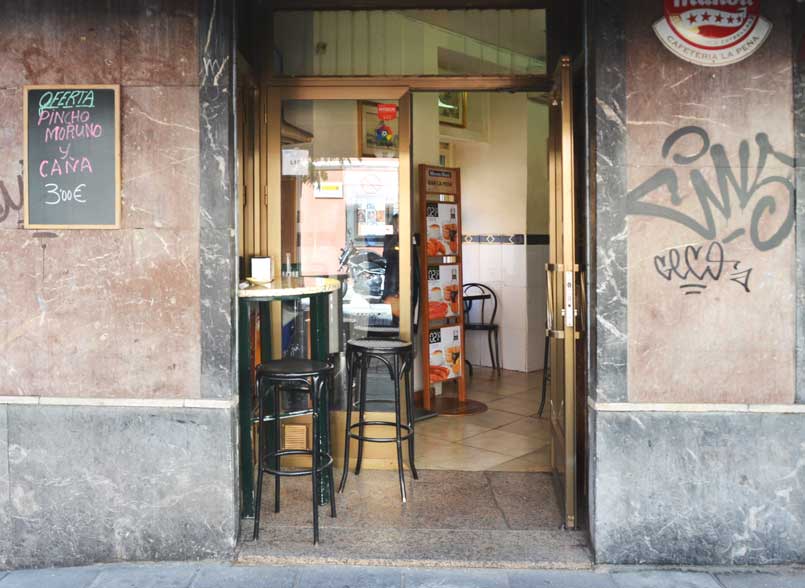 Bar la Peña is a real gem, and one of the last truly no-frills bars on Calle Santa Isabel. The young-at-heart owners, Isabel and Francisco, are a couple from a small coastal town in Galicia, and, like all proud Galicians, they take their pulpo very seriously.

Their bright and airy corner bar is narrow, charmingly asymmetrical and it has three cosy nooks overlooking the sloping side street down towards Lavapiés.

I often pop in here for a quick coffee up at the bar, but Bar la Peña is also a frequent stop on our Friday night Antón Martín raciones trail (some day I’ll take you with us). 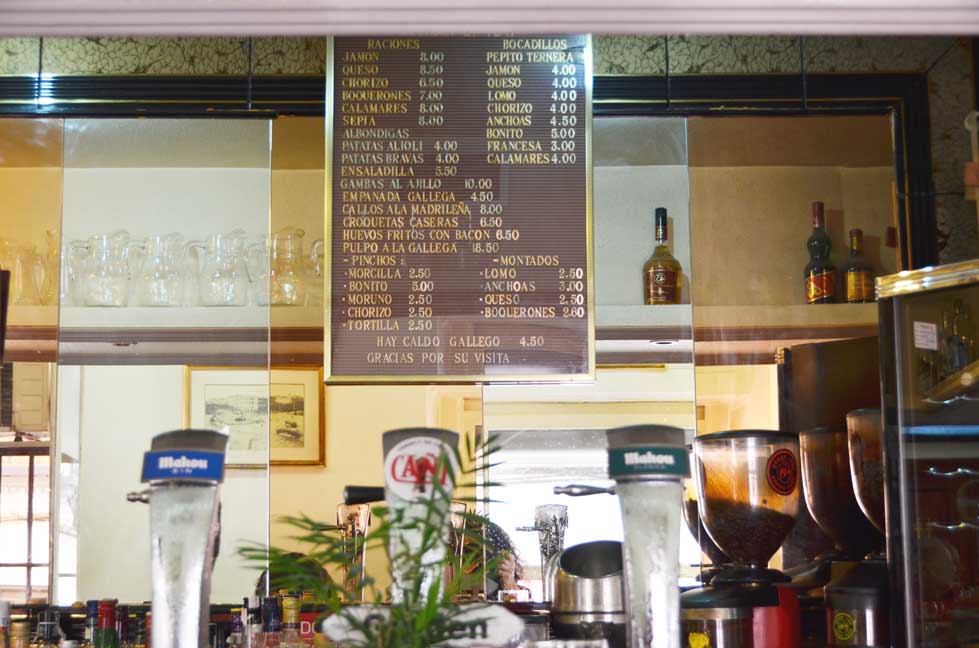 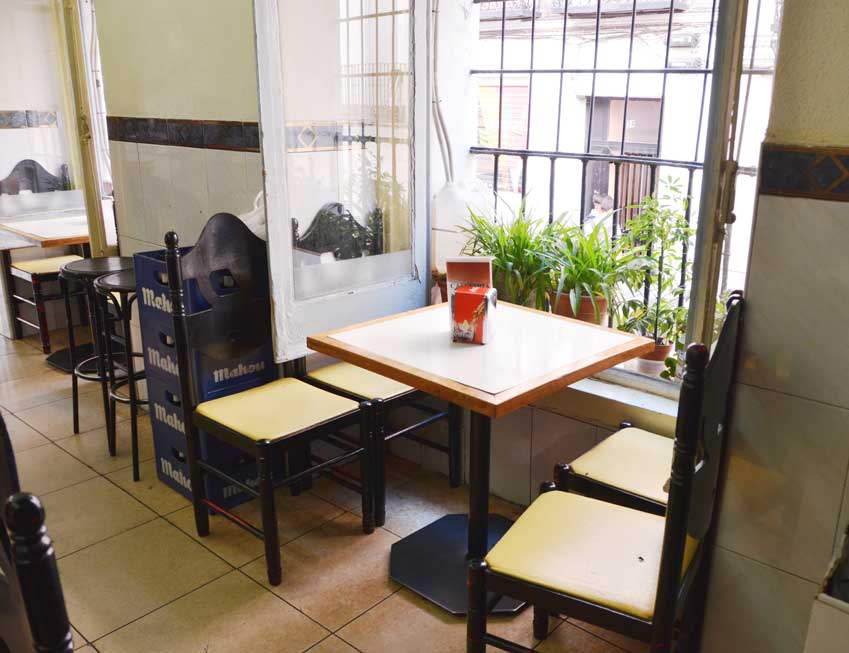 Bar la Peña isn’t as booming as it used to be – it’s the same old story as ever. Gentrification has refined their clientele to an older, more traditional crowd, albeit with a rush of younger patrons later on in the evening. Located directly opposite Mercado Antón Martín, the Galician bar welcomes the closing-time overspill from the market, right through till 2 am.

The area has changed a lot since Isabel and Francisco opened up a couple of decades ago. They say the neighbourhood used to be much more traditionally Spanish, which you can still really feel: there’s an old blacksmith’s around the corner, and right opposite Bar la Peña, there are many traditional greengrocers, fishmongers and butchers. Today one of the butchers is halal, and a few doors down from Bar la Peña there are several higher-end restaurants.

Bar la Peña is still going strong though, perhaps because it’s a beautiful bar, the food is good and the owners are lovely. Something else you’ll notice is how youthful the pair seem, and when I asked them what their secret was, they said: 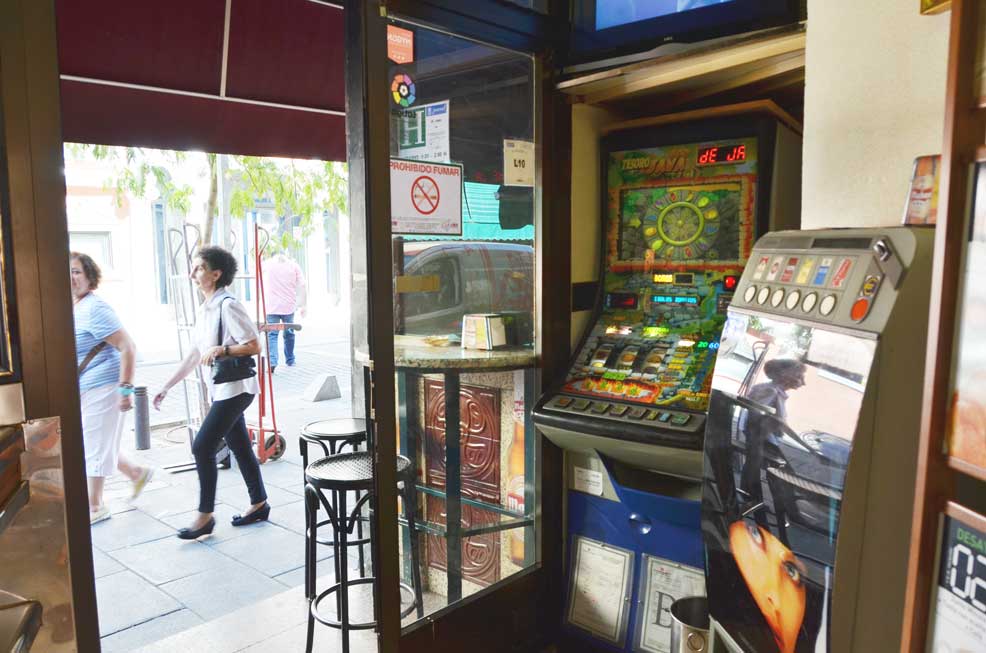 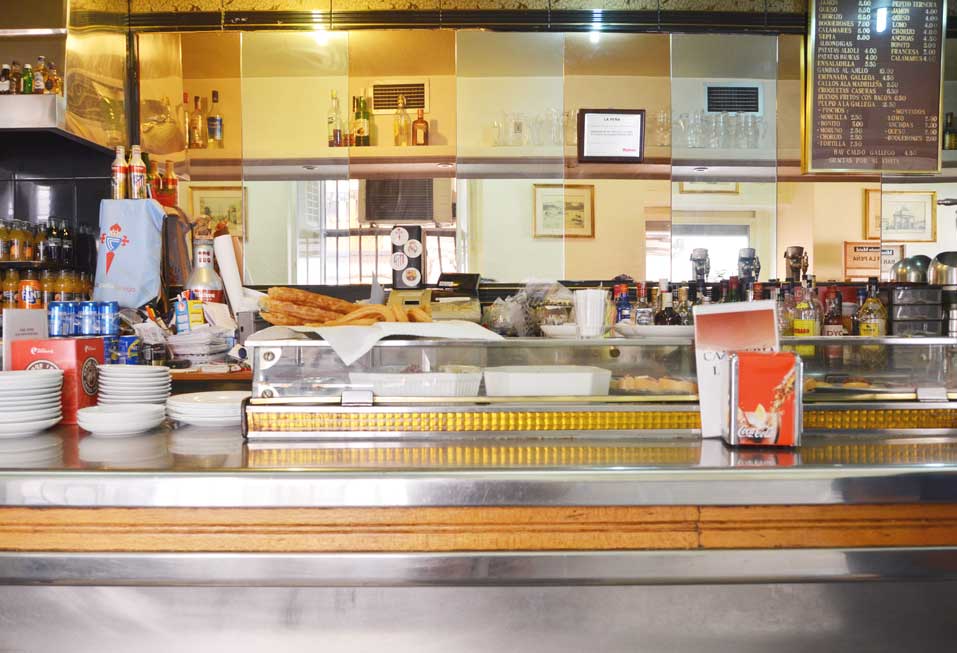 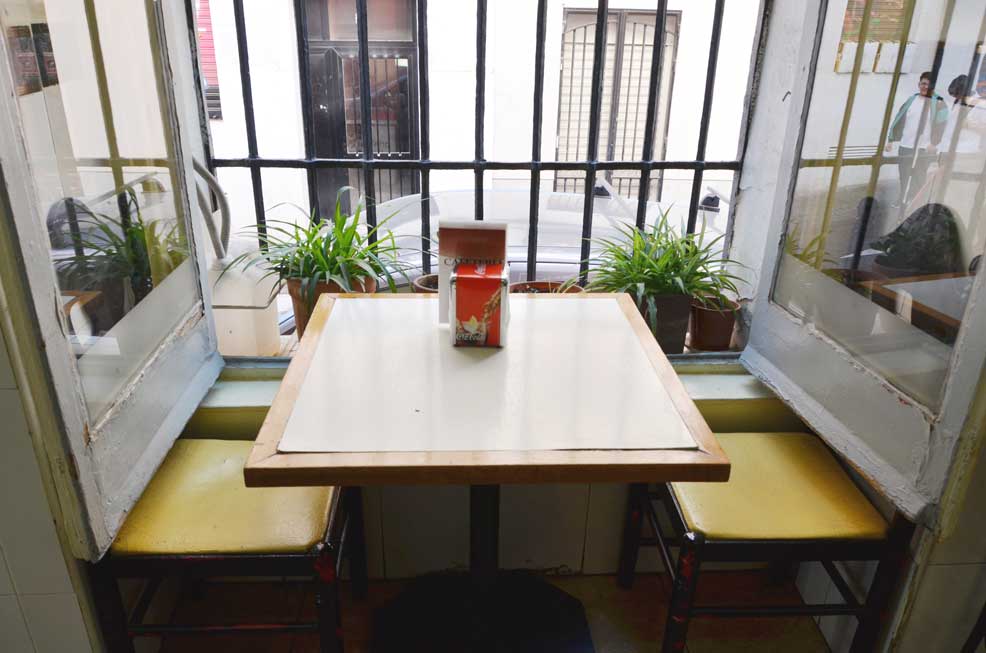