Dis7opía: when an alternative reality is actually today’s reality 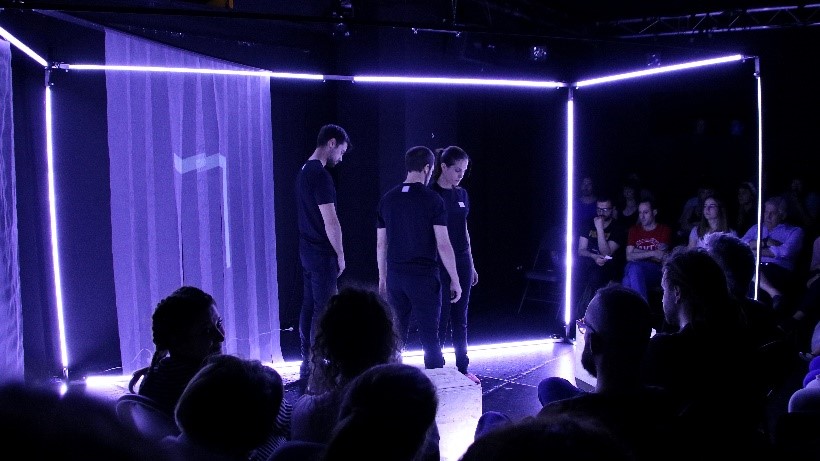 Over recent years, Black Mirror has become somewhat of a benchmark term to describe any remote attempt within fiction to present an alternative reality. However, Dis7opía, which is currently playing at Sala Intemperie in Malasaña, really is 75 minutes of pure Black Mirror – or at least as much as you can ask for with regards to genre, structure and attention to character in a 50-seat, no-frills venue.

Dis7opía is essentially a series of 7 different sketches which all cover themes of happiness, love and, most importantly, our increasing loss of humanism: a dying man whose cries for help are drowned out by a selfie-taking teenager; a couple in crisis over the end of their fixed one-year marriage contract; two people unable to experience love without a pill, etc. 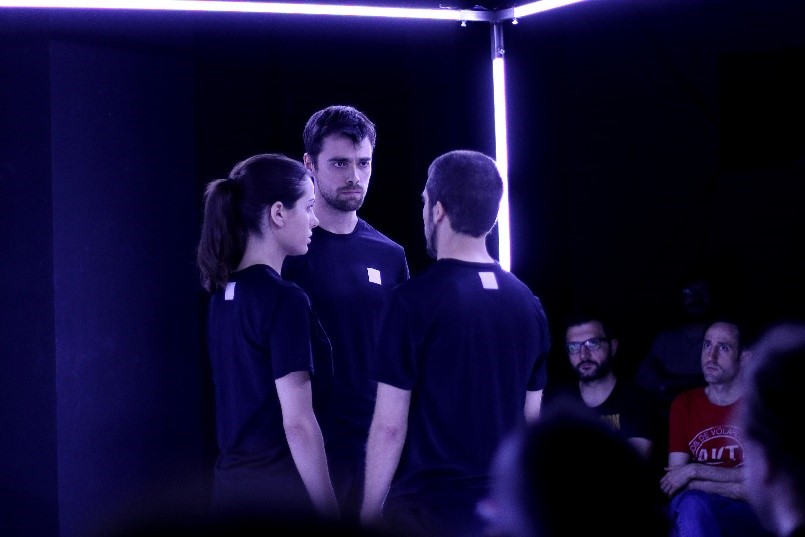 The sketches constantly return to a brightly lit, almost-purgatorial, white arena, which helps give the play structure. The blinding lights here serve to disorientate and confuse the spectator, just like the characters experience in their hapless quest for some sort of happiness. These intervals also feature a countdown, which gives an impeding sense of doom – an apocalyptic state that is void of basic human qualities.

The loss of humanism is present throughout Dis7opía, but without ever feeling forced thanks to the largely humorous situations and performances by Jorge Páez, Alba Fontecha and Javi Hernández, whose combined and varied acting provokes much laughter thanks to the clear direction by Juan López-Tagle. The play paints a bleak world in which everyone is uninterested, fickle and in desperate need for self-gratification. One where everyone has something to tell, but where no one has the capacity to listen – let alone empathise. 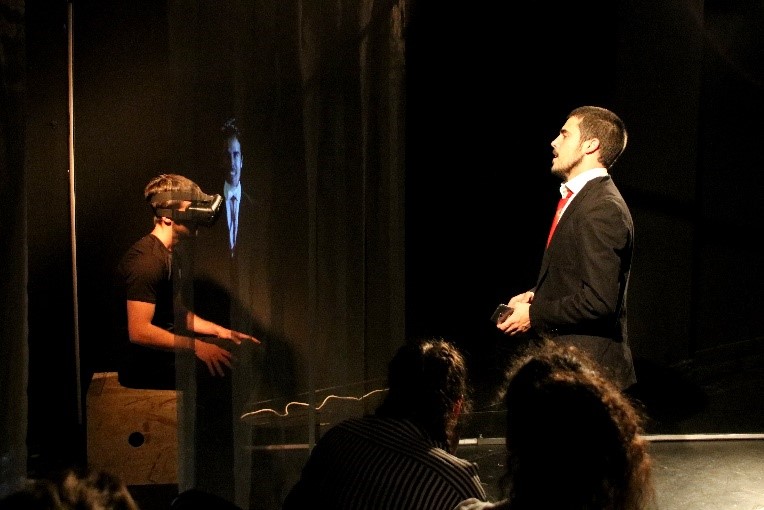 The writing by Esteve Soler is what really stands out as the driving force behind the piece, not particularly because of innovative ideas, but rather because of his mastery in pace, rhythm and plot twists. Paradoxically, the narrative always feels fresh despite the characters finding themselves in a stagnant state of boredom; just when we feel comfortable in our understanding of a situation, the scene is swiftly turned on its head and we are forced to reconsider everything once again.

Dis7opía is a damning snapshot of our current world and, given recent events both here in Spain and further abroad, it really couldn’t seem more current, which it attains through unforced and comical metaphor. It is off-Gran Vía theatre at its best, which will – albeit briefly – have us examining our own (lack of) human qualities.

Spanish difficulty rating: the play is suitable for intermediate speakers. It uses everyday vocabulary and all the situations can be grasped fairly easily. It also helps that the sketches are fairly short, which lends itself to those of us who have short attention spans when listening to the Iberian language. 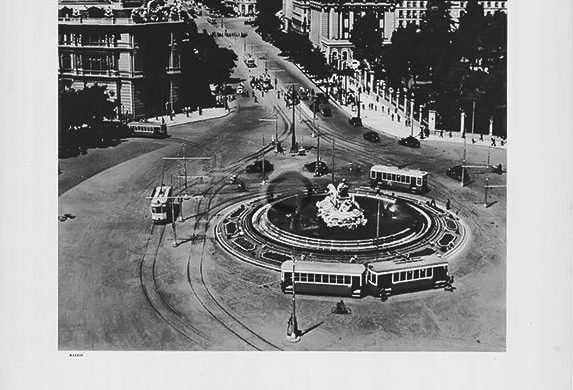 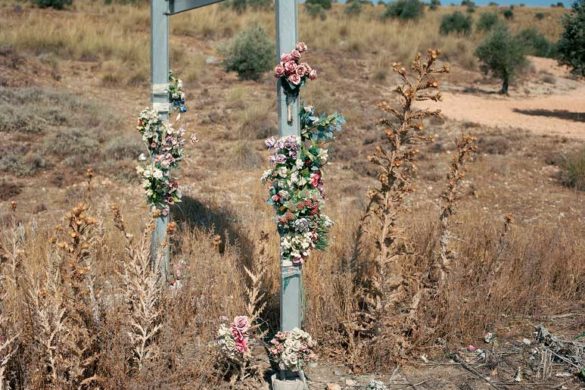 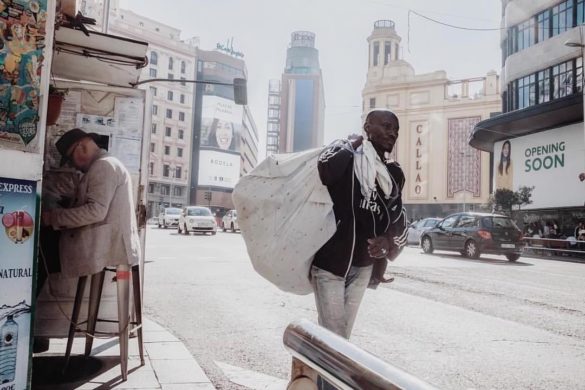