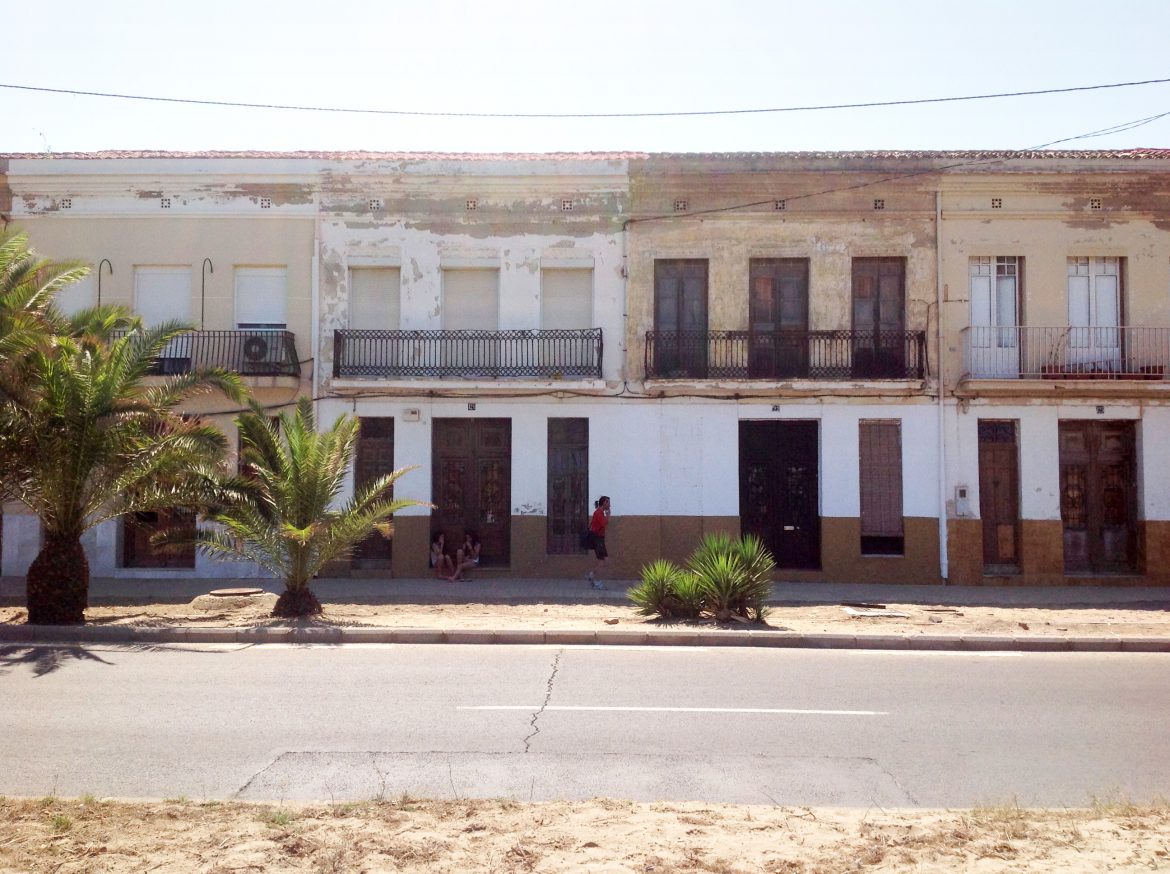 Five years ago, I was walking through the deathly quiet streets of Valencia’s old fishing quarter, Cabanyal, and felt like I’d rediscovered a deserted Spanish outpost. The sea breeze carved through the gridded, art nouveau streets, creating enough white noise to hear nothing but my own thoughts. 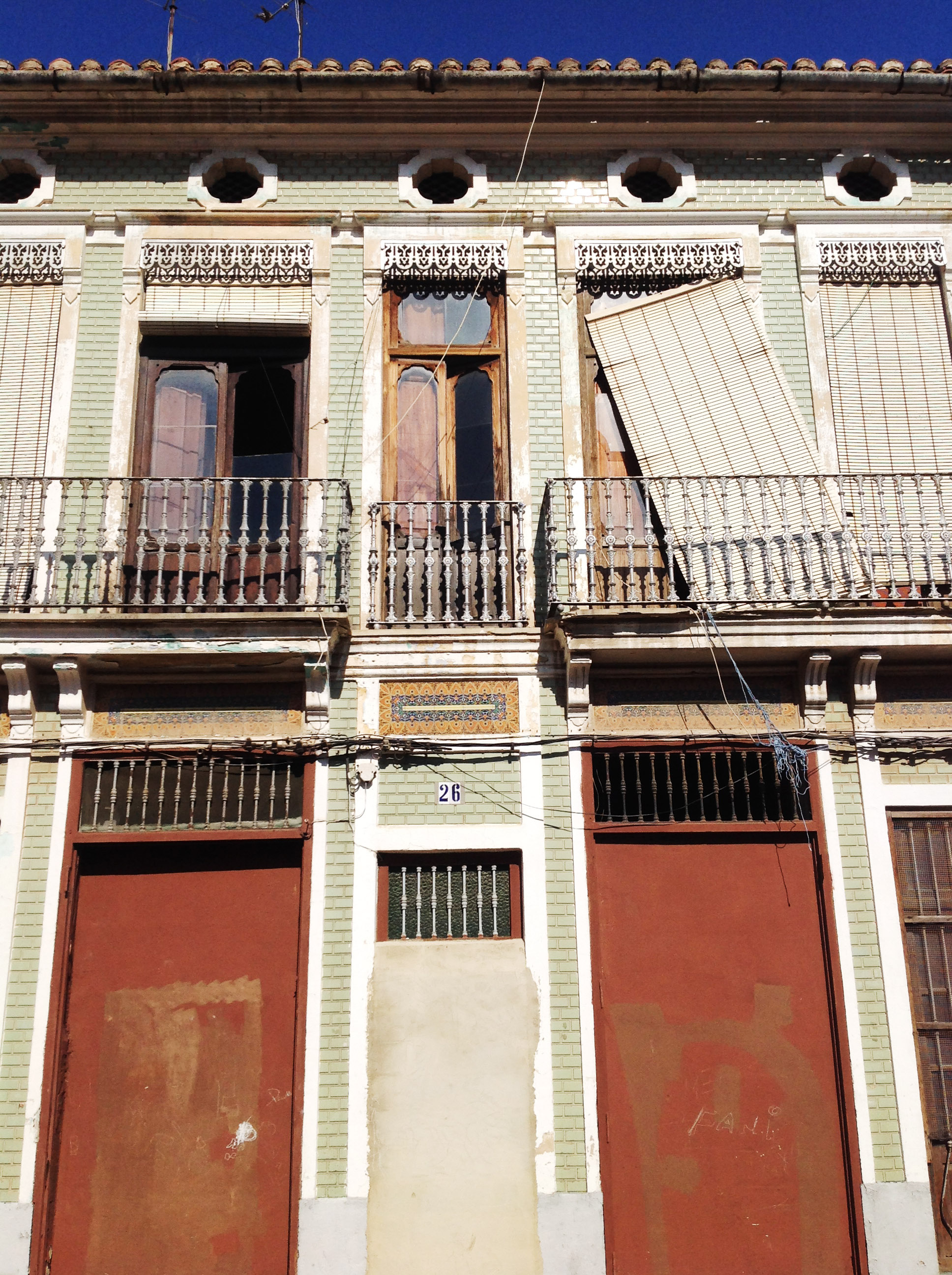 Suddenly, I’m grabbing hold of my heart to stop it shooting out of my chest! A falling tile has smashed just metres behind me, and my skeleton is already speeding off into the distance! Had I gone looking for it, I’d have found it propping up a no-frills bar, no doubt, with a caña to sooth what nerves were still attached. But instead, I turned a corner and continued walking through the pretty streets until I found life. 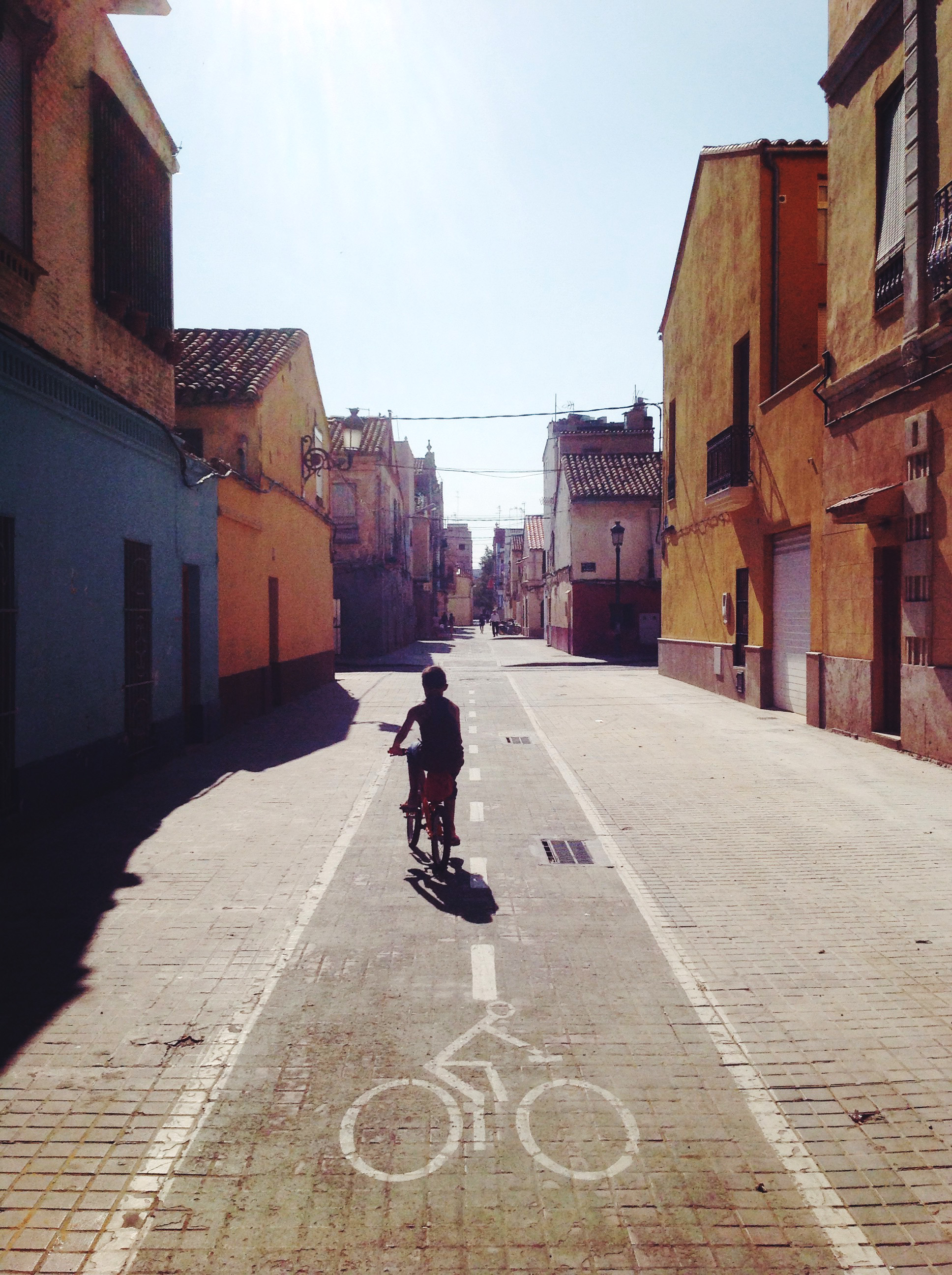 The little boy was doing loops of his block, where I found the rest of his family sitting outside their ground-floor flat, the contents of which were sprawling the street. A sofa, lamp, table, TV and a few white plastic chairs were all on the wrong side of the door and it looked like the family had just been evicted, but, the TV was on…

In Cabanyal, when it’s cooler outside and few people pass by, why not take to the streets? Literally. 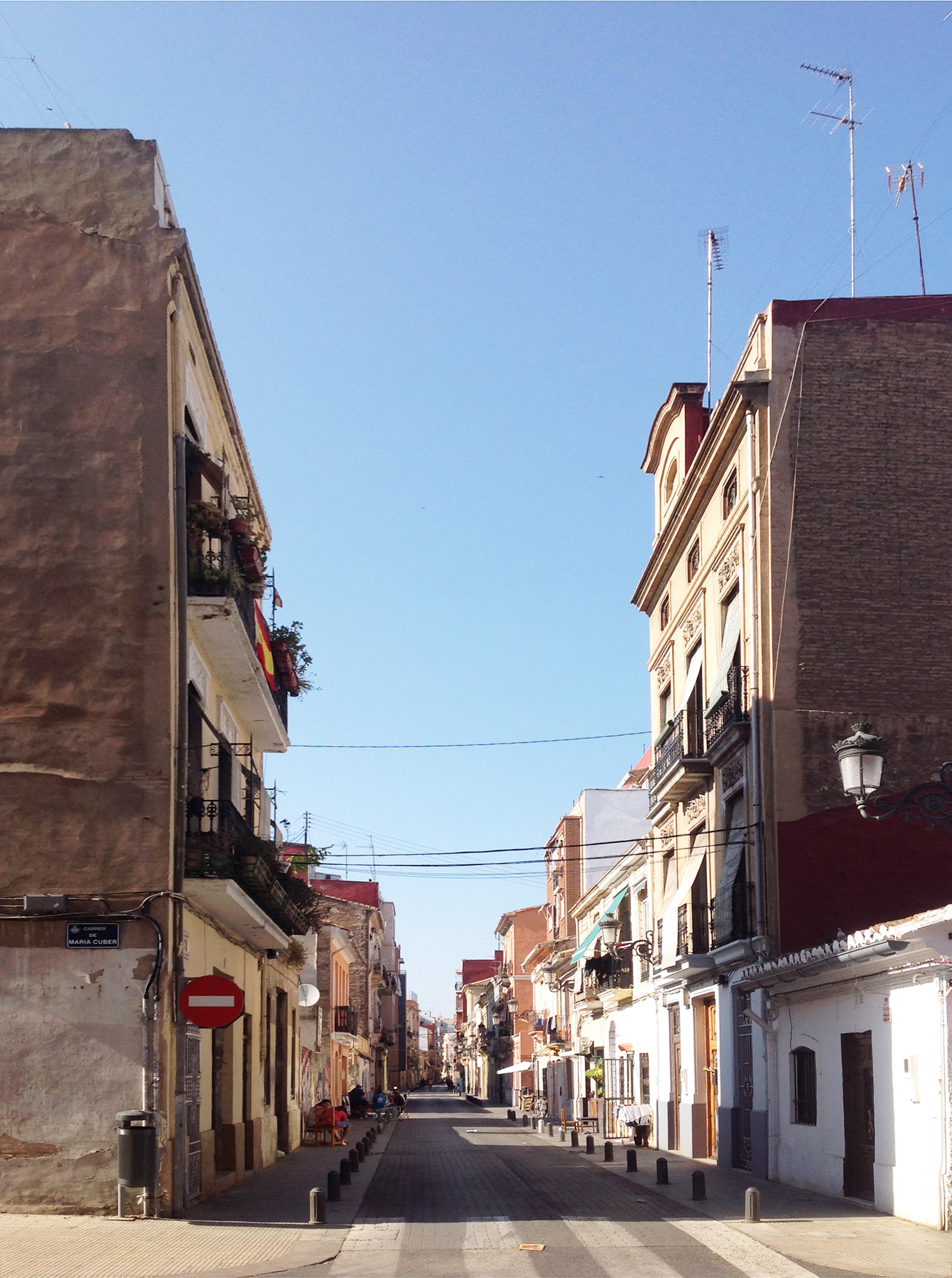 I noticed a lot of anarchist squats in the neighbourhood too, occupying crumbing, eclectic buildings with beautiful facades. The whole area felt very much like Lavapiés once upon a time. 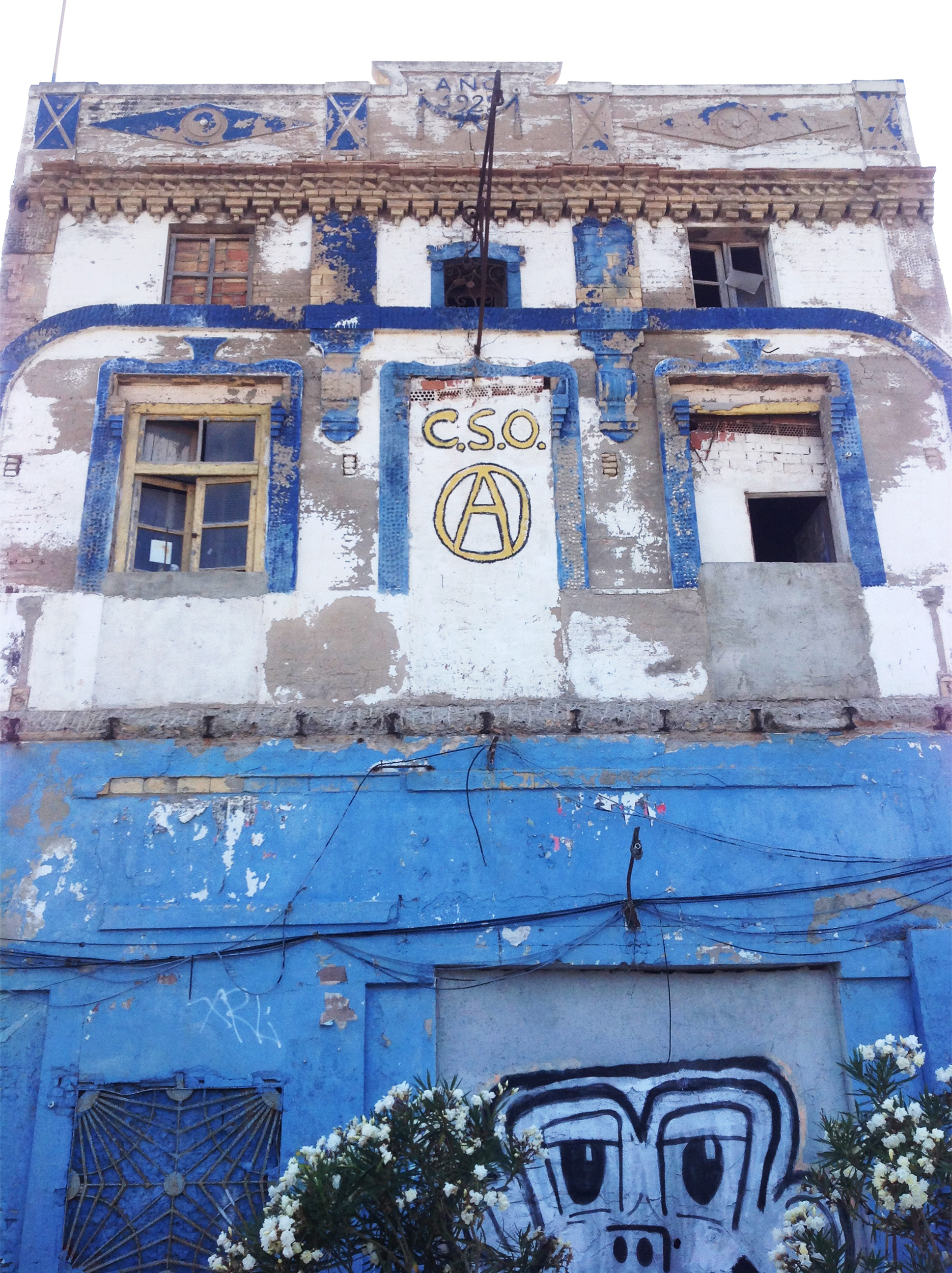 I kept wandering and saw more and more of the Spain I love and increasingly long for. 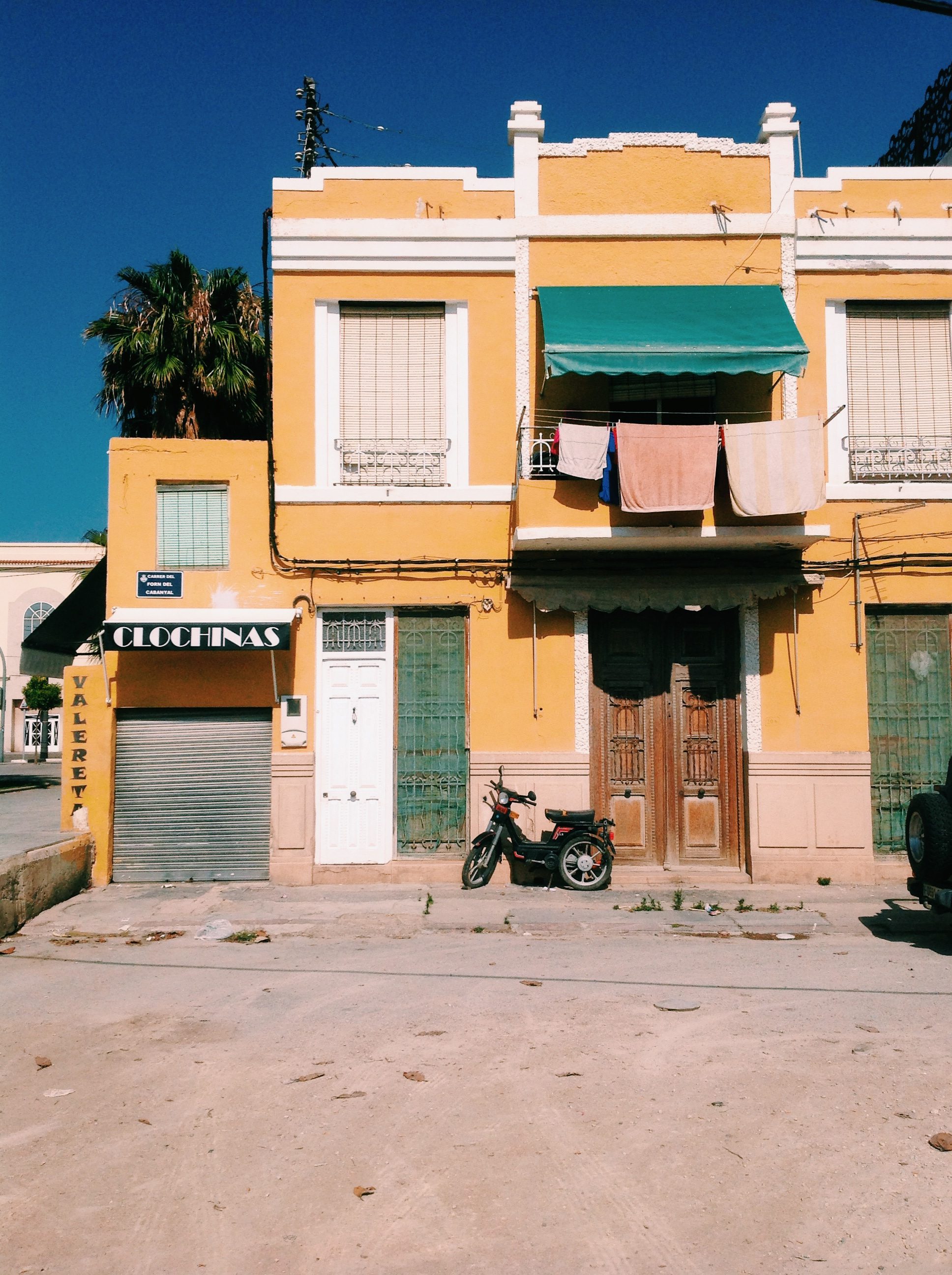 But, many of the beach-front townhouses were abandoned. Fragments of tile and grout pulled away in the wind, joining the sandy expanse on the other side of the road. 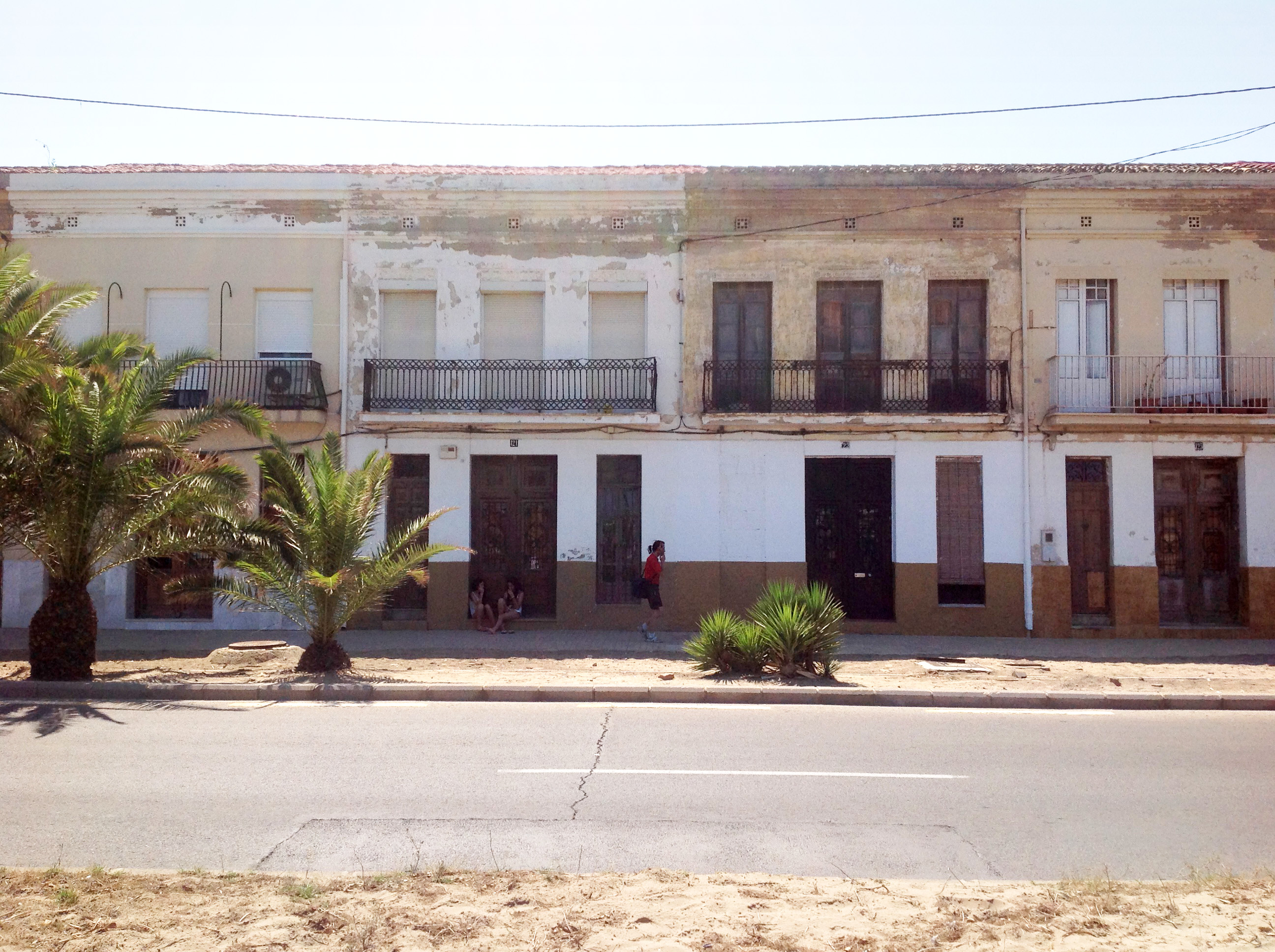 Then, I stumbled across what appeared to be a bit of regeneration. The building looked quite different to the others. It was taller, newer and tile-less. 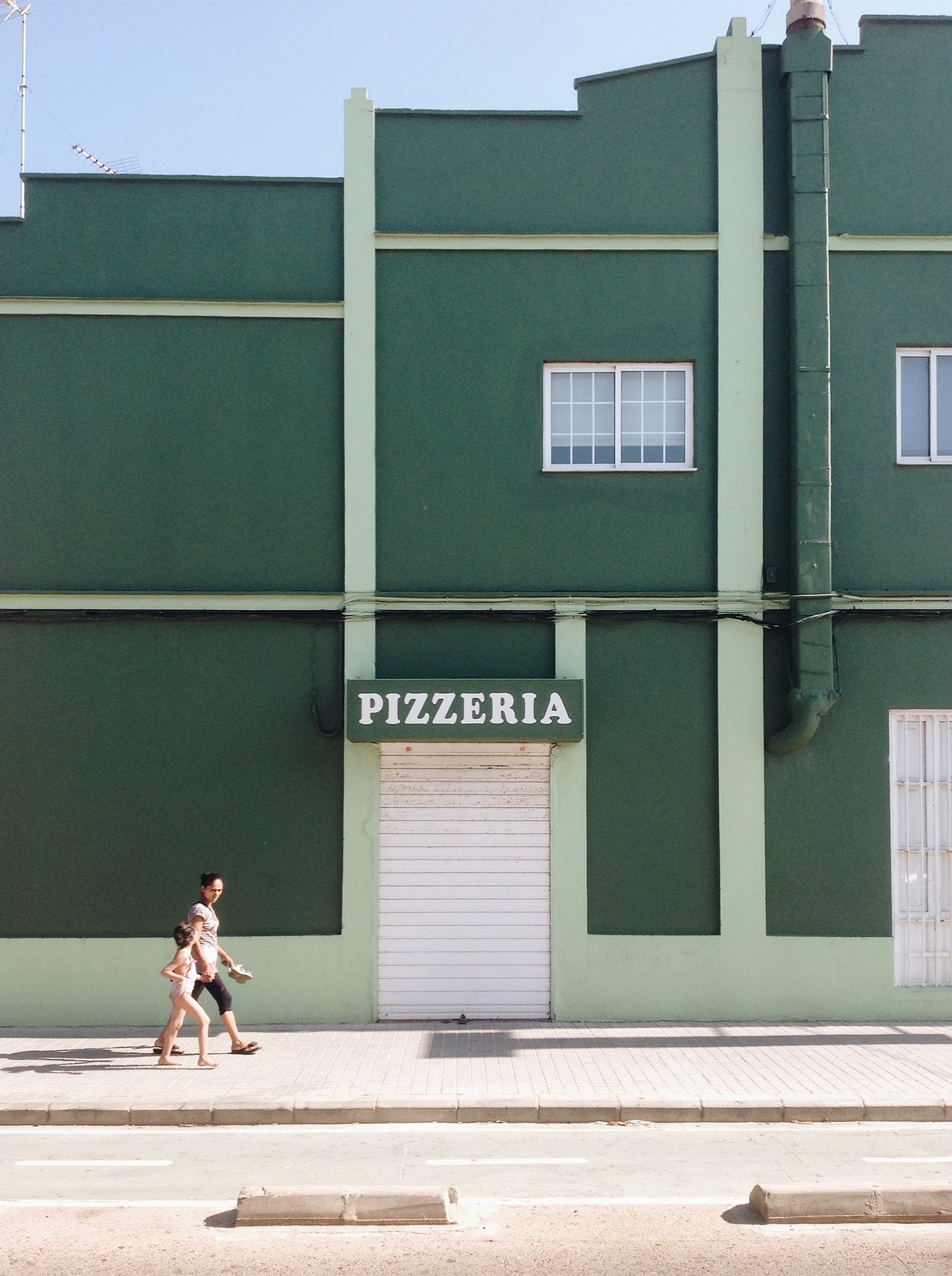 I took this picture, as I do quite obsessively with most things that capture my curiosity, and put it in the bank for one unpredictable day in the future (just like now). I continued wandering until my unplanned route brought me back to the centre of Valencia, equipped with a chest of sun-bleached memories of barrio Cabanyal to treasure.

I heard through the grapevine that a lot has changed since I was last in Cabanyal, so I checked in with an old friend, Marta, who grew up in Valencia and returned back there recently.

Cabanyal is where everyone goes out now. It’s a real nightlife spot – super gentrified, almost like Ruzafa. There are only a few families who still hang out on the streets. The rest have moved away, or to the next neighbourhood, Malvarossa.

Yeh, there are groups trying to stop this happening. They’ve been fighting hard since 2009 when the PP threatened to demolish 1651 homes. The neighbours made human shields to stop the bulldozers, and it worked! Their houses were saved! In fact, even after more threats to destroy the neighbourhood, it was finally crowned a protected cultural heritage site in 2016.

Success was short-lived. In the three years that followed, bulldozers were replaced by gentrification, and destruction and displacement of a whole other kind are now well underway. The cat and mouse game has, so far, taken many long-time residents to the neighbouring barrio of Malvarossa, where their neighbourhood spirit thrives in scattered pockets.

It must be strange looking back over the invisible barrio border – back into your old life – and see it change before your eyes.

Cabanyal is turning into squares of ghost buildings and street art, but there are still lots of no-frills places here that hold the true essence of the barrio, and which I hope we never lose.

Bar La Pascuala is very popular with locals, as is Bar Carrion. Bodega Flor has all the no-frills features we all love, and there’s a nice terrace on Hermanos Haro. And why not hop over into Malvarossa to Bar Adelina for some paella.

And here we are in Malvarossa, five years ago, where my obsession with the white plastic chair began… 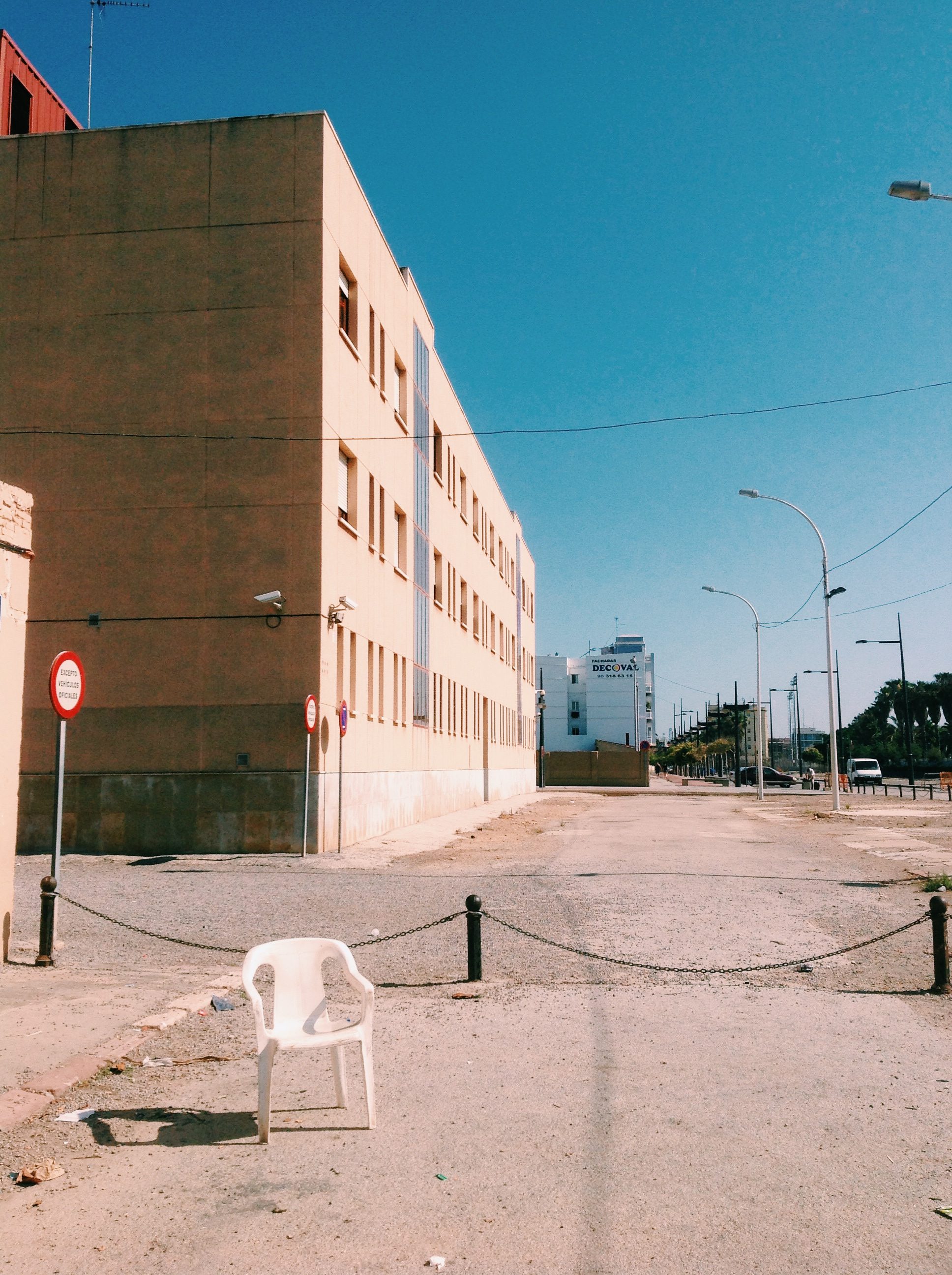 Hi. My name is Nicholas and i live in Alcalá de Henares(less than 30 kms away from Madrid). You should come to visit my city because some of the neighborhoods are frozen in time,between the sixties and the seventies(the famous tv series “Cuéntame cómo pasó” was filmed here for years). There are a lot places in my hometown that are worthy to take photos and great bars too. You are welcome if you want to come,anytime soon. I could be your personal tour guide!

Hi Nicholas, the amazing no-frills tips are now on the list, and I may well take you up on your offer 🙂

🎇 It was the last night of the epic San Cayetan

Welcome to the thinnest building in Lavapiés, fou

That quiet time of year when you can really feel M