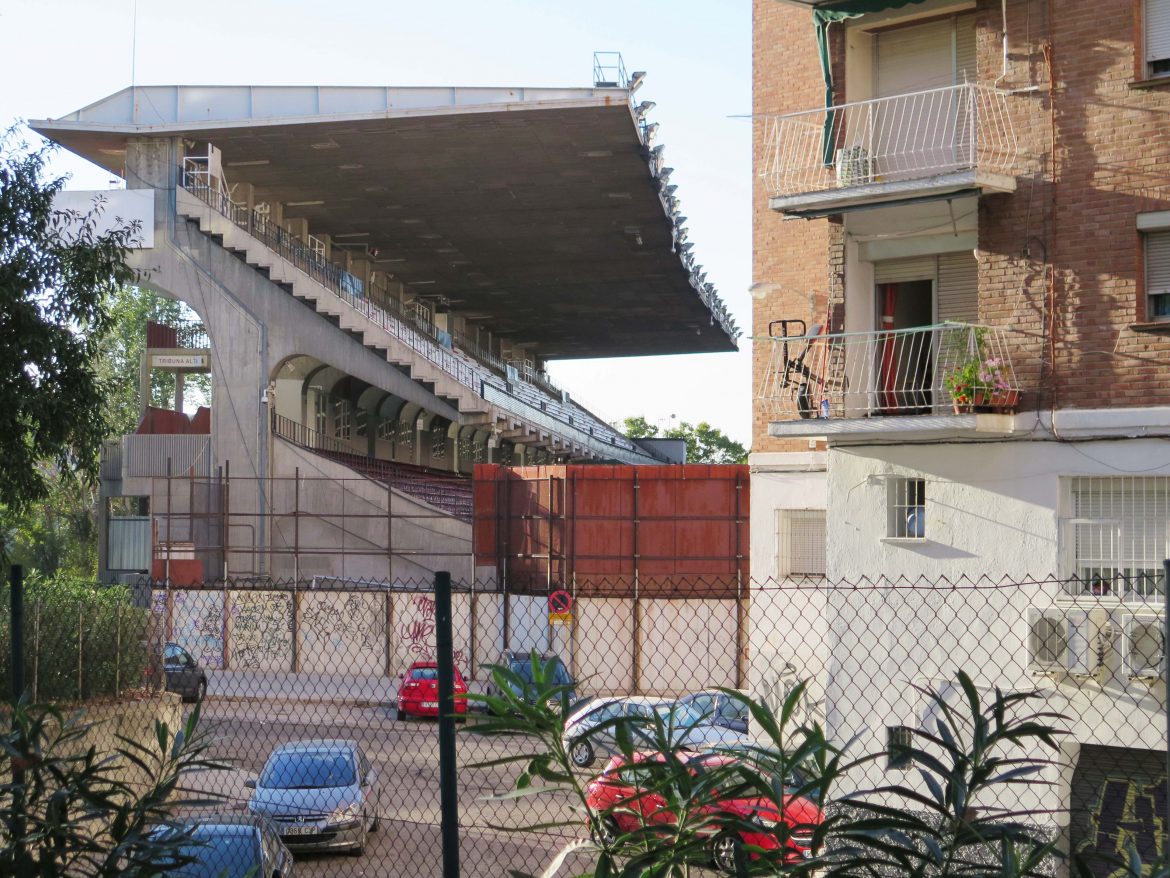 Eighty-three years ago to the month, in 1939, the old Vallecas Stadium was converted into a Francoist concentration camp. In the first four days of April, which were also the first days of a dictatorship that would last 36 years, Franco’s troops crammed around 9,500 people into the old football stadium in Puente de Vallecas.

The Vallecas Stadium concentration camp appears to have been a temporary holding facility and execution site. Testimonials from survivors confirm that the camp was open for between two and four weeks, and that many people held here died in this short time from disease, starvation and the cold, as well as maltreatment, torture and executions.

Those who were fortunate enough to not be incarcerated would throw food, clothing and medicine over the walls of the stadium, but despite efforts to keep their neighbours alive, gunshots from the camp could be heard echoing throughout the neighbourhood daily. This horrifying and short-lived sound would throw the barrio into a decades-long pact of silence, even as the camp was dismantled and a new normal resumed.

With Franco wanting to establish his ideology as soon as possible, the camp was cleared and football matches swiftly resumed. Photographs taken at the time show writings on the wall painted during the stadium’s brief era as a concentration camp, while players and spectators cheered on and pretended everything was okay.

People feared talking about the barrio’s horrors publicly all the way up until Franco’s death in 1975, when Vallecanes were finally able to vocalise these memories. But, even then, the ‘Pact of Silence’ agreed by the government for the transition to democracy kept those memories from coming out. As a result, stories were buried with those who lived them before the chance to officially record them, but Vallecas didn’t forget. Having their football stadium seized and converted into a concentration camp was a humiliating defeat for a barrio that was among the fiercest in its defence during the Spanish Civil War, and this legacy lives on.

Today, Puente de Vallecas is where some of the most organised groups of anti-fascist youth live, and from where many anti-facist marches and rallies set off.

The current Vallecas Stadium, completed in 1976, is built on the site of the old stadium. Although the old stadium is gone, its memory isn’t. With Spain’s new 2021 Historic Memory Bill, and by slowly sharing these dark stories among ourselves, once-buried secrets such as the history of the Vallecas stadium are beginning to emerge across the city.

Other football stadiums around Madrid, including the old Metropolitano Stadium in the north of Madrid (now Plaza Ciudad de Vienna) and the old Viejo Chamartín stadium where Real Madrid played (now the Benabéu) are also former concentration camp sites.

A further 300 monasteries, convents, castles, factories, schools, warehouses, bullrings across the country were also converted into Francoist concentration camps – you can find a map of all rediscovered camps here, although many remain unfound.

Journalists of the Future course enrolment now open for May 2022!