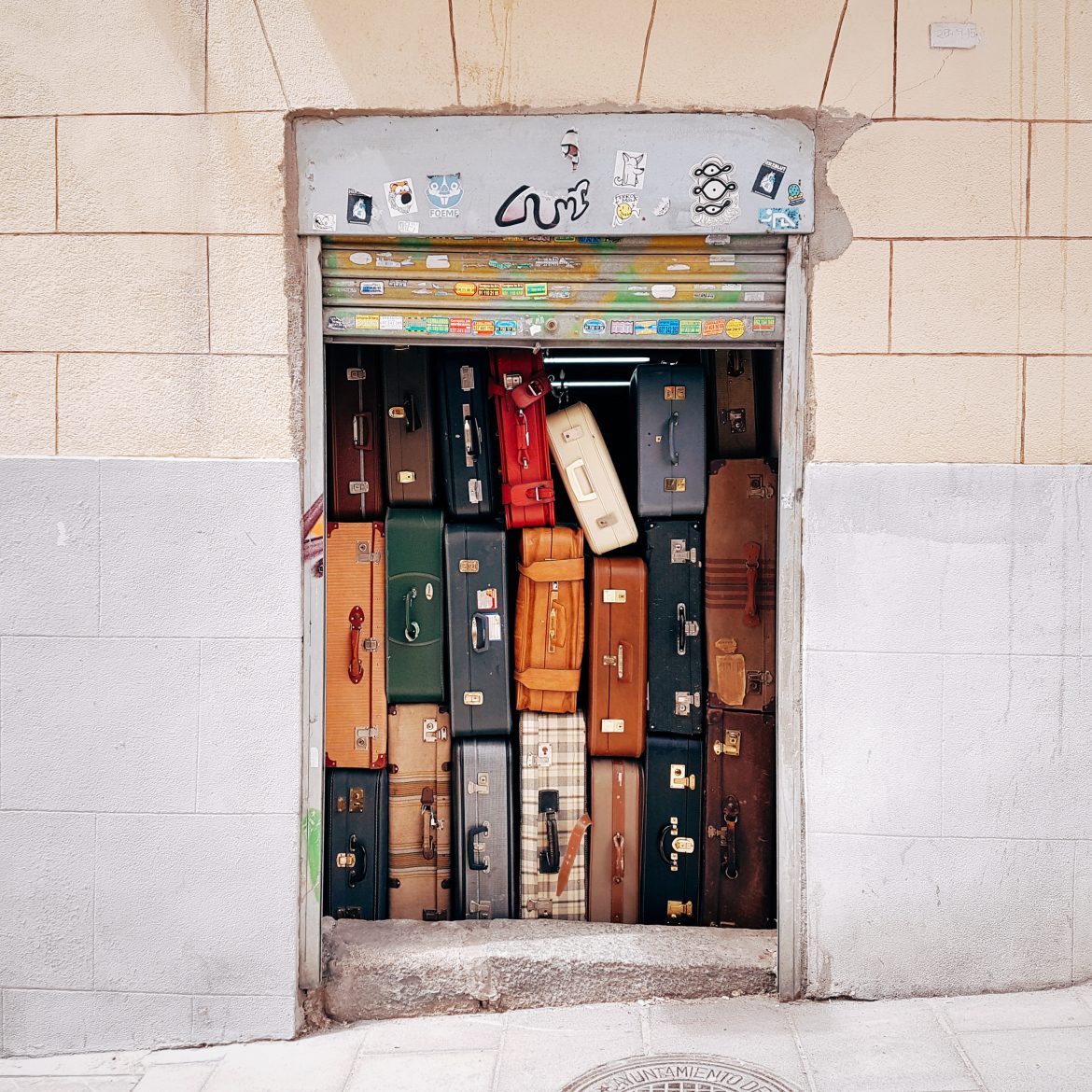 “Is it busy out there?” asks Isabelle, owner of La Casa de Maletas in El Rastro. That day was the first day of the Rastro for eight months, since the pandemic shut Europe’s largest open-air flea market down in the second week of March.

It feels so good to be back.

Isabelle tells me that she’s been running her shop for 16 years with her two sons, who are all wearing white jackets making them seem like experts in their trade somehow. But Isabelle doesn’t need a white jacket to prove that she knows everything about vintage suitcases as she takes me on a very mini tour of her 1,000-strong collection.

“Many of them have stickers on of old hotels. Some of these hotels still exist, and others have since been demolished. These stickers used to be a source of pride for the traveller, especially if you stayed in a fancy hotel.”

“Take a look inside of this one, can you see the pattern? They don’t make suitcases like this anymore, with the beautiful floral prints inside.”

“And this one, which is an old trunk that is probably more than 100 years old! It’s make of solid mahogany and has lasted well.”

“This one is for hats, which is why it’s round. And these are baskets for picking mushrooms. Did you know that it’s the law now when you pick mushrooms to then place them in a straw basket?”, she laughs.

I also notice some very kitschy suitcases made of straw…

And the details of each case…

I ask Isabelle about the sales she makes, as I notice a lot of people come and go, excited to see this living museum of items that have conquered the world and retired to a small corner of El Rastro, but never buying anything.

“We rent them out to film makers who use them for retro film sets. Sometimes they come back in a poor condition though, how can they treat these suitcases so badly! I tell them they can’t have them again.”

The unit in which Isabelle’s shop sits used to be a churrería, and maintains its original ceiling and brick walls.

It’s a beautiful little building, from what you can see of it tucked behind 1,000 vintage suitcases.

The Casa de Maletas is featured in the Accidentally Wes Anderson book (P221), which you can find here.

I’m also finally selling prints of the Casa de Maletas! Head over to my gallery and tell me what size you’d like!