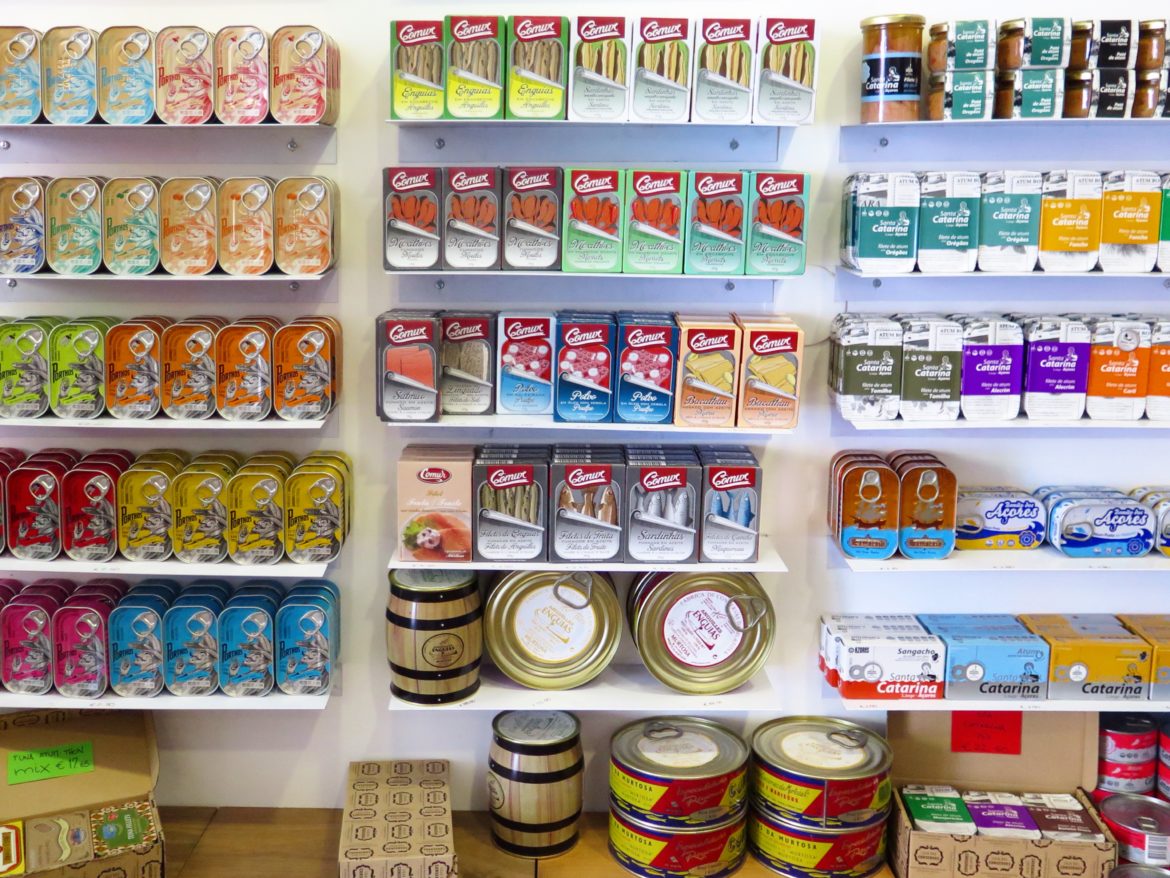 Madrid is known for its plump, deeply-coloured Mediterranean vegetables, melt-in-your-mouth jamon and all that fresh seafood shipped at the speed of sound to the land-locked capital. Yet pick a random bar and you’ll probably only find one out of three of the above.

One hot summer evening some years ago, we were walking around Madrid hoping to stumble across a good old standy-up no-frills place to eat. Because of the heat, we were really only after something light like a salad and maybe a bit of cold seafood. We found a beautiful bar: it had ceiling fans, tiled walls and was full to the brim of merry people crowded round wooden wine barrels, but then a friend said, “Ah yes this place? It’s probably not what we’re looking for: it’s a tinned food bar”.

A tinned food bar serves mostly preserved foods: jamon, cheese, olives, pickled vegetables and tinned seafood like cockles, tuna belly, sardines, pilchards, anchovies and mussels. They may also serve basic food such as sandwiches, but they don’t have a kitchen – all food is prepared behind the bar.

All those big juicy mussels in Spain won’t be found in a rustic marisquería all freshly steamed in a white wine jus, they’re in their own tin in the glass display of a neighbourhood bar, ready to be plonked on top of a pile of ready-salted crisps. That’s because when the boats comes in, the best of the catch is nabbed from the net and sent off for canning immediately. The process of sea-to-can is still done by hand and mostly by women. There are huge factories with rows of ladies wearing plastic hair nets sat at long marble countertops, delicately de-spining and trimming anchovies before neatly placing them into tins of oil, ready to be sealed.

Larger fish are filleted and put into a jar with olive oil and salt. The jar is then sealed and boiled so no nutrients or vitamins are lost. Even if you buy a fresh fish from a market and cook it yourself, it will already have lost a lot more nutrients in transit than the preserved version.

In Lisbon, tinned fish is possibly even more popular. Here’s a photo of a tinned seafood shop selling mostly tinned anchovies. There were dozens of brands, a few of which were pretty funky, potentially aiming to bring tinned seafood back into mainstream culinary fashion. They were like collectors items – something Andy Warhol might have painted. 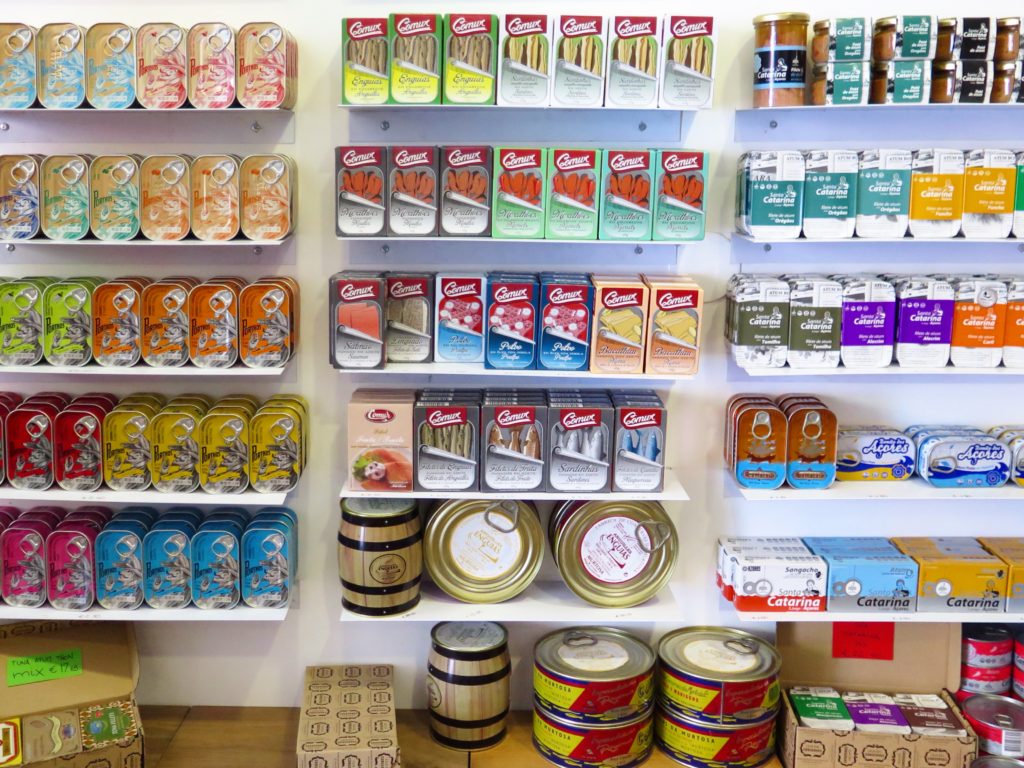 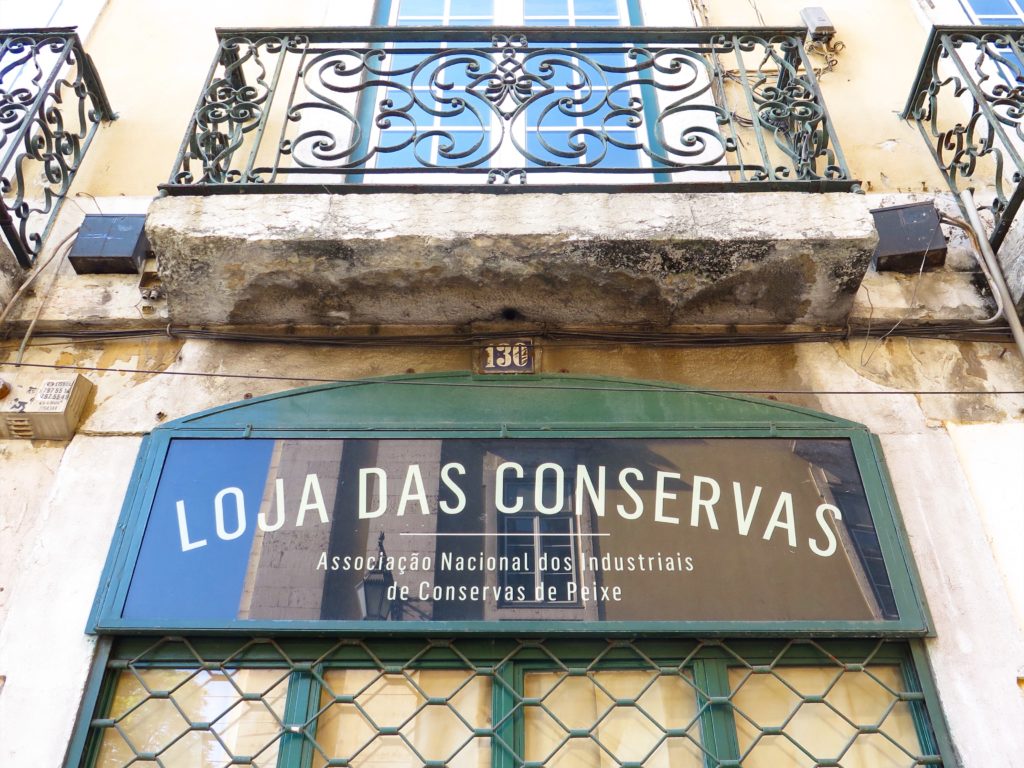 In London, Maximilio Arrocet from Spain has just opened up a tinned seafood shop called Tincan, which was in fact inspired by a tiny tinned food bar in Lisbon. A similar shop in Madrid, La Conserva, is pushing the tinned seafood idea too. Across the UK, tinned sardines from Spain and Portugal are also on the market for quite a few bob! Here’s a photo of a display in a leading department store: 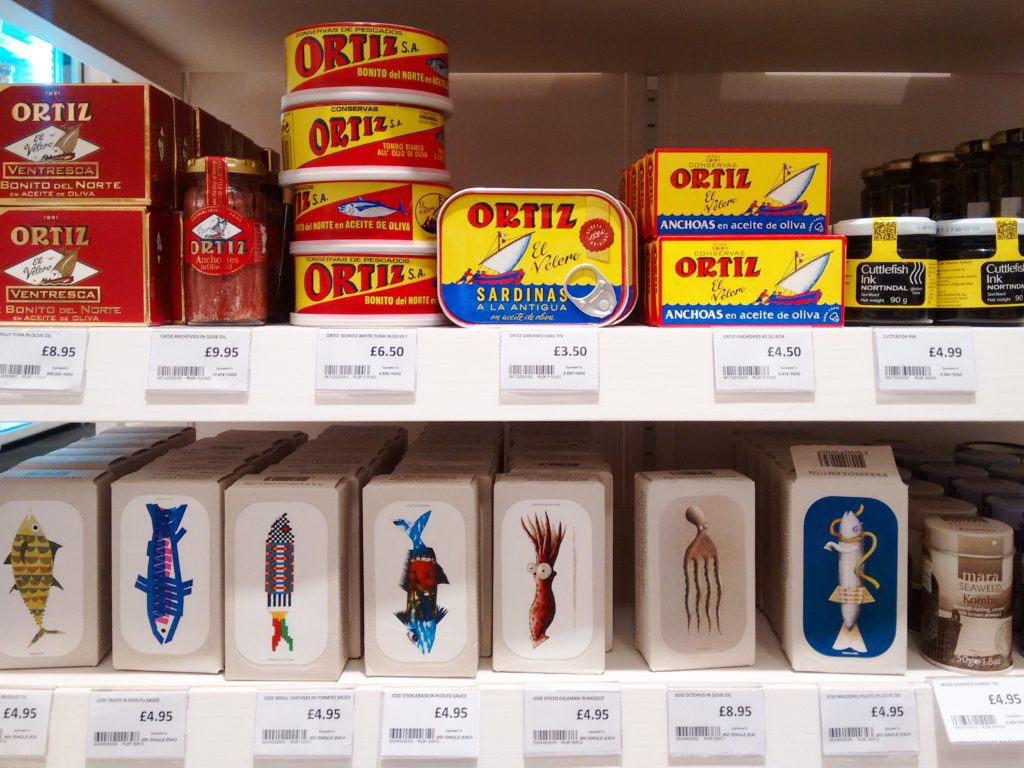 Once the only way to ensure that fish got from the Mediterranean to the dry capital without perishing, dried salted rolls of cod remain a popular nostalgic ingredient that Spain just won’t let die.

As well as Spain, it’s popular in Portugal and other Roman Catholic countries due to meat being forbidden on Fridays, leaving cod being the King choice for supper. 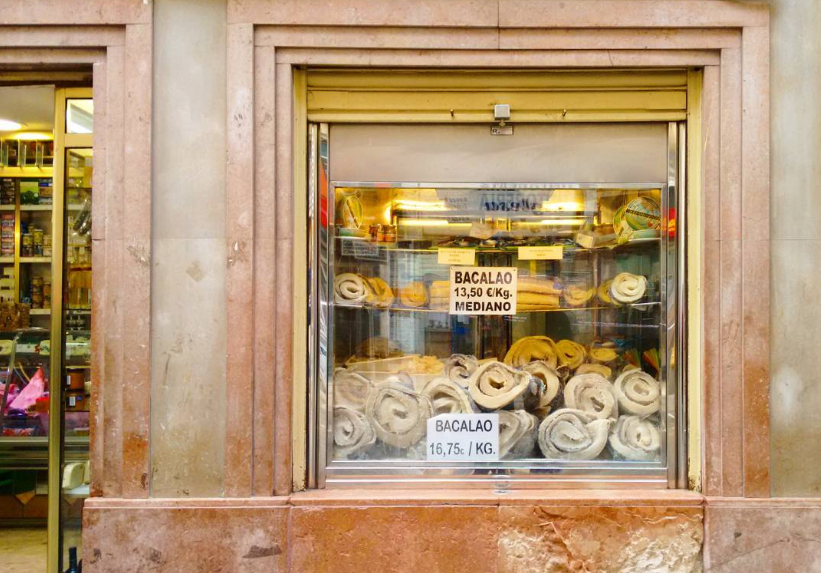 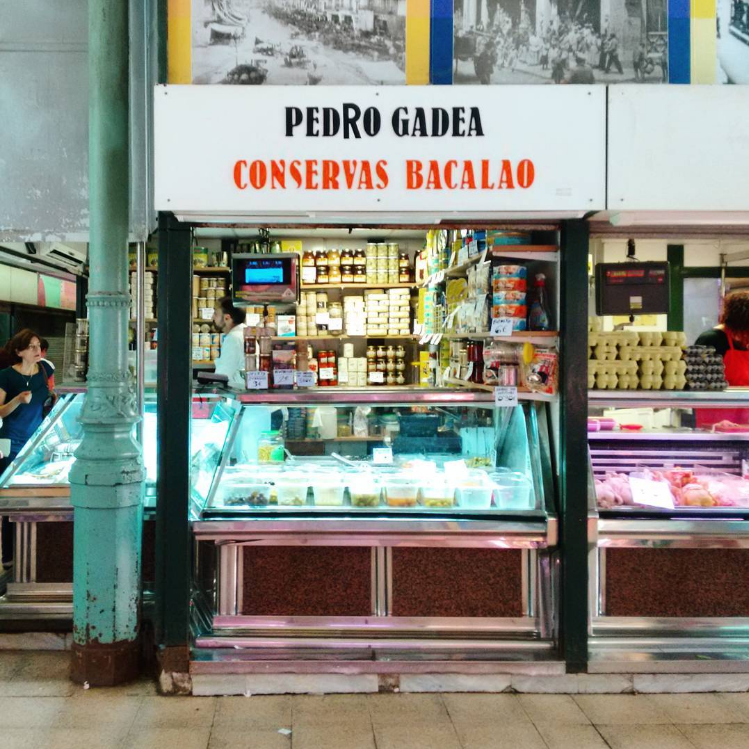 These are a popular tapita everywhere in Spain and are often very spicy. Arguably the most famous place to pick up a cocktail stick of pickled vegetables is Aceitunas Jiminez in the Rastro. They’ll also sell you a white plastic cup of everything they have, from olives to anchovies. It’s a great place to kick off your afternoon of tapeando en el rastro. 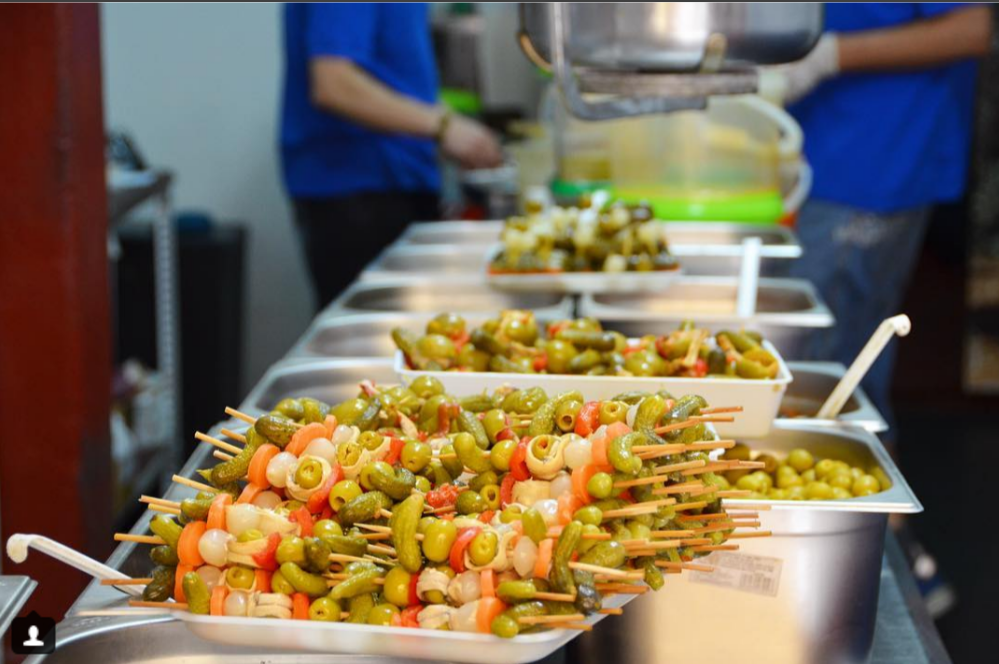 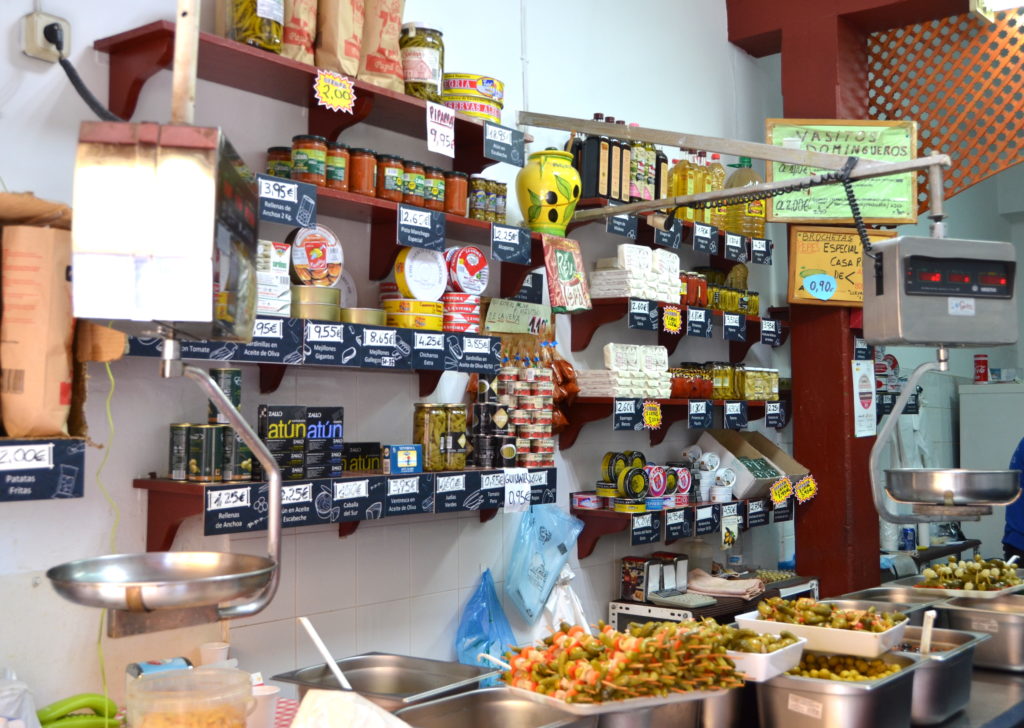 The tinned food craze is sweeping the hipster capitals of the world but Spain has long been aware of the treasure inside these little tins, and as the phenomenon of tinned food regains momentum, Madrid is unknowingly fronting it. So next time you walk past a tinned food bar or think twice about opting for a tin over the fresh stuff, you needn’t worry because you’re actually eating the best seafood in Spain.