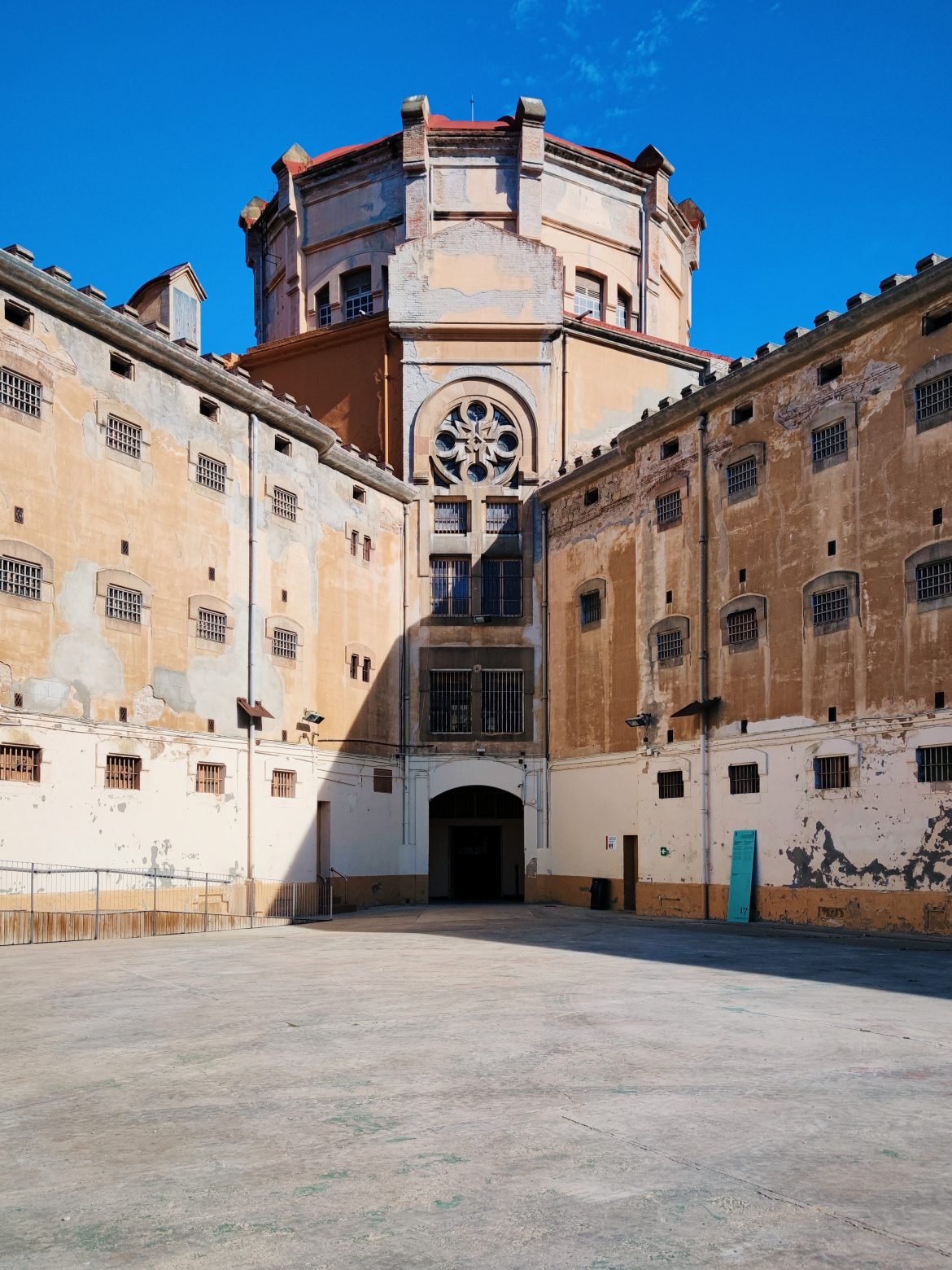 Welcome to La Model Prison, built 117 years ago on the then-outskirts of Barcelona. The city has expanded around it and Barcelona Sants Station, where the train from Madrid pulls in, is right in front. Inside, however, the prison remains exactly as it was the day inmates were relocated, just four years ago.

The prison was built as one central polygonal body, where the guards were located, from where six wings with 100 cells each spanned outwards. This structure allowed surveillance and control and would become the archetype for many other prisons in Spain and Latin America, including the Cárcel de Carabanchel in Madrid.

During the Franco regime, La Model housed thousands of political prisoners, especially during the 1940s – the great postwar repression – and became extremely overcrowded.

Throughout the 20th century, as Barcelona grew around it, La Model became a place where gitanxs, trade unionists, activists, students and antifascists were imprisoned. Following an authorised execution, they organised a silent protest inside the prison. Prisoners stood up in the courtyard, like a still and silent flash mob. The guards didn’t dare disturb them nor stop them as it suddenly dawned on them the scale at which the prisoners could communicate and organise.

Today, you can enter the courtyard, central body, wings and cells, where you can see where the inmates lived. There are still drawings and writings on cell walls – nothing has been touched in four years. It’s important to preserve these historical structures, which is exactly what Madrid’s City Council did not do with the Cárcel de Carabanchel, which was senselessly demolished in 2008. In Barcelona, however, there is discussion about what to do with this prison and how best to use it as a public space while also preserving a tangible part of Spain’s history for future generations.