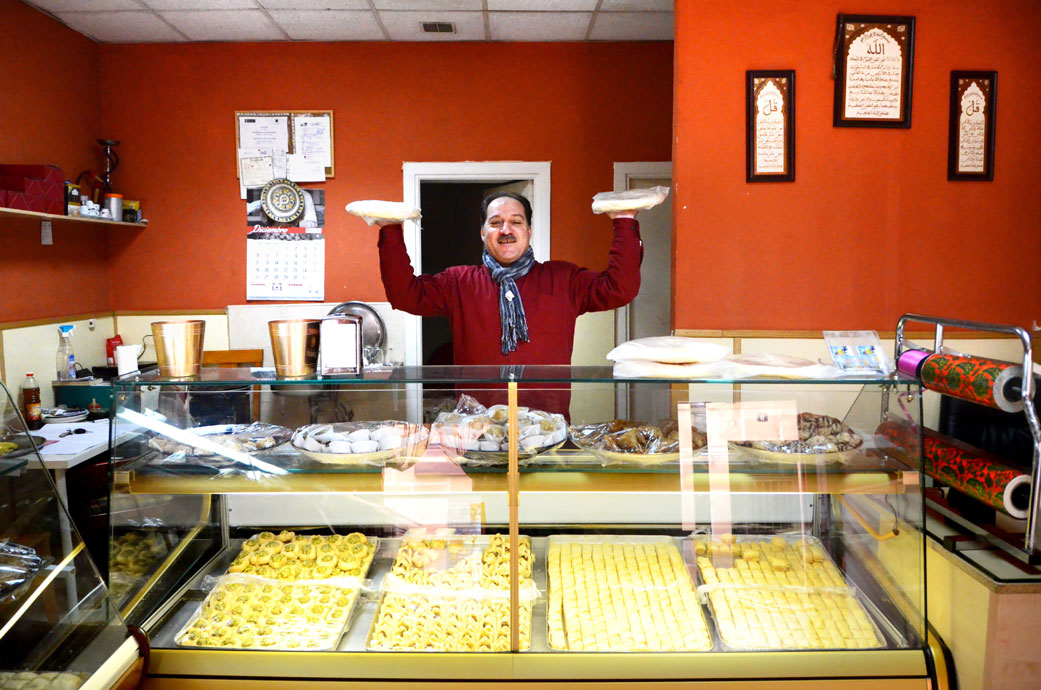 Pastelería Salamat is owned by Jihad, a lovely Syrian man from Aleppo. Ten years ago, this Syrian bakery opened up on an already very cultural C/Tribulete, and since then has proudly boasted one of the largest selections of baklava in Madrid. They’re also the sweetest, crunchiest, stickiest and all-round best I’ve ever had here. 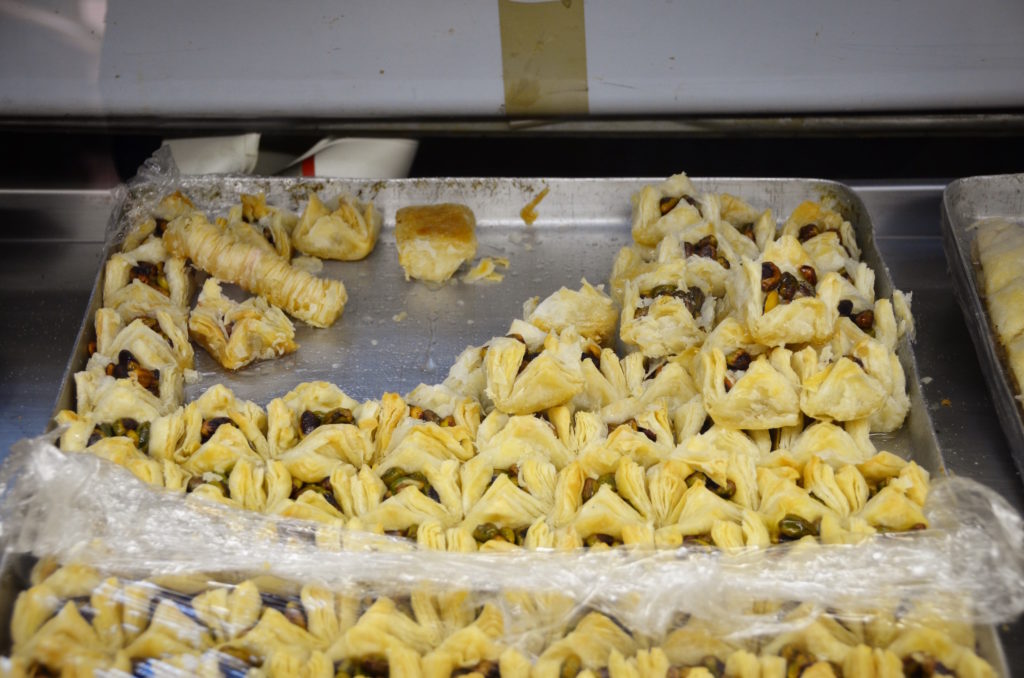 This hearty Middle Eastern sweet is a delicate bite-sized parcel made up of dozens of layers of fine filo pastry enveloping a sticky pistachio filling. Once it is baked, an orange blossom syrup is poured over and left to soak in. Most of Jihad’s baklava are the same ones you might find in Aleppo – a little piece of a city very much in the spotlight, right in the heart of Madrid. 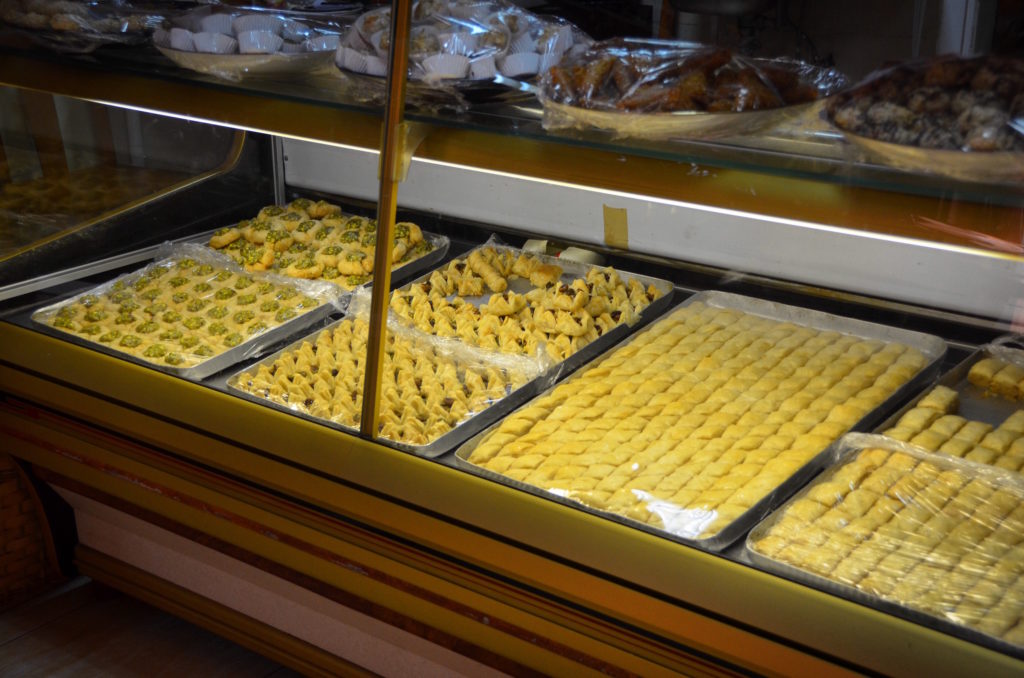 Another reason I come here is for the flatbread… 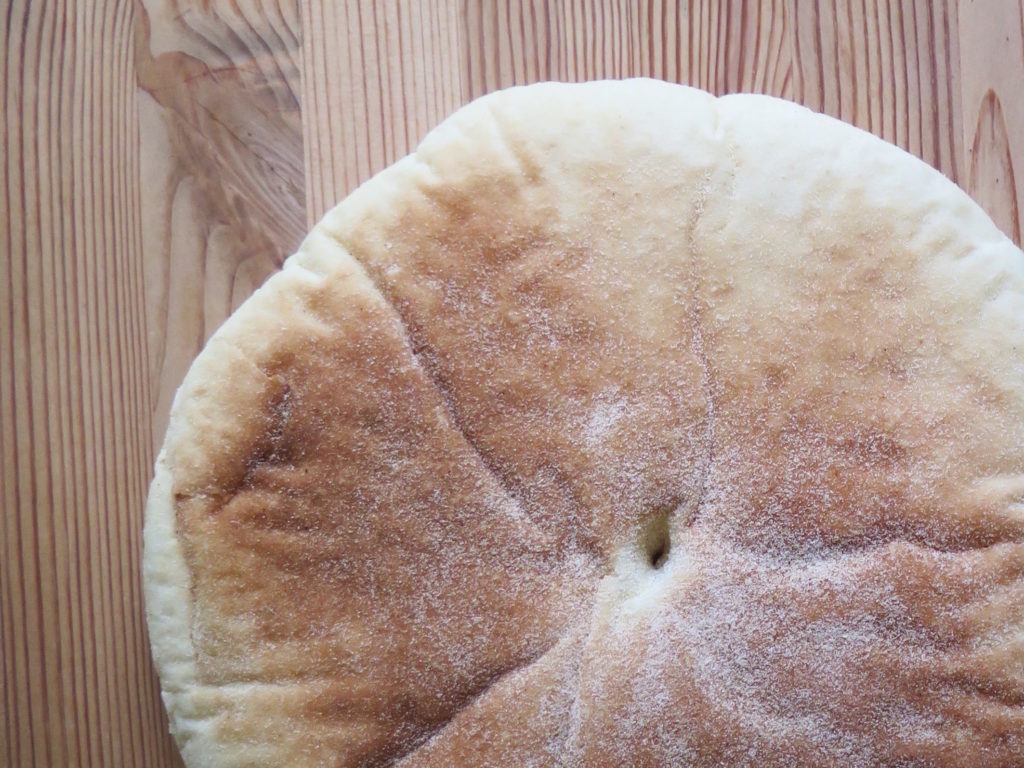 This bread originally caught my eye because it’s almost identical to the famous bread of my home city. In Newcastle, we call it a ‘stottie’ and it comes from the verb ‘to stot’ [Scottish origin] meaning to bounce something off a hard surface.

Legend has it that, at the end of their shift, the hardest local baker ladies would knead all the leftover scraps of dough into a ball and stot it off the floor of the oven, this one-time slam moulding the dough into a perfectly round disk. Today, the stottie is no longer an afterthought and is revered as one of Newcastle’s favourite breads. 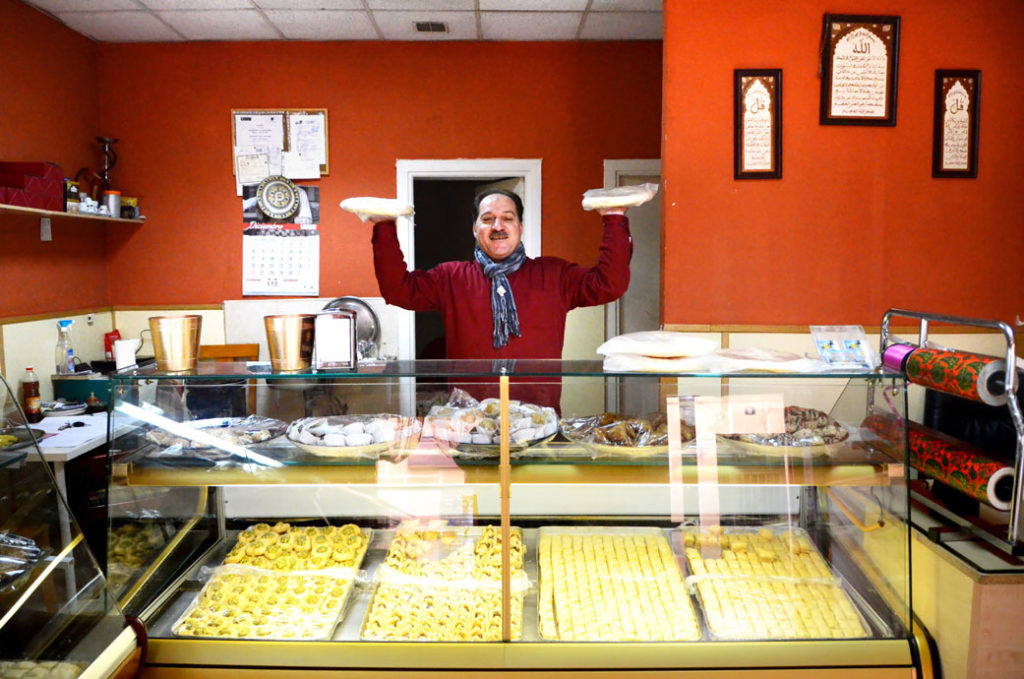 Jihad’s “stottie”, however, has very different origins. It is closely related to harcha, a Moroccan flatbread made with semolina flour, although Jihad’s bread is made with a combination of wheat and semolina flour. Once cooked, it can be cut up and used as pita bread, like in a kebab, but it’s also just a great bread to have for any use. 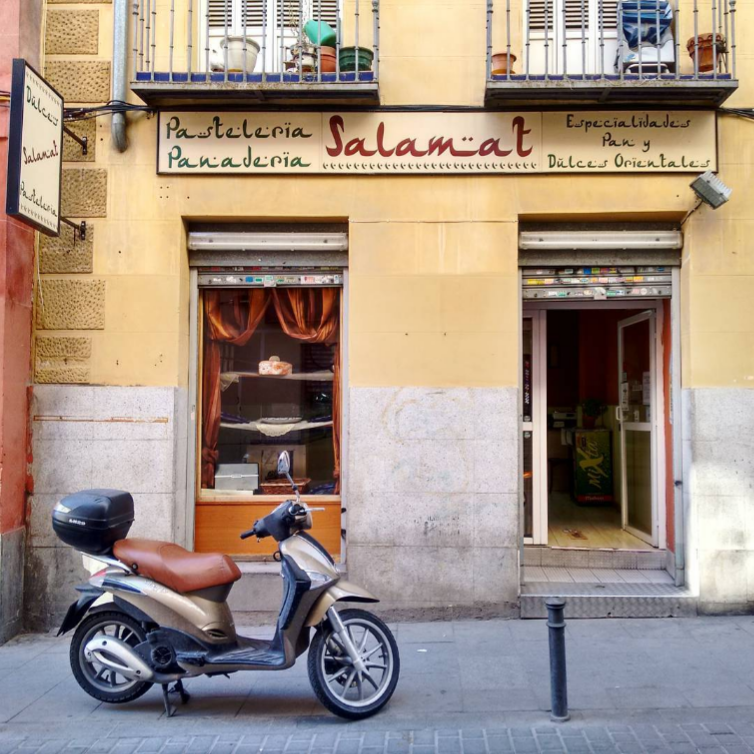 I’ve bought bread from Jihad enough times that he insists I stay for tea and baklava – rewarding loyalty in a way that’s increasingly underrated in today’s world of self-service supermarkets. Imagine getting a freebie from Día for being a regular customer? It’s a starry-eyed attitude, perhaps, but one that will keep the community spirit alive for longer. And with the spray-painted word ‘gentrification’ adorning numerous Lavapiés facades, shopping in local businesses such as Jihad’s Syrian bakery is just one of the small things we can do to help. 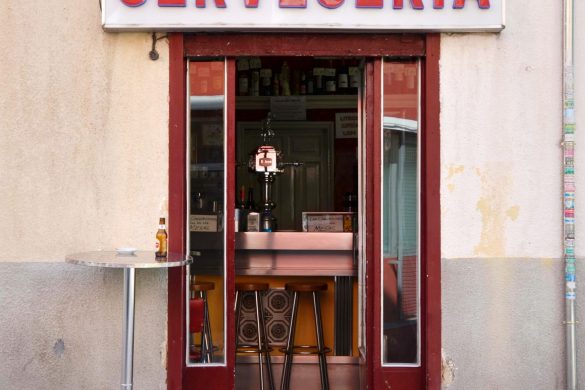