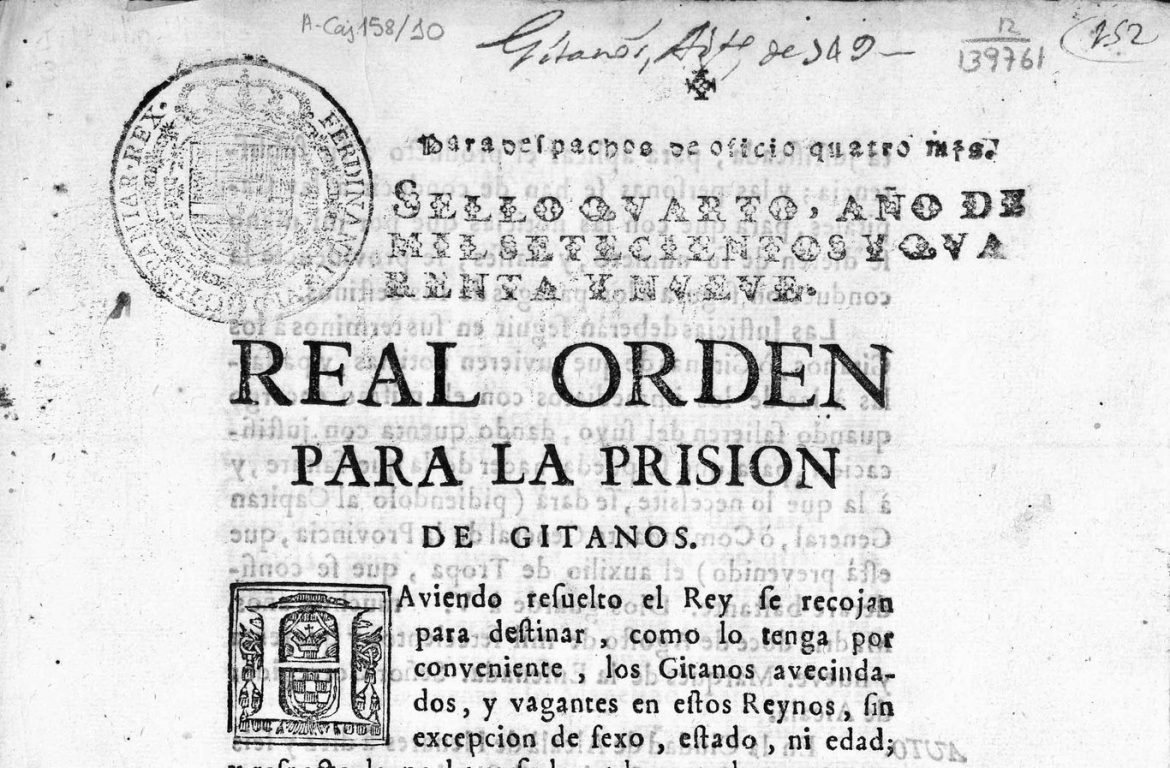 In 1749, orders were given by King Fernando VI for “all the gitanos of the kingdom of Spain” to be exterminated as “the final solution” to a population that “had an infectious root”. The operation was coined the Gitano Raid and left 12,000 Roma women, men and children dead, thousands of families dispersed and the economy of the Spanish Roma community ruined.

Despite Spain’s Roma population being reduced by a quarter, this significant incident went unnoticed for two centuries. Somehow, a genocide was completely erased from collective memory until just three decades ago when historian Antonio Gómez Alfaro recovered the episode, exposing the piece of paper giving the order to imprison the Gitanos:

In the 18th century, Spain’s Roma community were 50,000-people strong and constituted just under 1% of Spain’s population. The majority of this community lived in Catalonia and Granada. In Madrid, they represented 5% of the population and would be the group with which the Gitano Raid was most ‘successful’.

Marquis de la Ensenada was the Minister of War at the time and was given orders by King Ferdinand VI to locate, arrest, imprison and exterminate “all the gitanos of the kingdom” – an act which is believed to have inspired the Nazis of the Third Reich.

On the night of 30 July 1749, without warning, the King’s army entered the gitano quarters of Catalonia, Granada and Madrid. To avoid anyone escaping, the army blocked the entrances to the neighbourhoods. Once captured, they were separated by gender: men on one side; women and children younger than six on the other.

Those who had assets and properties saw them auctioned off to pay for the expenses of the raid.

Roma men were confined in military prisons in the shipyards of Cádiz, Cartagena and in Ferrol. They would work, as slaves, in the naval construction works to help revive the Spanish navy. Roma women and children were sent to convents and charity houses and were enslaved in textile production.

As more and more Roma people were sent to the shipyards and convents, space started running out. The authorities realised that this operation would take many more years to complete, so they carried out a biological extermination plan. Prisoners were already being divided by gender and so this was also seen as a way to stop Roma people reproducing and to ultimately make their race extinct. Bad food, terrible hygiene conditions, brutal punishments and work accidents decimated the population.

The persecution of Roma people endured until 1761, when the new king Charles III, half-brother of Ferdinand, annulled the original order to imprison gitanos. But it wasn’t until 1771 that Jose Moñino, the First Count of Floridablanca, declared that “gitanos did not come from an infectious root”, and the persecutions formally ended.

Without recognising nor compensating the victims or their families, the king gave the order to move on “discretely, to not stain the good name of my brother, King Ferdinand”. For 250 years, Spain slipped into a pact of silence of the Roma genocide.

Even today, this dark chapter in the history Spain remains concealed from society. No Spanish school textbook has ever made any reference to the genocide which saw a quarter of Spain’s Roma population extinguished. Yet there remains a street in the establishment Madrid neighbourhood of Colón named after war minister Marqués de la Ensenada.

During World War II, half a million Roma were victims of Nazi death squads and concentration camps. Around 20,000 died during the two years of Auschwitz’s existence and, notably, almost 3,000 were killed exactly 77 years ago today, in 1944. The date 2 August is now officially recognised as Roma Holocaust Memorial Day.

Today, more than a million Spanish citizens are Roma, and their persecution continues. Thousands of Roma families live in the Cañada Real, Europe’s largest shanty town, on the outskirts of Madrid. Another grim milestone has been reached on Roma Holocaust Day: residents of Sector 5 and 6 of the Cañada Real have now been without electricity for nine months.

According to a study by the European Roma and Travellers Forum: 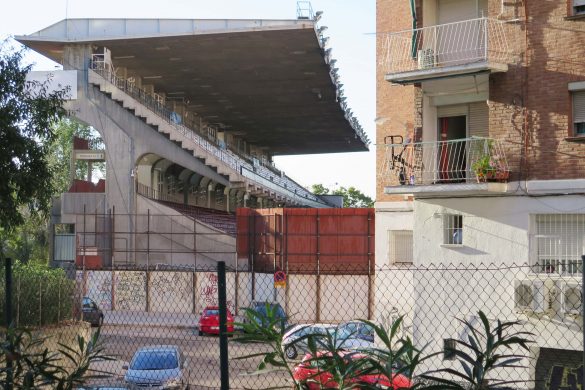