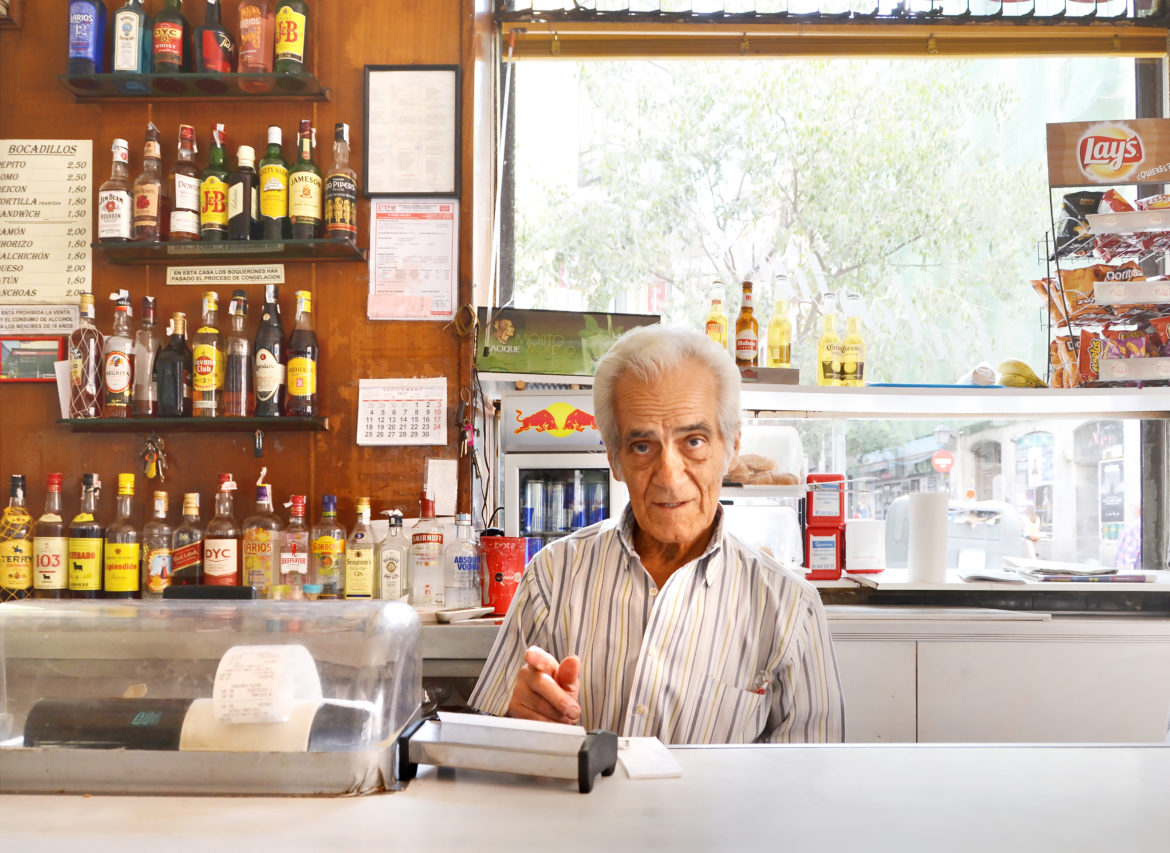 The continual closure of traditional Spanish bars is a concern for many Madrid residents, especially for two young film-makers who made a powerful short film to raise awareness of this phenomenon. Since David Álvarez and Ivar Muñoz-Rojas created La muerte del bar español y la invasión del plato cuadrado (The Death of the Spanish Bar and the Invasion of the Square Plate) in 2012, one of the bars in the film has suffered the very demise the film sought to prevent.

In this article, we ask: why are so many iconic no-frills Spanish bars closing, and what does this mean for the future of Spain?

LEY BOYER AND THE DEVASTATING EFFECTS THAT FOLLOWED

The “Ley Boyer” (Boyer Act) came into force in 1994, imposing a 20-year freeze on rent prices to allow local businesses to establish themselves. In the intervening 20 years, Spanish bars thrived but many private landlords suffered. As property prices rose and the peseta was replaced by the euro, the rental profit on the bars had become so low that many landlords relying on this income had no choice but to sell off their properties to vulture funds or, worse, see them repossessed by banks. And, of course, neither the funds nor the banks are in the least bit concerned about the fate of the current tenants.

On 1 January 2015, the 20-year ceasefire under the Boyer Act came to an end. Many bars had been paying a fraction of market rents for the entire time, with their new, faceless landlords desperate to get rid of them. When the protection expired, so too did the businesses, including the well-known victim Café Commercial.

Around 200,000 traditional bars, restaurants and shops that had been surviving under this rent protection suddenly had their property thrown back onto the free market, kick-starting a process that would change the Spanish streetscape forever. 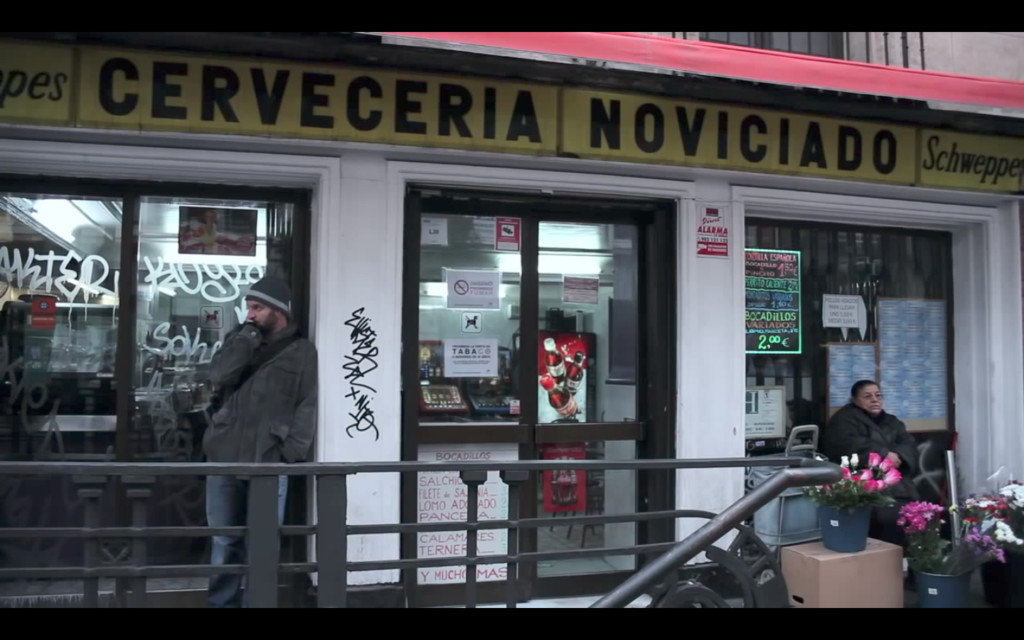 The opening scene of La muerte del bar español y la invasión del plato cuadrado shows Cervecería Noviciado in its final days – a sleepy, no-frills bar rich in character but poor in customers. It’s in an excellent location, but the clientele who brought it its original success don’t live here anymore – the barrio is now dominated by younger people who have evolved their own drinking and dining culture. 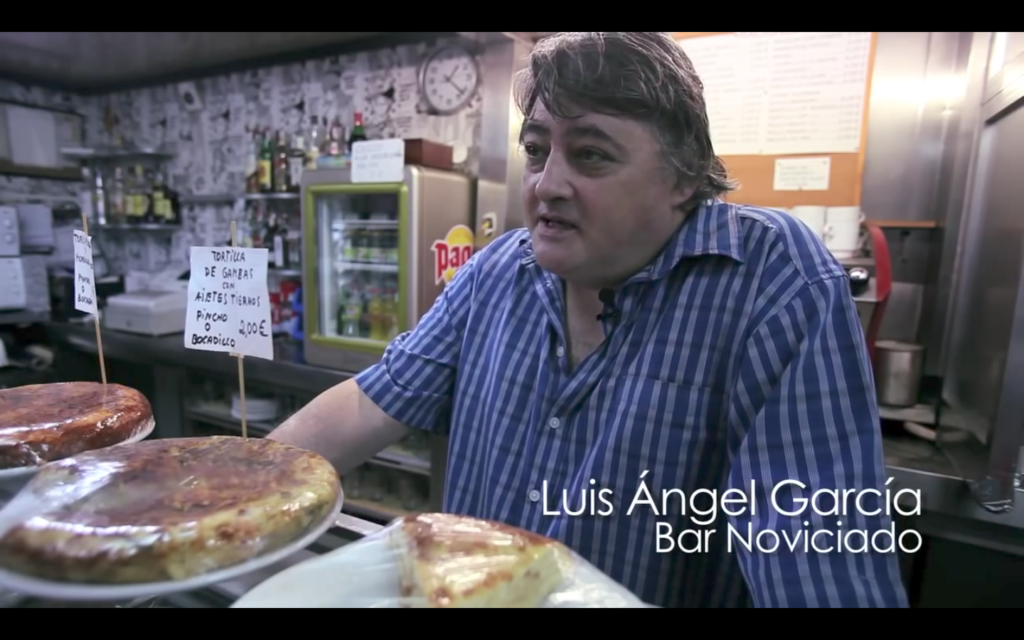 After 69 years of serving cañas with a tapa and a smile, Cervecería Noviciado couldn’t afford to pay its new and elevated rent. It’s now a vacant corner façade plastered with layers of posters inches deep, and if you peer through the dusty windows you’ll see nothing but rubble and ghosts. Though fondly remembered by many, for most people it’s just another Spanish bar that fell victim to an ever-changing Spain. 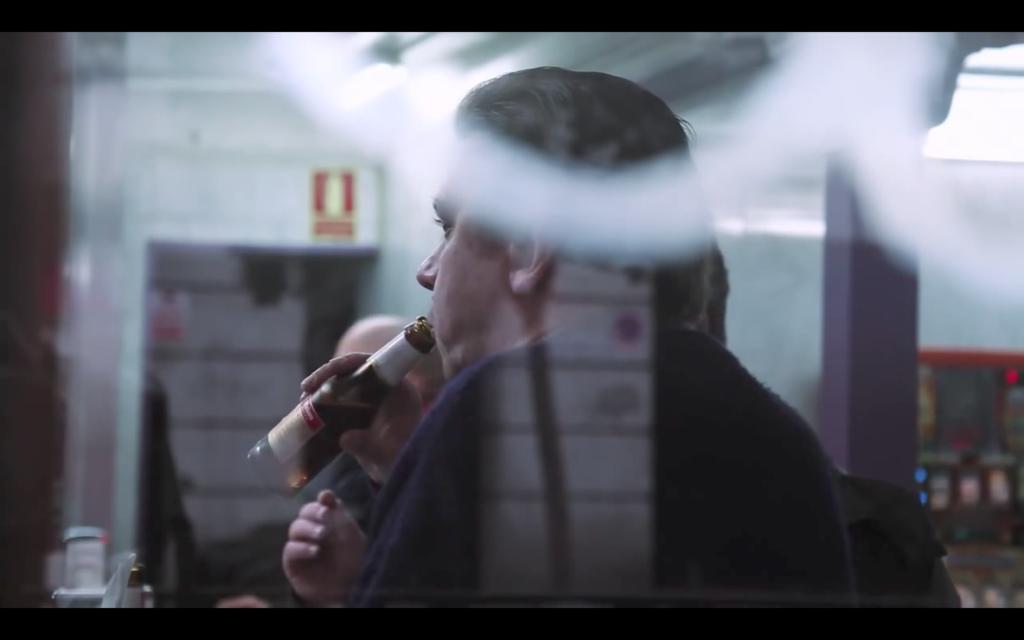 The second bar to make an appearance in the film is Bar Lozano, a modestly decorated hole-in-the-wall Madrid institution that mercifully survived the cull. José, the owner, was able to negotiate an affordable rent with his landlord because he’s one of the lucky ones: his landlord isn’t a bank or vulture fund, they’re a real person. 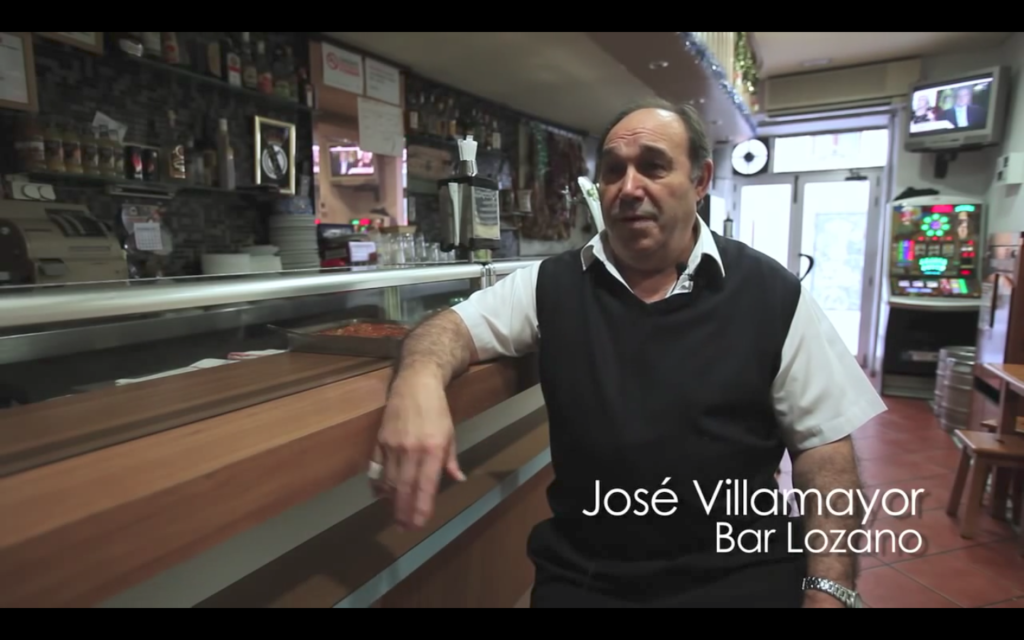 José says he now serves a loyal crowd of predominantly young customers. Just before the January 2015 cull, activist group Gentrisaña made a push for people to go their local bars, with Lozano coming first on their “use it or lose it” list. Thanks to its new-found custom and a sympathetic landlord, Bar Lozano is doing well.

People have been trying to halt the effects of gentrification for years (including us at Madrid No Frills), and even if our efforts help, the struggle continues.

The film’s big success story is El Palentino, which wisely held on to its original decor and is now Madrid’s most famous no-frills bar, regularly appearing in TV series, films and travel guides. The mirror-clad walls reflect its archetypal Formica-topped bar, which divides the room between ageing staff and fresh-faced punters. Behind the bar stands Casto, who’s been running El Palentino for almost 60 years. Many of the younger crowd have never seen him as he only works the dayshift, but his key philosophies – quality, price and treating people right – are the hallmarks of the bar’s service. 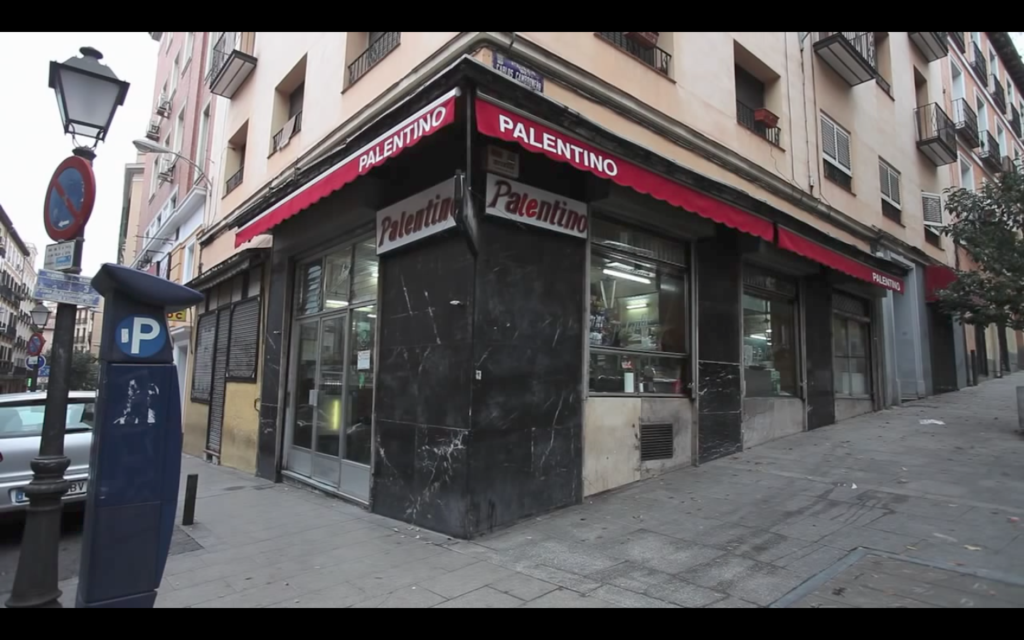 In so many newer places, however, respect for the paying customer feels like an increasingly outdated concept. Is uncomfortable furniture, aloof staff and queuing like cattle a price worth paying for that brunch order of overpriced air-freight avocado smashed on toast so virtuous it’s judging you?

The owners of the film’s no-frills bars are as baffled as we are when trying to figure out what makes all these trendy places so successful. With a mix of scepticism and frustration, they jokingly conclude that it must be a combination of the big square plates, small portions and high prices, but deep down they know the truth: times are changing. 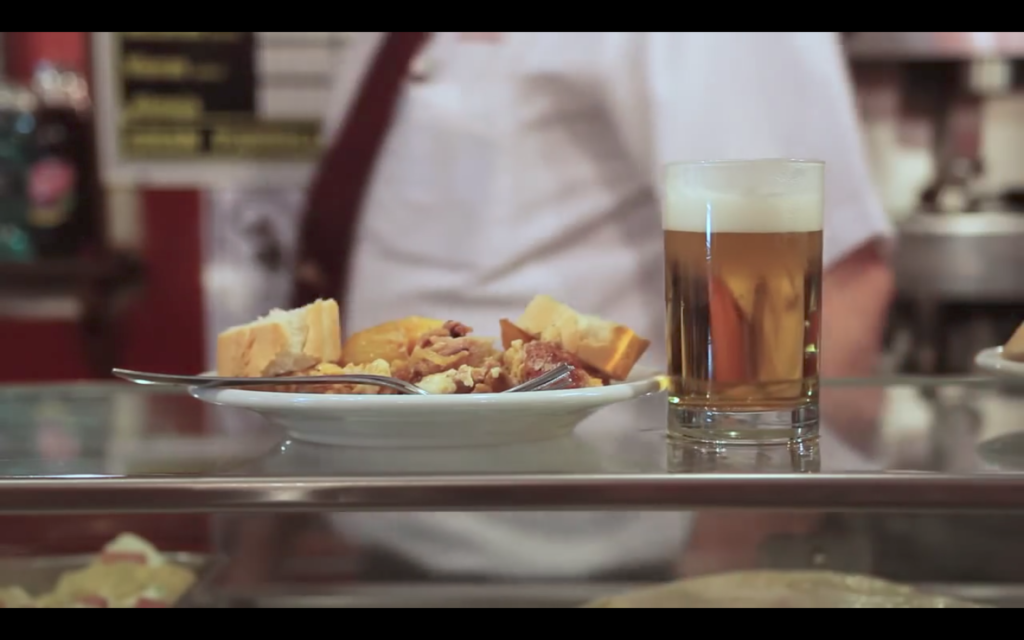 THE FUTURE OF SPAIN STANDS ON THE SHOULDERS OF ITS PAST

Did you move to Spain because you love Spain? If so, help to preserve it. Don’t let Spain’s traditions, culture and identity melt into a grey, sanitised pool of homogeneous chic. Support your local bar, your local mercado, and the places on this blog – they’re all small, family-run businesses that make Madrid the vibrant city that it is.

The death of the Spanish bar and the invasion of the square plate was last modified: January 10th, 2019 by Madrid No Frills
Share:
Previous Post 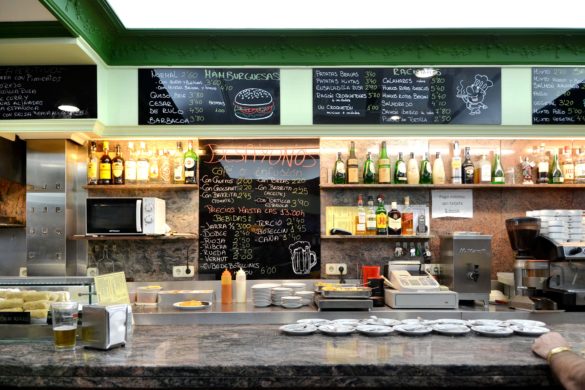