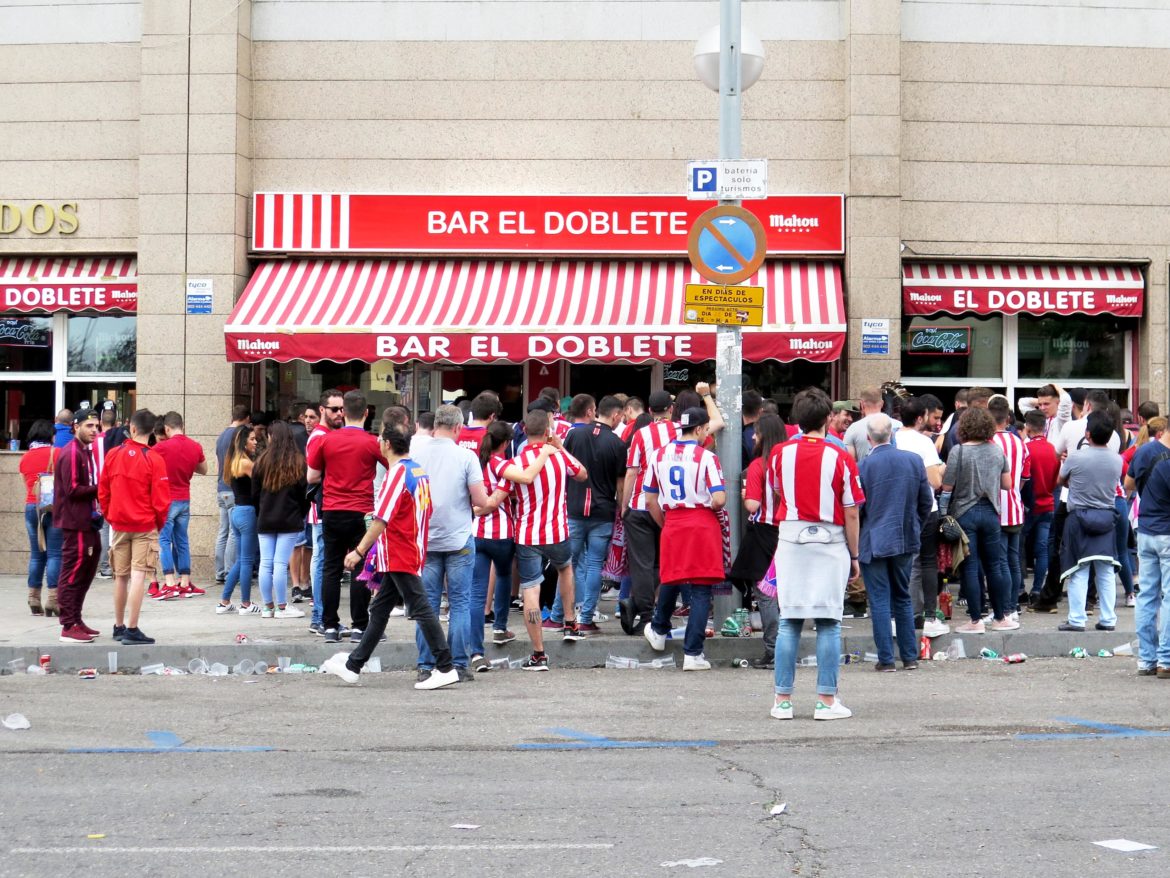 Estadio Vicente Calderón, a colossal oval fortress that has dominated Madrid’s riverside skyline since 1966, is now abandoned. Those powerful roars and rhapsodic chants will never echo through the neighbourhood again, nor will the hum of excited football fans at the local bars.

The underdog club has grown over the years and understandably wants to upgrade to a bigger and better stadium, but it’s been an emotional move for many Atlético fans as the Calderón has been the heart and soul of their barrio for over 50 years.

Whenever there was a game on, me and my family would go for a wander round El Rastro and then walk down the hill to the stadium to have a drink in Bar El Doblete. It’s what we always did, and I can’t imagine not doing that anymore.

Bar El Doblete sees hope of survival by moving to a location near to the new stadium, but another bar, 1903 Sport Bar & Lounge – built into the side of El Calderón – has already closed and is set to be destroyed. This was the most fanatical of El Calderón’s bars, with historic football memorabilia grandly displayed around the room, and even the bathroom was decorated from floor to ceiling in glossy red and white tiles. 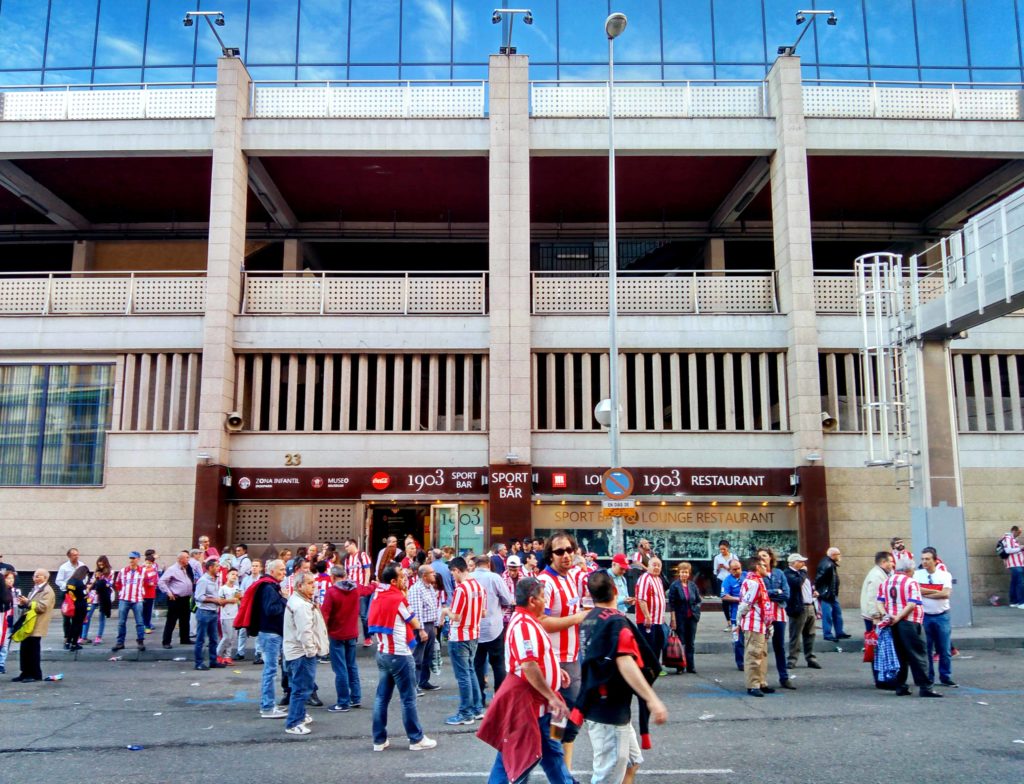 One month on from El Calderón’s closure, a further 100+ bars and restaurants in the vicinity of the stadium are already suffering – including El Parador, located opposite the stadium. Owner Rafael Sanchez is sure of one thing: “I will close, we’re dead”. His bar has no seats – only standing capacity. It looks strange now, with all that empty open space inside and just a few customers skirting the edges of the room.

To get an idea of the scale of lost earnings, every Sunday these bars took in around a thousand euros and that number could easily triple when there was an Atlético game on. This level of earnings hasn’t been seen in a month now – not even close.

In place of the Calderón, the Madrid Río park area will be extended and a large high-rise housing development will be built. With thousands of new residents, those bars that aren’t being demolished will surely recover their capacity – that is, if they can hold on for several years. The details of the new development are still unsure and could take years to finalise. However, once work is underway, at least the bars that serve food could see a boost in business thanks to an influx of construction workers. Every day, throngs of workers will head out for a menú del día. Then, when the buildings are complete, the new residents will hopefully take their place. However, most of the bars only serve drinks and have been doing so for decades, so any new customers are but a distant hope. 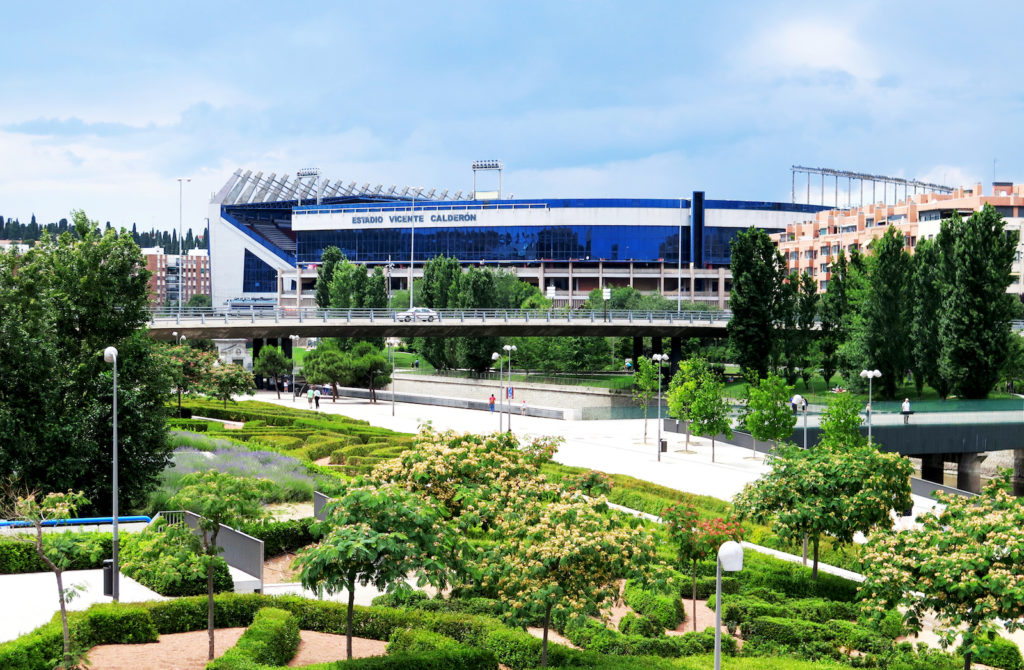 IN COMES THE BIG AMERICAN CHAIN

The new Wanda Metropolitano stadium is set to be one of the biggest and most high-tech in the world and will, of course, have lots of parking. But its bars and restaurants (all of which will be owned by US conglomerate Centerplate) will be on the inside, meaning that the local area – a 30-minute walk from the stadium – will gain very little business from the stadium’s arrival.

To secure their survival, the bars around El Calderón should adapt with the times, and the reality is that they’d love to, but many don’t have the money or human resources to do so. Madrid’s riverside streetscape is about to change dramatically – it will be unrecognisable, for better or for worse. 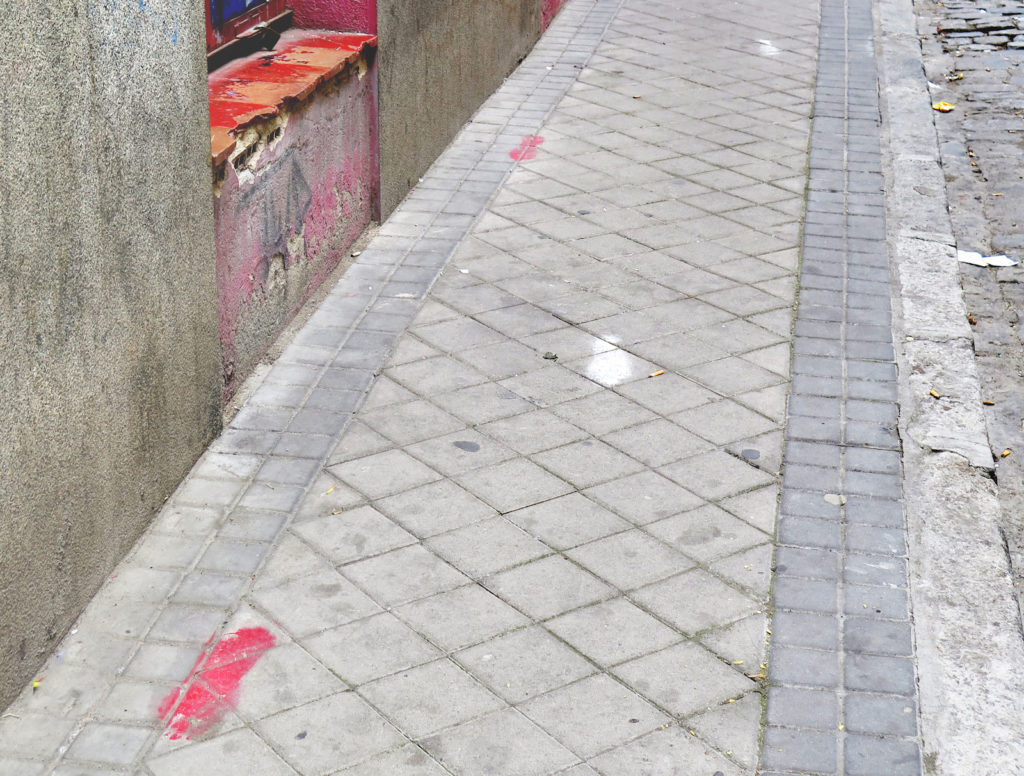 Red and white footprints are painted on the pavement leading from the Calderón, through El Rastro, and on to Neptuno. They’ve been there since a big game in 2016 and mark the pilgrimage made so frequently by Atlético fans over the last half century.

As these footprints slowly fade, so too do the local bars. Only time will tell if they’ll forge out a new clientele but, for now, their original purpose is gone and another chapter is added to Madrid’s rapidly accumulating archive of the lost.