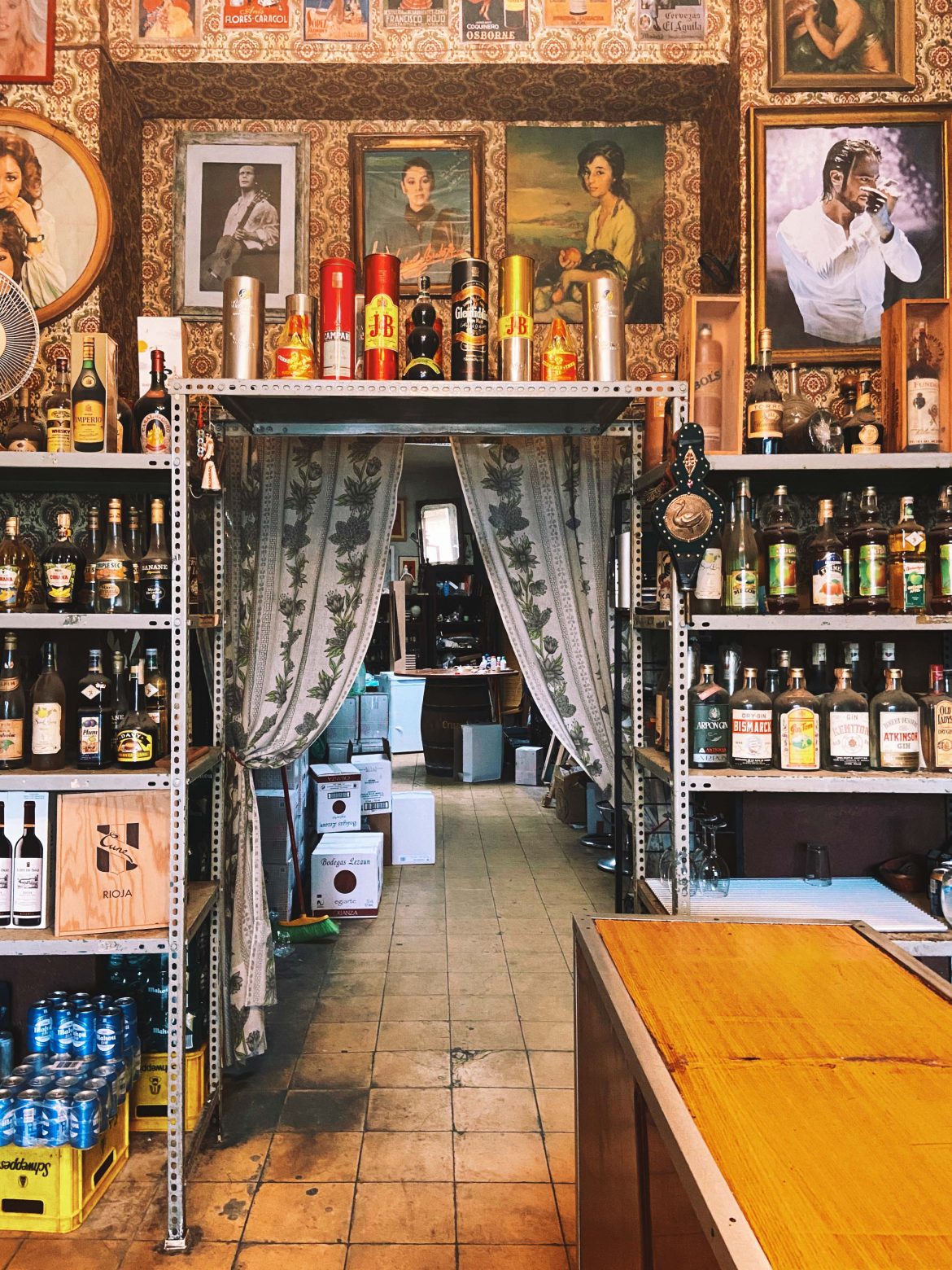 Bodegas Rojo, like any diamond in the rough, lies unbeknownst to many, tucked away on a residential street. Families and groups of teens walk by but few so much as throws a furtive glance its way. 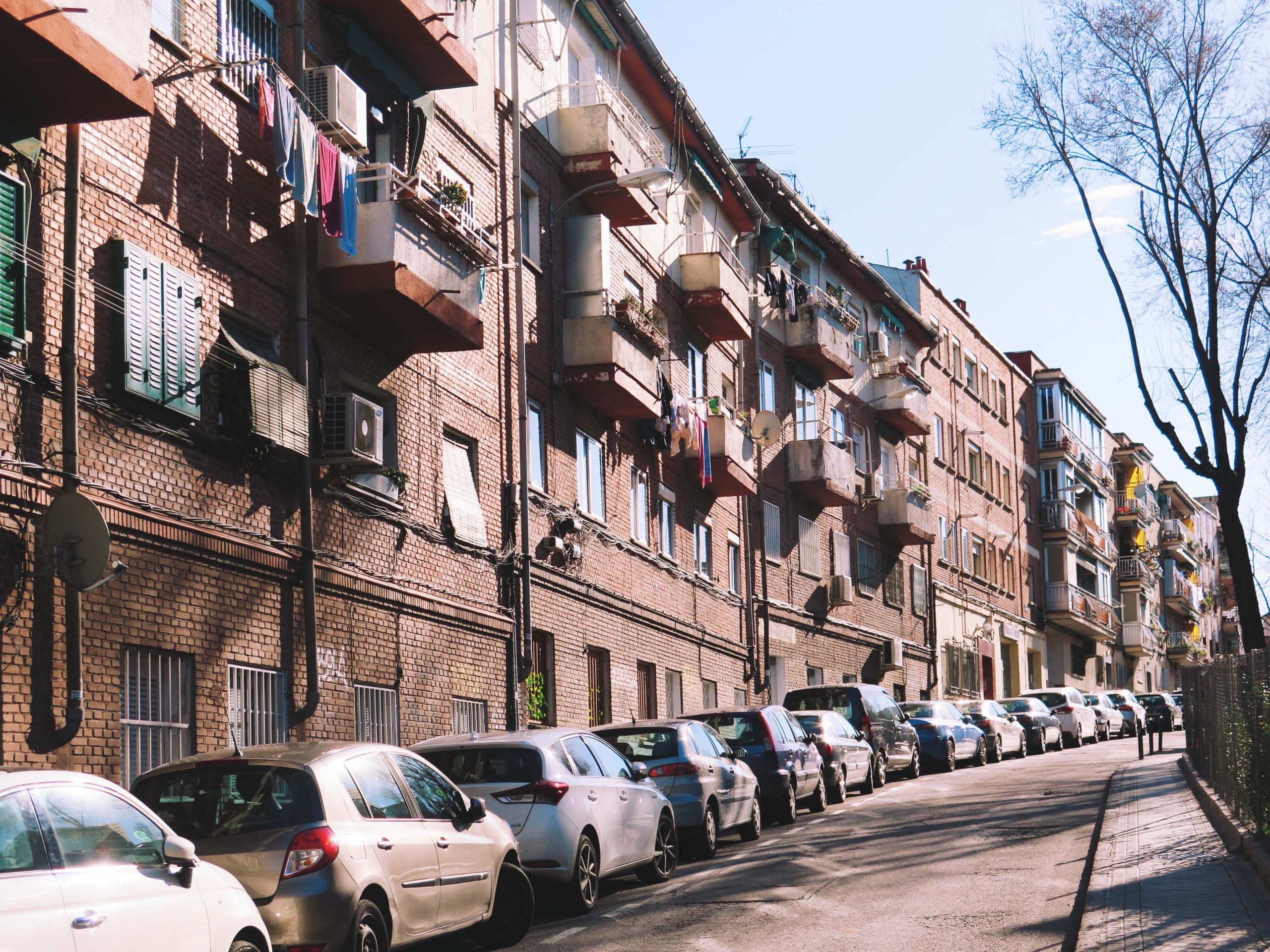 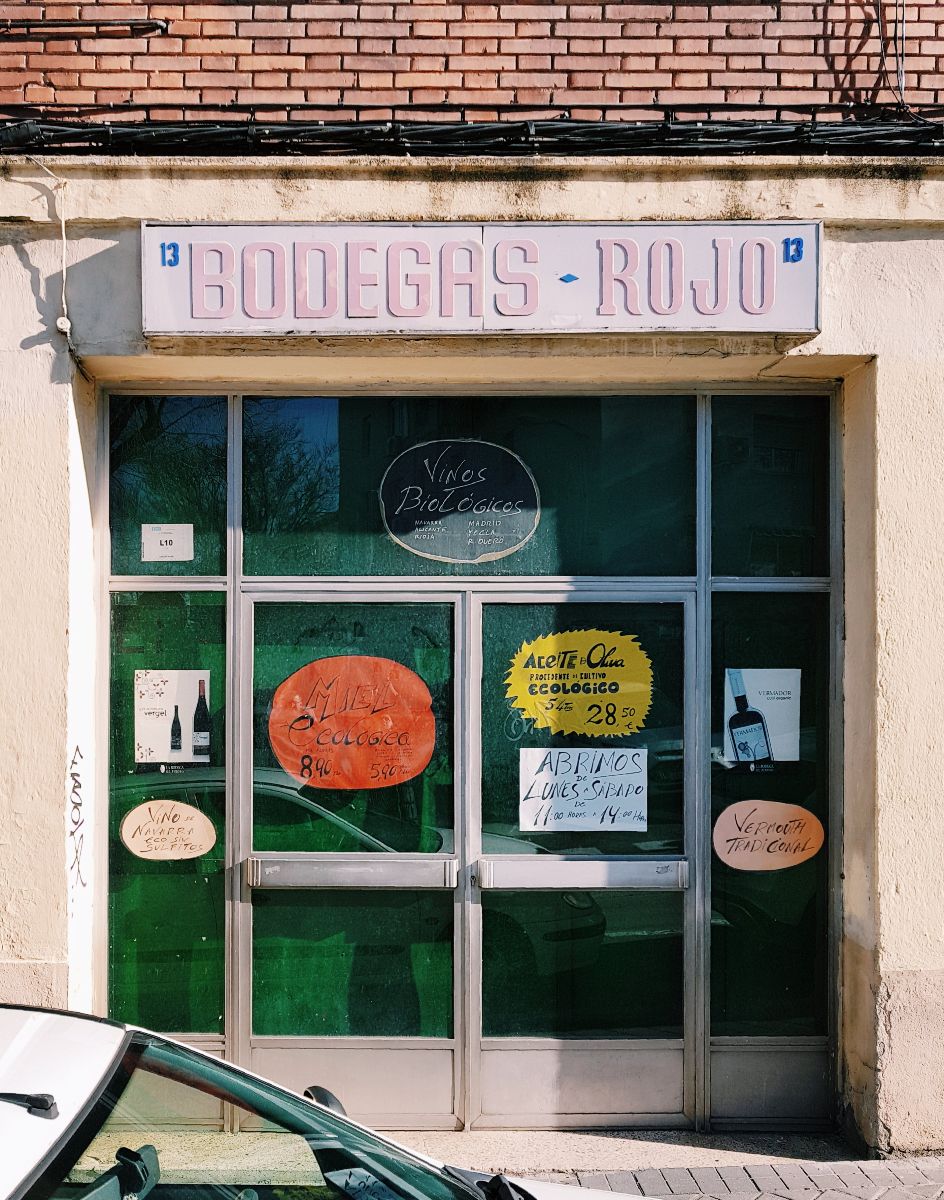 I, myself, sped past it, expecting to see signs of some other establishment, not this place with the windows and facade covered in signs touting their ofertas for wine and vermouth to-go. A Chinese family stopped in front of me to deliver crates of tonic water and I stepped inside, into this shaded sanctuary from a surprisingly warm and sunny early-February day. 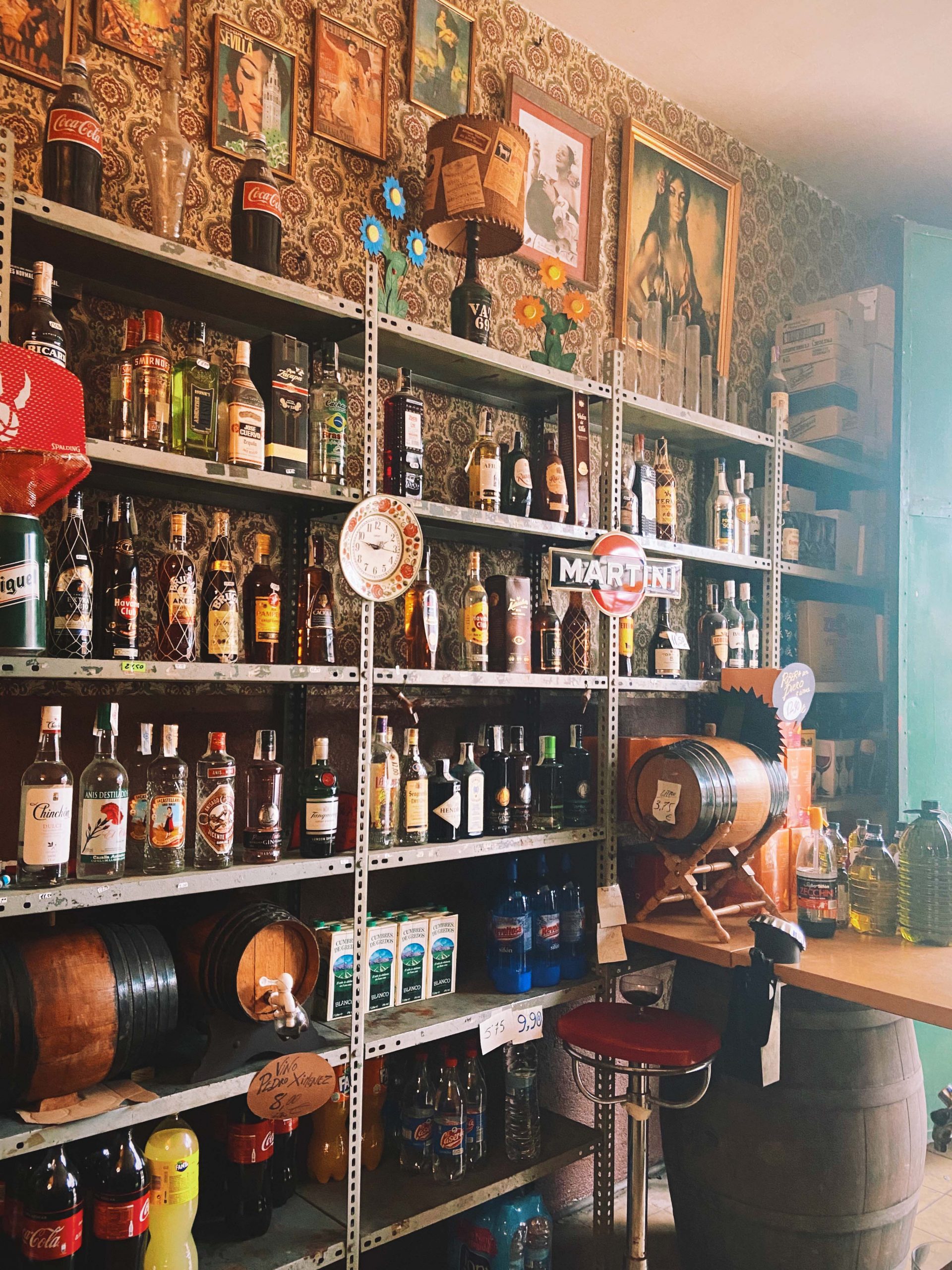 The first thing that struck me was the near-archival row upon row of wine, vermouth and spirit bottles that line each wall. A few wine casks sit at the ready, to be served at a moment’s notice. 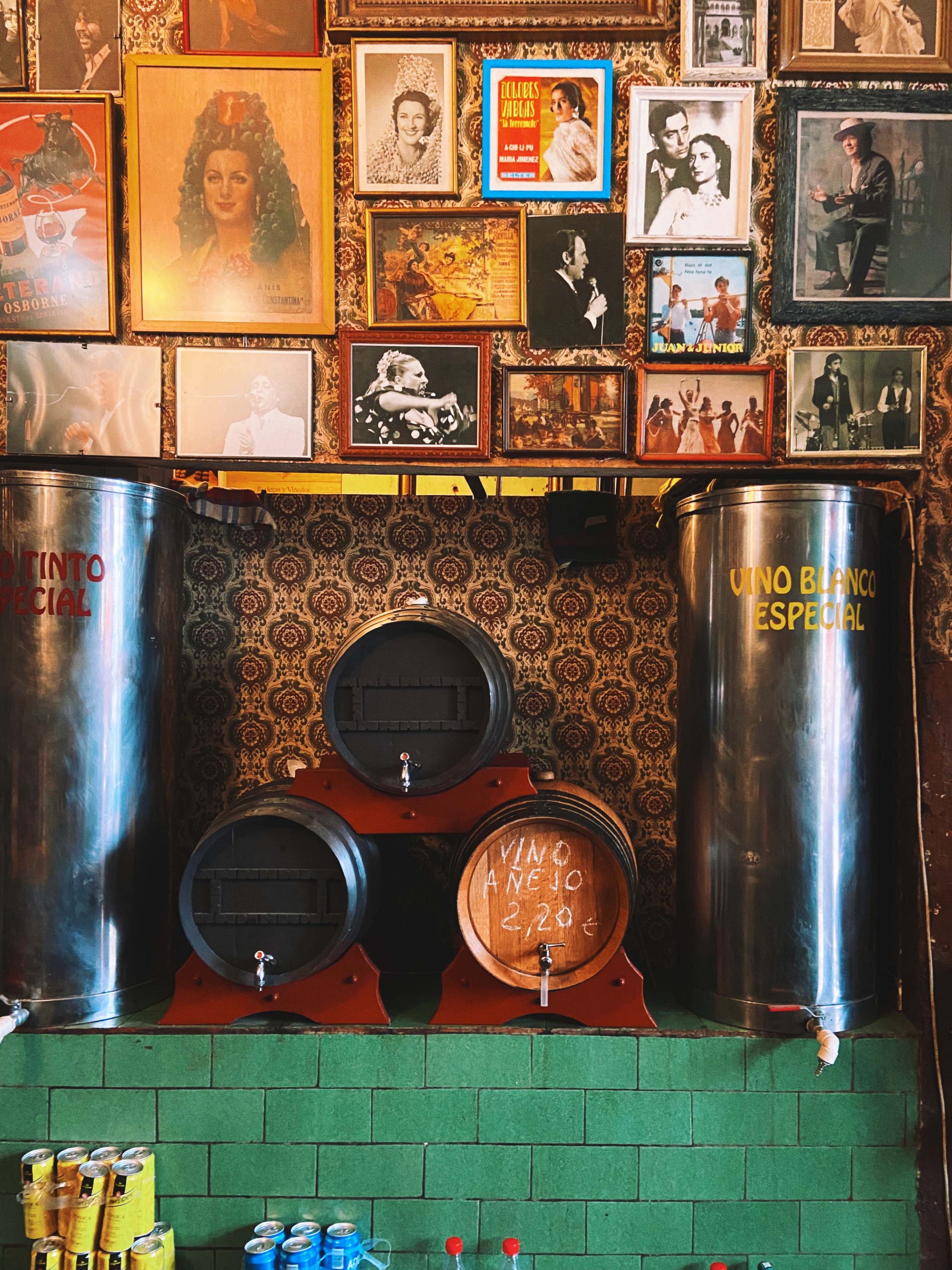 Emilio the owner tells me that the place has stood as is since the early 1970s. I feel as though I’ve been dropped into an abuela’s kitchen and cellar, with Andalusian paraphernalia and dusty wine bottles in her reach. Even the traditionally patterned wallpaper harks back to the stiff designs of the latter-day dictatorship. 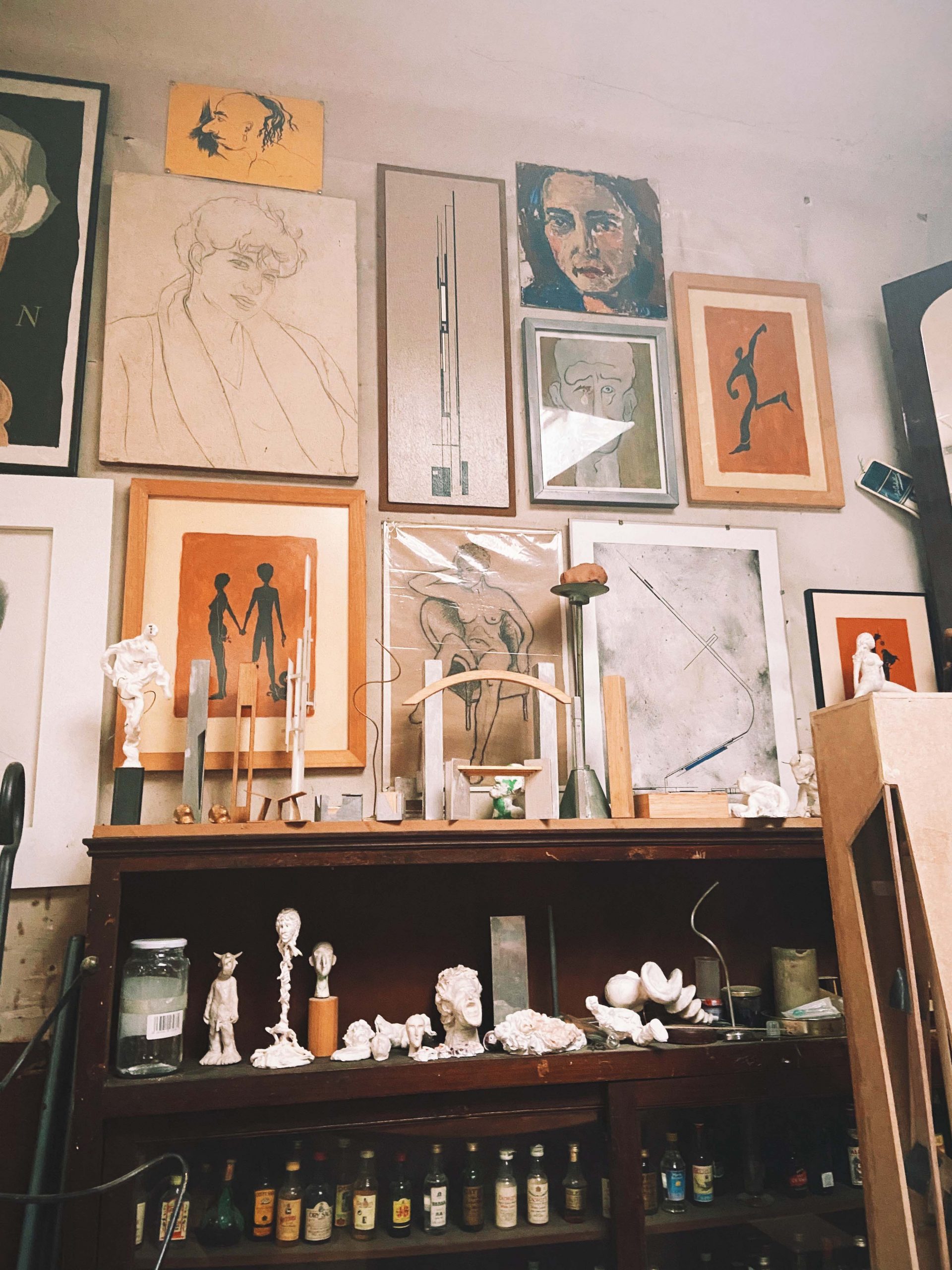 Emilio is stood casually behind the bar, chatting with his middle-aged patrons. As I glance around, taking in all of my surroundings, I overhear the other men question his knowledge of the assassination of Julius Caesar and the historical context, and prod him further saying that he has let me wander around without asking for my order. 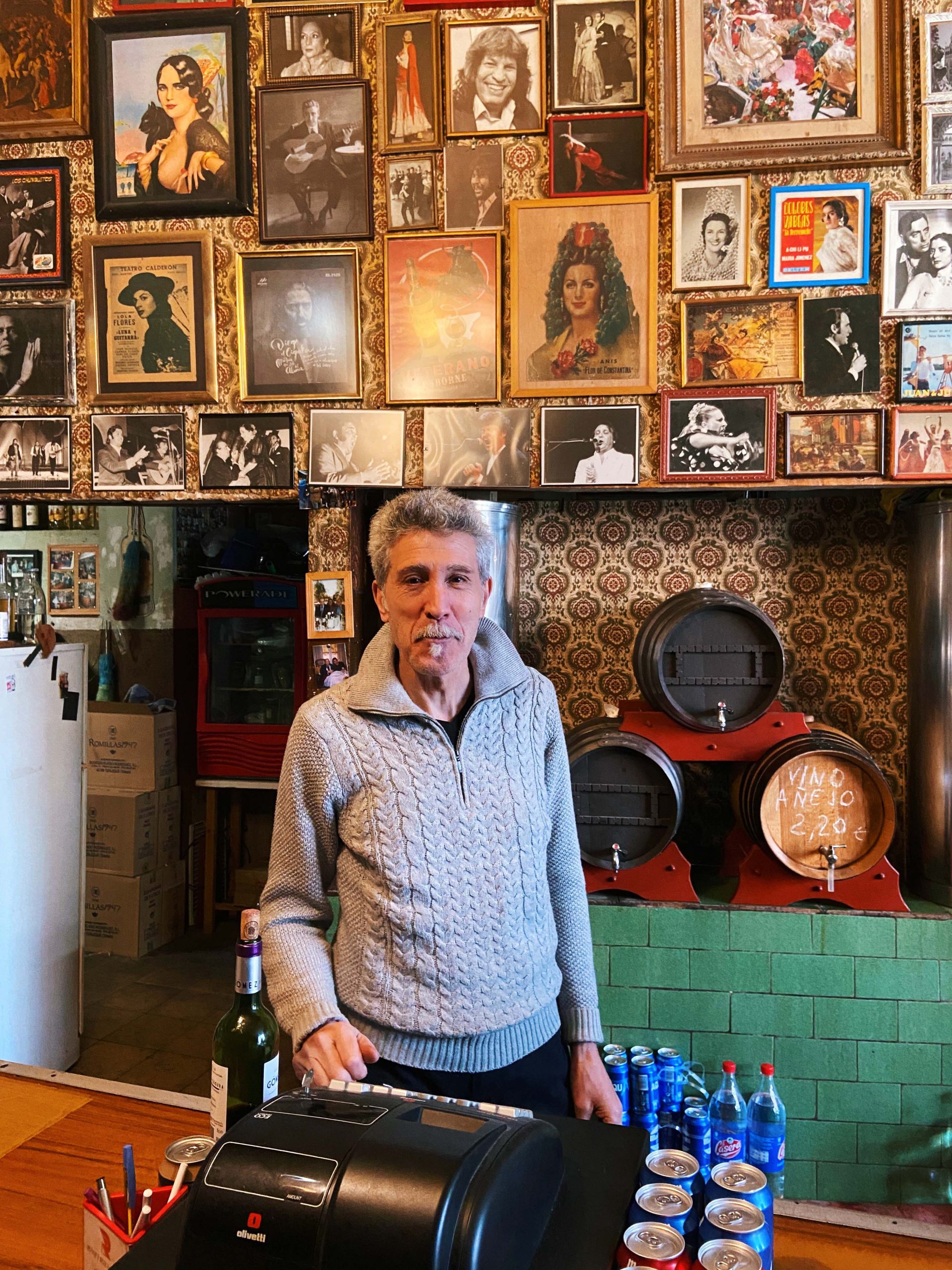 He turned to me and asked if I know anything about the subject. Luckily, I have always been an avid history fan and studied it in University. I told him that Caesar must have died around 46 BCE (it was actually 44 BCE). 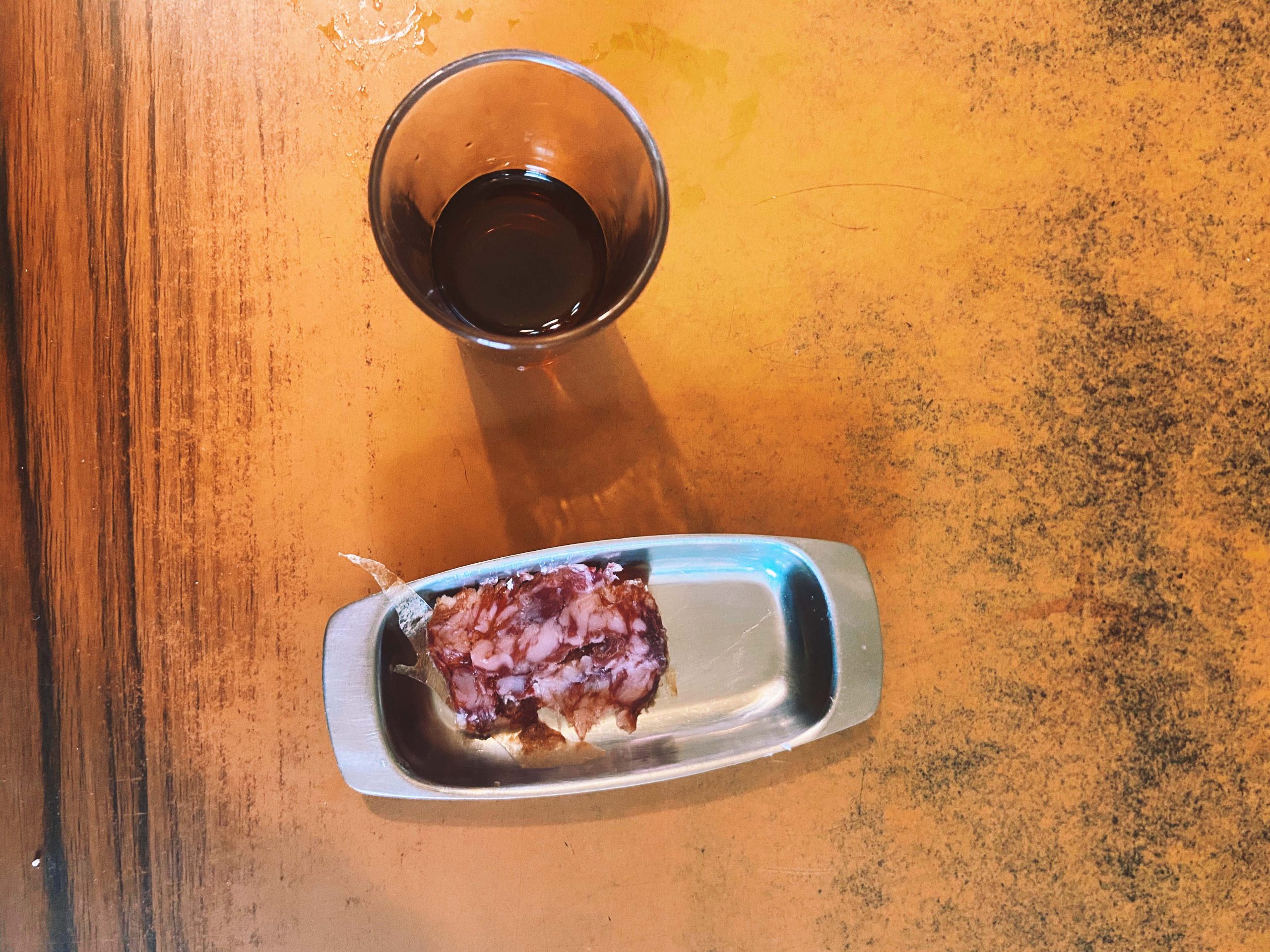 I felt like I’d unlocked my drink and ordered a simple vermouth with a splash of gaseosa that came with a small plate of chorizo. The vermouth went down smoothly but so did the relaxed conversation that flitted between Spartacus, of the late Kirk Douglas, and some of the films of the Monty Python’s Flying Circus. 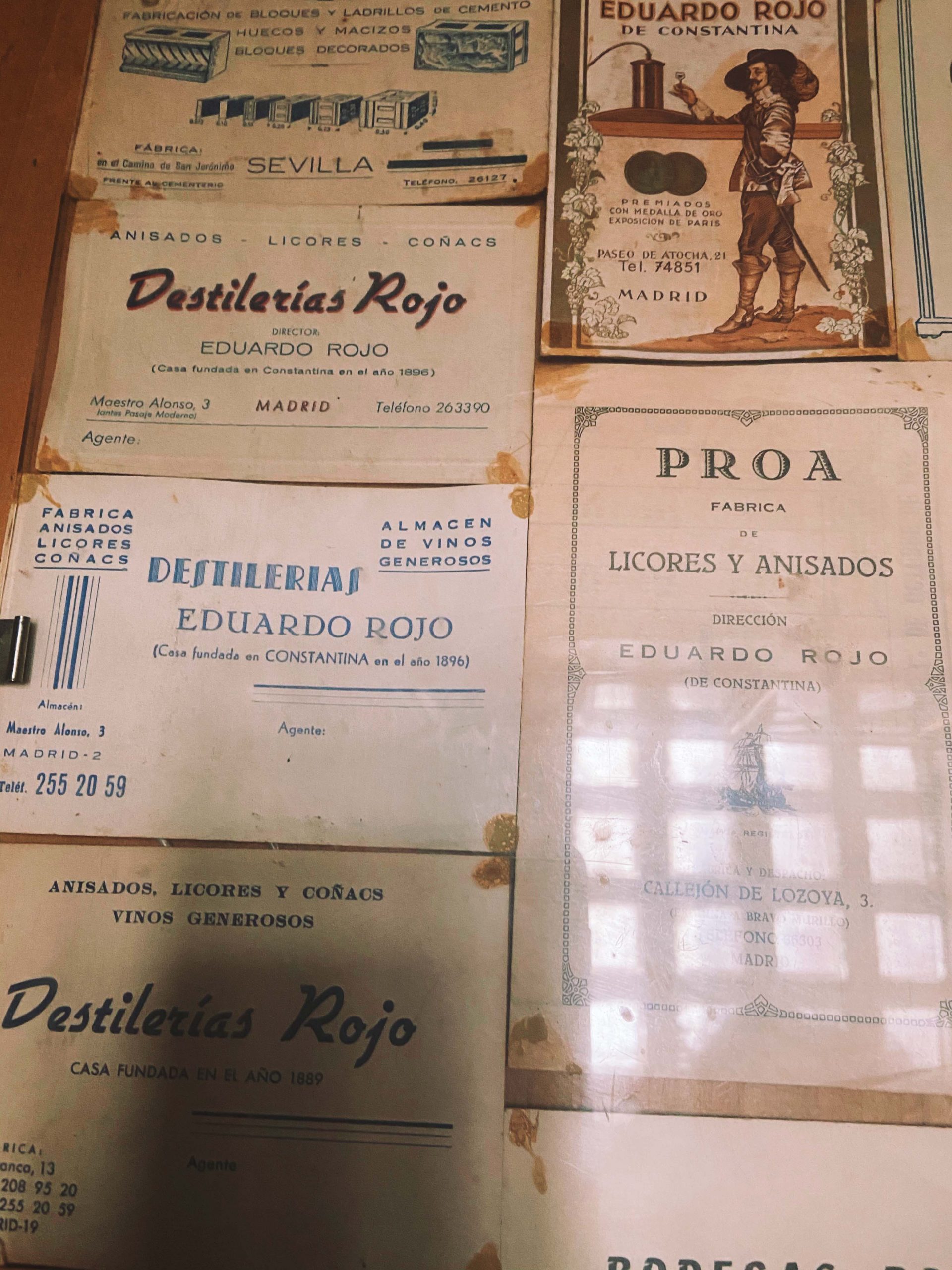 The locale, like many of the bodega old-guard, has a strict closing time of 2 pm, so I decided to order a final jerez, courtesy of one of the wooden barrels. This came with another small plate of salchichón but feeling very welcomed by the ambiance of the chatty regulars I opened up and began to tell them of how I learned about the place and asked questions of my own. 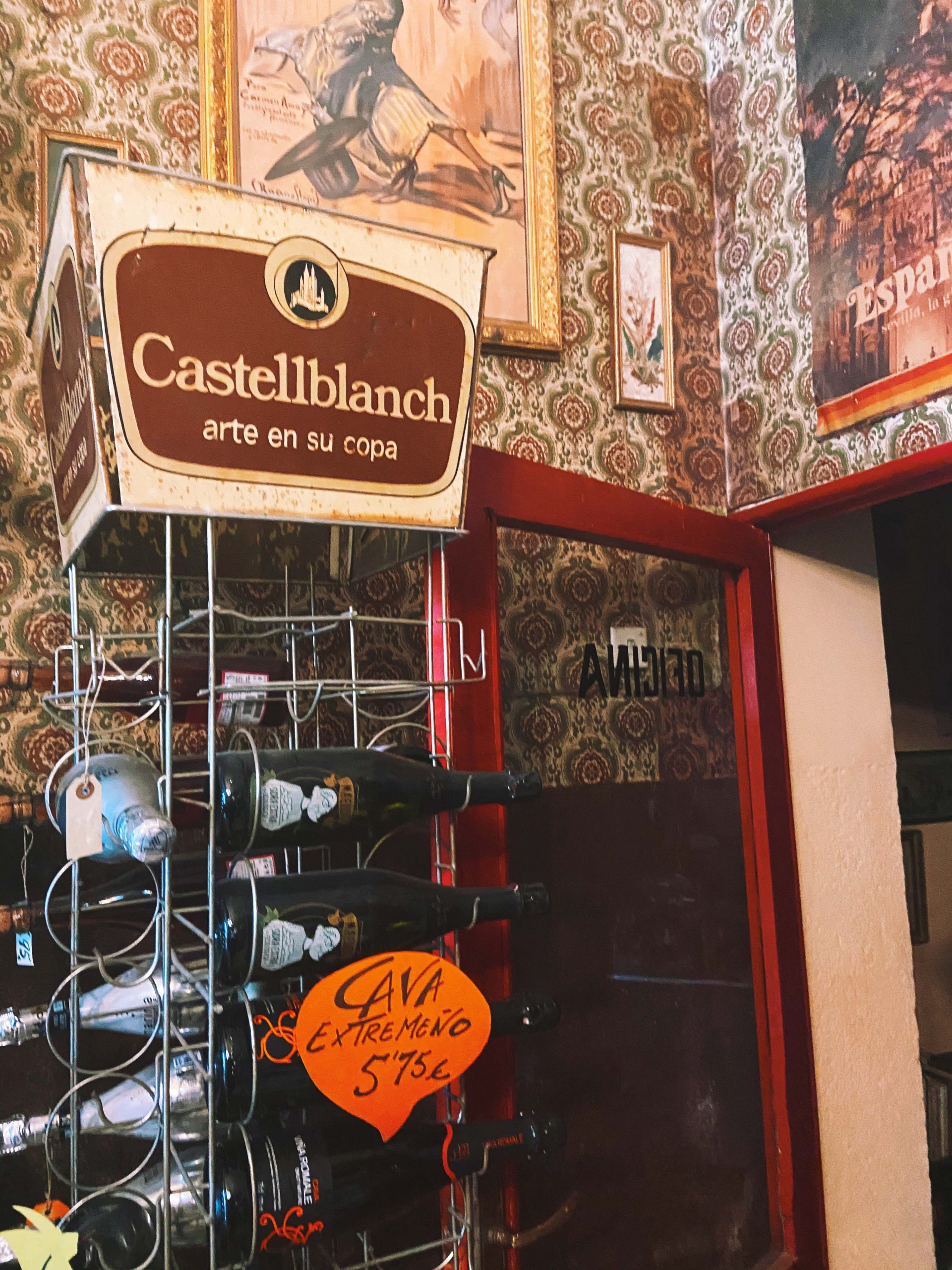 Emilio told me that he started lending a hand in the shop in the late 1970s at the age of just 13, and that he’d learned the ins and outs of the operation from his father. He cited the different waves of bars and local establishments that have come and gone in the past 40 years but, in spite of – or maybe due to – those changes, Bodegas Rojo has preserved its regulars. 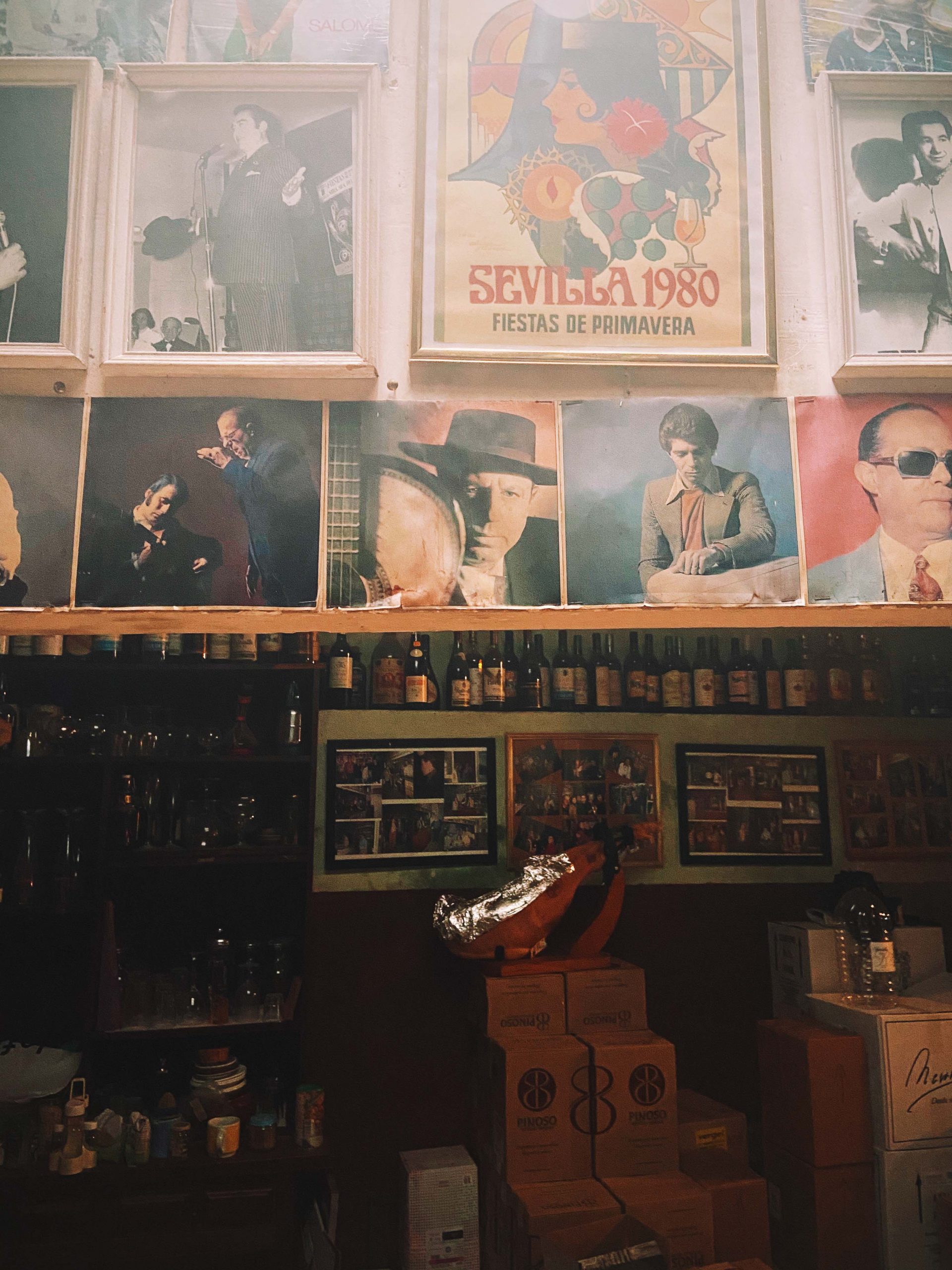 Little changes on the inside, but so much time takes a toll.

Some of these people have been steady customers since the 1970s who are now 80, 90 years old. The problem is that, in this business, maybe four people pass away and I gain only one client in the same amount of time.

Bodegas Rojo offers several liquors and wines to be purchased for takeaway and in bulk quantities – often to local bars. Its differences make it stand out and it’s a truly unique place, but it’s tough to maintain such a niche.

I’m committed to providing liquors, wines and other products that you can hardly find anywhere. By that, I mean that people come here to find something in particular. Coca-Cola and Mahou are available down the street at Carrefour but an Anis or Vino Añejo is not easy to locate.

The hope is that in spite of Emilio’s ageing clientele, there remains a demand and an interest for unique and premium products in the wider community, because Bodegas Rojo is one of the last places in Madrid like this.

This article was written by Alexander Salvatierra, who hails from Georgia. No, not that one in Eastern Europe. The peach state, home of the chicken and waffle. Needless to say, this has motivated him to go in search of places around Madrid that inspire the same kind of wonder and excitement as chicken and waffles. The corners that bring a community together and define it. 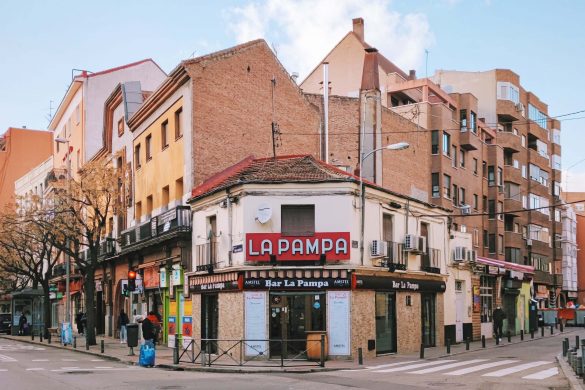