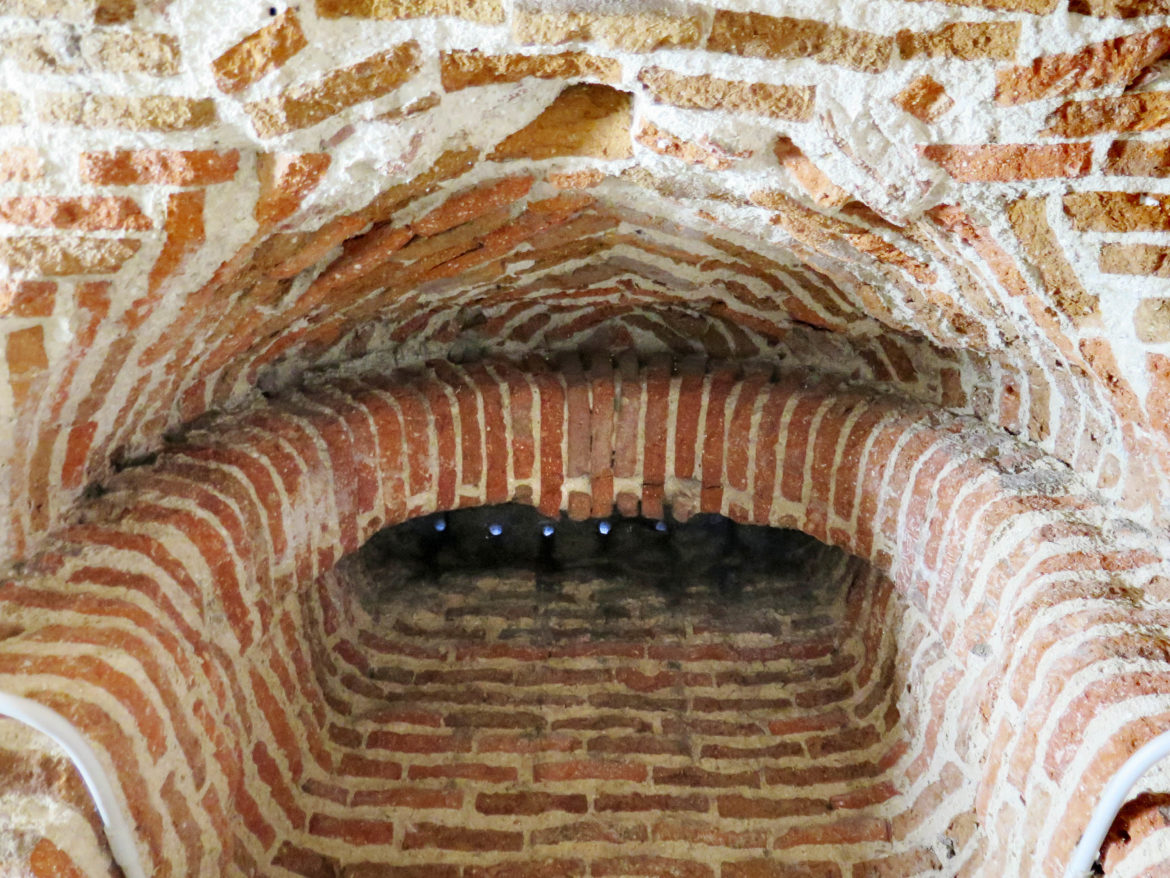 After signing us in, the concierge stood up, took the keys out of his pocket and unlocked the huge wooden door to our left. “Be careful!” he said, and off we went down the narrow stone staircase.

Just one floor below street level, there are five vaulted chambers of crumbling red brick and reclaimed stones from the city’s old Arab wall. Between each cramped cell is a tiny oval window providing ventilation and human contact, and in the first cell there’s a vent reaching up to street level with seven tiny air holes visible from Calle de la Cabeza. 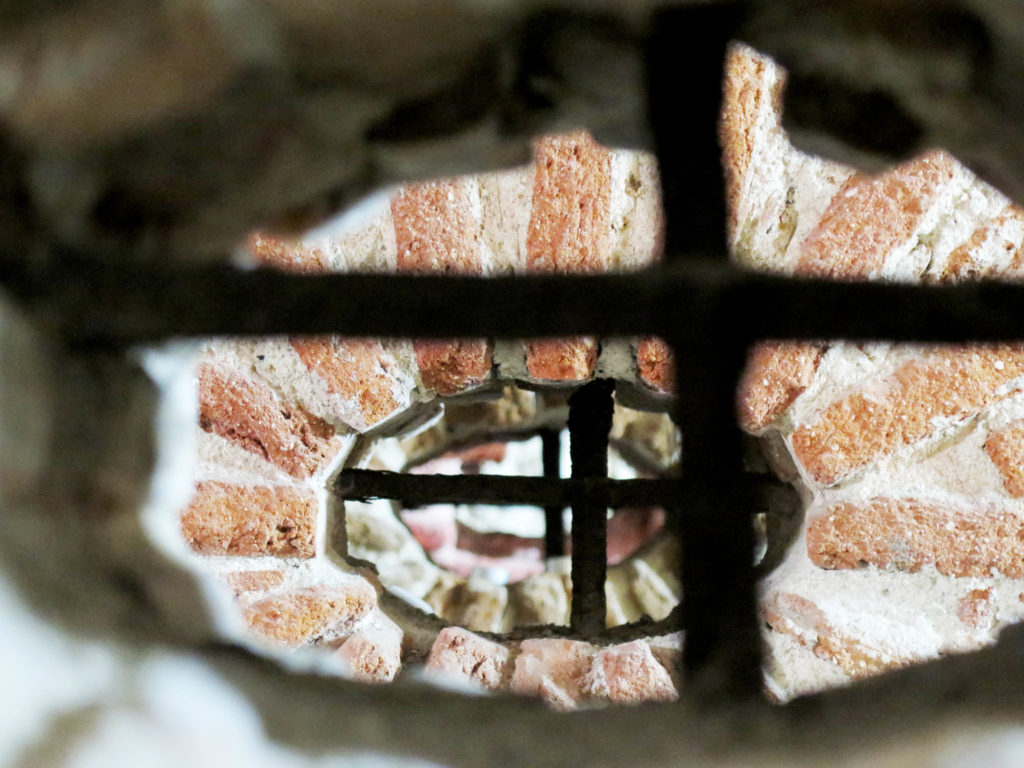 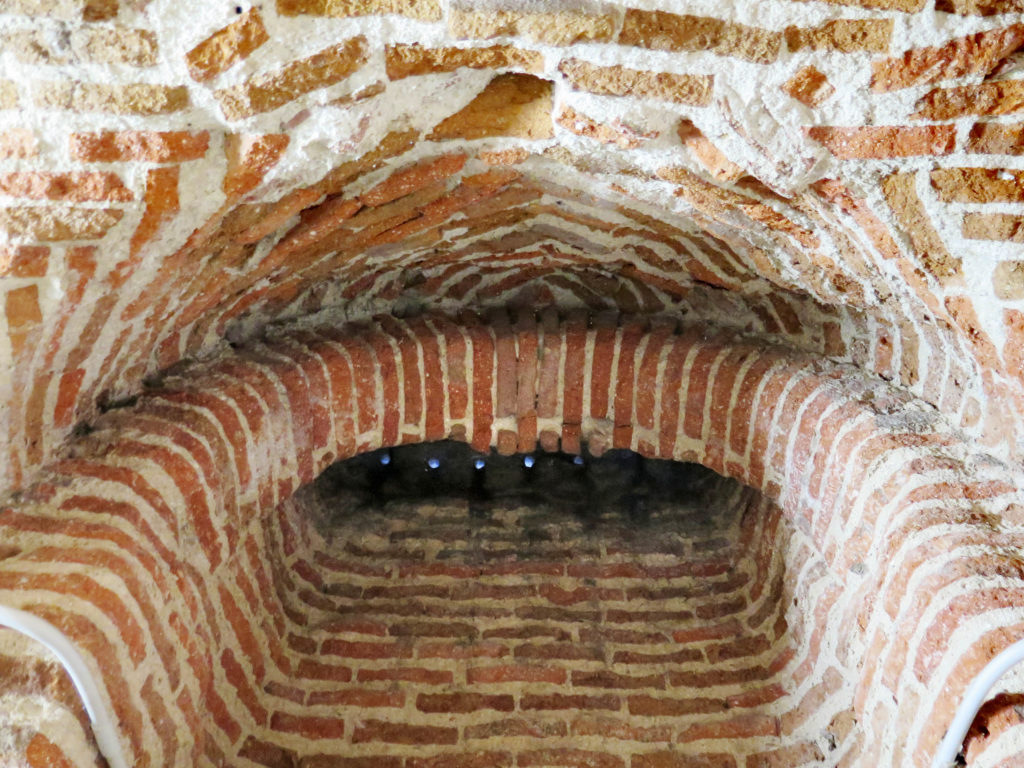 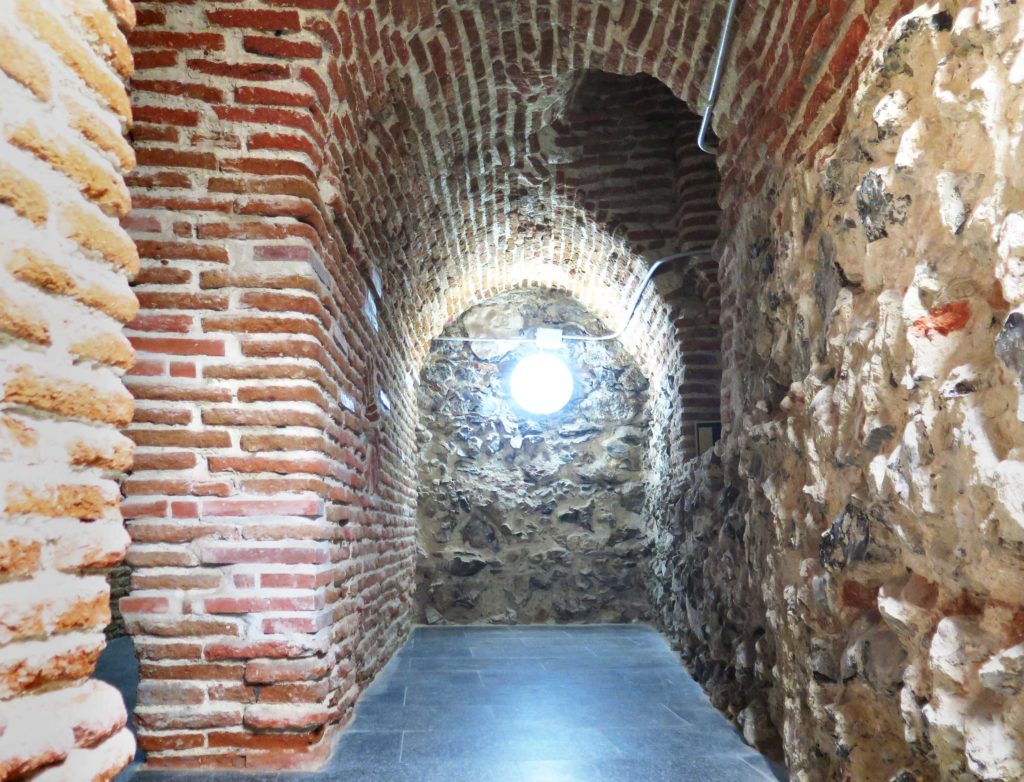 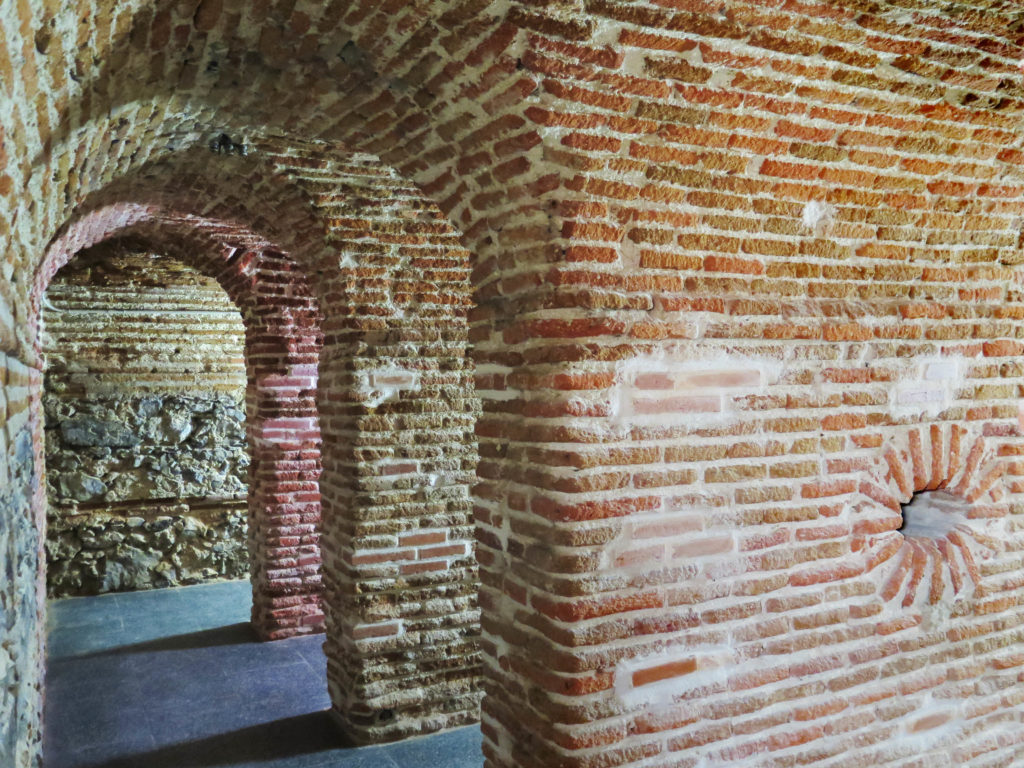 La Carcel de la Corona was used throughout the centuries to incarcerate controversial influencers of the time. These cells were reserved for religious and political extremists, many of whom were picked up during the Spanish Inquisition, which itself dates back to 1478 – a possible founding date for this prison.

During its potential half millennium of existence, La Carcel de la Corona lured in some brutal people…

THE BLOODY DEATH OF A PRIEST

Matías Vinuesa was the priest of Tamajón during the final years of the Spanish Inquisition. He was imprisoned during the Liberal Triennium: the three-year period between 1820 and 1823 when a liberal government ruled Spain following a military uprising.

Matías had devised a plan to overthrow the liberal government and return Spain to absolutism, where a king would rule once again. His plan was uncovered and he was sentenced to death, yet somehow he was spared his brutal punishment and ended up with a relatively lenient ten-stretch in the Lavapiés prison dungeon.

However, the same day that the sentence was announced, on 4 May 1821, an uncontrollable crowd of liberal radicals broke into the prison and bludgeoned Vinuesa to the death they believed he deserved. They hoped this gruesome attack would frighten the opposition but, just two years later, the Liberal Triennium came to an abrupt end and the monarch was put back in charge of Spain.

The beautiful old building that currently stands on top of the Lavapiés dungeon was built in 1793. Inside you can see a corrala, an iconic feature of the local area’s architecture, and wooden beams within the ceilings. 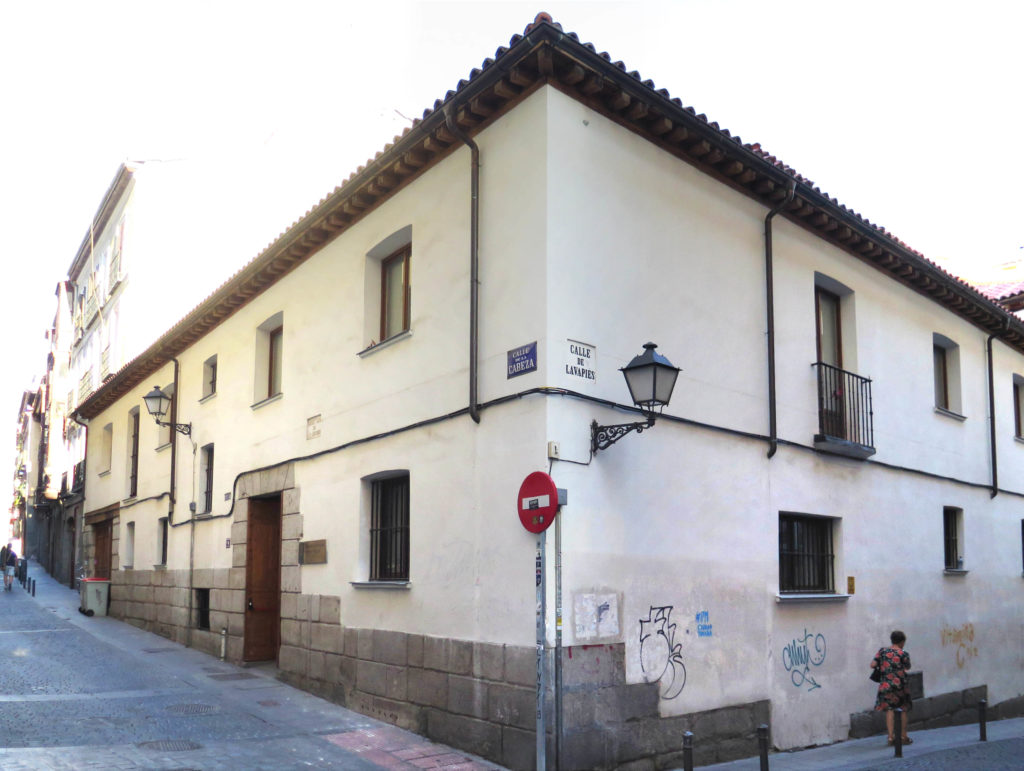 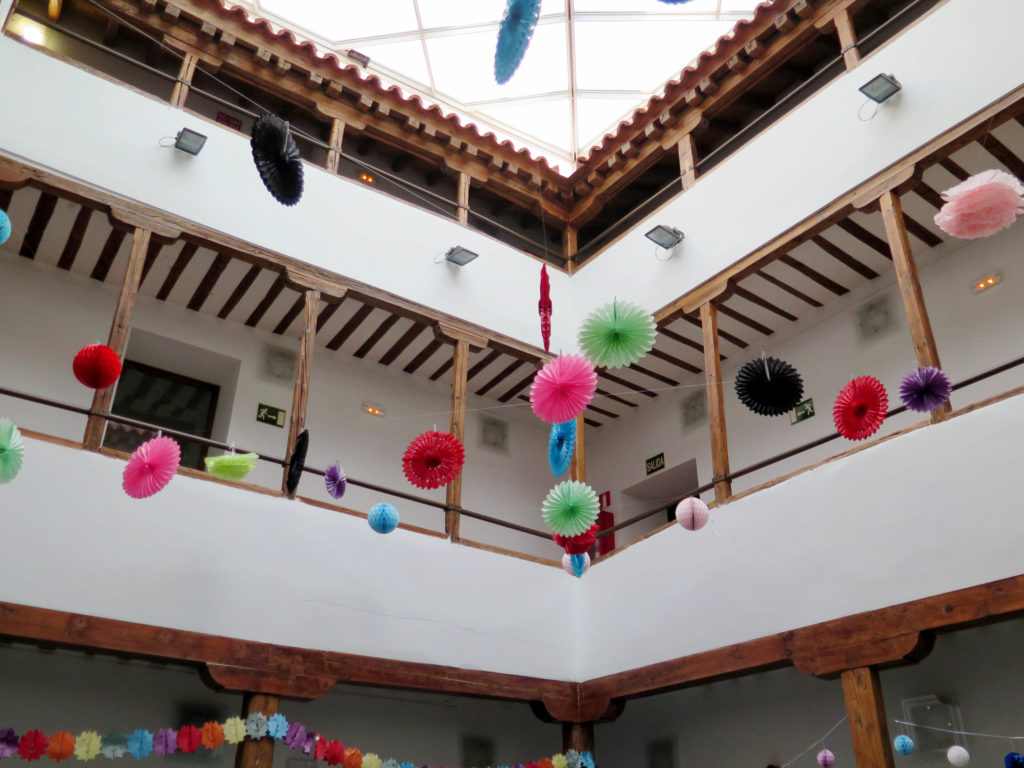 Today, this building is an old people’s day centre and has a cafeteria, event space, and workshops of all kinds. The dungeon itself is often used as an art gallery – quite a contrast to its original purpose.

The building is open to the public every day, and if you want to visit the dungeon, it’s a very informal arrangement: just pop along, chat to the concierge and he will let you in. If you dare…

The dungeon beneath the streets of Lavapiés was last modified: June 12th, 2019 by Madrid No Frills
Share:
Previous Post 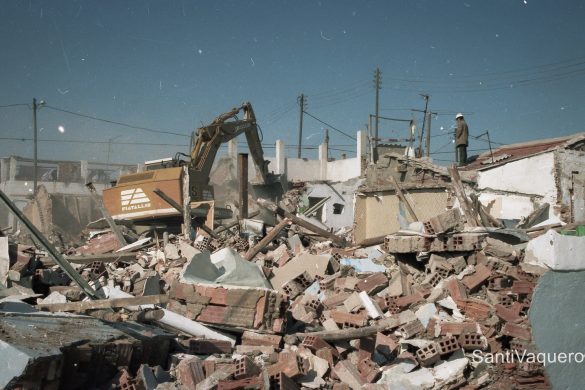