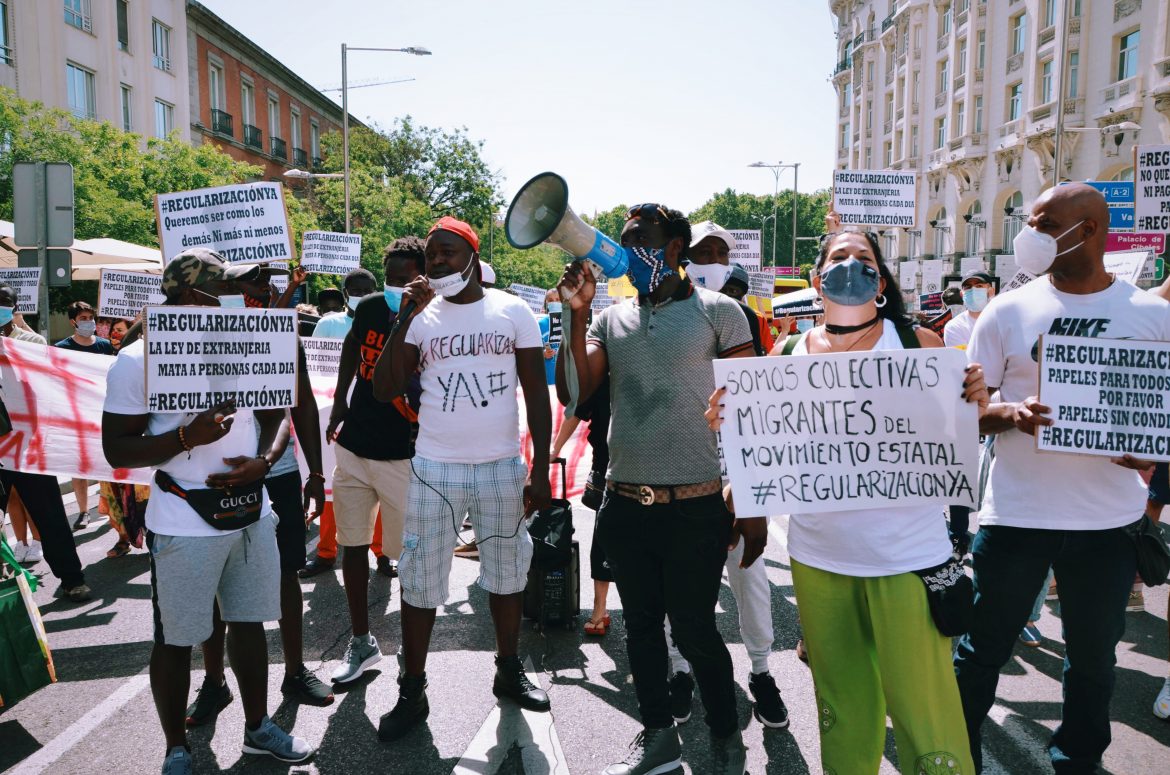 Immigrant exploitation and even slavery is all around us. Immigrants pick our vegetables and keep them cheap. They take care of our elderly and give us free time. They clean our hospitals, deliver our food, build our homes and allow us to stay in them during the pandemic. Their institutional exploitation must stop, and that is exactly what Regularización Ya are here to do. 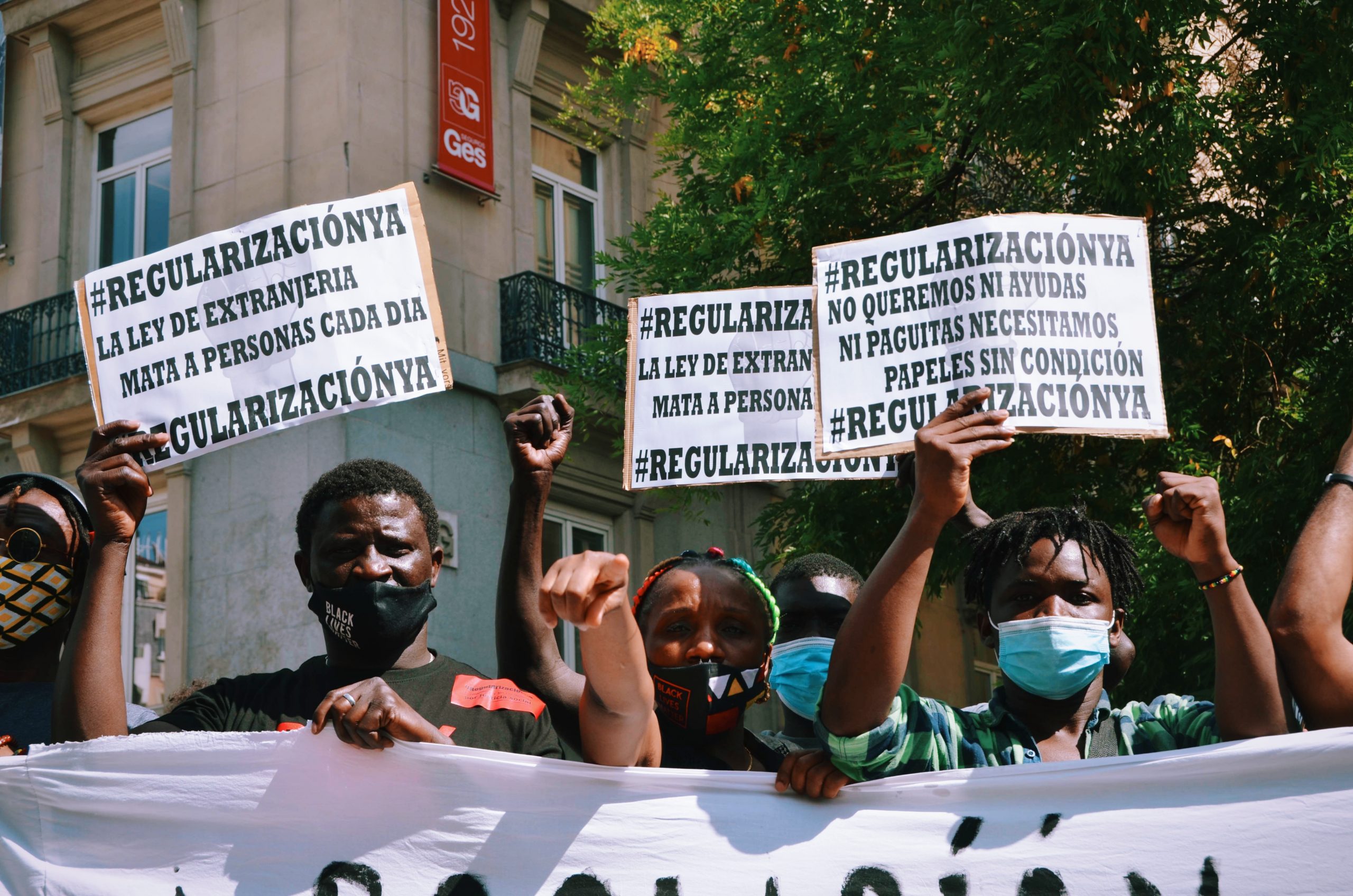 On 25 June, the team of Barcelona’s Sindicato de Manteros packed overnight bags and caught a plane to Madrid. They arrived into the Madrid-Barajas Adolfo Suárez Airport after dark and were greeted thunderously by their fellow Madrid anti-racist activists, ready to join up and fight for their rights the following morning.

That morning, I packed my backpack: a bottle of water, press card, yellow jacket and two cameras. I clipped my bumbag around my waist and put my phone, hand-sanitiser and ID inside, and finally, put on my face mask. I left the barrio and walked up to Congress expecting to see rivers of people flowing in the same direction – just like the BLM protest a few weeks before. But when I arrived, nobody was there.

The police had blocked off access to Congress, despite confirmation of the location of the protest. But I found the demonstrators – they weren’t far away having been shifted to outside the Westin Palace hotel, crammed into a narrow junction between fences and police vans. I joined them, waved hello to everyone I knew and started taking photographs while chanting “Regularización ya” and “No human being is illegal” between slogans borrowed from the BLM protests, including “No justice, no peace!”.

It was a powerful protest, a real concentration of energy of the people, but…

WHERE WERE ALL THE PEOPLE?

The 26 June protest was small. There were perhaps 200 people there, almost all of them people of colour. I saw our allies there too, there were perhaps 20 white women in the crowd and a further 20 who were part of the organising. There were Trans people too – of colour and white. I saw no fellow journalists or photographers of colour, just a few news reporters wedging themselves into the protest’s eye of the storm to bring bonus-earning coverage of something seemingly radical to their audience.

I did spot some cardboard signs that echoed, or perhaps were even from the BLM protest in Madrid a few weeks back. But where were the thousands of people holding them? A few weeks ago, George Floyd’s death mobilised the world, but a few weeks later, Spain’s own version of BLM didn’t even come close. 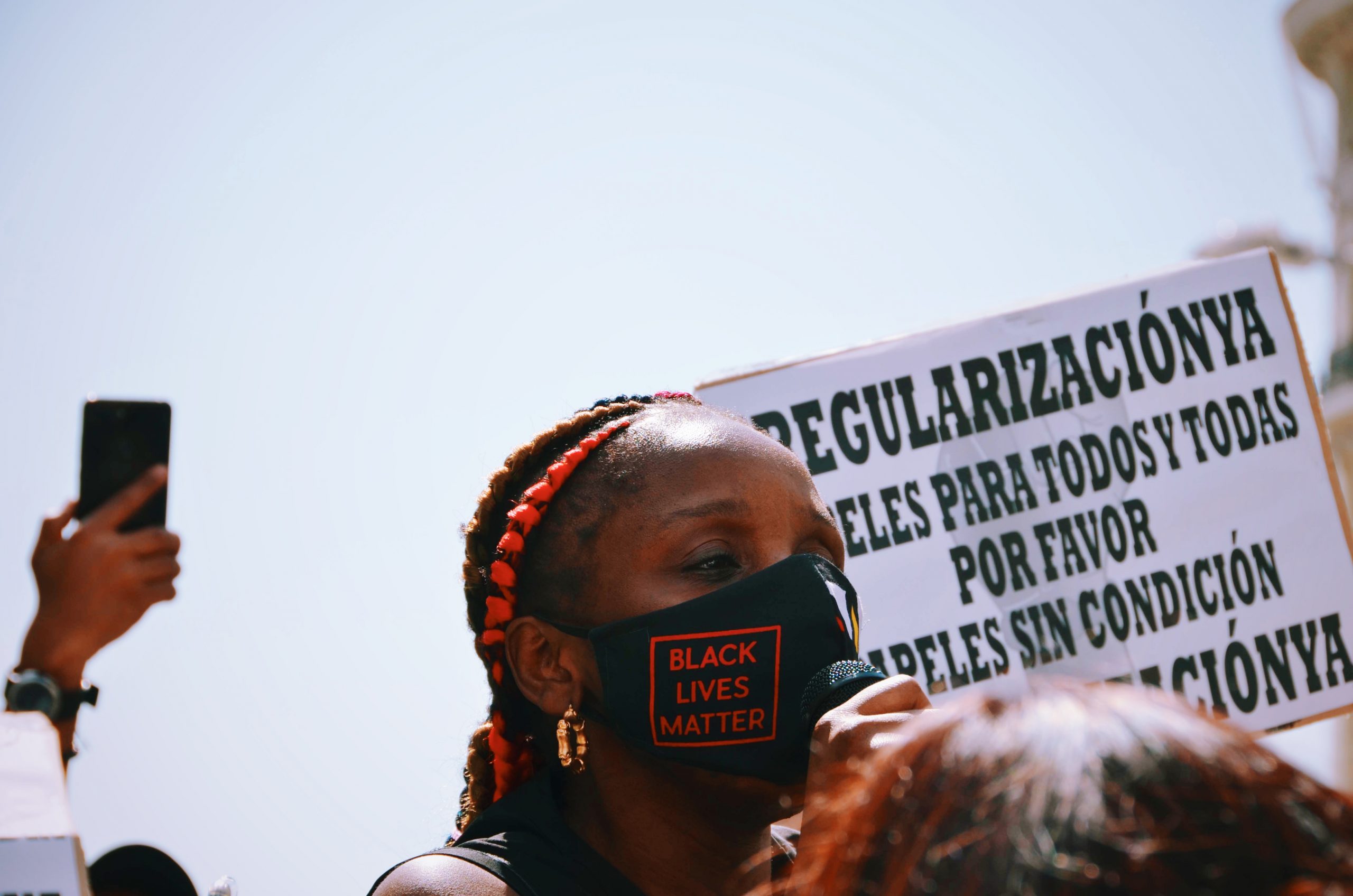 THE REGULARIZACIÓN YA MOVEMENT EXPLAINED

A growing grassroots group of migrants and locals set up this movement to pressure the government to legalise undocumented migrants already living in Spain in order to allow them the same rights as tax-paying citizens – including the right to contribute to the economy legally. Now legally is the word, because they do contribute to the economy already, but by being exploited.

I love Spain, Spain is my country. But it’s exploiting my people. It has to stop!

…explains Becha, a Congolese seamstress and activist who runs one of the last remaining Covid-19 relief food banks in Lavapiés who attended the protest.

Almost all – if not all – undocumented migrants in Spain have jobs, but many are enslaved working in fields, care and construction. They earn money, but they can’t pay taxes because they’re not allowed, but they want to because it means access to health care, education, legal rental contracts and dignity – things that Spanish citizens take for granted.

In some cases, many undocumented migrants’ work situation echoes the definition of slavery that we’re more familiar with. Once they arrive into Spain after either jumping the fence, being trafficked by boat or hidden amongst cargo, they’re lured into exploitative work, their passports are confiscated and they’re unable to earn and save enough money to return home. Some want to stay and wait it out for the two to five years necessary before automatic citizenship, but others who arrived with the same dream are met with another reality and would like to leave. But they can’t, because it costs a lot more to be trafficked back than it does to be trafficked here. And so the vicious cycle of entrapment, exploitation and slavery unfolds.

With no papers, they have no rights, and for as long as they have no rights, they will continue to be exploited. Their slavery will continue to prop up Spain’s economy, whose long-standing global force is partly due to the country’s institutional racism that chooses profit and segregation over fairness and equality – capital over people. Immigrants will continue being exploited while many of us continue being free, because Spain’s establishment has made a conscious decision to alow exploitation by prohibiting migrant rights and imprisoning those who challenge the system. This is capital-driven oppression.

The Regularización Ya movement has gained more steam in recent months due to the Covid-19 pandemic, where exploited workers are still being forced to work but without adequate protection or insurance. The movement has also benefitted from the attention that Black Lives Matter has brought in raising awareness of institutional racism, but it can’t end here. 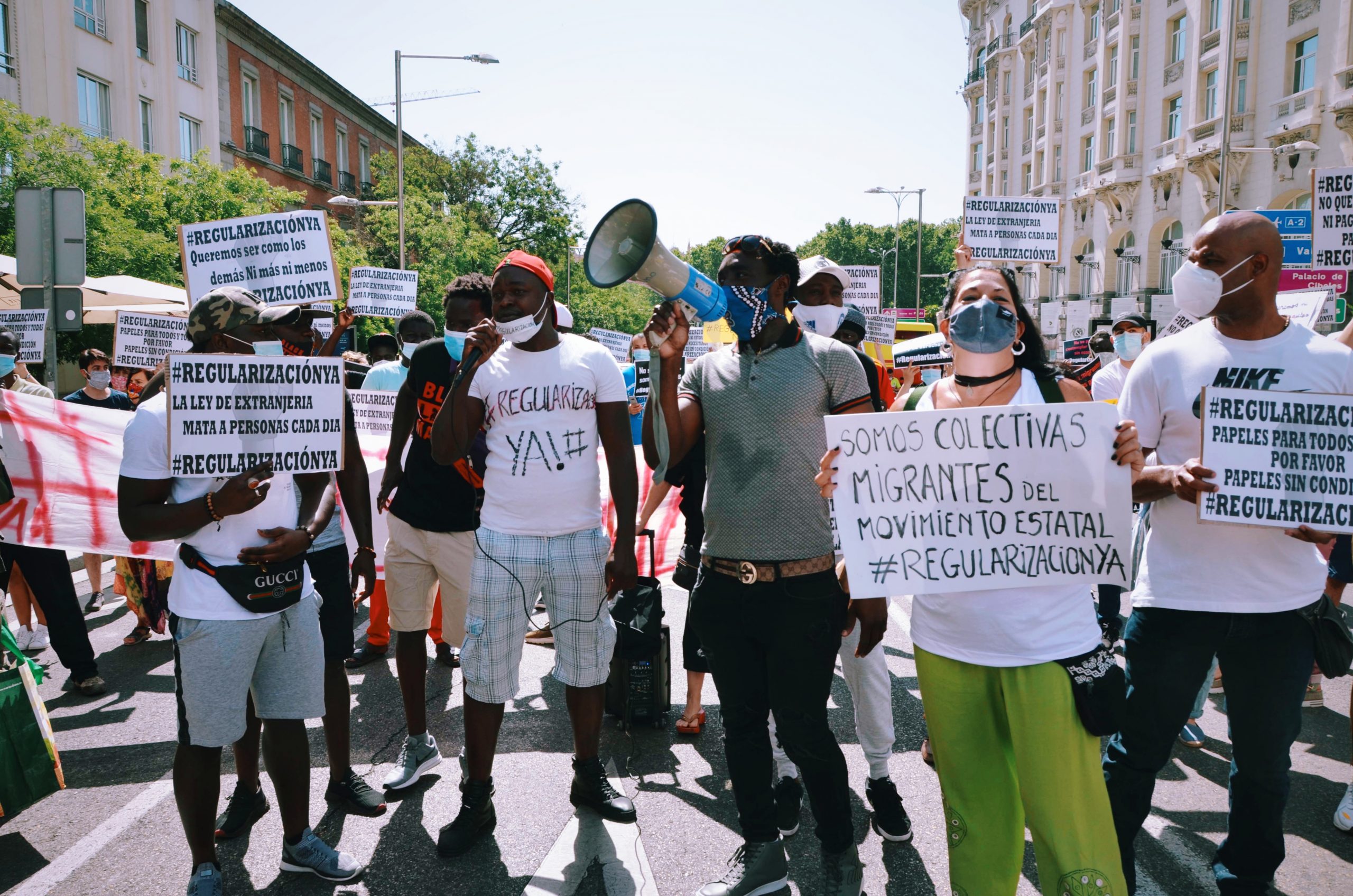 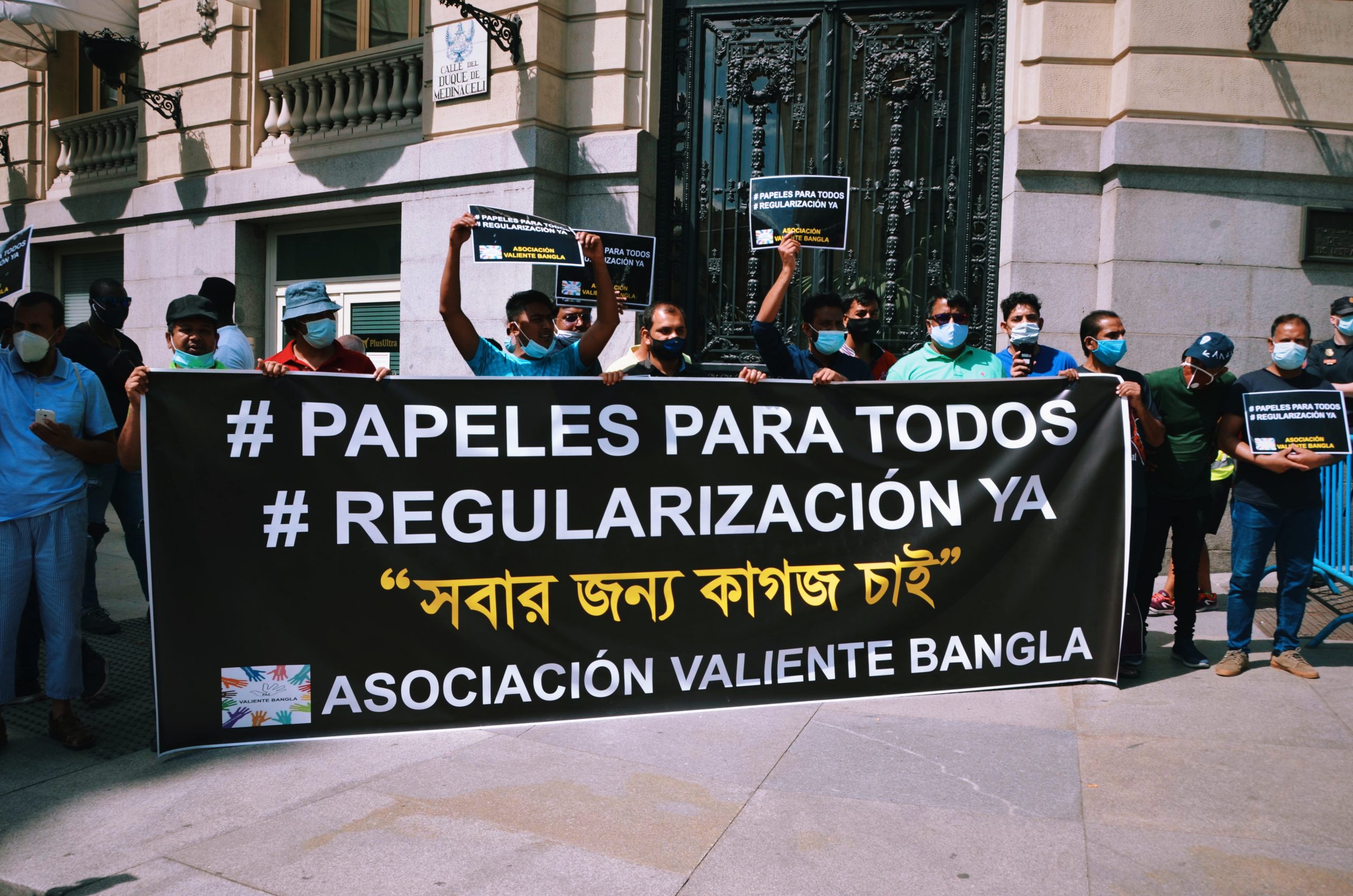 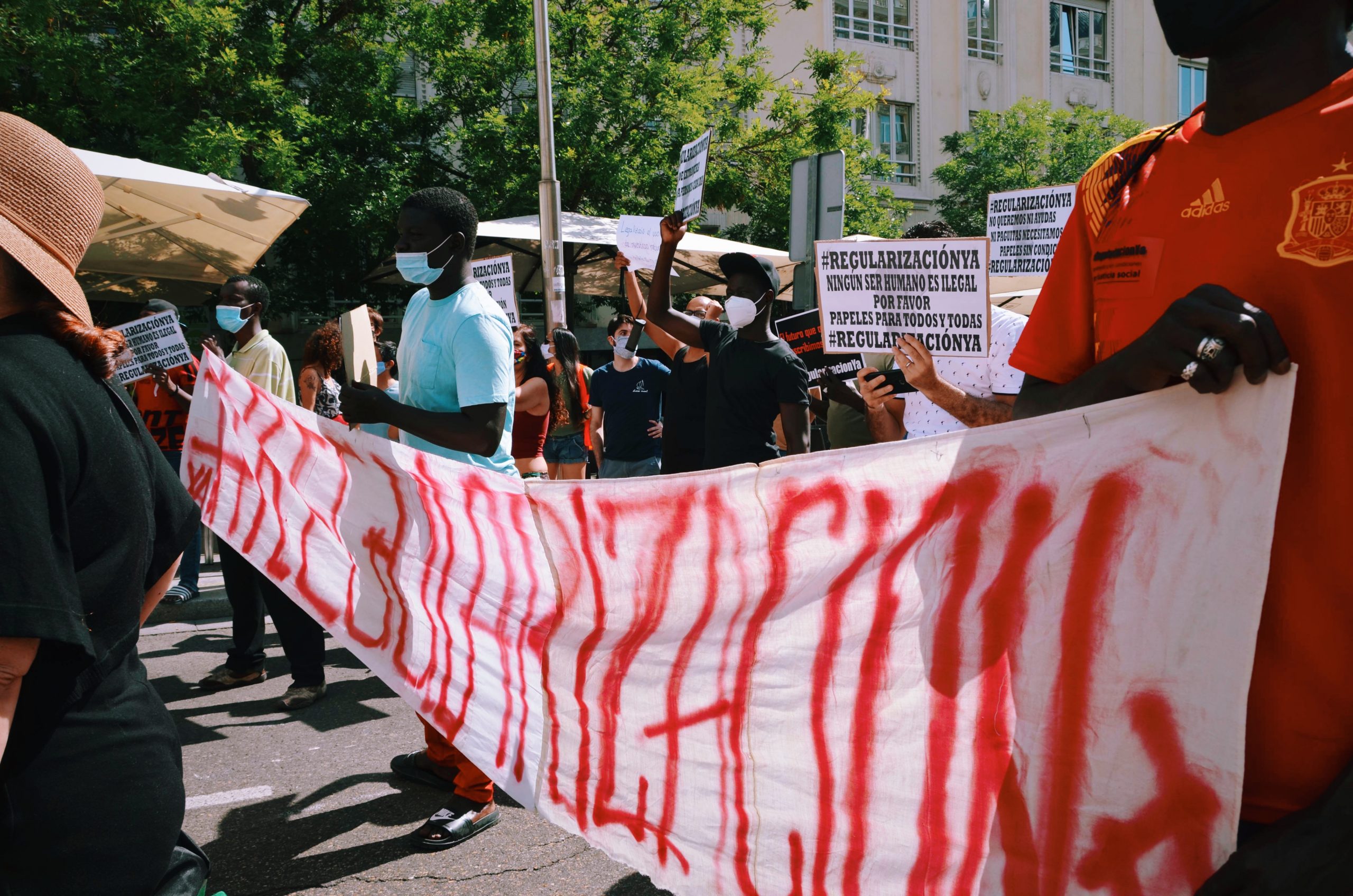 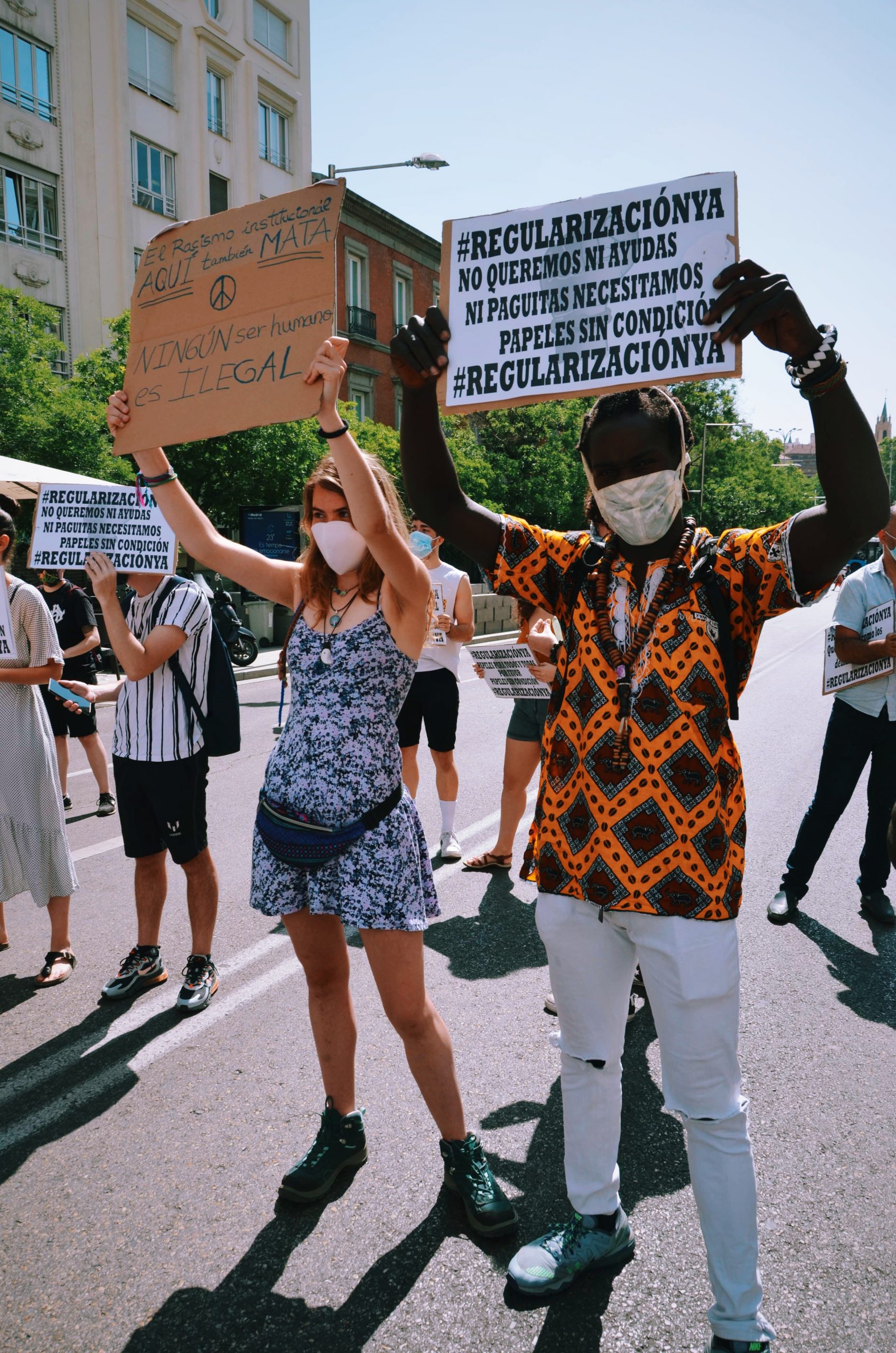 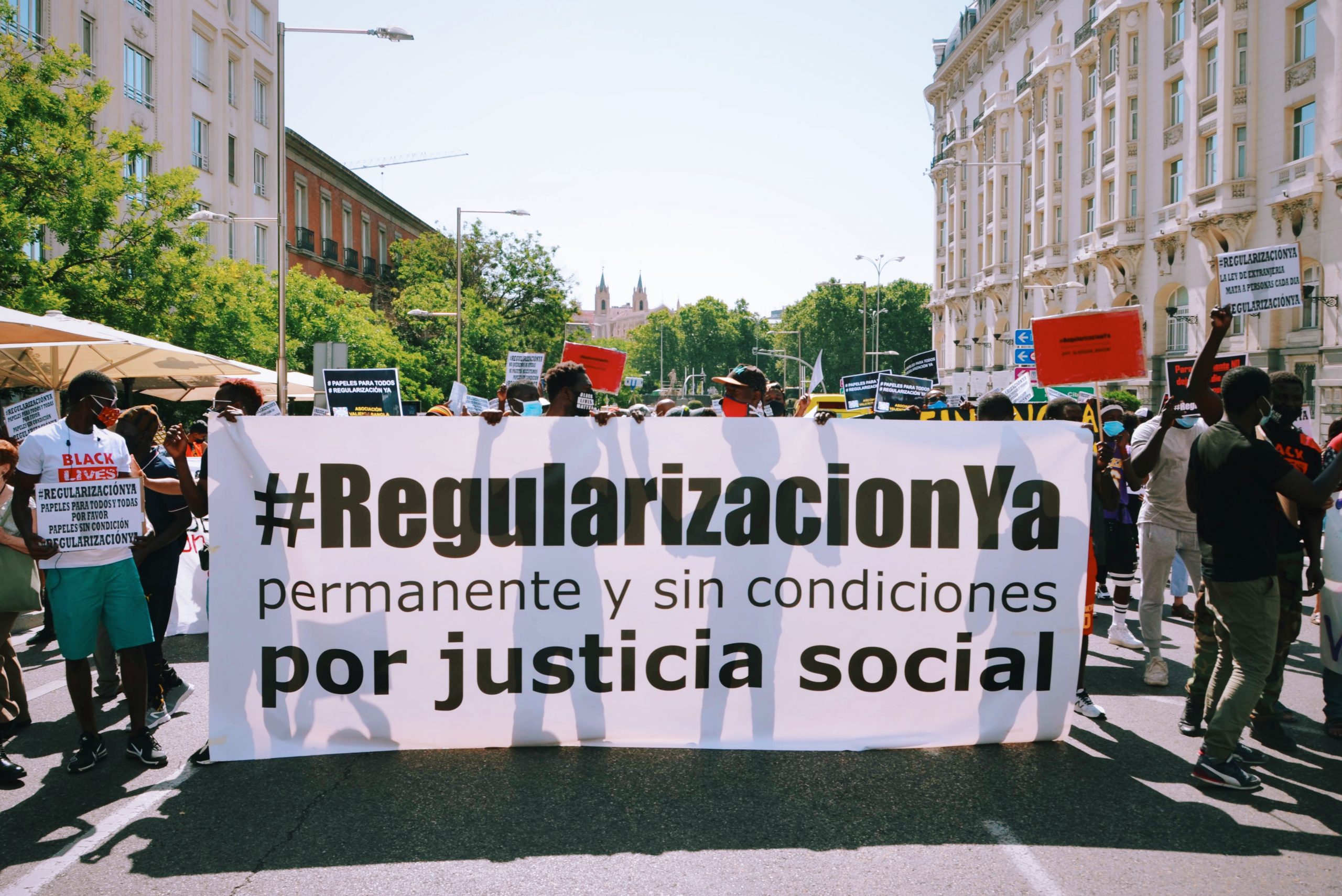 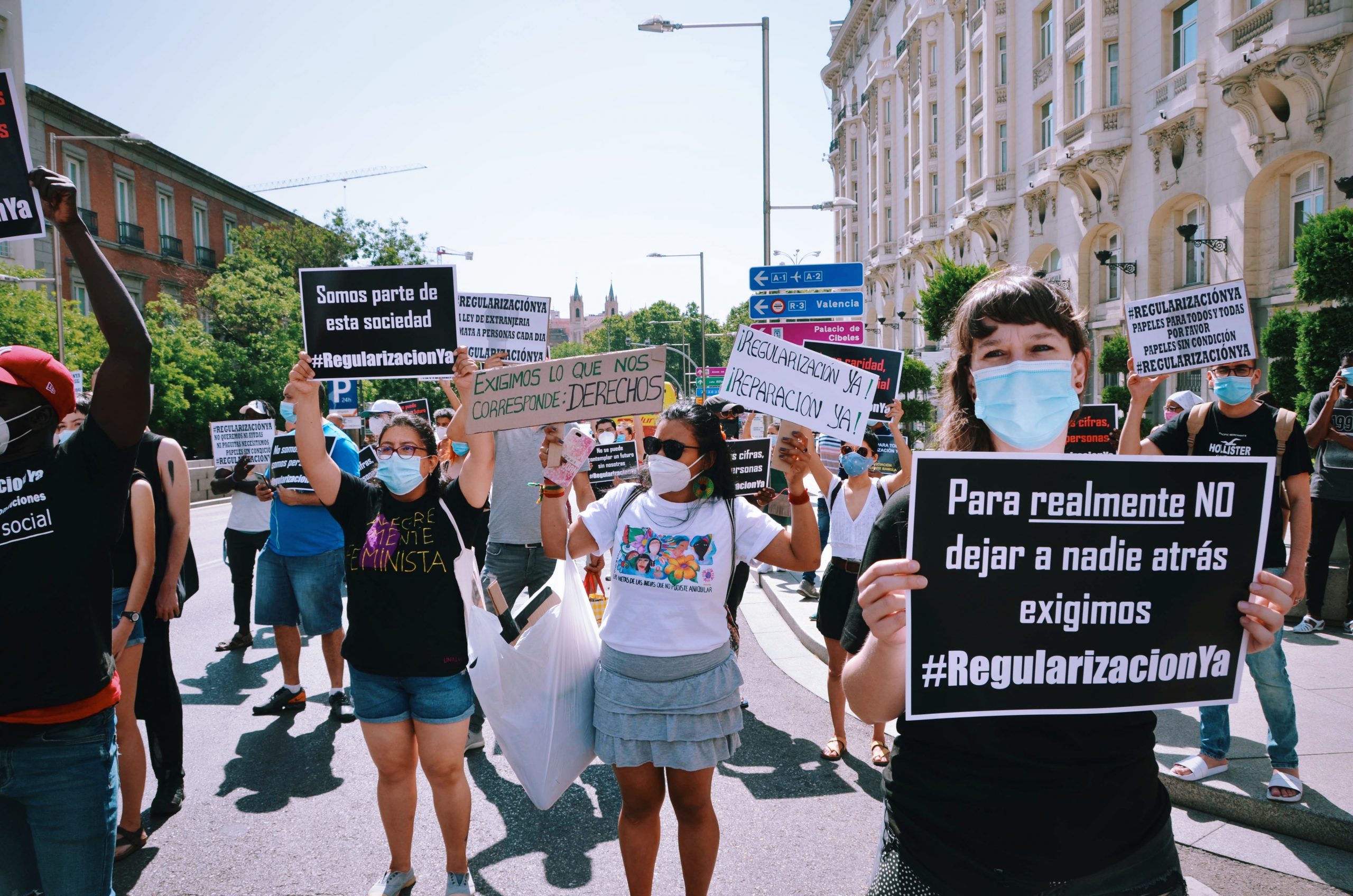 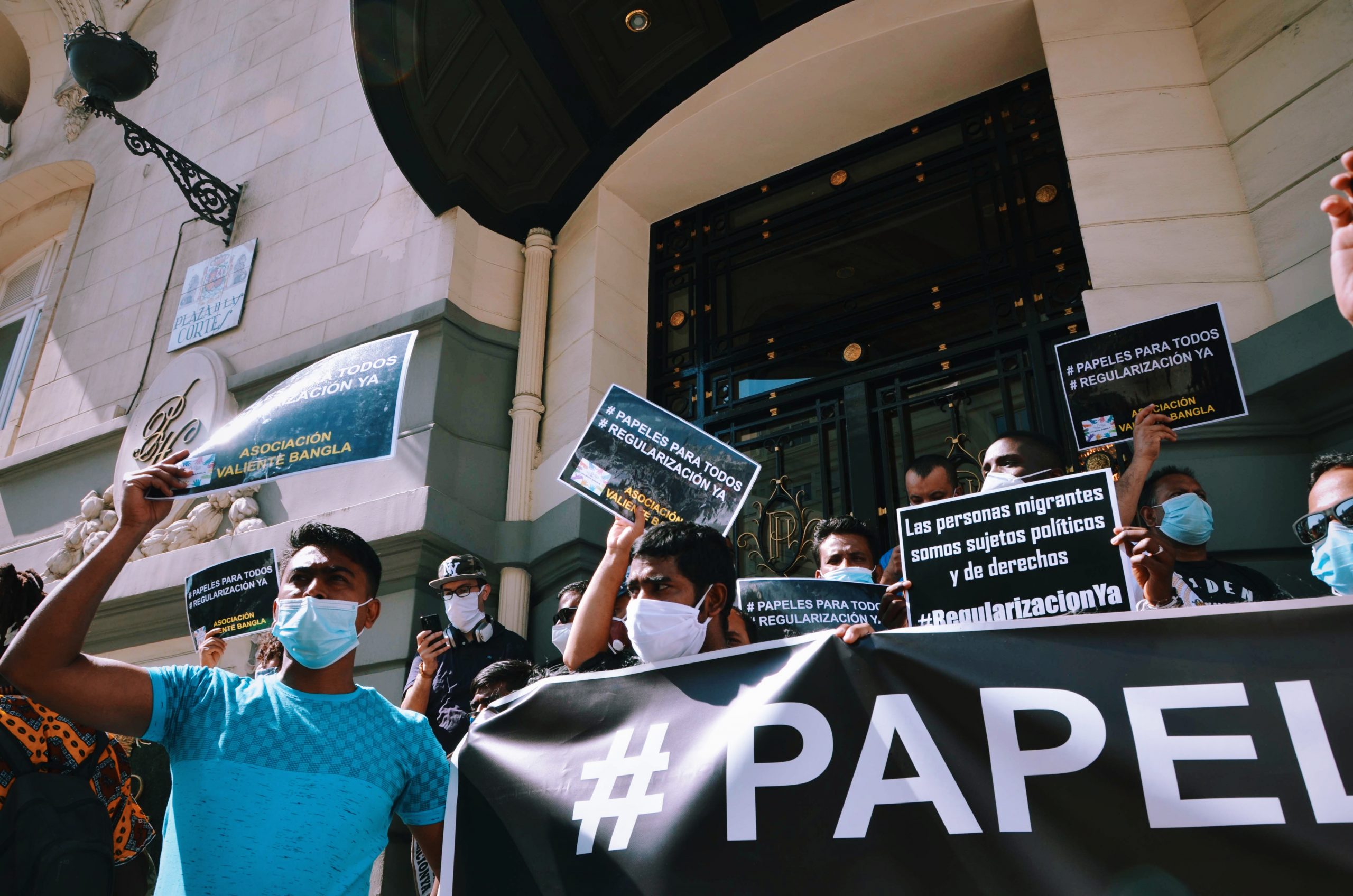 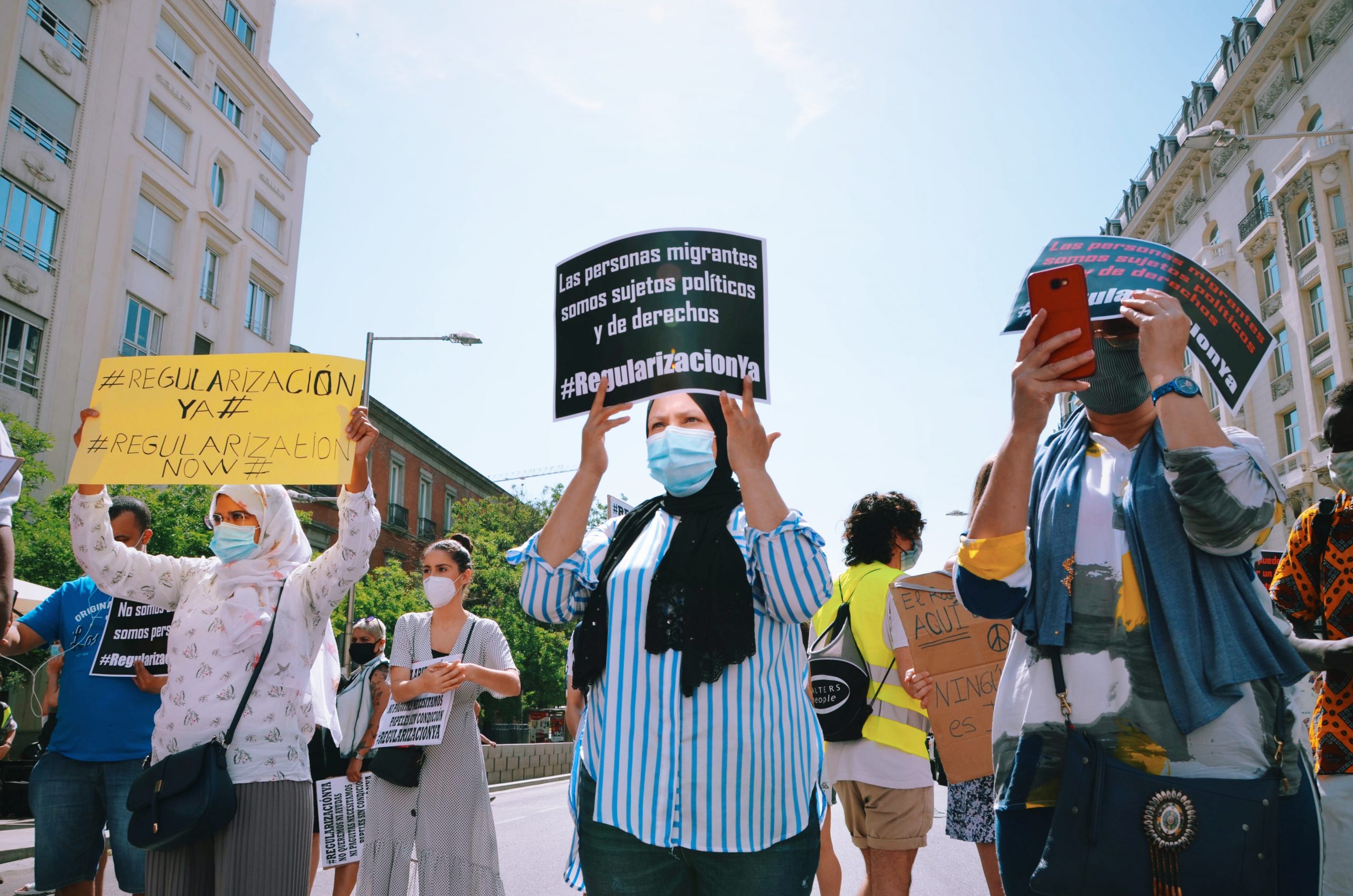 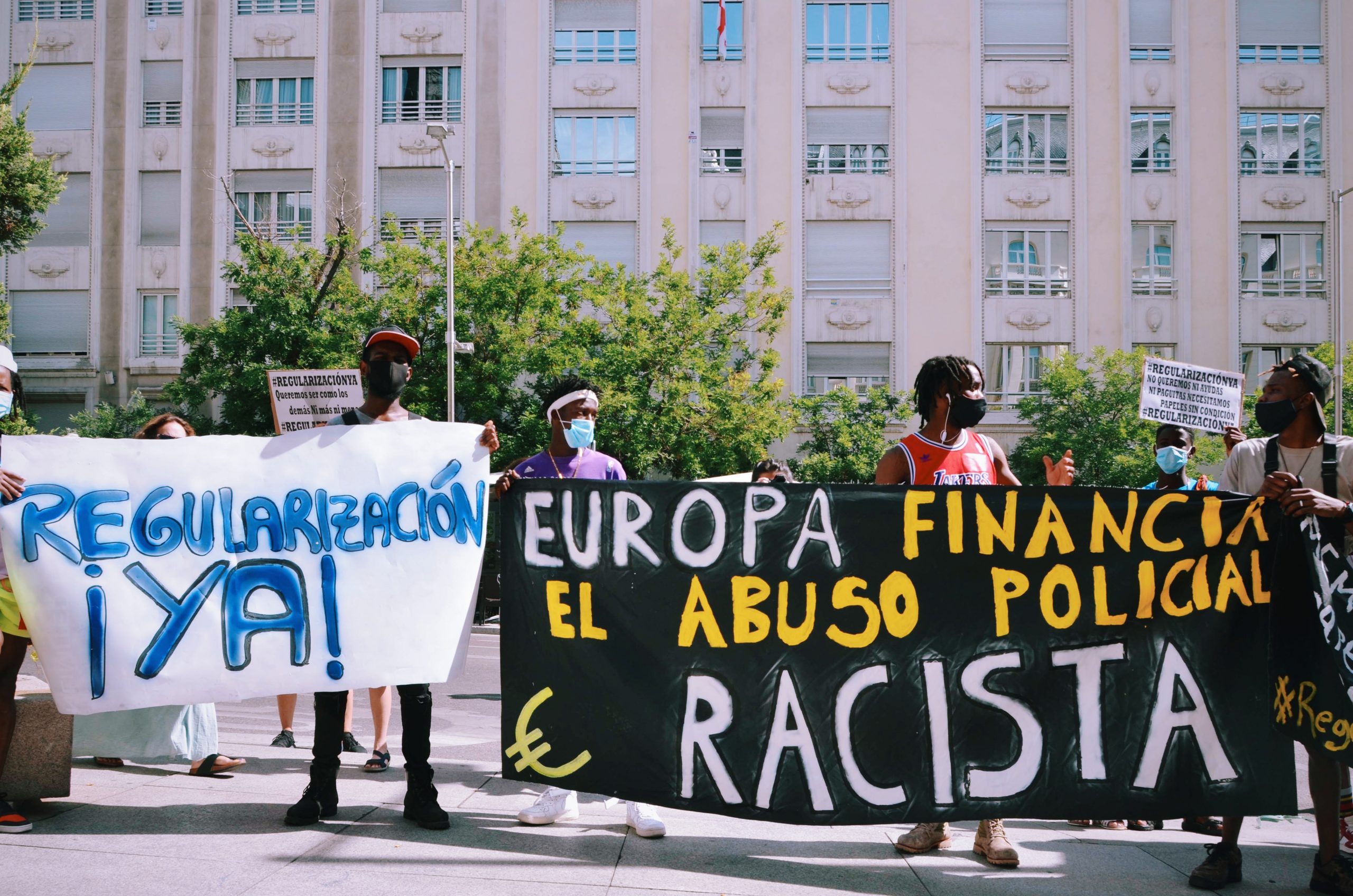 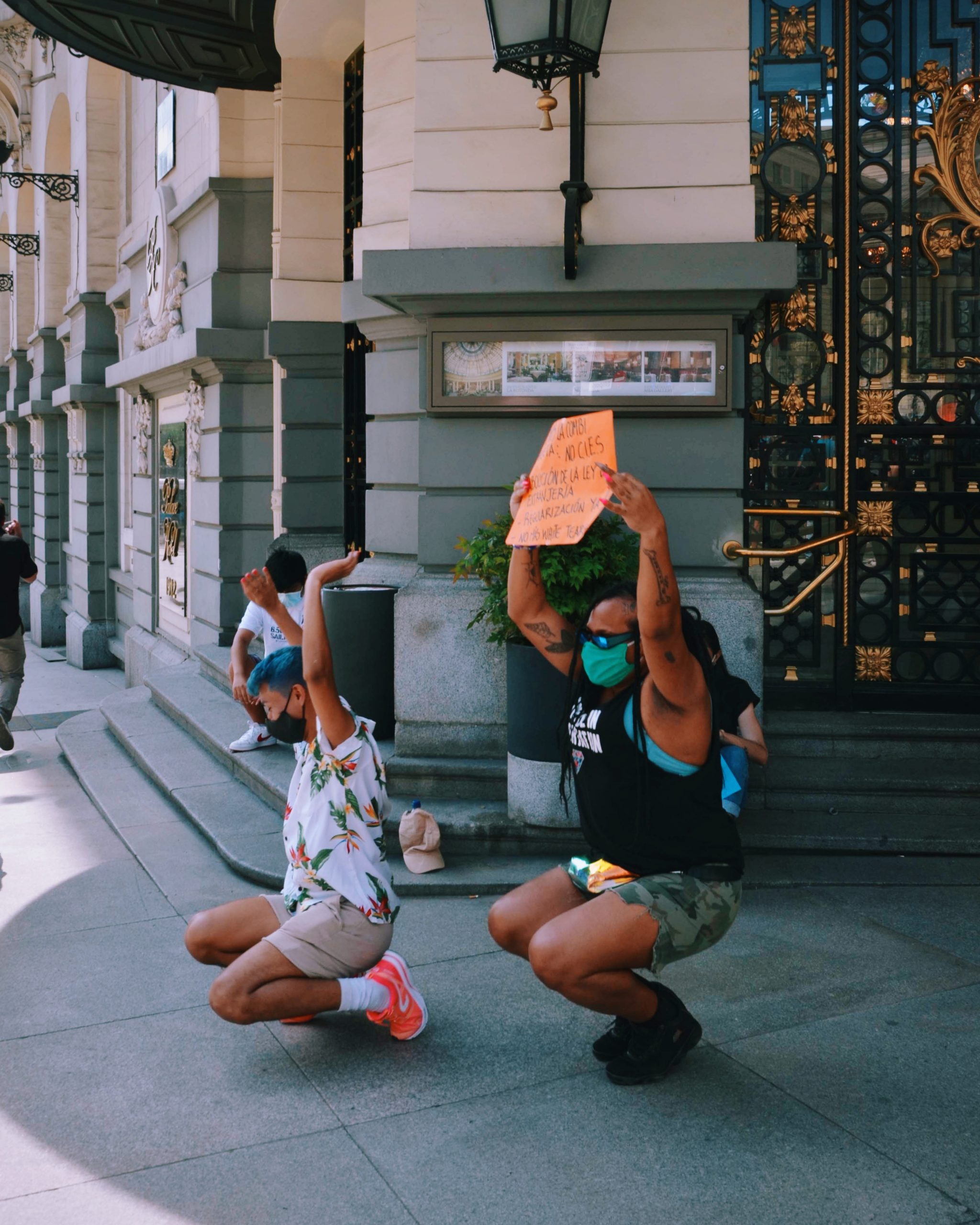 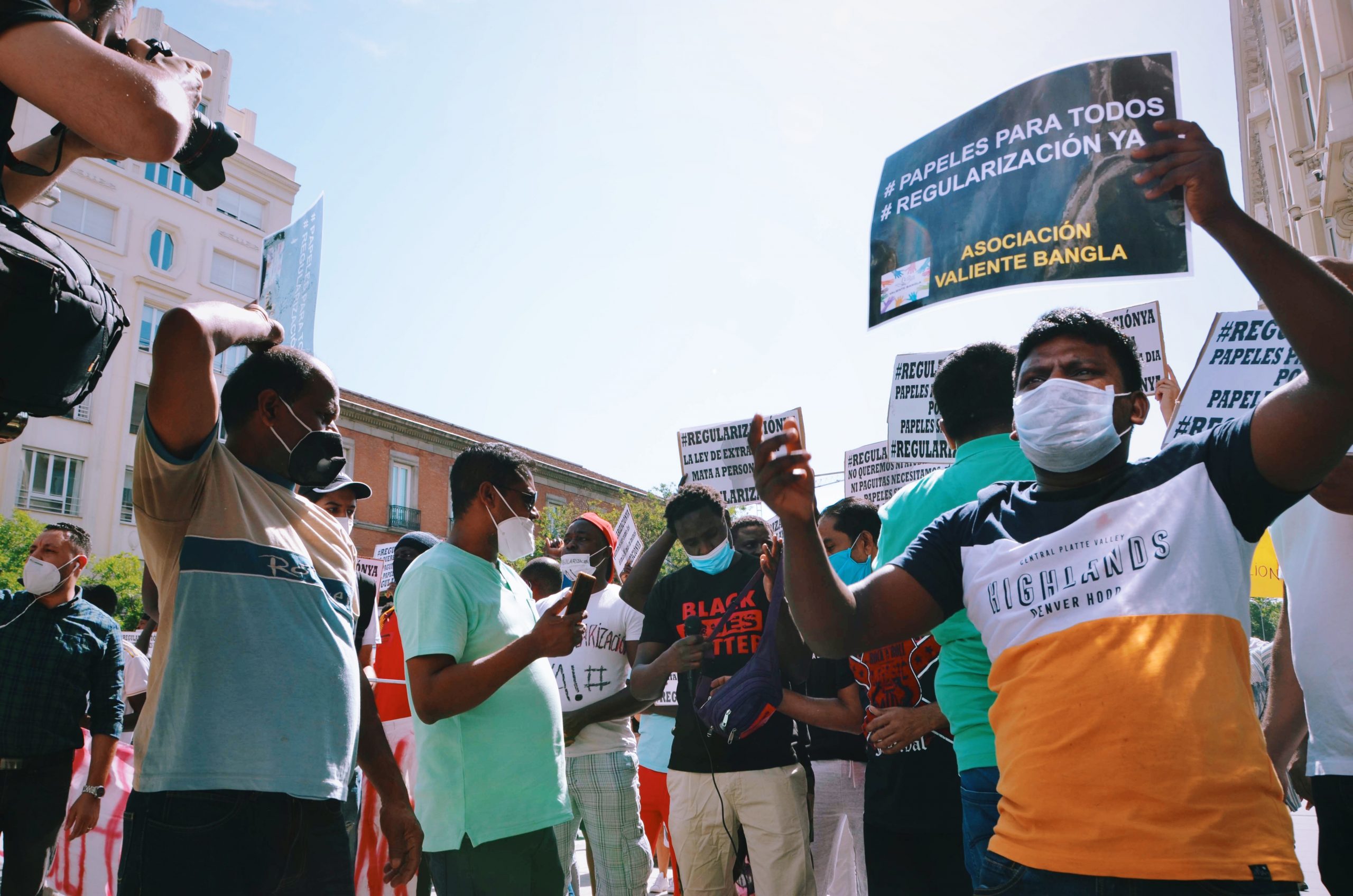 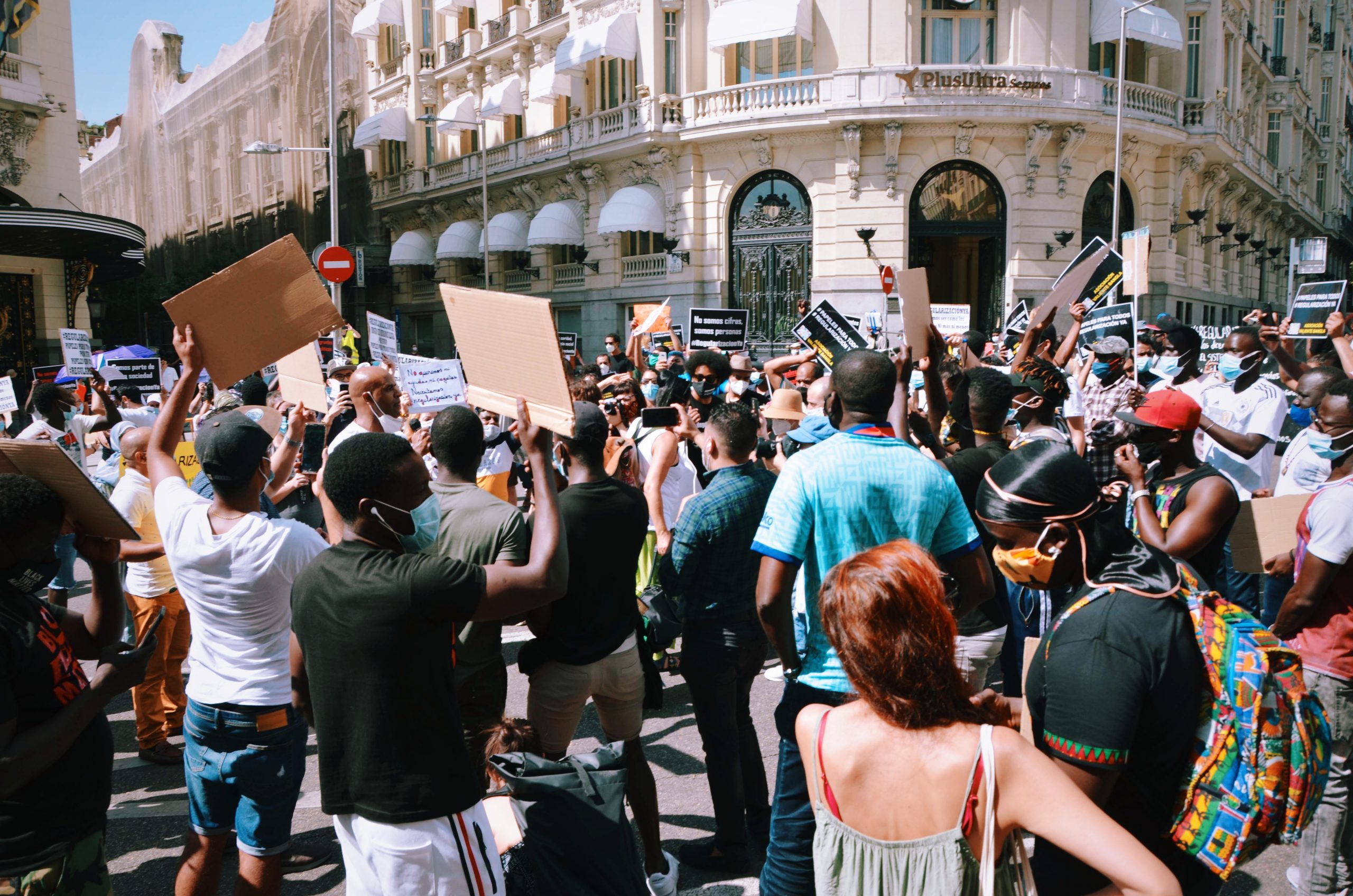 #Regularización Ya: The Spain movement calling for an end to institutional racism was last modified: July 29th, 2020 by Madrid No Frills
Share:
Previous Post

The MNF University course for Bloggers Of The Future! 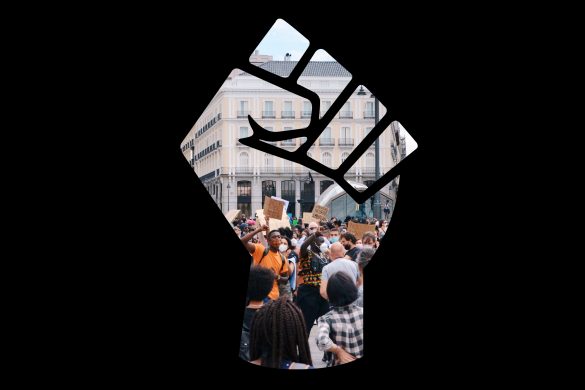 I told you they couldn't stop the neighbourhood Ab