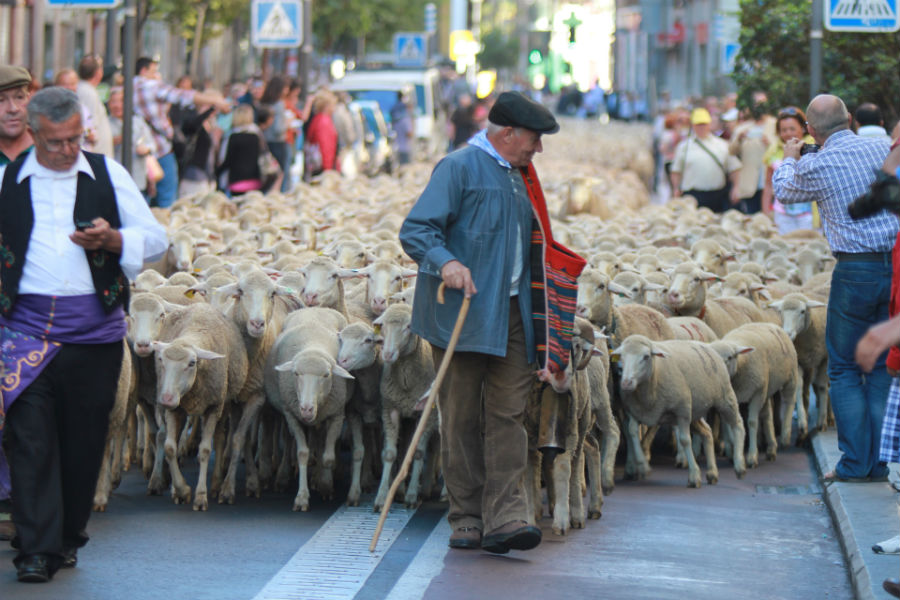 Tomorrow, all cars and buses will be diverted from the city centre, and shepherds will herd their flocks through Madrid. In a spectacle witnessed by lots of confused onlookers, hundreds of sheep will stroll through our grandest boulevards. It’s an undeniably bonkers sight that confirms that Madrid is just one massive village but, without this biblical movement of sheep, Spain’s farming industry would grind to a halt.

This phenomenon is called trashumancia (from the Latin tras- ‘across’ + humus ‘ground’). For thousands of years, farmers have been walking their sheep across Spain, following the pastures on which they graze. In summer, shepherds and their flock head north in search of cooler lands and, in winter, they return south for warmth.

The trashumancia we’ll witness part of in central Madrid today is route #6, as the sheep return south for winter, but all of the routes drawn above are vital for Spain – which is a farming country.

Despite certain hindrances, nationwide respect for these vast, ancient passageways that span the country allows Spain’s livestock industry to continue thriving. No paved street, giant monument or shanty town is going to get in the way of Spain’s farming heritage – oh no. 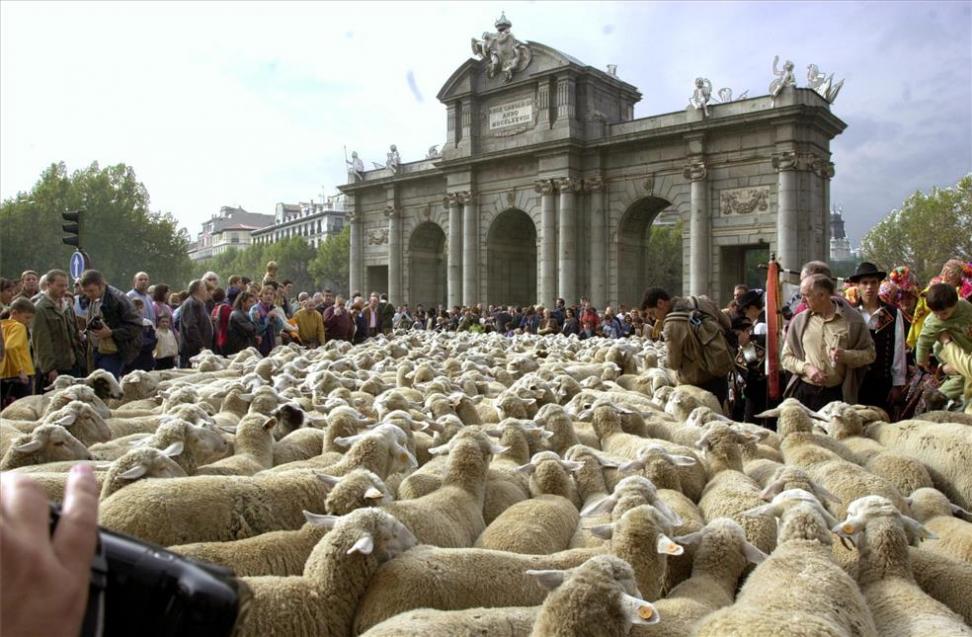 But it’s not just Spain that has trashumancias: France, the UK, the Balkans, Turkey, Iran, Russia, South Asia, Africa and North and South America all play host to this phenomenon too. Reindeer, oxen, cows and more sheep walk from highlands to lowlands, from north to south, from east to west – it all depends on pastures, which are inextricably linked to the weather and geography of the land.

As climate change ramps up, however, trashumancia routes have begun to shift. Drought, flooding and rising temperatures have rendered vast areas of land uninhabitable for livestock. In Siberia, the permafrost (permanently frozen ground) has begun to thaw, resurrecting ancient bacteria and viruses that had been lying dormant for tens of thousands of years.

In other parts of Russia, snow has begun suddenly melting, followed by quickly freezing, leaving a thick layer of ice on the ground. This impenetrable frozen shield makes it impossible for livestock to access the grass beneath, and so they starve. 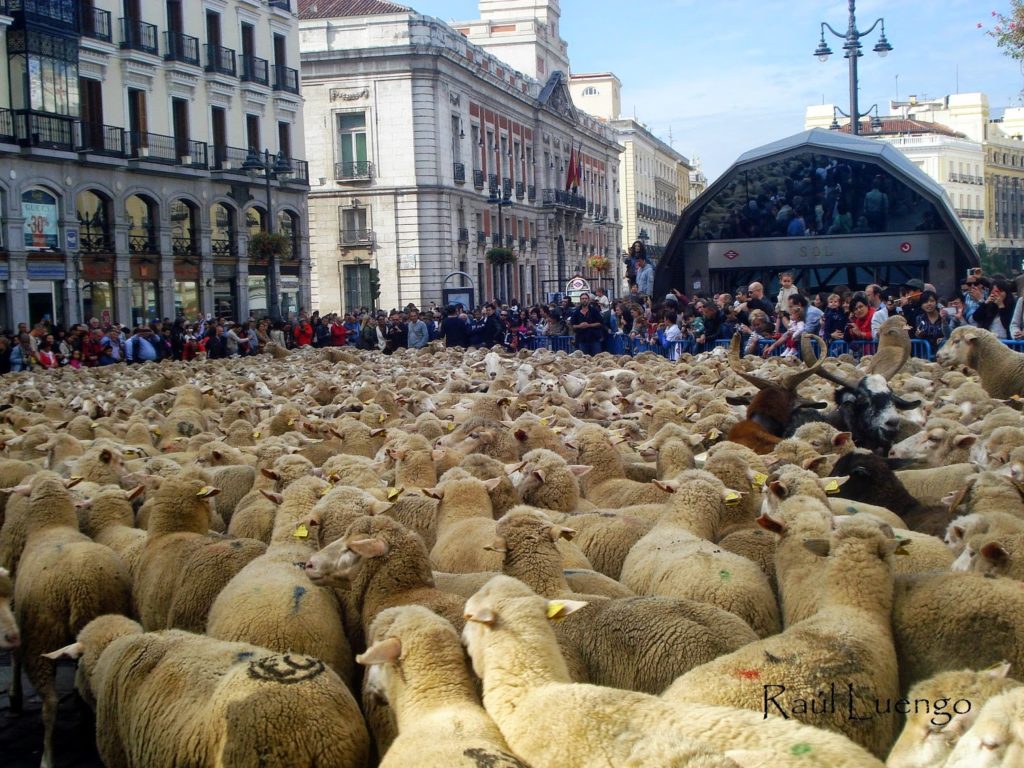 For now, Spain’s flocks aren’t dealing with such extremities, but our climate is becoming increasingly unstable. So far, across Spain this year, we’ve seen devastating droughts, forest fires and record-breaking floods, which have displaced people, wild animals and cattle.

The Madrid trashumancia has been taking place for 601 years, or at least since records of it began. I suspect this local phenomenon goes back many more years, but sadly, climate change means it may not continue for much longer.

If you’d like to see one of Spain’s longest, oldest and most famous trashumancia routes in action, here’s this year’s itinerary for the city centre:

10.30 – Flocks leave Casa de Campo and cross over the Puente del Rey towards the city.

11.00 – Flocks pass through Calle Mayor towards the Puerta del Sol.

12:00 – Flocks arrive at the Plaza de Cibeles and then head towards the Paseo del Prado.

12.30 – Flocks arrive at Neptuno and then return to Cibeles via the Paseo del Prado.

13.30 – Flocks return to the Puerta del Sol, then to Calle Mayor and the Cuesta de la Vega back towards the Casa de Campo.

BECOME A MADRID NO FRILLS PATRON 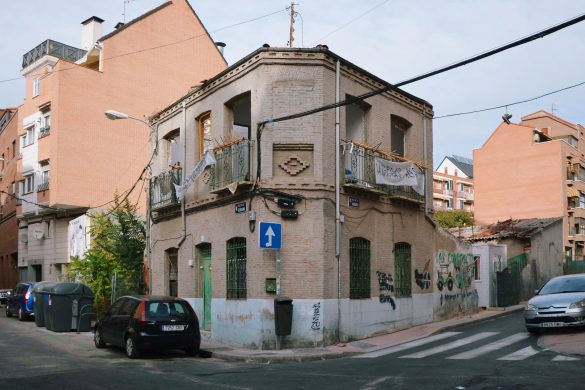