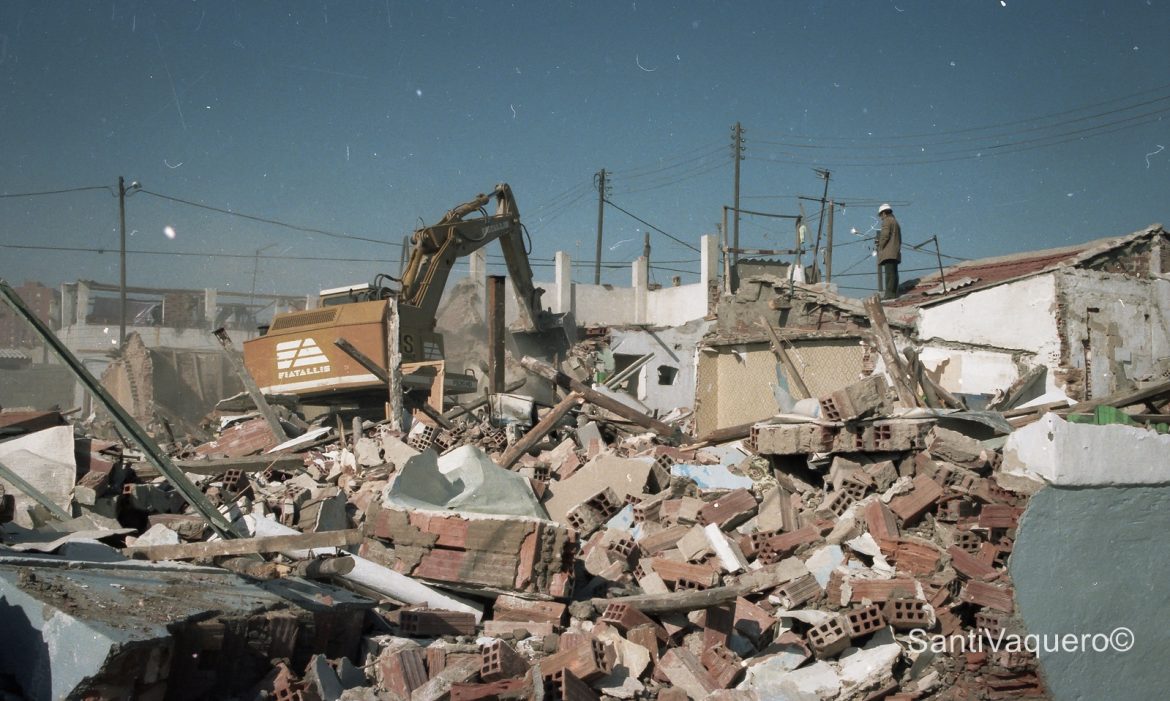 “The day before the demolition, we were up all night,” said Santi Vaquero, the photographer behind the only images showing Vallekas’ mid-century communities and their self-built homes. “The doors and other wooden things were going to be thrown away so, that night, they were used for fire. It was cold as it was winter. We spent the whole night reminiscing and talking about how the chabolas were built one by one.”

The photographs called “The neighbourhood rising from the mud” is currently on display in La Quinta in La Latina, and remind me a lot of the Cañada Real today – a barrio of little one-storey homes that were built by individual families, yet conform to a very specific community style.

In his youth, Santi arrived in Madrid from Toledo and worked as a bricklayer. But he stood apart from the other migrant workers as he was also an amateur photographer. “I was not a professional but I managed to take regular photos and, above all, to give them life. I feel happy because if I hadn’t been there, these photos wouldn’t exist. A story that is not documented or photographed does not exist.”

But Santi wasn’t just an observer or photographer, he lived and worked in Vallekas and was very much a part of the community. “In Vallekas there is a special identity,” he says, referring to the historically left-wing, anti-establishment culture forged here before and during the Franco dictatorship.

“Nobody can deny the solidarity, empathy and love that existed between people in that misery. The misery was shared equally.  Where four could eat, six ate, and where three could sleep, two more slept.”

As I observe the visitors in Santi’s exhibition, I’m mesmerised by the physical interaction they’re having with the photographs. “People like these photos so much because they feel reflected, they relive their history, their life. There are people who recognise each other: someone who was very young and sees there their grandmother who has passed. They recognise themselves in the place where they lived, even if they live somewhere else now.”

By 1984, the local council decided that the ‘low-housing’ was no longer suitable, and moved the neighbours into flats. “The machines started to demolish them and it was a sad sight because they threw away something of our life and our history. But on the other hand, people were happy to stop stepping in the mud and getting their boots dirty, and to be able to go home to a flat with all the comforts, heating, electricity, water, two toilets.”

Each of the hills in the ‘Seven-tit’ Tio Pio park is rubble from these early homes, which not many people know. “We mustn’t forget that this is part of their life,” says Santi, whose photos tell a story of a barrio that once lay on the outskirts but now defines a huge part of Madrid’s character. 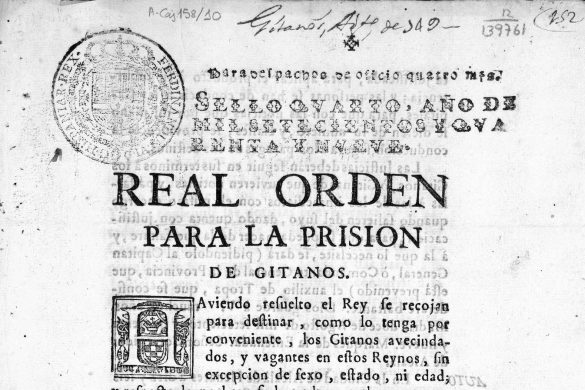 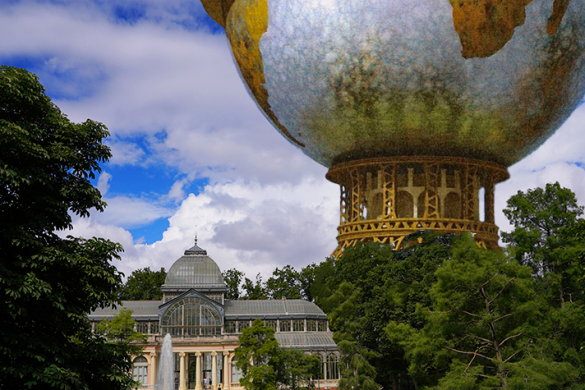