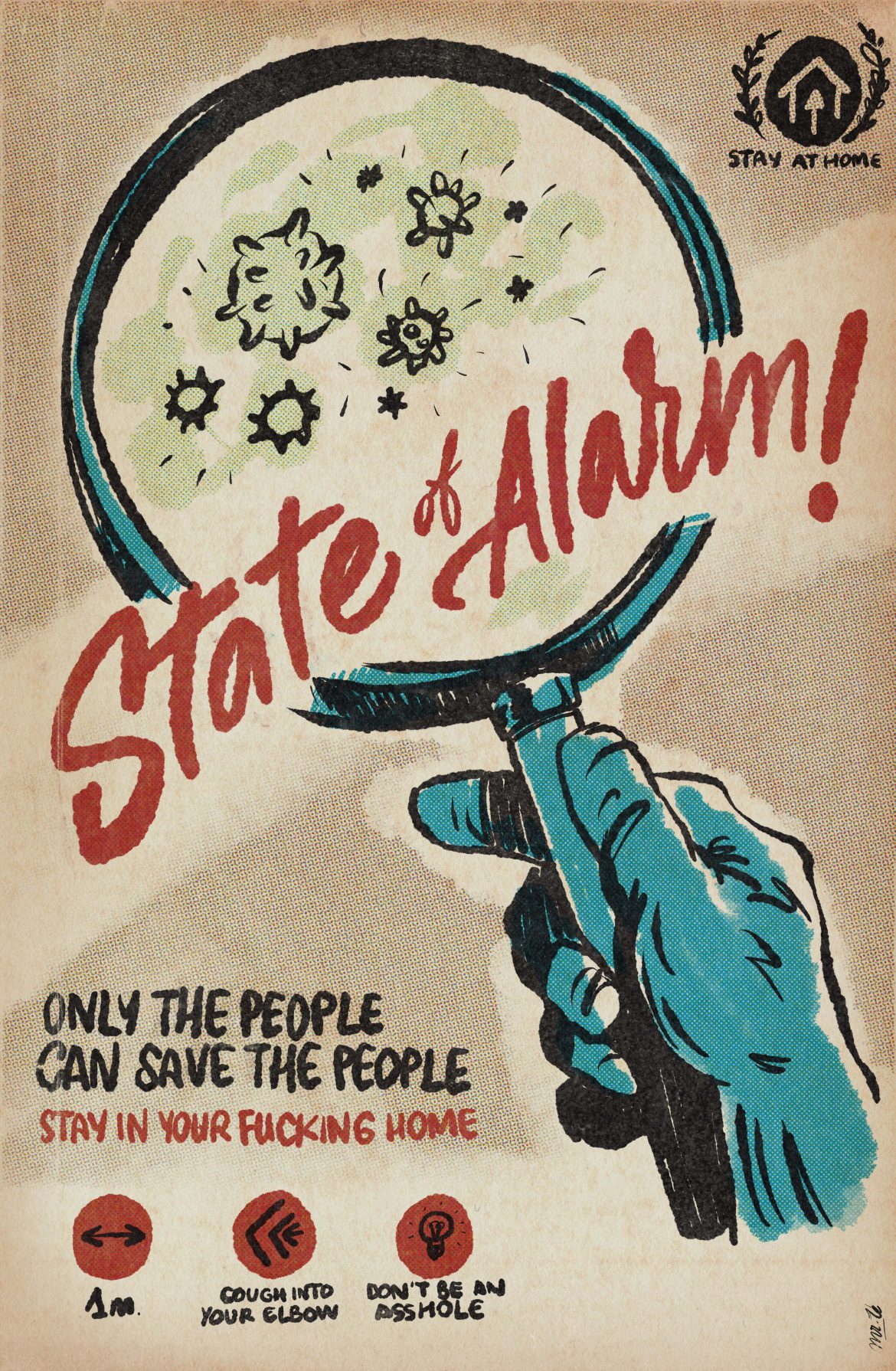 Most of us never thought we’d actually see the day when our Prime Minister would use combat language. “We have never lived through anything like this. And our society … now finds itself in a war to defend all we have taken for granted”, said Pedro Sánchez last week with a level of sincerity I’ve never seen him express before.

The fight against coronavirus echoes something hauntingly familiar in Spain, and it’s from this dark period in history that local artist Félix Rodriguez has found inspiration. From the confines of his home in Madrid, a renaissance is happening…

Welcome to the artistic front line of the war on coronavirus. So far, Félix has created nine avant-guard posters harking back to the visual authoritarian propaganda designed by the Republicans during the Civil War. The style of his posters could get lost among the 1930s originals, designed by Carles Fontserè, José Bardasano, and Arturo Ballester – testament to Félix’s skills as an artist.

The new posters, just like those from during the Civil War, are filled with stern messages about uniting and creating a common front against an invisible enemy. Chatting via message, Félix explained to me what pushed him to create the posters.

It’s because this is serious. We’re waging a war against a virus that is going to leave a lot of people suffering.

Félix created these posters to raise awareness of the need to enter and remain in quarantine, but also to empower people around the world to pressure their workplaces to listen to the increasingly necessary advice.

I’m proud to have created them, and to have made them available to anyone who wants them and that, I suppose, is what gives them purpose. Many people have written to me who have put them up in their factories, and also from countries such as Chile, Peru, Argentina. It’s important for them to take precautions and fight.

The artist behind these posters also goes by the name, Mr. Zé, who you may know better for the poetry painted on Madrid’s pedestrian crossings. Félix’s art tends to reflect the public mood, and his new project couldn’t be more on point. For many of us, our mood is swinging close to the days of the Second Republic, and it’s no coincidence that Félix’s art resembles the wartime imagery of this era.

It is the left that has always defended the public and our health system, and therefore they appreciate my work more. But [the coronavirus crisis] is not a matter of left or right, it’s a pandemic and is transversal. However, it’s true that I don’t imagine the right sharing posters where public health or the closure of large work centres is praised.

Creating these post-modern, mid-quarantine works of art has also become an important distraction for the artist.

It helps me not think too much about the fact that I’m also looking after my father, who’s 80 years old and has a lung condition.

But in addition to any light relief gained by getting lost in painting, Félix creates his posters with some very specific people in mind: those on the front line of the war on coronavirus.

Spain’s government has created a lot of informative graphics that are being pushed widely – on digital ad boards, social media and on public transport. But Félix’s wartime-themed posters have already been shared widely by the people – exactly what he intended. As the artist says,

These posters are by the people and for the people.

Félix and I collaborated to bring out an English translation of his posters for you and for the English-speaking world. I’m very excited to have been involved and to be the first publication to publish them.

The art of war on Coronavirus was last modified: September 25th, 2020 by Madrid No Frills
Share:
Previous Post 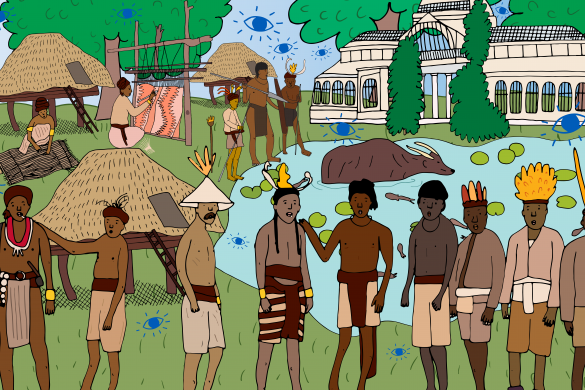 These posters are fantastic! Are they only in English?

They’re in Spanish too! Visit the website of Mr Zé linked in the article – you’ll find them there.

Great posters. Excellent article. Good to see work being made openly available … and well done on the English translations.