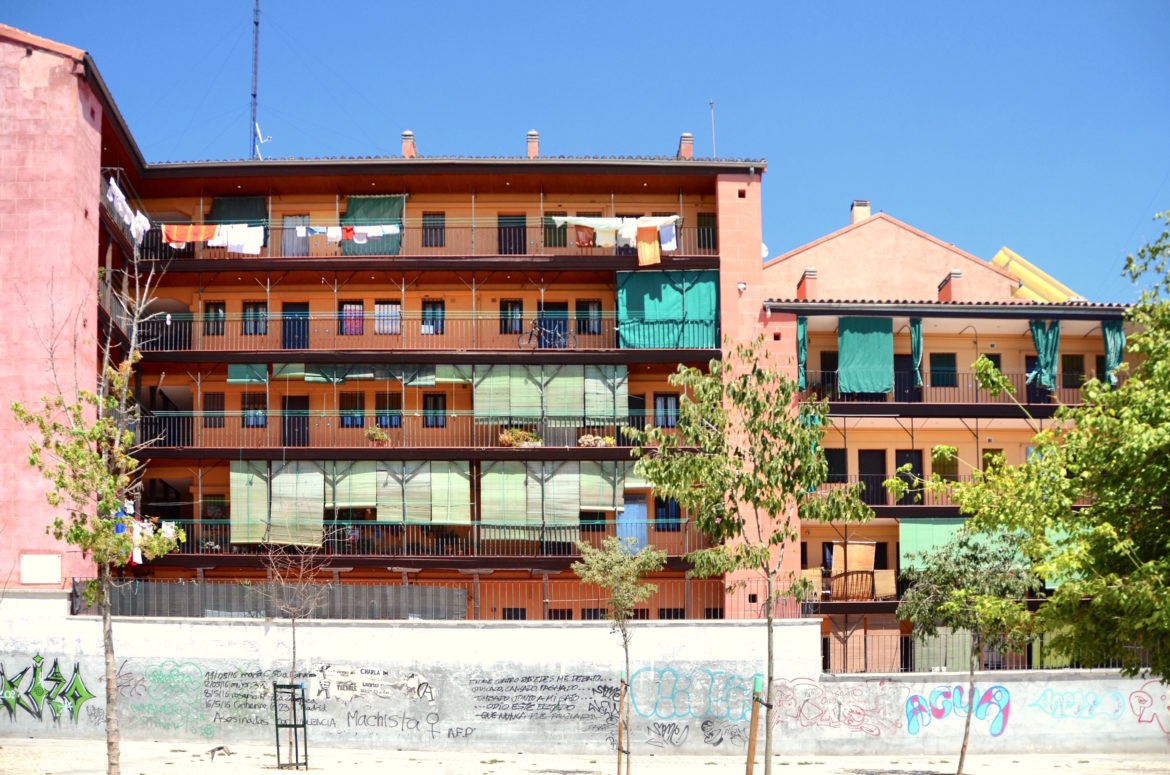 You will probably have spotted that Gran Via is home to Madrid’s grandest theatres and its most spectacular shows. However, what isn’t so well-known is that pulsating deep within the barrios of Lavapiés and Arganzuela is a thriving no-frills theatre scene, which emerged hundreds of years ago.

THE OLD CORRALA THEATRES OF LAVAPIÉS

It all began inside the corralas of Lavapiés. Both amateur and seasoned actors would pull together a stage in the central patio with their audience perched up on the surrounding open-air corridors. 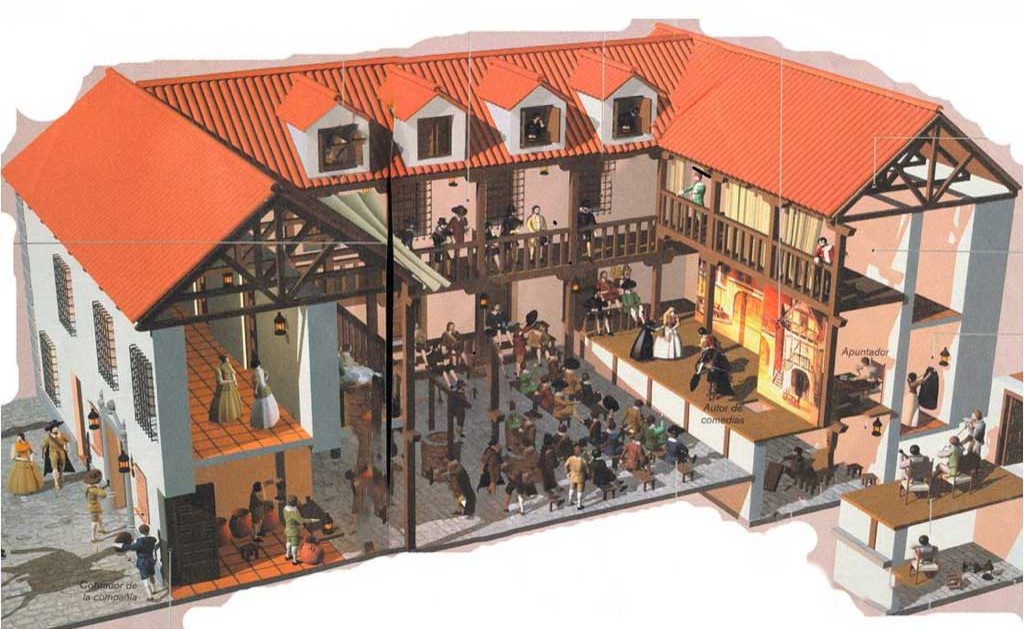 One former corrala theatre you may know is the iconic Lavapiés building on Calle Mesón de Paredes where people used to stand on the balconies, watching no-frills productions in the square below. 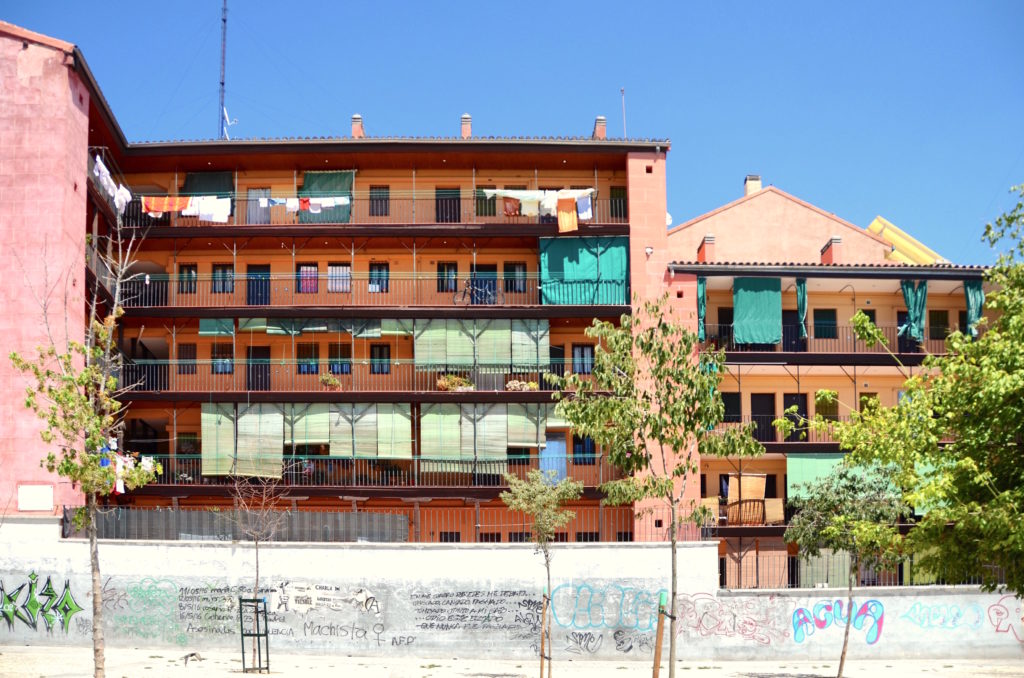 There are still hundreds of corralas in Lavapiés with an auditorium-like structure, which could still easily host a no-frills show. Nowadays, this concept is incredibly rare, but no-frills theatre continues – it’s just moved inside.

THE BAR THEATRES OF LAVAPIÉS

Because of the notorious lack of funding in Madrid’s fringe theatre, or teatro off as it is affectionately known in Spanish, much of it takes place in bars and cafés which have small performance spaces within them. These bars tend to provide the primary source of income for the venues, plugging the financial black hole generated by low revenues from ticket sales. Perfect examples of this are La Escalera de Jacob and La Infinito in Lavapiés, which, aside from being popular watering holes, showcase an array of teatro off – and sometimes English material too. 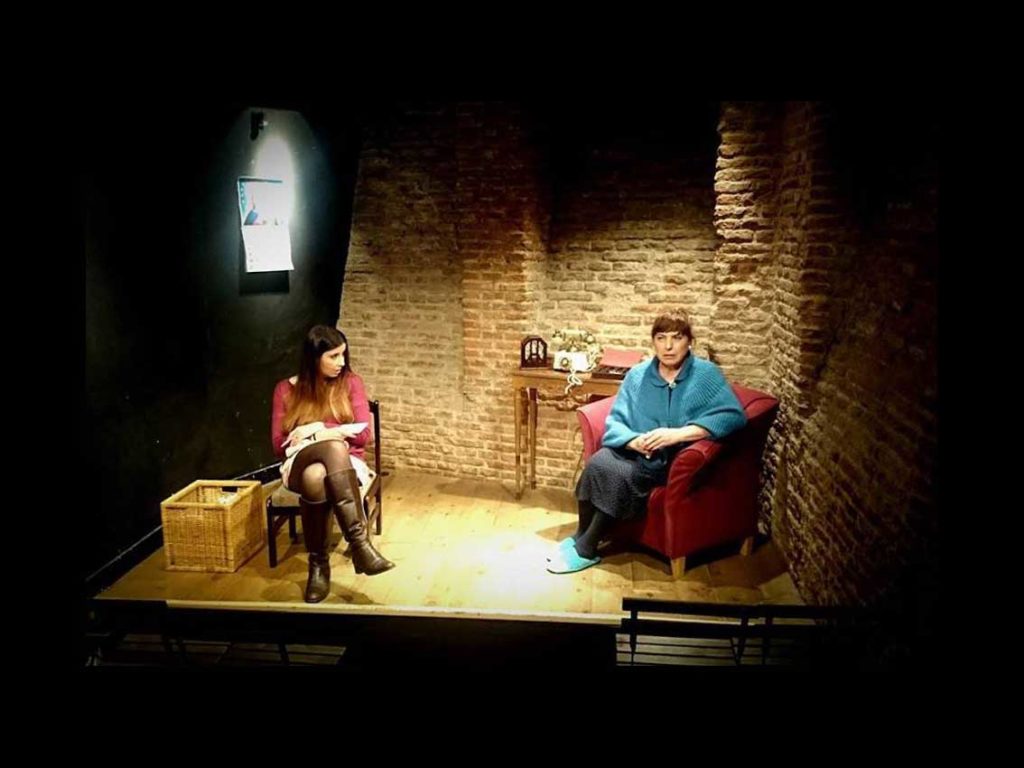 However, this is not to say that there aren’t actual theatres dedicated to ‘off-Gran Vía material’: Nave 73 in Embajadores was opened in 2013 and since then has established itself as a champion for fringe theatre in the capital. Its bar has also become a popular haunt for the theatre-making community who regularly meet there to plan their projects and the place where they congregate after a show to share their impressions.

Another phenomenon which has exploded onto Madrid’s arts scene over the past decade is micro-theatre. The concept, which first began in Microteatro por dinero in Malasaña, has since become a staple for fringe theatre, having swept across the city. The concept features short, 10–15-minute plays, which are usually performed between two actors in small rooms in venues such as El Esconditeatro next to Plaza de Cascorro and Microart Buenavista, which has recently sprung up in Lavapiés. In the case of the latter, it really is the epitome of no-frills theatre, with performance spaces merely separated by curtains. Microteatro tends to run the risk of having an amateur feel to it. However, score yourself a well-executed production and you’re in for a treat. More about that in upcoming articles here on Madrid No Frills! 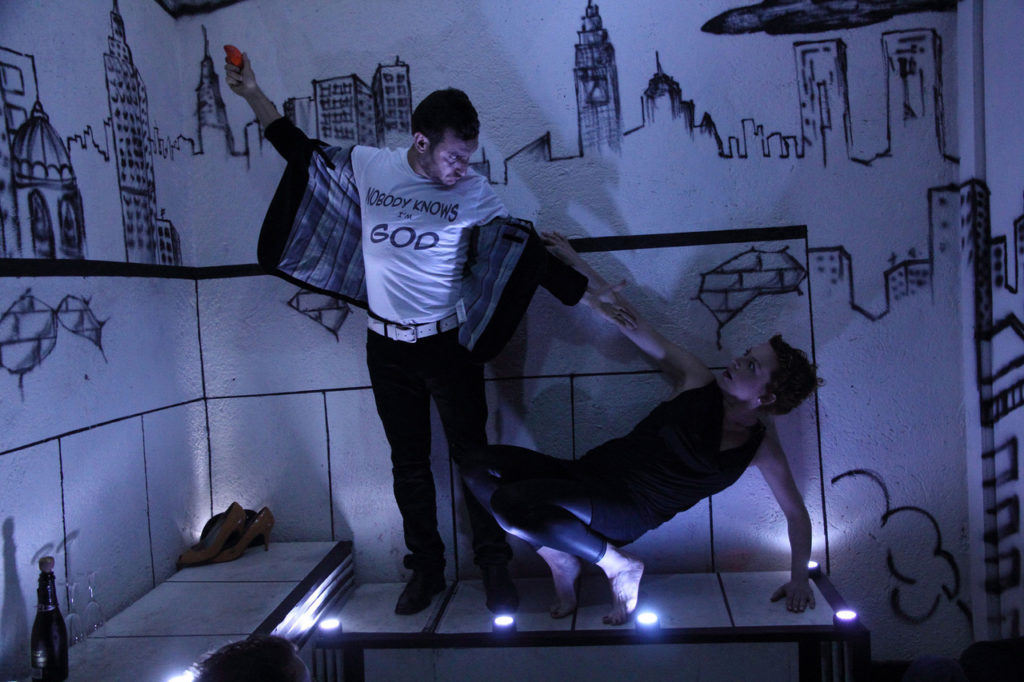 All this being said, Lavapiés and Arganzuela are not the only havens for fringe theatre. If we venture north of Gran Vía, we can also find more established theatres such as Teatro Lara in Malasaña, which, despite being home to some of Madrid’s longest-running and most successful shows, also fosters smaller theatre productions in a small auditorium in its basement. Some shows in this case may have already premiered in Madrid in other theatres and returned to Teatro Lara for another run, usually assuring some level of quality. 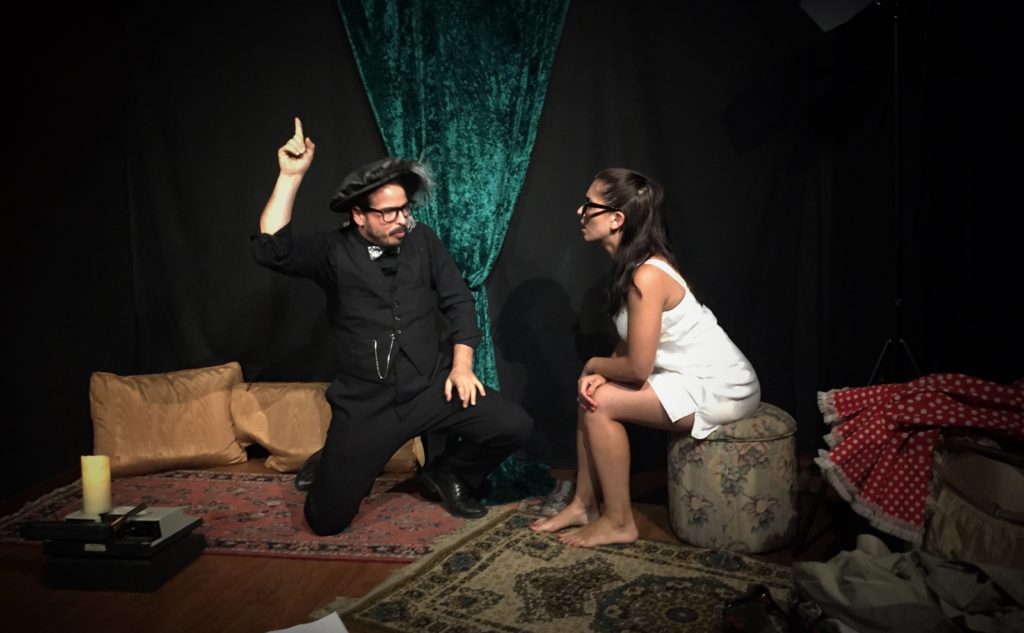 A COMMUNITY OF ARTISTS

Theatre in Madrid isn’t just The Lion King and The Bodyguard: imports which can’t quite compete with the lavish (and expensive) productions put on in the West End and Broadway. The theatre in Madrid I know is a grassroots movement: a close-knit community of creative artists who spend a considerable amount of time planning, rehearsing and exhibiting their work in the neighbourhoods of Lavapiés and Arganzuela, waiting and hoping for new audiences to appreciate their art.

This article was written by James Vandeleur, who’s earned his critic credentials over many years spent exploring Madrid’s alternative theatre scene. Keep an eye out for his upcoming articles, spotlighting his personal favourite no-frills productions across Madrid.