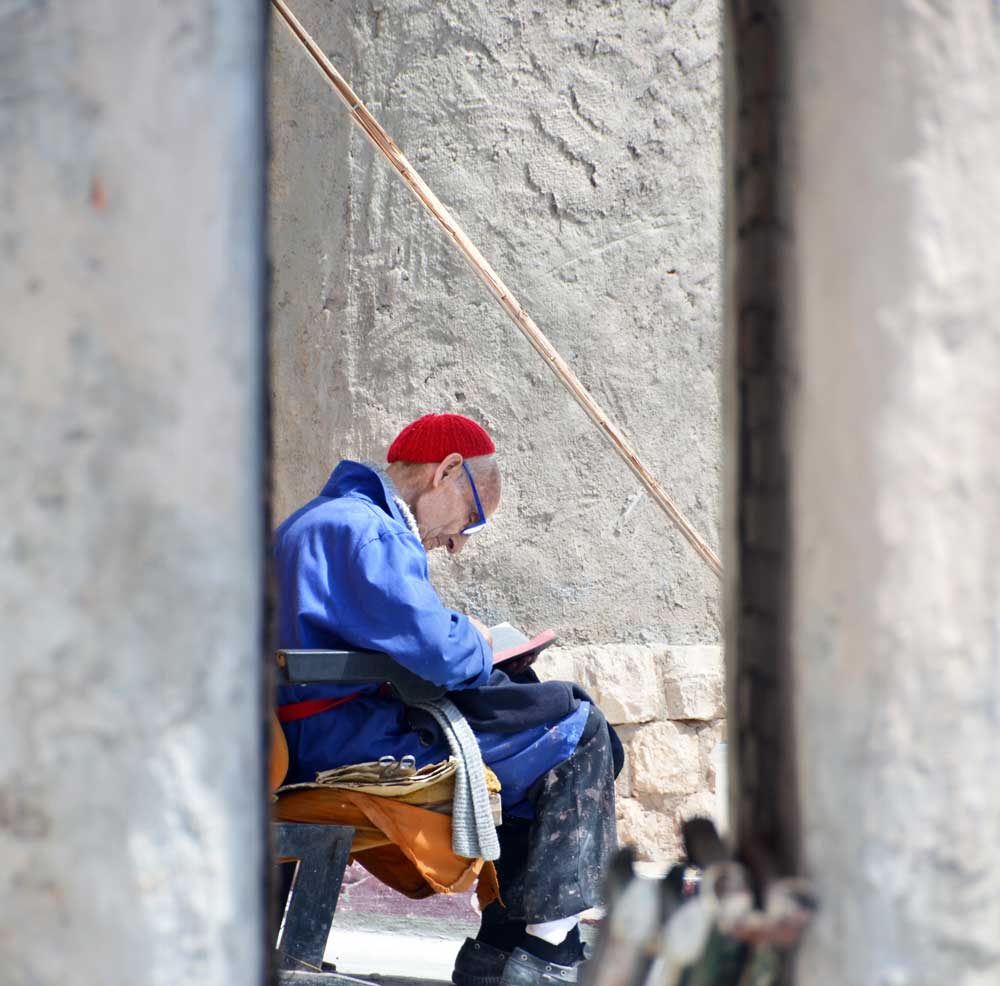 Ex-monk Don Justo survived the Spanish Civil War and even tuberculosis, yet at 93 years old, he knows doesn’t have long left. He’s just a decade away from completing his 60-year mission to build a life-size cathedral, but when the local city council want it demolished, the question becomes, ‘who will outlive who?’

Take the 341 bus from Madrid through abandoned fields carpeted with wild flowers, and through the Cañada Real – the largest shanty town in Europe. After 45 minutes, the bus pulls up right outside the greatest work of Outsider Art in Spain. 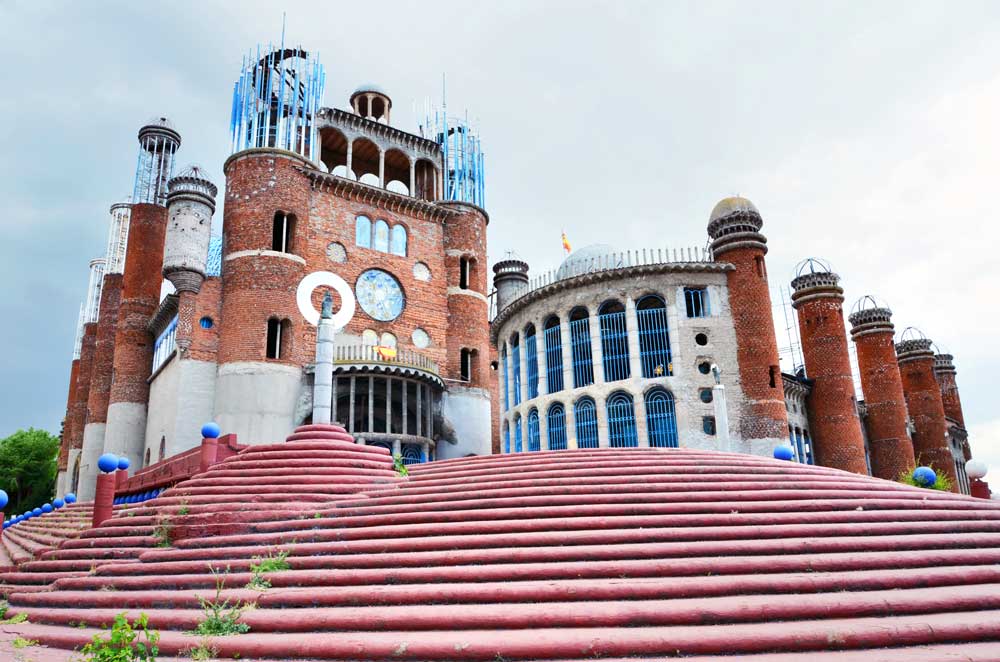 Don Justo’s cathedral was born out of unwavering devotion to God and is a magnificent specimen of religious architecture that rose up from ordinary farmland. Something unique about this cathedral is that its design has been shaped almost entirely by the materials and tools that Don Justo either finds or receives as donations. No plans were drawn up before construction began – Catedral Don Justo is a spontaneous work of art.

Justo Gallego Martínez was born in Mejorada del Campo in 1925. As a child, he witnessed the horrors of the Spanish Civil War, in which countless priests were slaughtered and their churches burnt to the ground. Some years later, this experience would be instrumental in leading him to join a monastery.

As a young man, Justo devoted himself to the Trappist movement, eating a strict vegetarian diet and speaking only when absolutely necessary. After just eight years inside the monastery, however, Justo contracted tuberculosis and was forced to leave.

After he recovered, his request to rejoin the monastery was refused. This apparently led him to rebel and build his own cathedral, for he was determined – one way or another – to devote his life to Our Lady of Pilar, the saint he prayed to throughout his recovery. And so, in 1961, he set to work on Nuestra Señora del Pilar, known locally (and now globally) as Don Justo’s Cathedral.

Enter the cathedral via its side entrance and walk straight into the circular altar in the middle. Crick your head upwards and see the impressive but unfinished dome structure, which currently lets in both sunlight and rain. 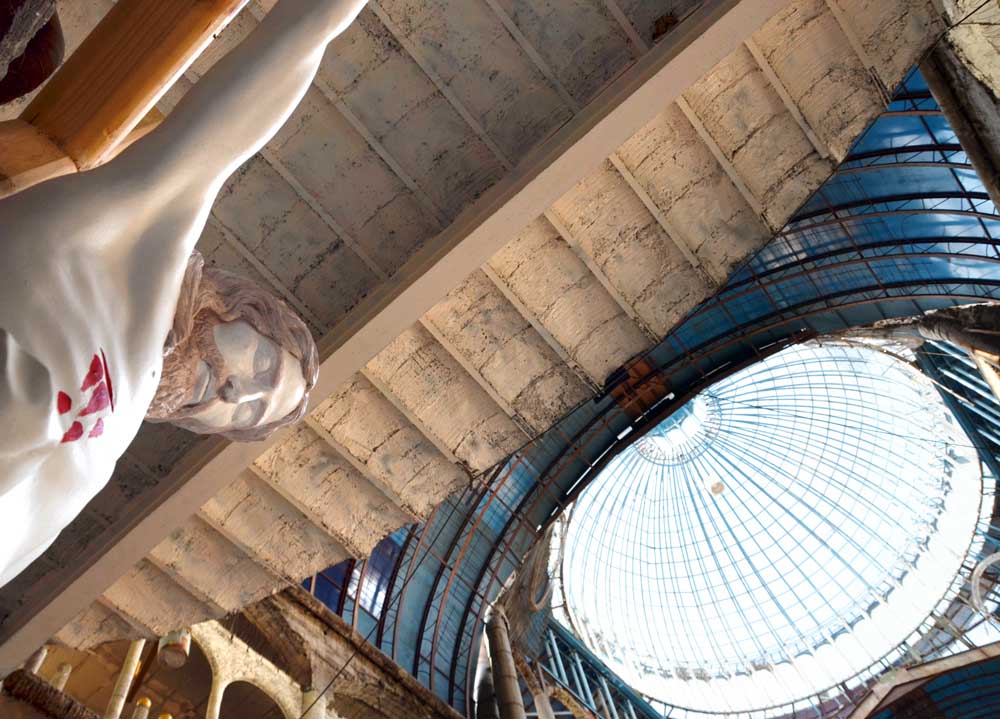 The cathedral is massive, magnificent, bright and modern. Inspiration from Gaudí is clear in the bold colours, mosaic floors, and patriotically coloured stained-glass windows he made himself. 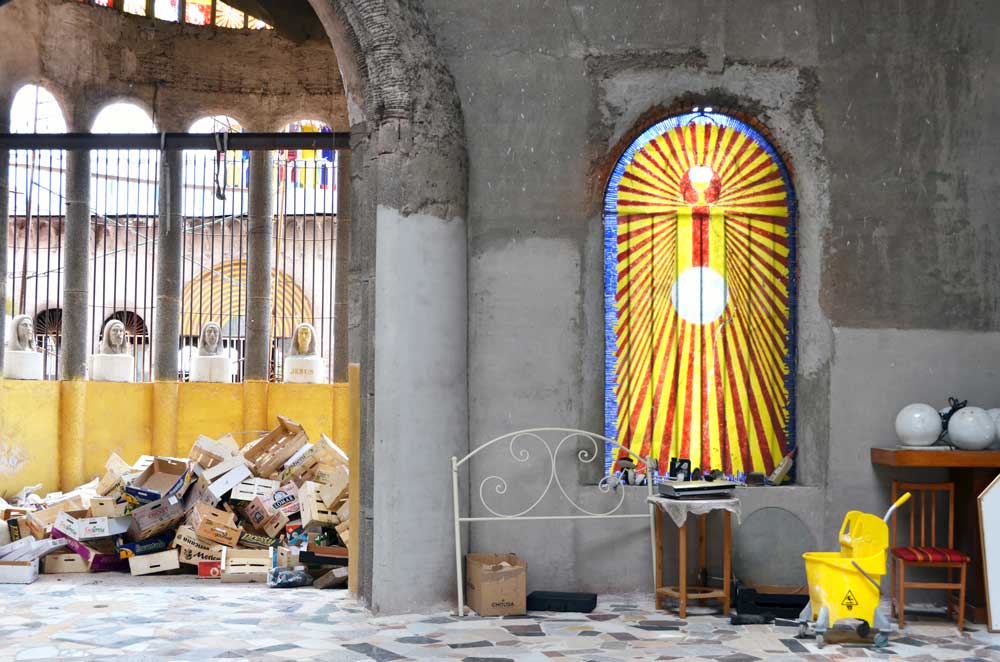 In the picture above, you can also see how the columns have been created: malleable tubes of coiled steel wire were filled with concrete and plastered over.

Don Justo’s cathedral is a labyrinth of vast spaces and hidden rooms. There must be around 20 separate rooms within the cathedral complex, each connected by various doors, curved corridors and spiral staircases. 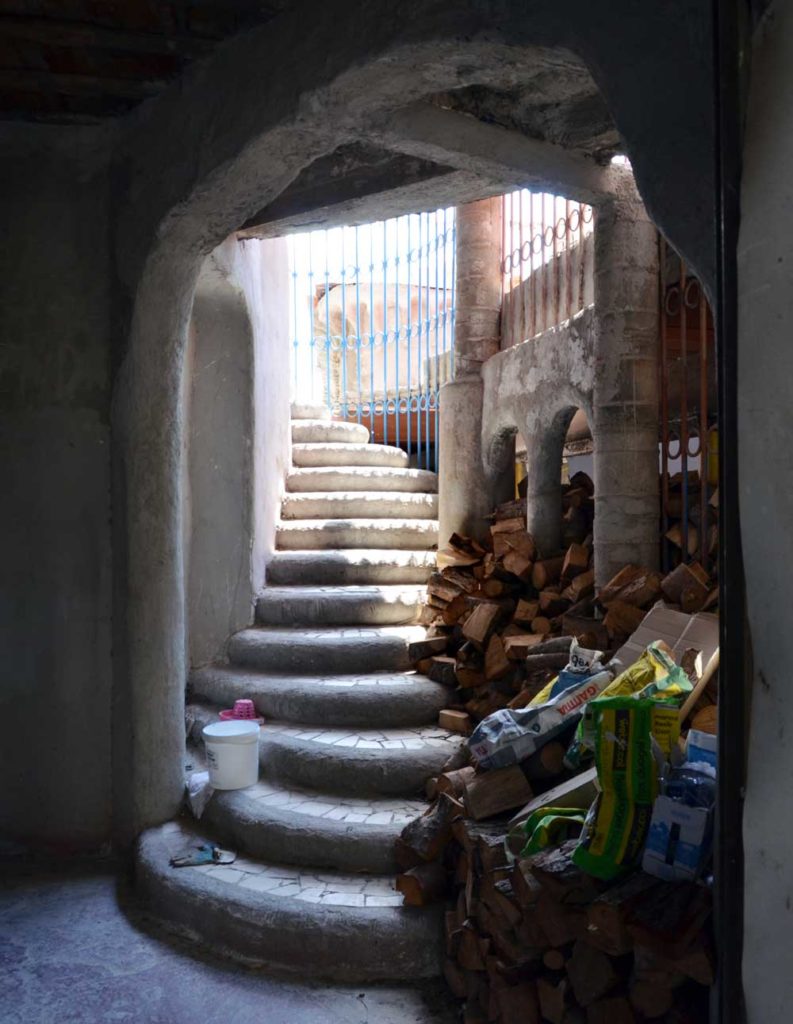 You’re free to roam around – the only restricted areas are Don Justo’s small office and some areas that he’s deemed unsafe. 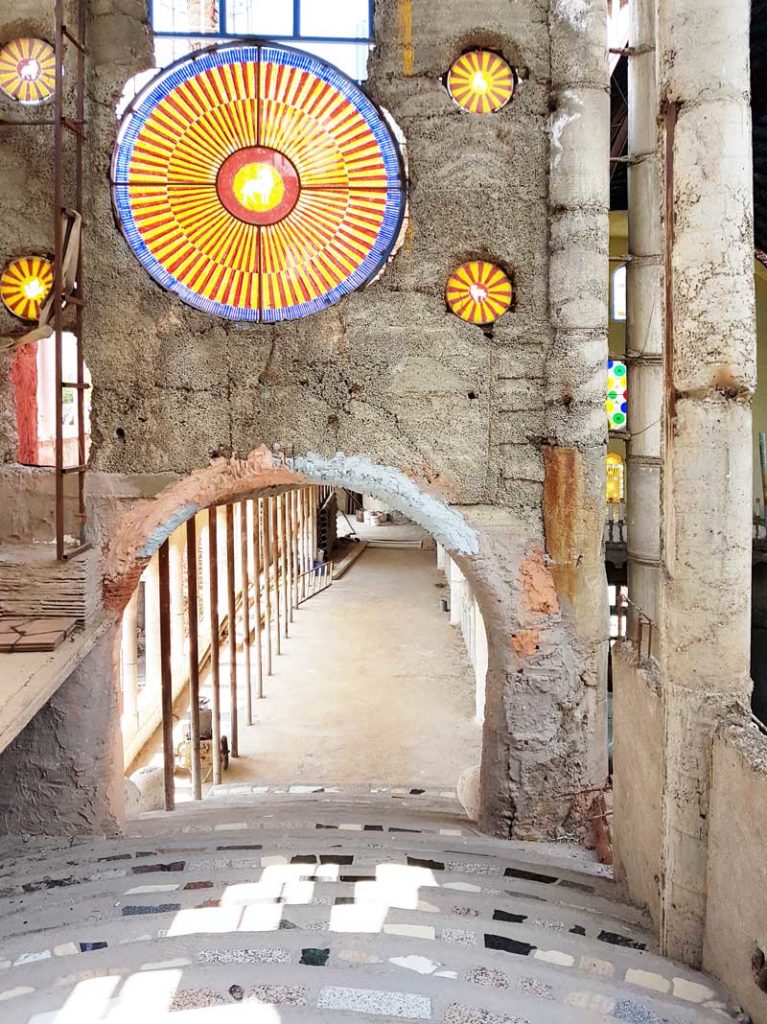 From the mezzanine, there’s a view of the quadrangle below as well as over Mejorada del Campo and the surrounding countryside.

When these arches are completed with stained-glass windows, they’ll look something like this… 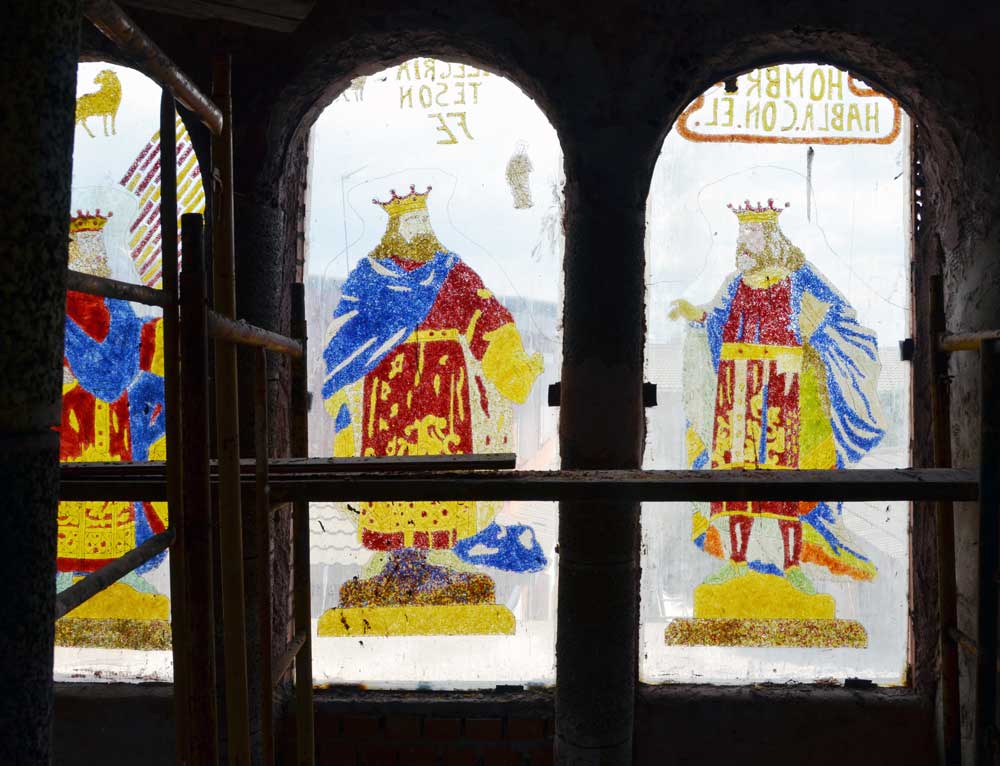 From the mezzanine at the back, you can get a full picture of how grand and detailed the cathedral is. 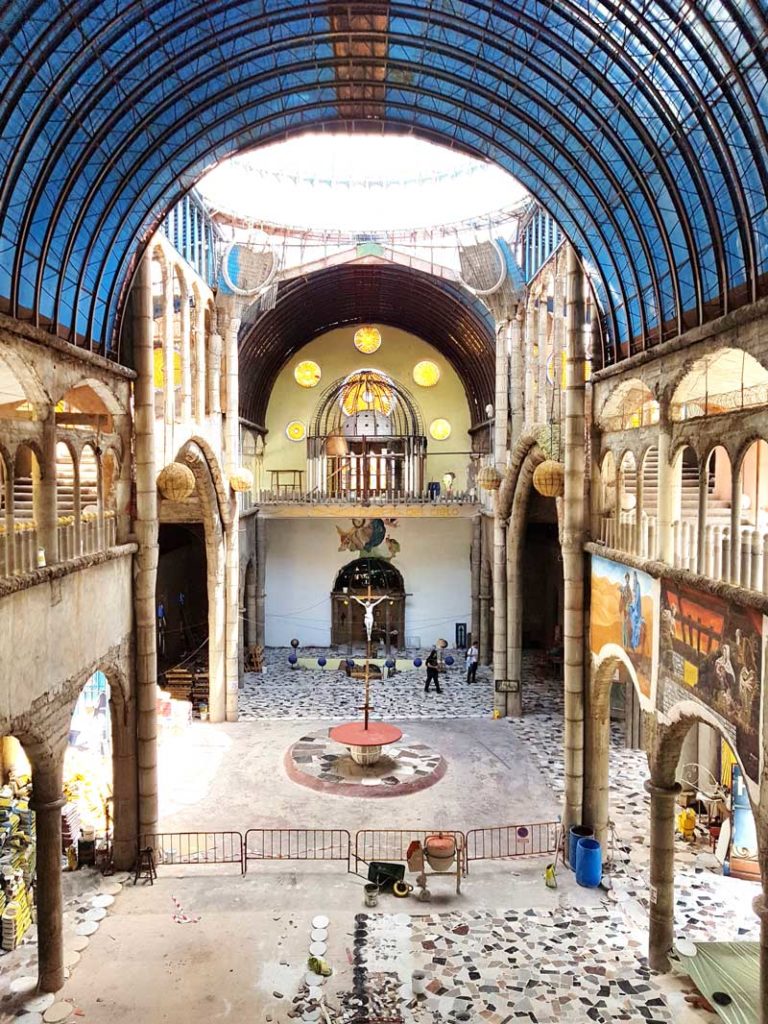 Back down the spiral staircase, I took this shot through one of the open porthole windows. The cathedral is very much a construction site. 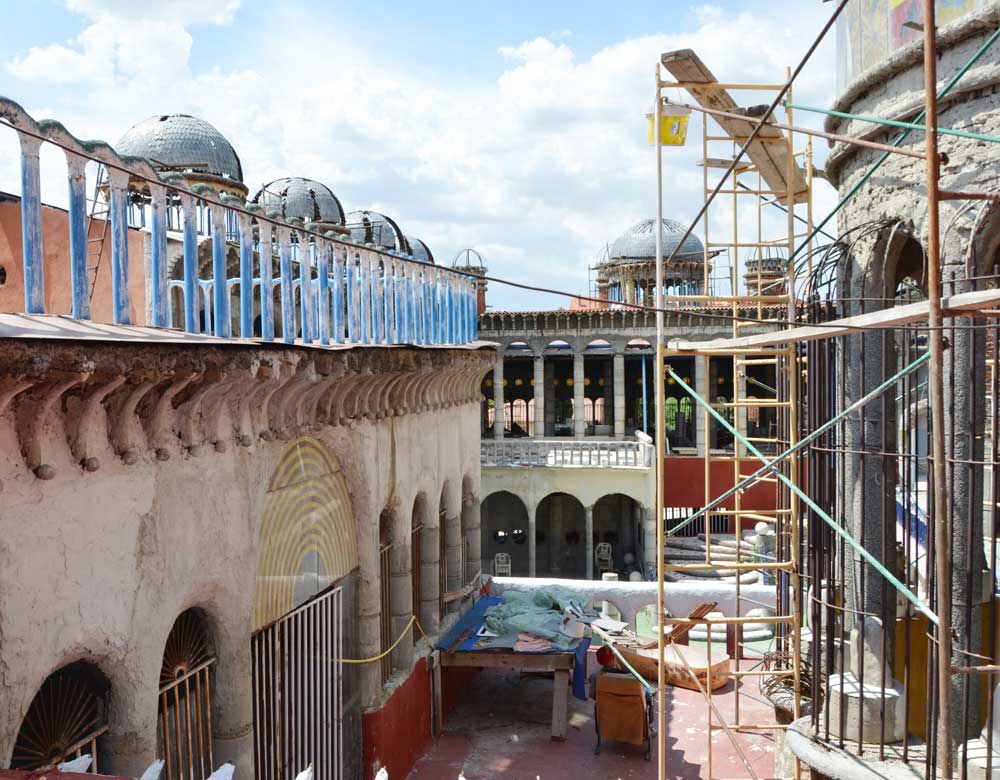 From the nave, you’re naturally guided through to the small chapel on the west side, and it’s here, among broken statues, that you’ll find Our Lady of Pilar, lit by sunlight beaming through the stained glass in the small dome directly above her. 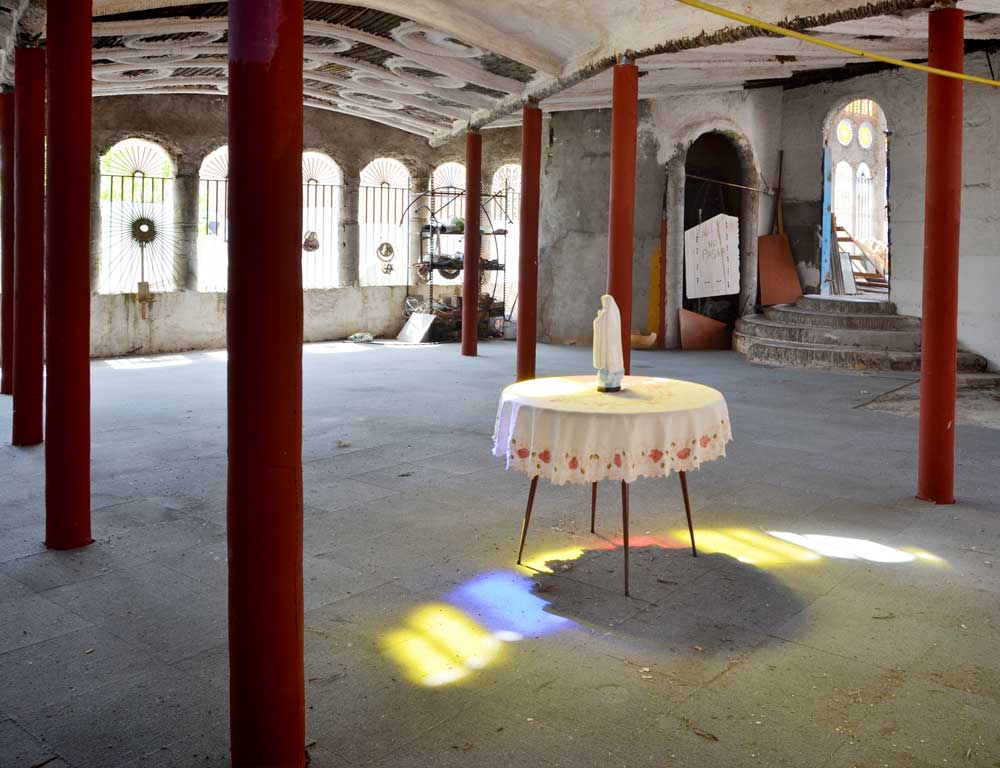 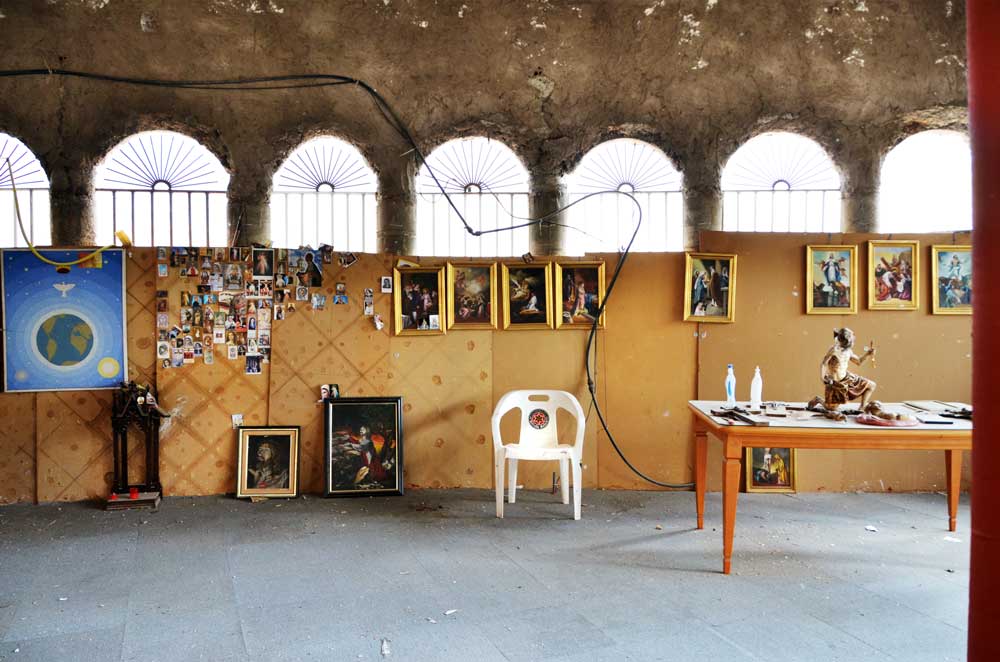 Continue walking through the open doors and you’ll be led to the huge open-air quadrangle. 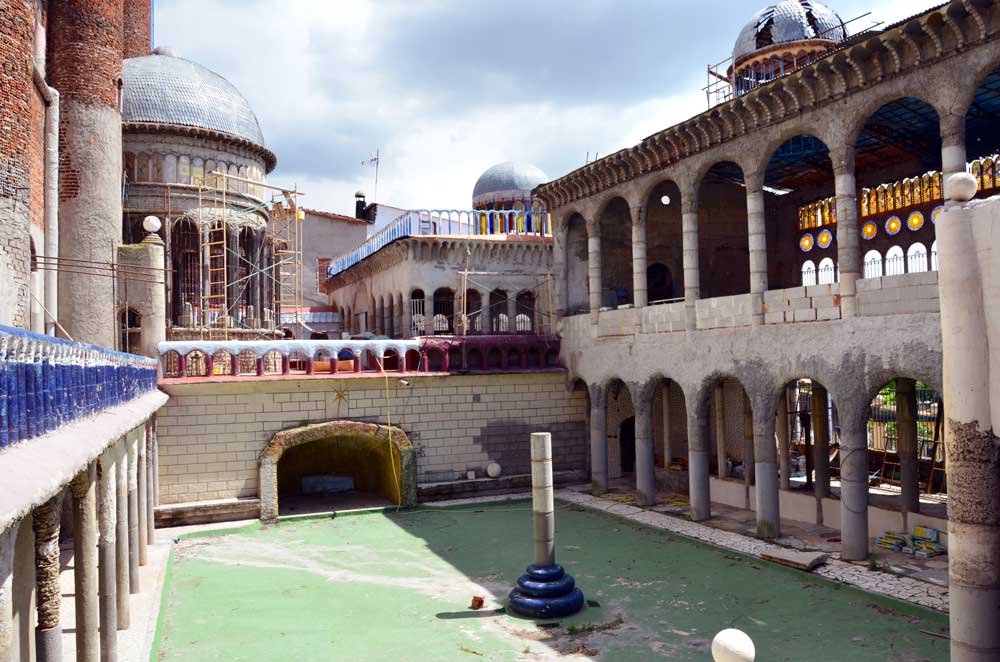 From here, you can see the west face of the cathedral, with its spires in various stages of completion. Can you also spot Don Justo reading a book in this photo?

Continue through the cloister and into the crypt beneath the main nave. 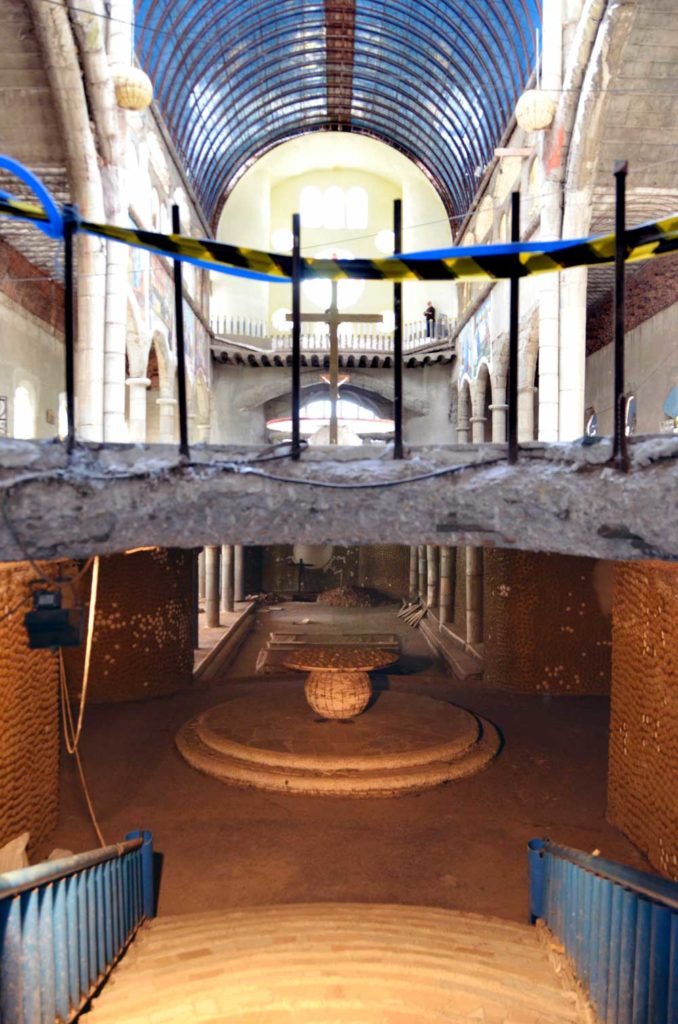 At the back, we found a recently dug grave, which we suspect may be for Don Justo. 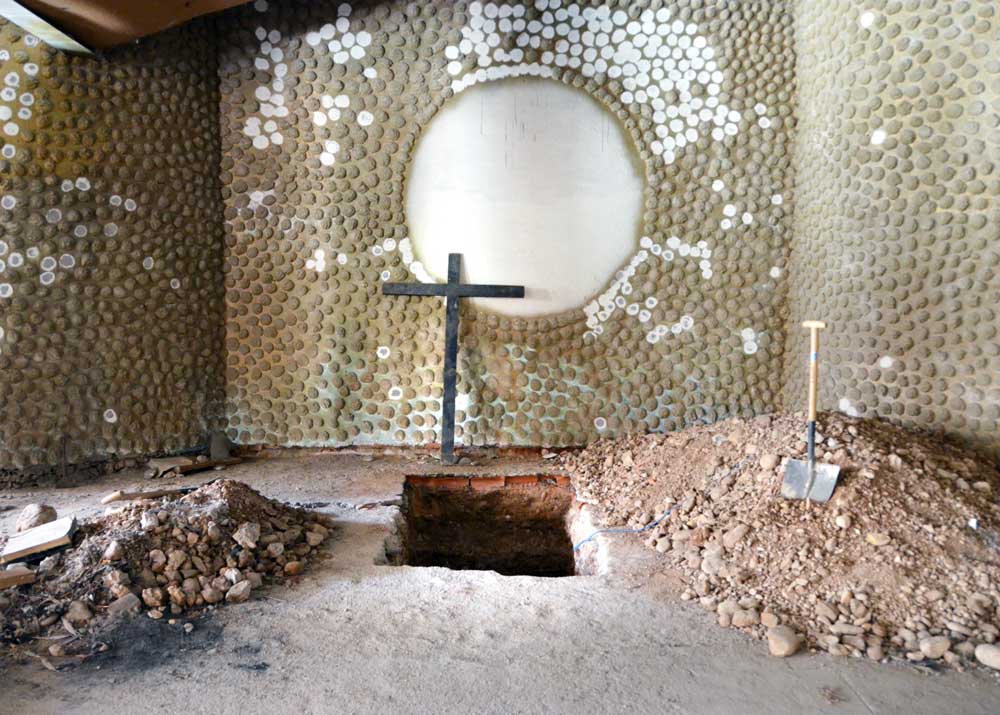 At 93 years old, he’s still going strong, capable of climbing ladders and almost single-handedly building a cathedral. I suspect, and at the very least hope that Don Justo has many years ahead of him, but his cathedral probably doesn’t.

To this day, Don Justo has never managed to obtain a permit to build his cathedral. Despite help from family, architects and volunteers over the years, the cathedral has never been certified as a sound construction. Local councillors believe it is dangerous and would cost too much to make safe, and so demolition remains the cathedral’s current fate.

Fifty-six years of work by just one man have created an unexpected masterpiece. If, like me, you want to save Don Justo’s cathedral from demolition, there are two things you can do: visit Don Justo’s awe-inspiring cathedral to make a donation, and simply spread the word!

This magnificent cathedral, which regularly moves people to tears, is a national treasure and a profound example of Spanish Outsider Art. It must be preserved. 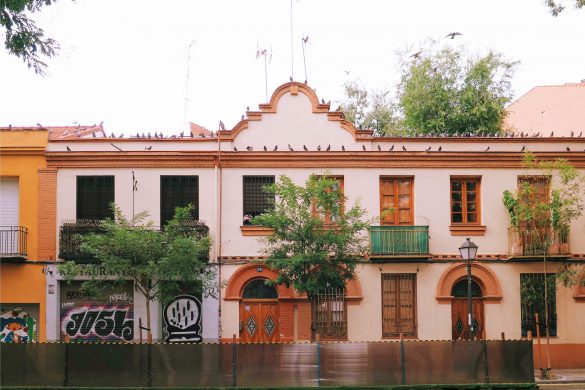 I read somewhere that you need a hard-hat in order to enter, is this true?

It wouldn’t be a bad idea but definitely not necessary!