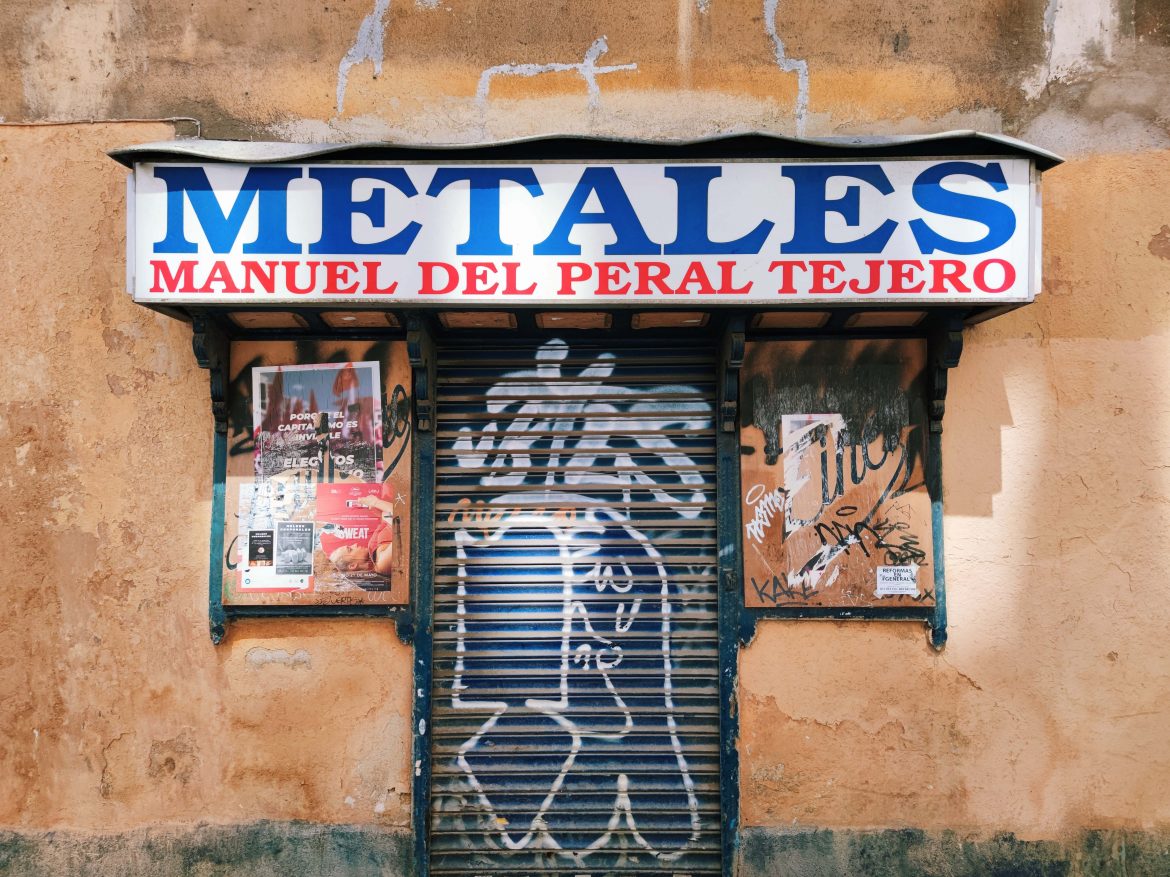 Mayorista de Chatarra is a local scrap metal dealer in Lavapiés that’s been going strong for over 100 years, and especially for the last ten.

Spain’s financial crises are having a profound effect on young people, but its impact on older, working-age men is often overlooked. After a life of working in one trade, it’s difficult to learn new skills or be hired as you approach the end of your working life. And so, with scrap metal being a profitable business that requires no skills or qualifications – just physical strength and a magnet – scavenging the streets becomes a viable way to make a living. It doesn’t require you to speak the local language either, often attracting marginalised communities and migrants.

At the very bottom of the scrap-metal food chain come the collectors. You’ve probably spotted these guys rummaging through skips, recycling bins and private bins, plying the streets with supermarket trollies containing wires and parts of old appliances. They’re collecting discarded scrap metal to take to a chatarrería, where they can exchange it for money. 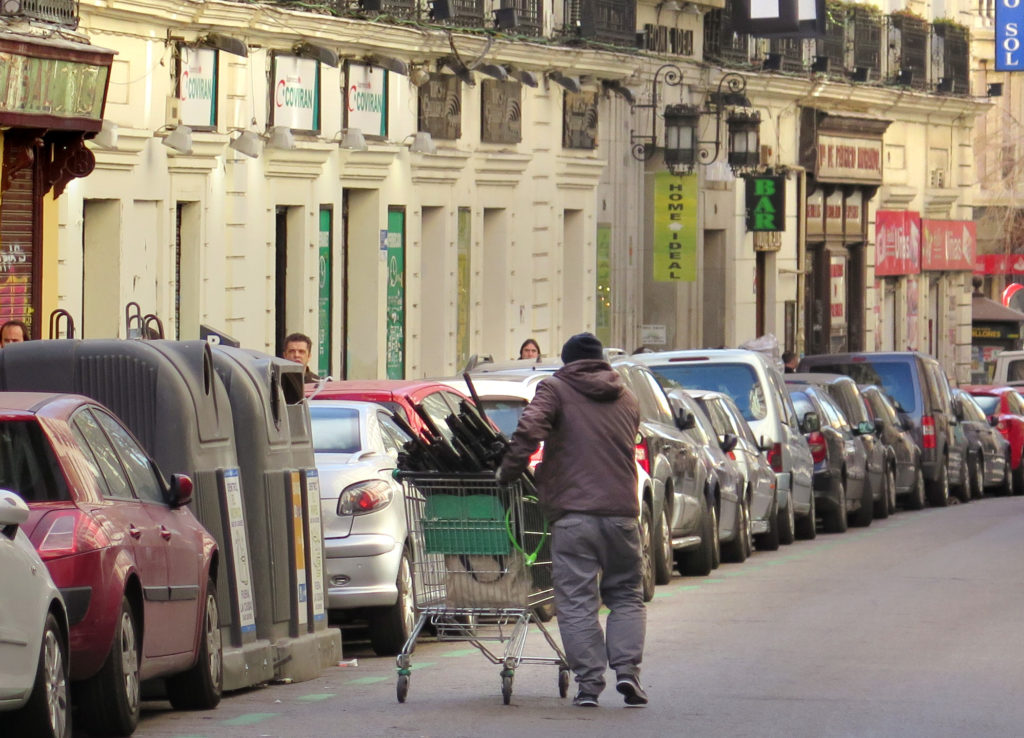 Spain has moved to wheelie bins in recent years but, as many of you will have noticed, people still routinely throw unwanted belongings onto the street right in front of their building. There is a system for this: if you call the council on 010, they will come and collect these objects in an open-top van. But, if the scrappers get there first, the treasure is theirs.

One small and very no-frills Lavapiés business has done fairly well out of the recent crisis. Mayorista de Chatarra is a local scrap metal dealer’s that’s been going strong for over 100 years, and especially for the last ten. Located in an otherwise abandoned and crumbling building, it’s the last unit to still be occupied.

The collectors bring their haul of today’s scrap, then the chatarrero goes through it with a magnet – if it sticks, it’s probably iron and is almost worthless. If it doesn’t stick, it’s either aluminium or copper or – even better – silver or gold. Once the metal is sorted, the chatarrero weighs it and writes out a cheque. 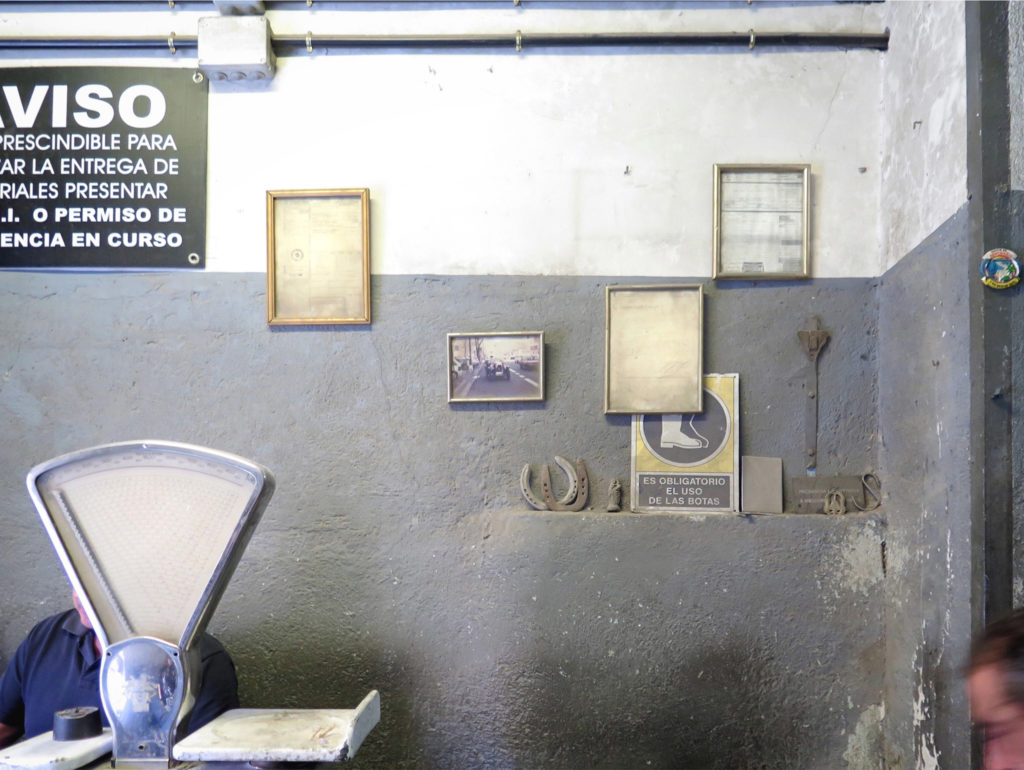 The scrap is then sold on in bulk to a much larger dealer, for a reasonable profit, before being shipped to the new industrial capitals of the world in India and China. Once there, the scrap is melted down and recycled for use in everything from microchips to ships.

The industry has a dark side, with a lot of scrap metal being stolen from private property such as houses or railway lines. After Madrid’s construction boom, newly built streets or even entire neighbourhoods were left unoccupied and unmaintained, and this is where many thefts now take place. But why would you rob an empty house? Answer: the properties are riddled with wiring and pipes, and the absence of security cameras, occupants or neighbours means that thieves can strip the walls, ceilings and floors without fear of being caught copper-handed. 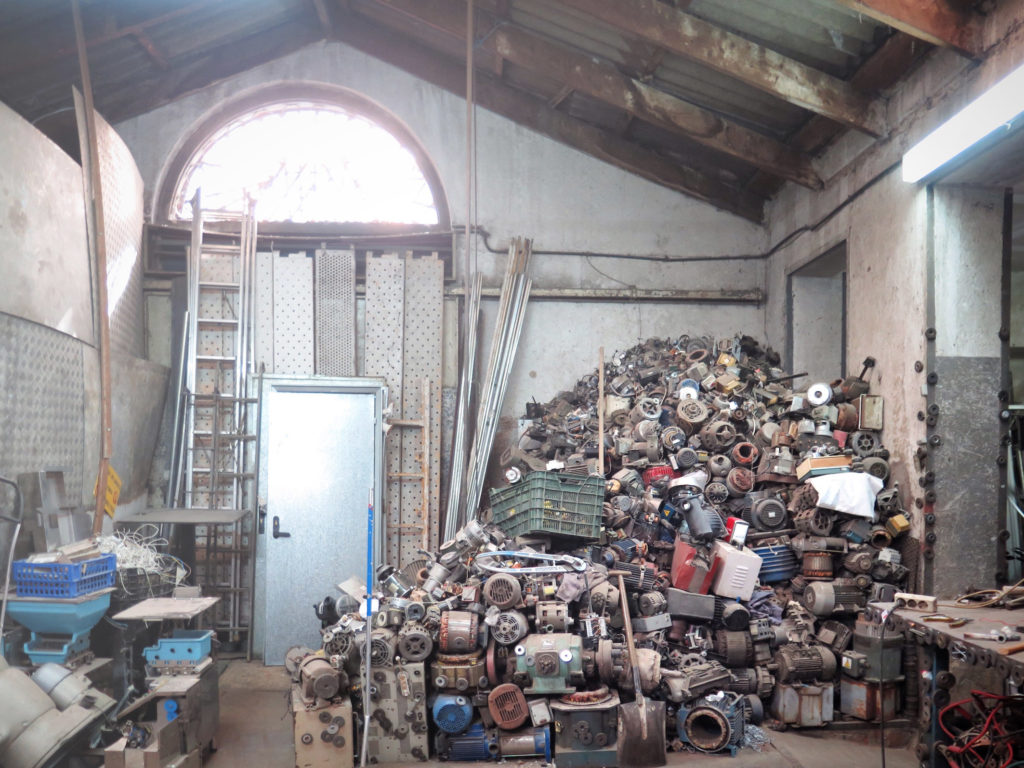 Police often make visits to the scrap dealer’s to trace stolen metal. If dealers pay their collectors with a cheque, this creates a paper trail that ultimately deters any scrappers from collecting illegally.

There’s also a grey area when it comes to scrap metal licences. Although anyone can take an old pan or bashed up filing cabinet to a scrap metal dealer’s and get a bit of money for it, regular collectors need a licence. As many collectors don’t have one, I’ve purposely avoided showing the face of anyone dealing scrap.

Perhaps you’re after something specific? An antique chandelier, a 1950s radiator, an antenna for your ghetto blaster, a bell for your bike, a car part, or even an engine. If you’re willing to artfully dodge your way through the labyrinth of precious piles, you can find anything and everything in this 100-square-metre treasure trove. 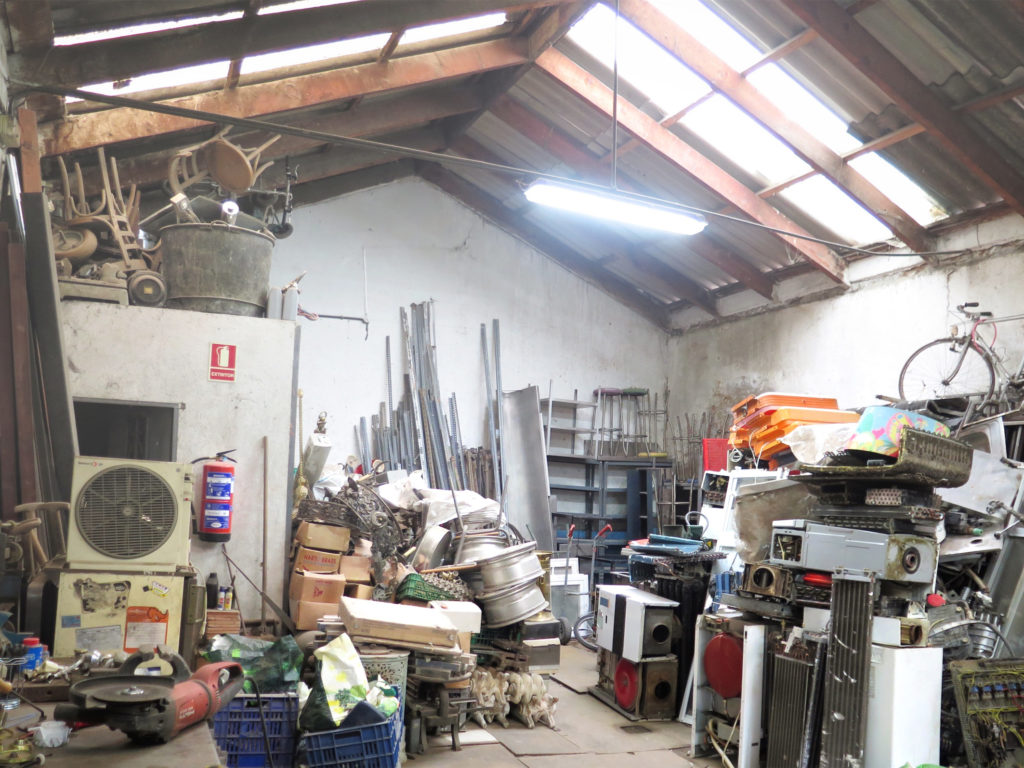 Right at the back of the store, I found a man kneeling on the floor excitedly dismantling an old fridge. With a wide grin on his face, he looked as though he was about to snatch a copper pearl from inside a giant, galvanised oyster. Nearby, a workbench stood laden with enough power tools to cure even the most serious mid-life crisis. 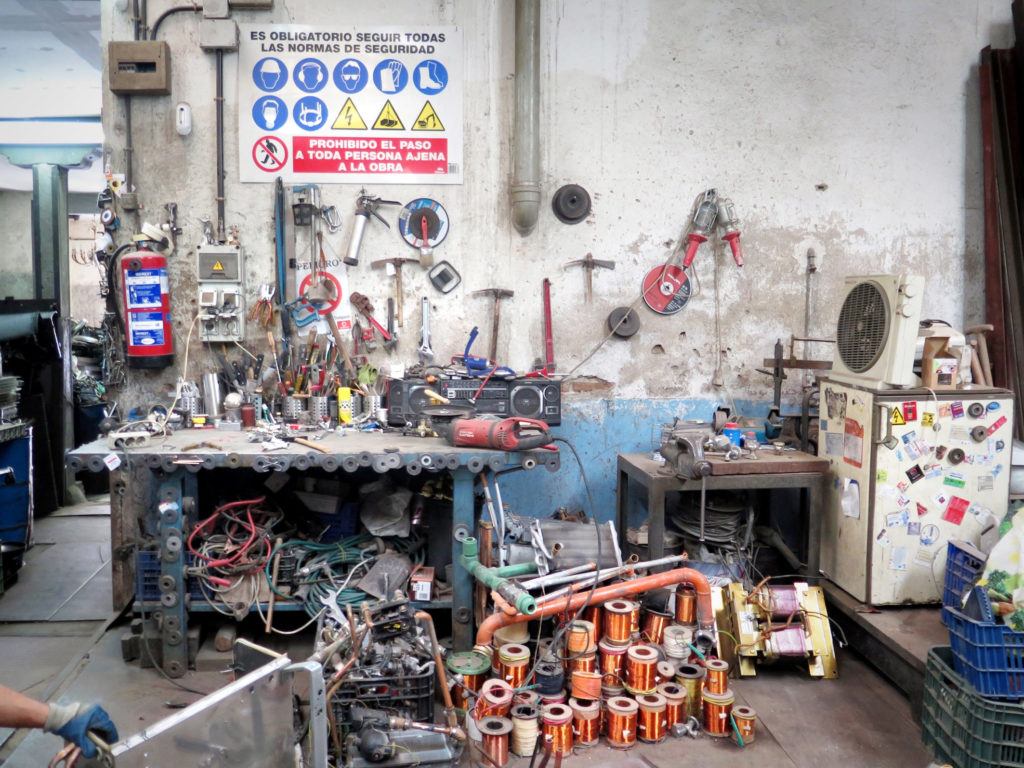 Next time you’ve got some metal to throw out, consider taking it to Mayorista de Chatarra to see what you can get for it. You never know – it might be reincarnated into your next mobile phone.