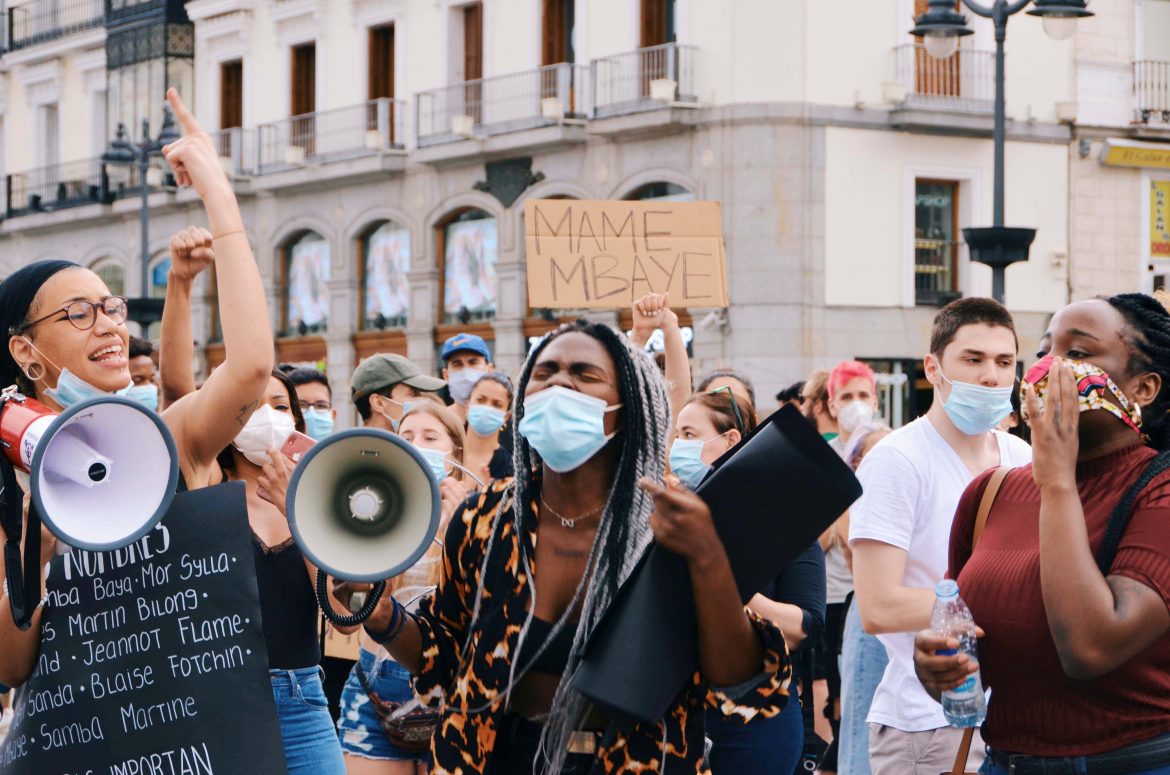 One hot summer night in 2015, protestors gathered outside Congress, quietly sitting cross-legged on the pavement with blue gags tied around their mouths and with their hands behind their backs. Their timing was key, protesting until the clock struck midnight on Wednesday 1 July – the moment their actions would suddenly become unlawful.

From one minute to the next, the Citizens Security Law, or the Ley Mordaza (the ‘Gag Law’) as it’s been dubbed, came into place. The police now had the authority to blow the protestors away like dry autumn leaves and, since then, Spaniards have been fined millions of euros for actions that were not previously unlawful. 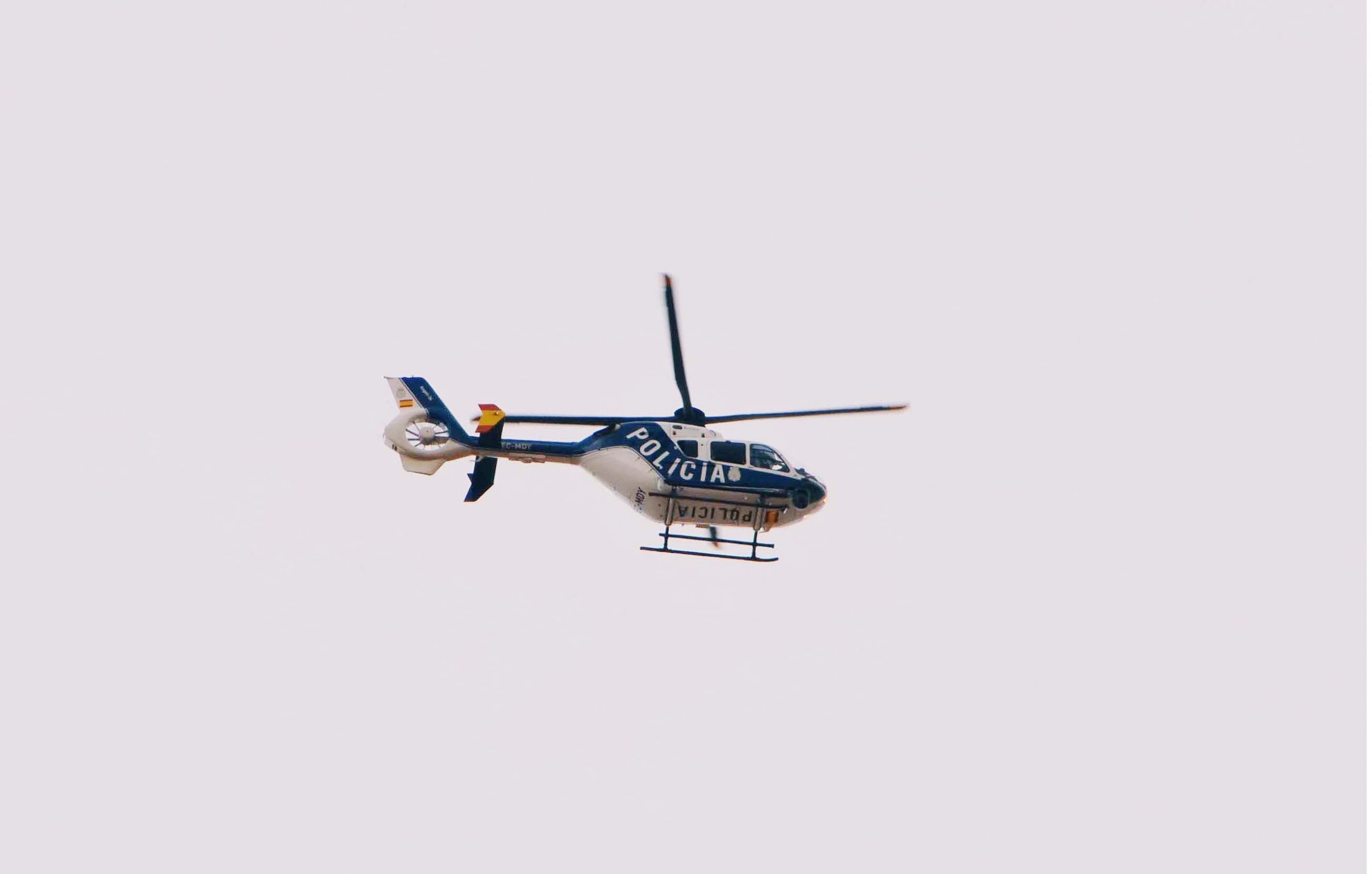 It was the PP, the right-wing political party in government in 2015, who drew up and implemented this law in order to suppress a rise in anti-austerity activism, during which the left-wing anti-austerity party Podemos were born. Up until this point, protests in Madrid were daily and the police appeared to be losing control.

Here are some examples of some of the most repressive aspects of the ‘Gag’ Law:

Any individual, association or organisation who organises or takes part in an “unauthorised protest” could be fined between €30,000, climbing to €600,000 if the protest takes place near government institutions. Using social media to call on people to protest can also result in being fined under the ‘Gag’ Law – a move that is not consistently policed, which leads to people feeling more relaxed and therefore more vulnerable to fines.

Emergency protests can be authorised up to 24 hours in advance. Information about how to authorise a protest can be found here. 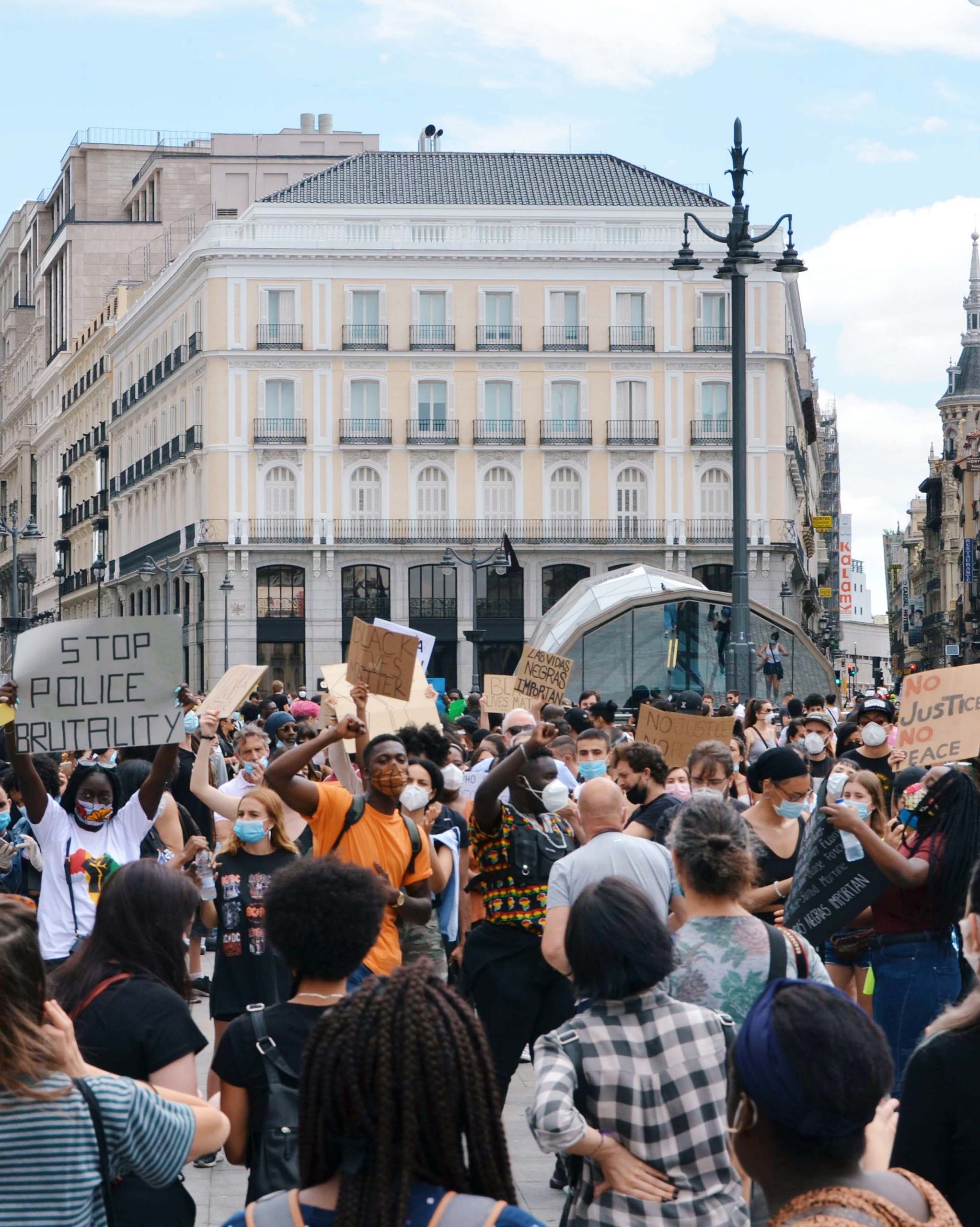 Another deeply concerning aspect of this law is the taking and use of unauthorised photographs of the police. In a recent reform of the ‘Gag’ Law, it is now permitted to take photos of the police, but their use can still be questioned and fined.

Police may seize the camera or mobile phone of a citizen or even a journalist if there are indications that the photographs may be used to challenge the actions of the police or endanger the safety of police officials or their families. 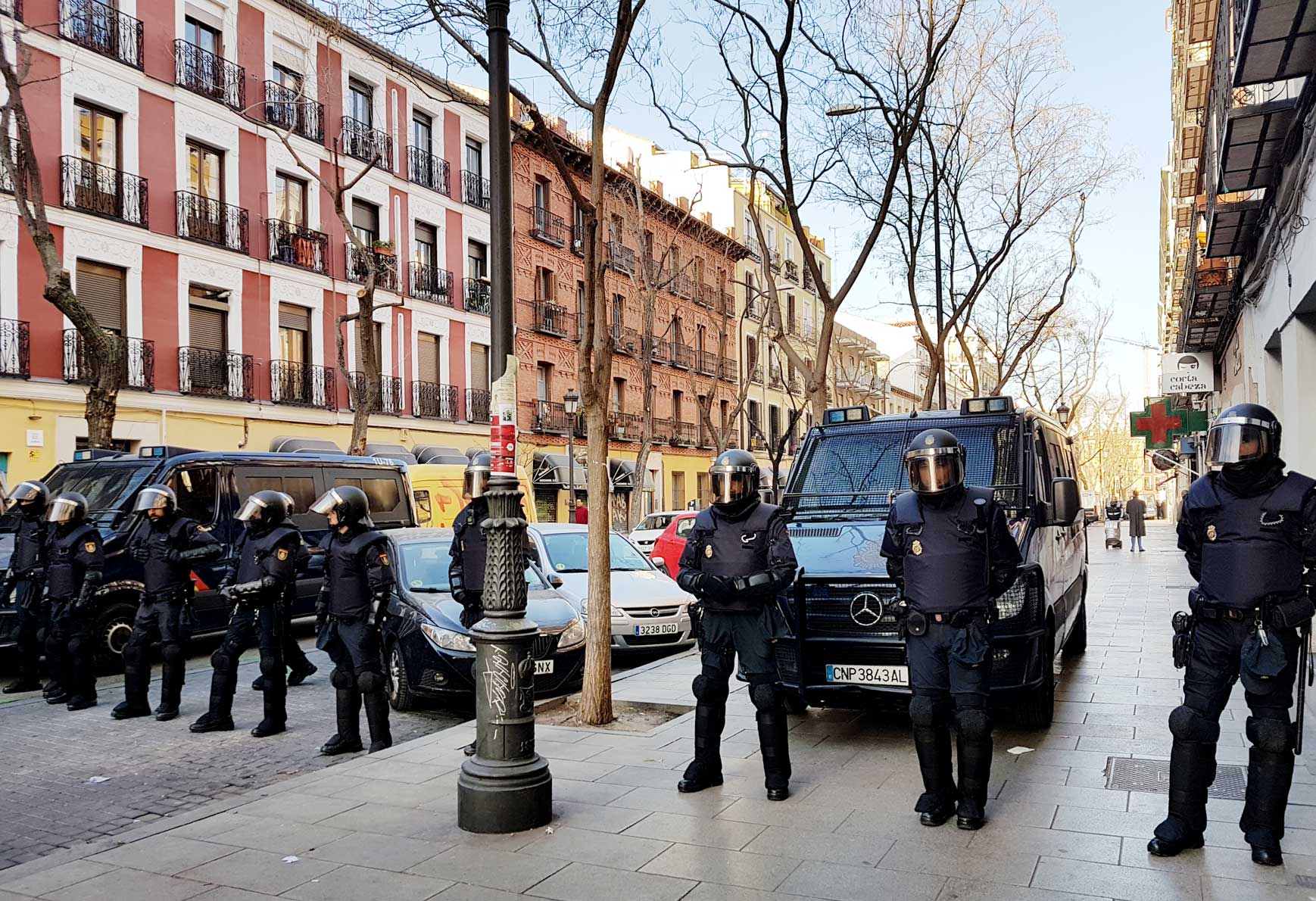 This oppressive law also restricts activists while attempting to stop evictions, making the work of the anti-eviction warriors much more dangerous. In the past ten years, since the beginning of the financial crisis, over 2.5 million people across Spain have been evicted, made much easier thanks to Ley Mordaza. 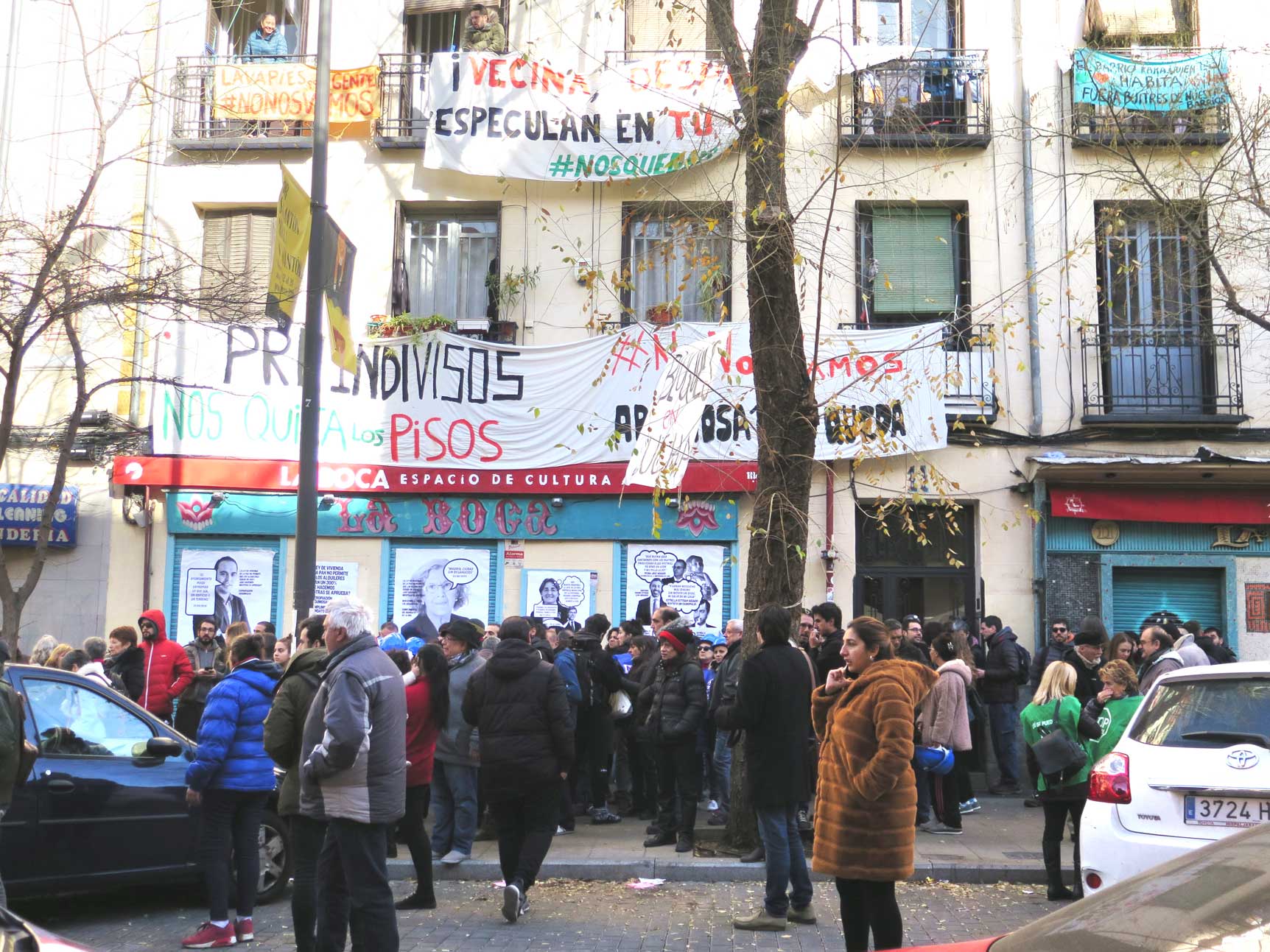 Anything deemed disrespectful to the police, the King or the Catholic Church may result in a fine, or even a prison sentence. A comedian ended up in court over blowing his nose on the Spanish flag during a show, and three women were charged with blasphemy after parading a giant vulva while simulating a religious procession. Many also claim they have found it challenging to report hate crimes against the police, which I can’t go into because of Ley Mordaza.

What can I cover? What can I photograph? What truths can I tell? How do I challenge the authorities without crossing the blurred line? These are the questions journalists must constantly ask themselves, and it results in many stories going unreported. 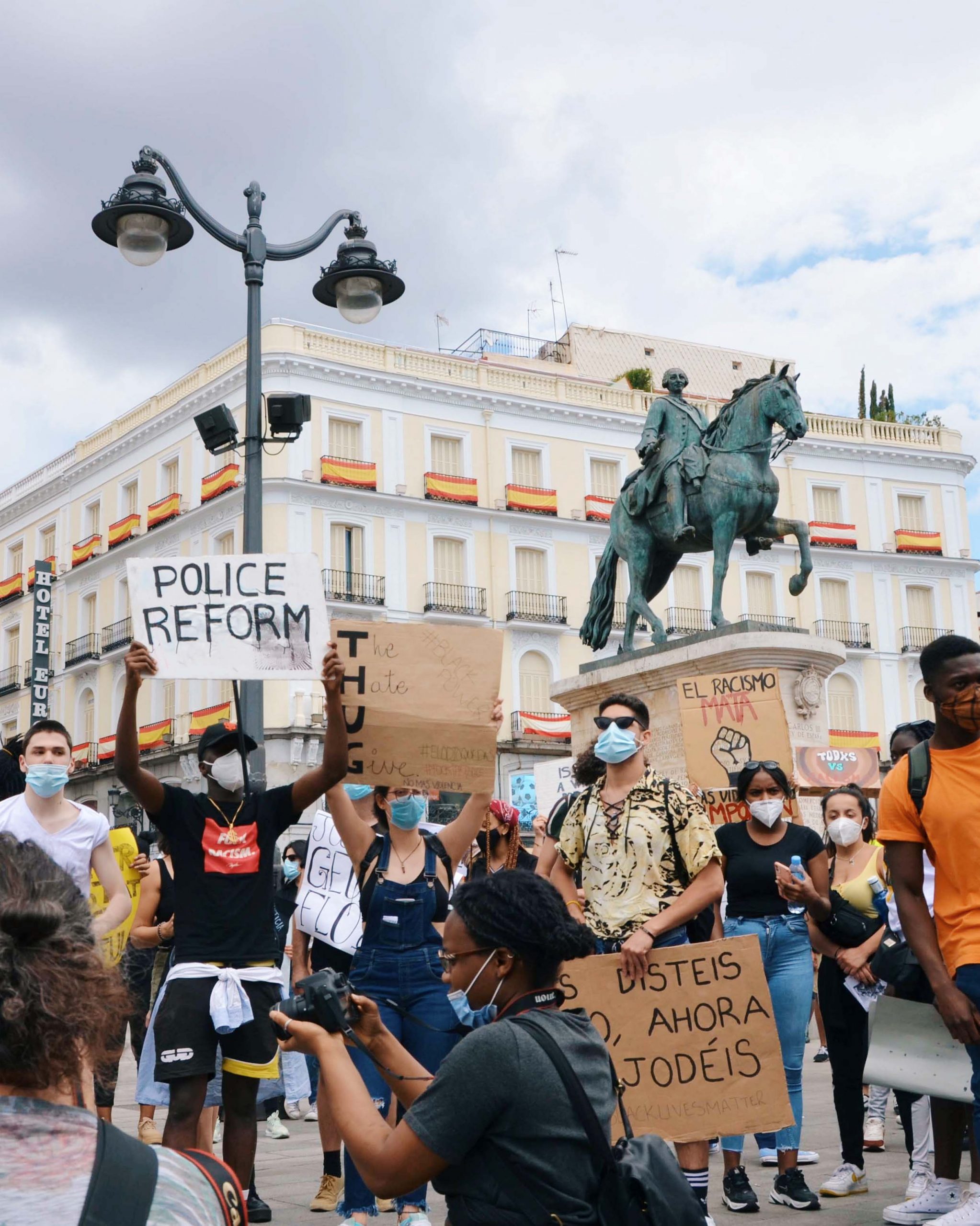 The ‘Gag’ Law was used on an unprecedented level during lockdown in Spain to fine those who broke quarantine (over 600,000 were issued).

All of this comes despite our new left-wing coalition government saying that repealing this law was their priority.

WE’RE RUNNING OUT OF TIME

The reason we’re running out of time to repeal this law is because the only government willing to do so is the one currently in power. With the country deeply divided on how the Covid-19 pandemic has been handled, a fresh call for national elections is likely and there’s also a very real possibility that the current government will lose and that the political party that created and imposed Ley Mordaza will return to power.

Let’s convert and channel the energy that the global BLM movement has harnessed into local issues of systemic racism. Repealing Ley Mordaza will give us the freedom to scrutinise Spain’s institutional discrimination as well as its current and archived incidences of police violence, so that we can defend, without fear, the members of our society that have suffered under it. 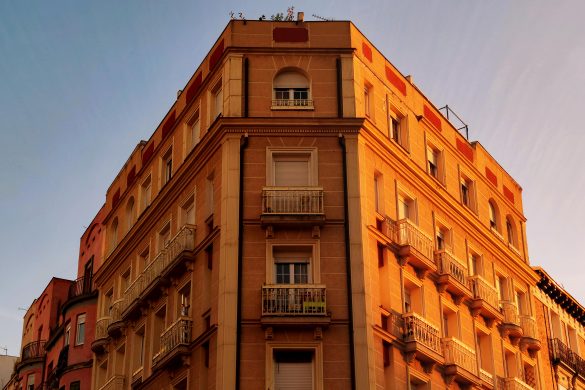 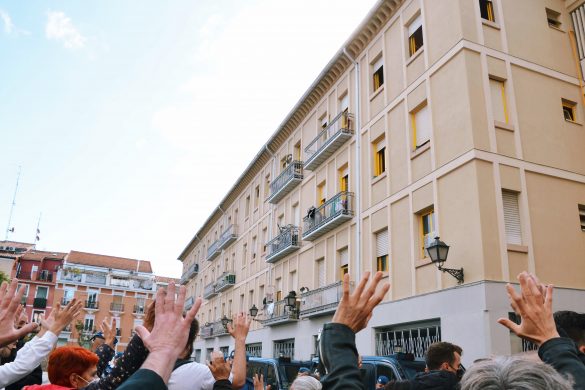