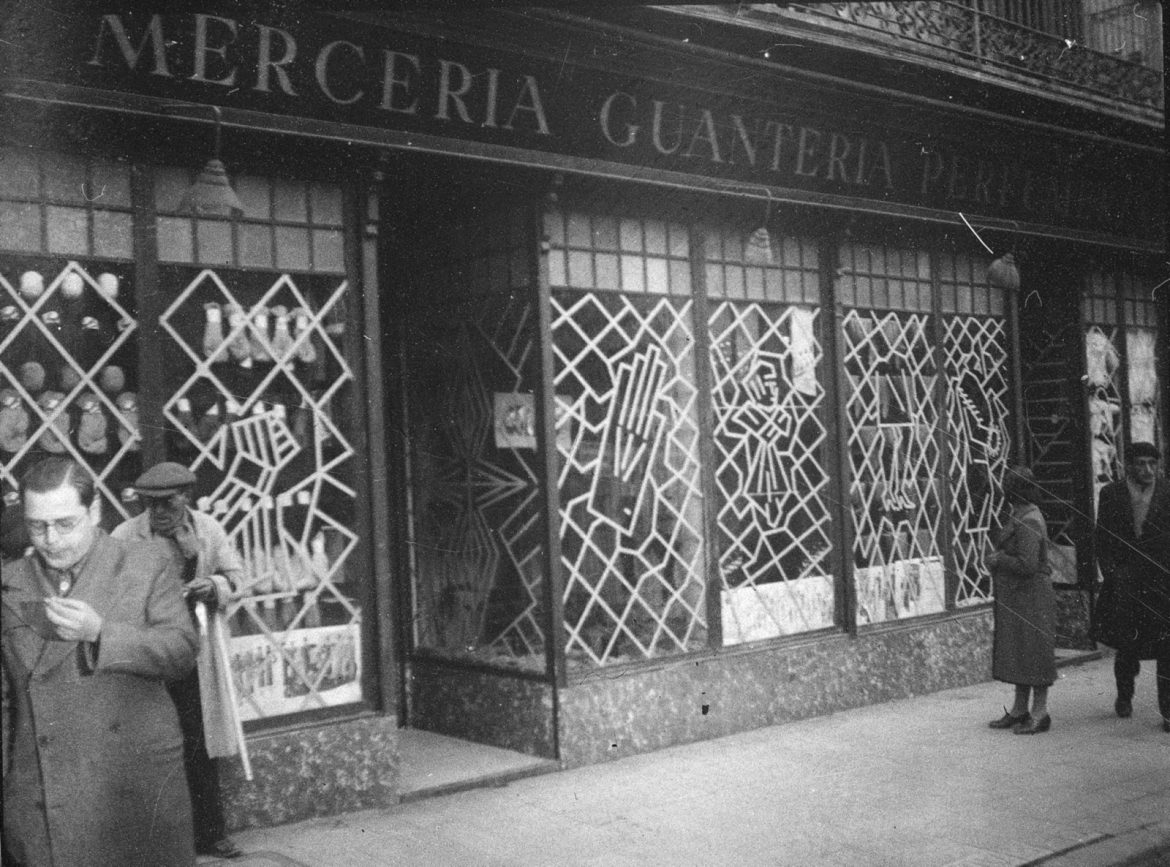 Futurism had a mini renaissance during the Spanish Civil War. The traditionally fascist art movement was briefly revived in an unexpected and ironic manner: to protect the people from the fallout of General Francisco Franco’s air raids.

WELCOME INTO THE WAR

Siren vehicles drive past at high-speed and warplanes fly into view shortly after. And you’re out on the damn street. You manage to escape a falling bomb and its shrapnel, and the shock waves seamlessly pass through your liquid body. You’ve escaped. No you haven’t.

Behind you is an unlikely menace, which is about to shatter into a million ballistic pieces. And it’s still not over. One of those glass shards is about to launch into the window opposite, puncturing you and every other bystander on the street, again.

In fact, no need to picture it. Here’s a video of exactly what it was like during an air raid (warning: contains disturbing, graphic footage):

Did you spot the taped up shop windows? Their protection allowed business as usual to carry on. Six months into the war, on December 5, 1936, the newspaper La Vanguardia published instructions on how to apply tape to windows, which became mandatory for all street-facing shops: 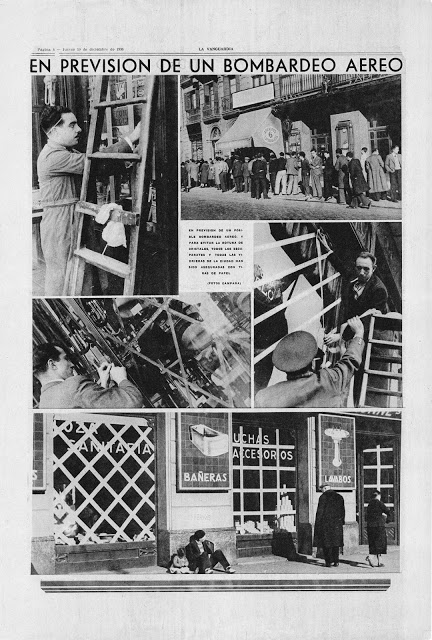 “In order to avoid or reduce the breaking of broken glass due to explosions, in case of possible bombardment, and which could cause damage, it is advisable to secure the glass with reinforcement of paper strips, according to the following instructions:

The reinforcements will be strips of rubberised, resistant paper, glued to the window on both sides, coincidentally on one side with those on the other, the width of the strips will be 3 to 5 centimetres, depending on the size of the windows, and the separation between one strip and another, maximum 30 centimetres.

The indicated arrangement of the strips will be forming a grid or in the form of a cross, according to the diagonals of the glass and fixing its ends to the frames. The fulfilment of these provisions is mandatory for all kinds of windows of public establishments and private houses, to prevent those who take to the street from projectile fragments of glass to the public road.”

And so, the streets became a living art museum… 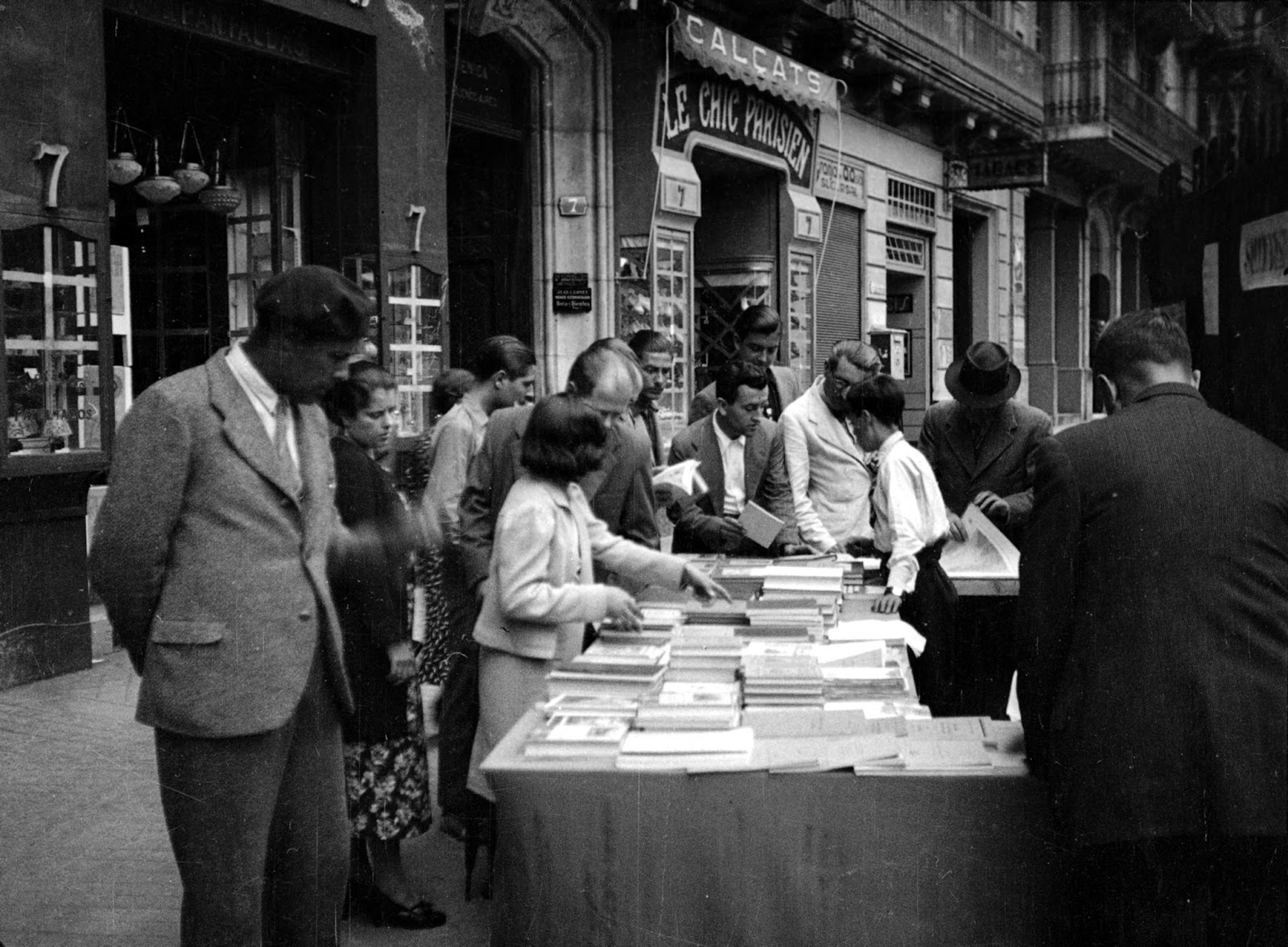 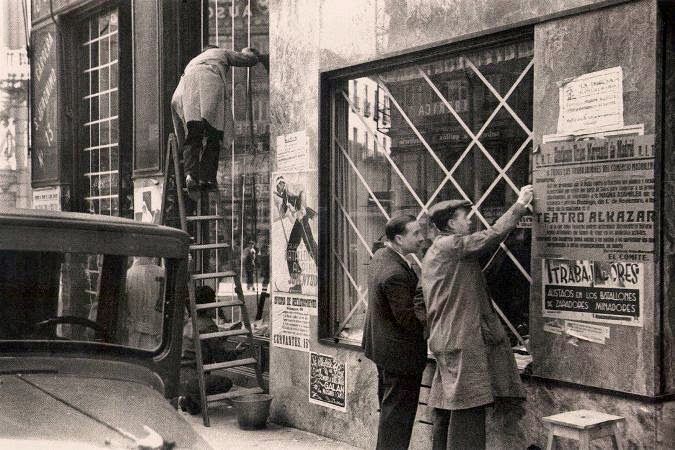 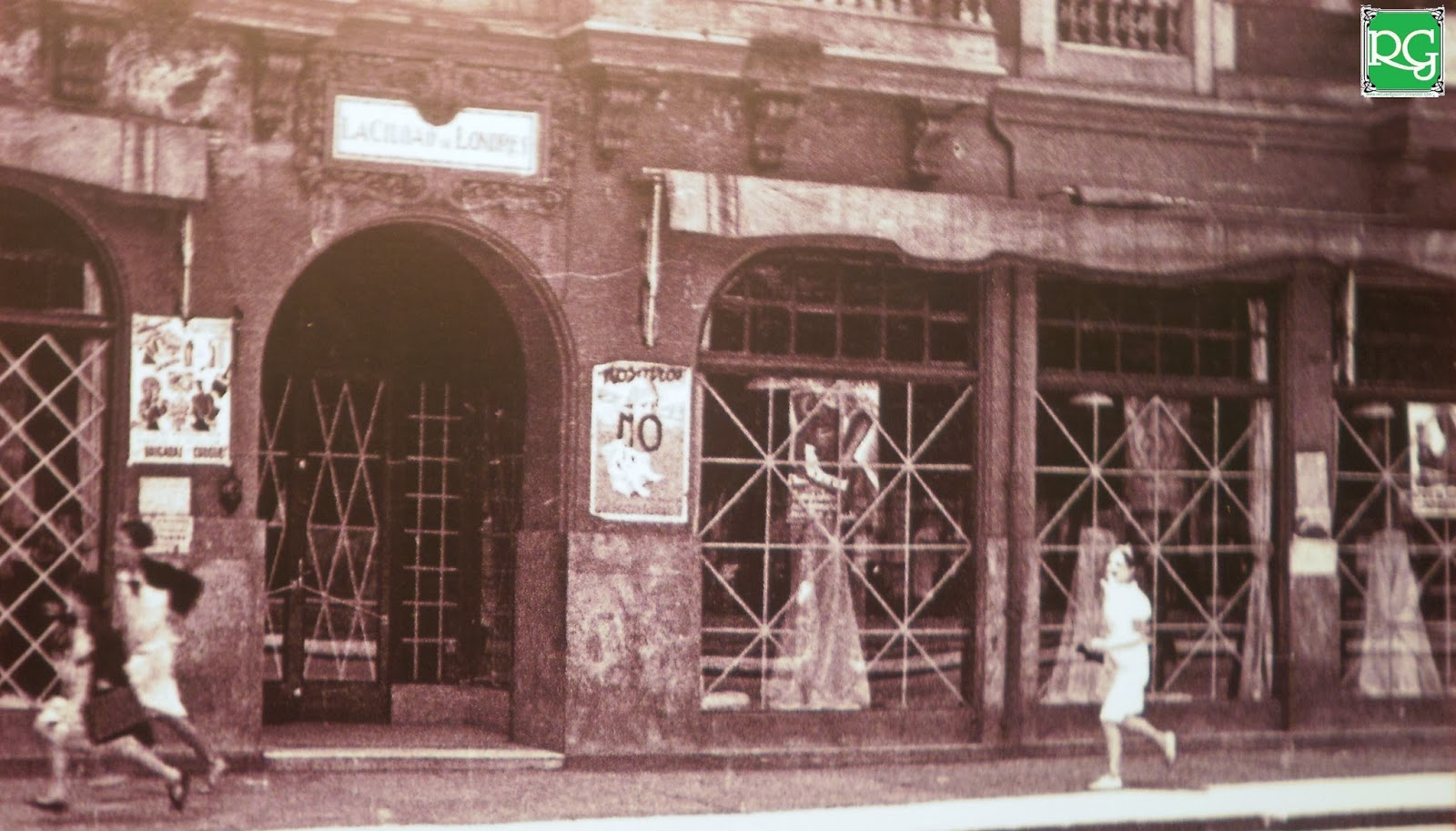 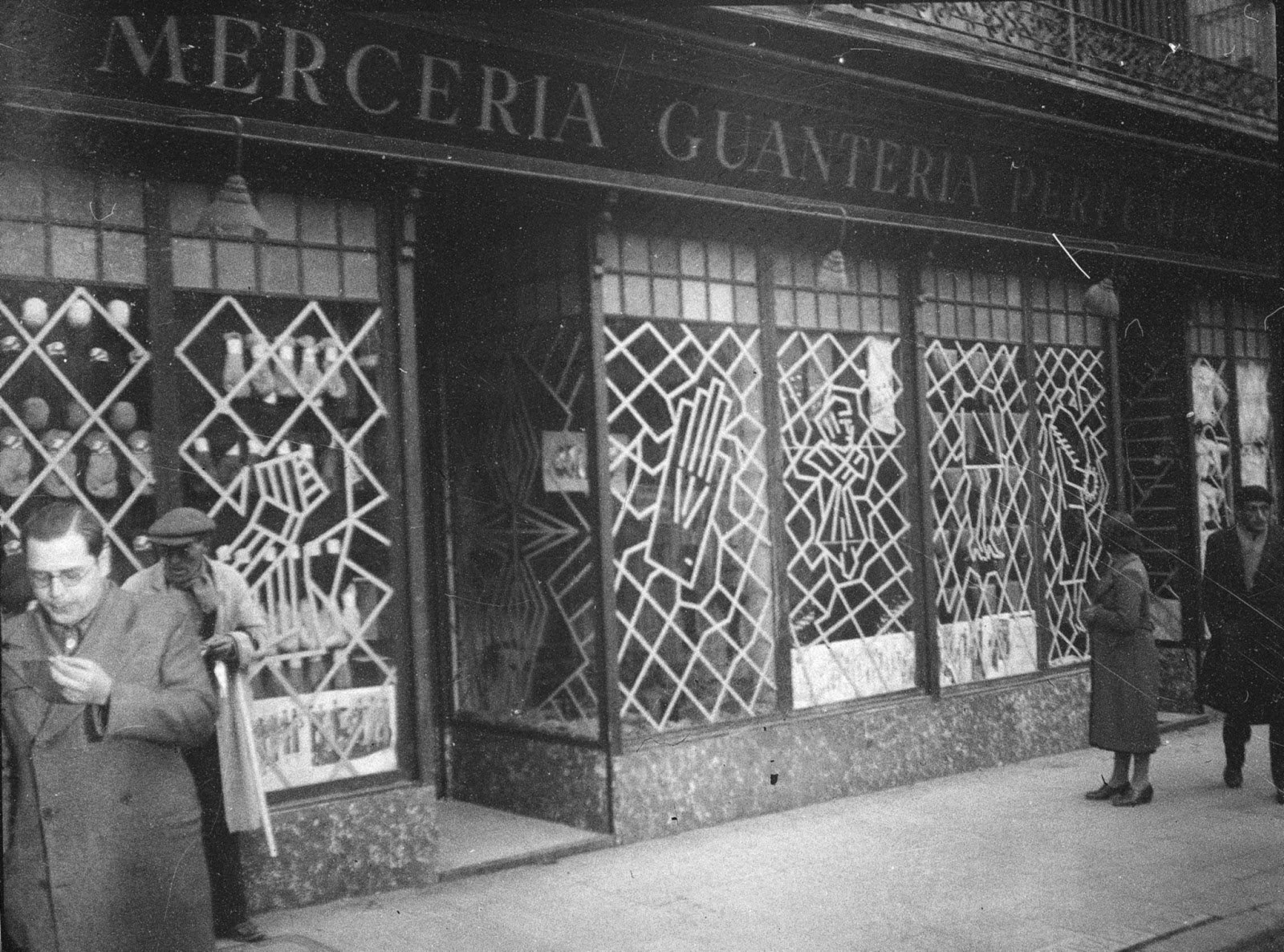 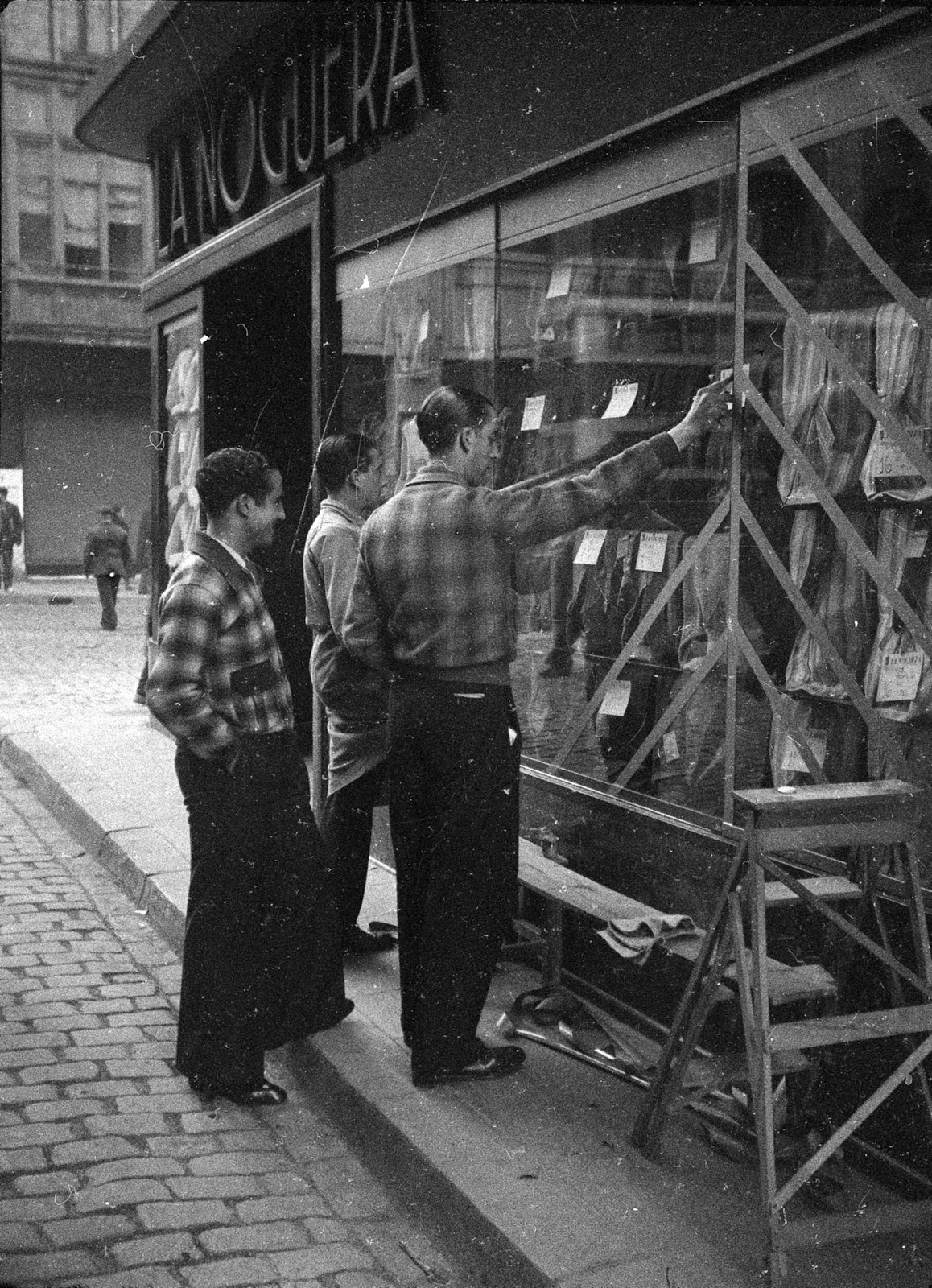 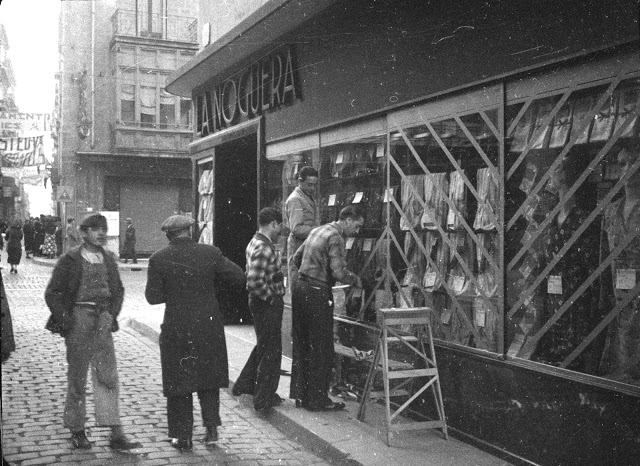 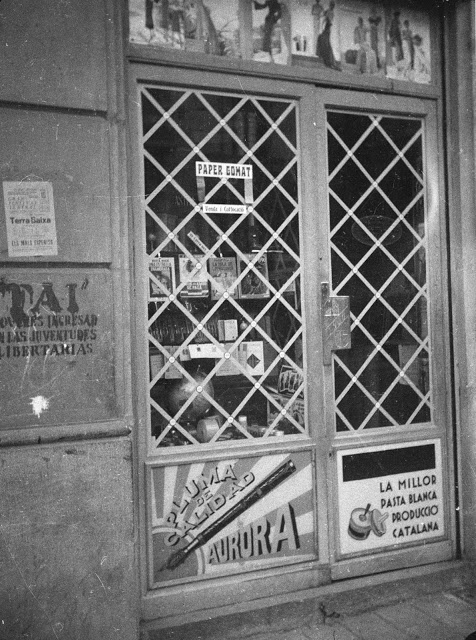 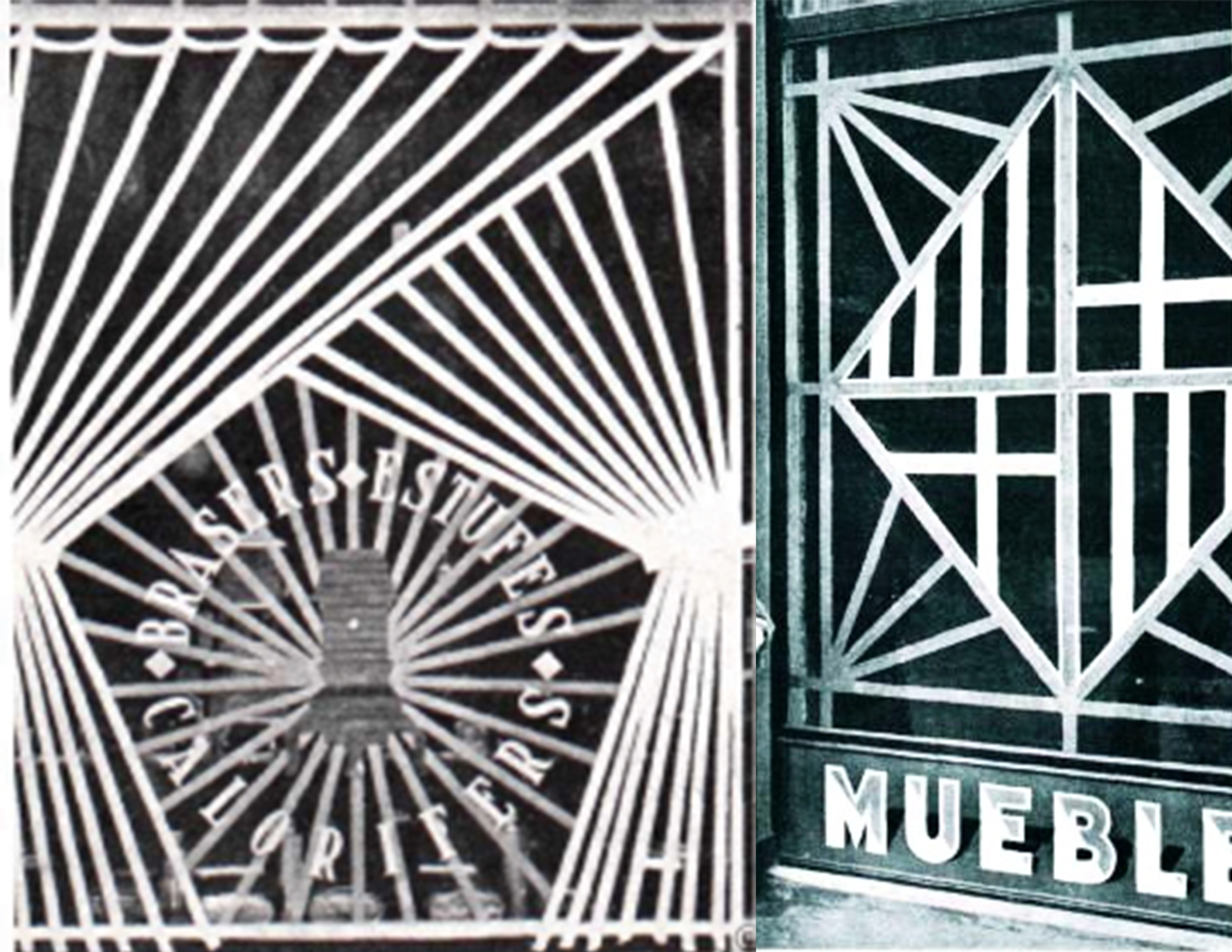 Wartime Spanish writer Etheria Artay published an article titled “Art in the defence of shop windows”, in which she wrote,

War brings ruin and death; but I think also inspiration. An unborn and improvised art has come to light.