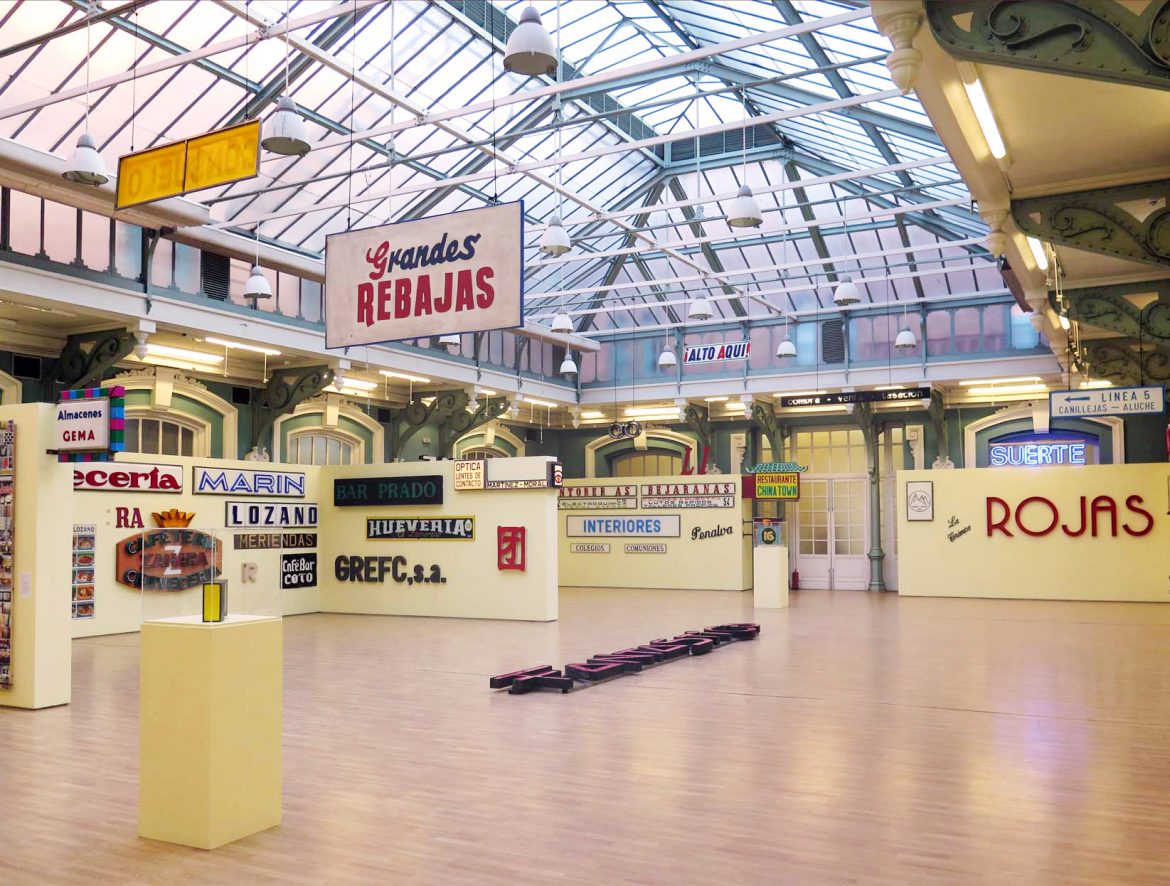 Welcome to the untimely ossuary of Madrid’s extinct shops, bars and restaurants – an emotive collection of defunct signage from Madrid’s long-lost traditional businesses.

I remember when many of these signs were in place outside their original shops, out in the elements on the streets of Madrid. They endured decades of sun bleaching, dry winters and pollution, but also tens of thousands of happy customers over the decades. To see them close down was heart-breaking for entire communities, and the last thing ever expected was to see them again. 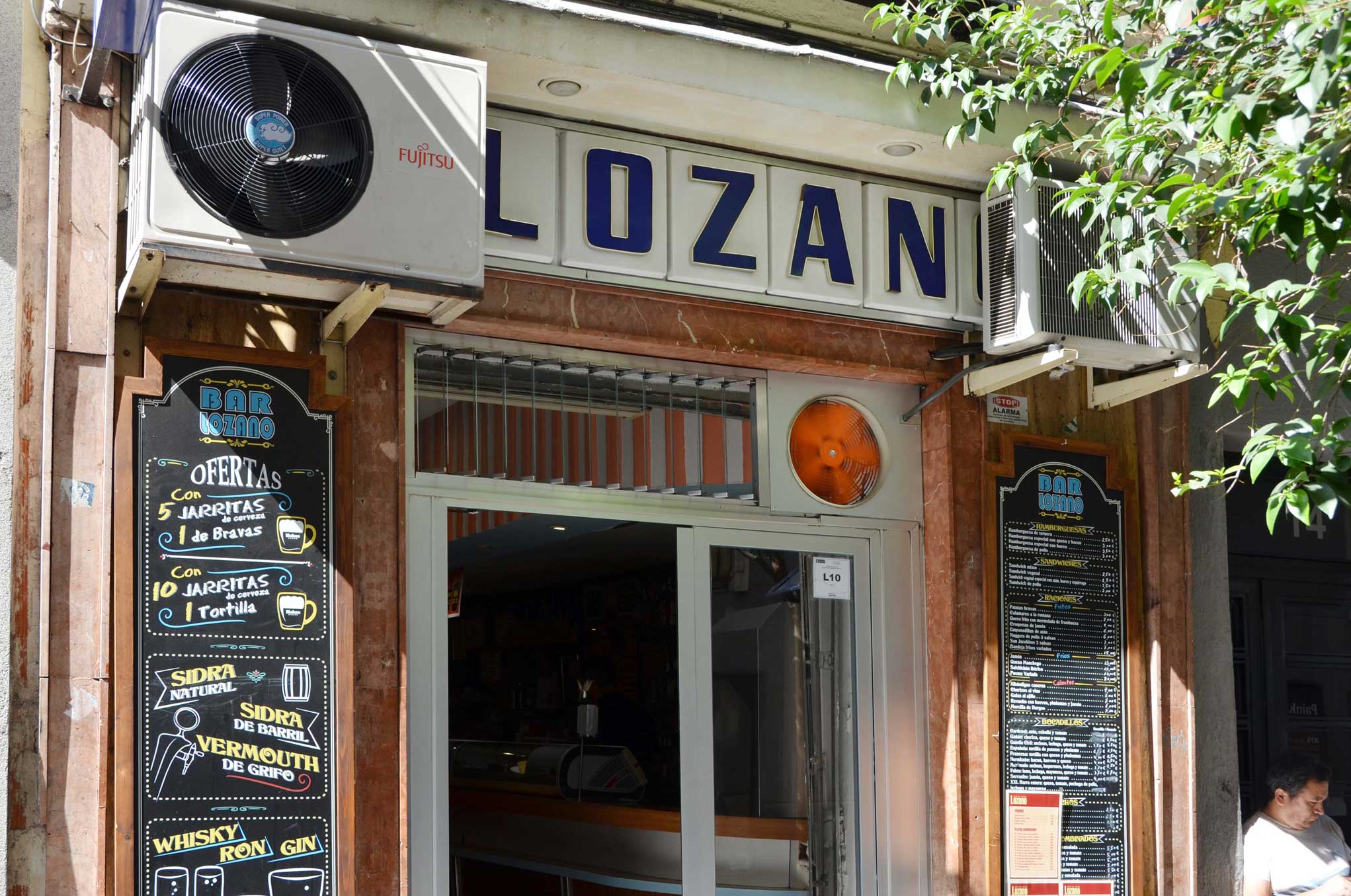 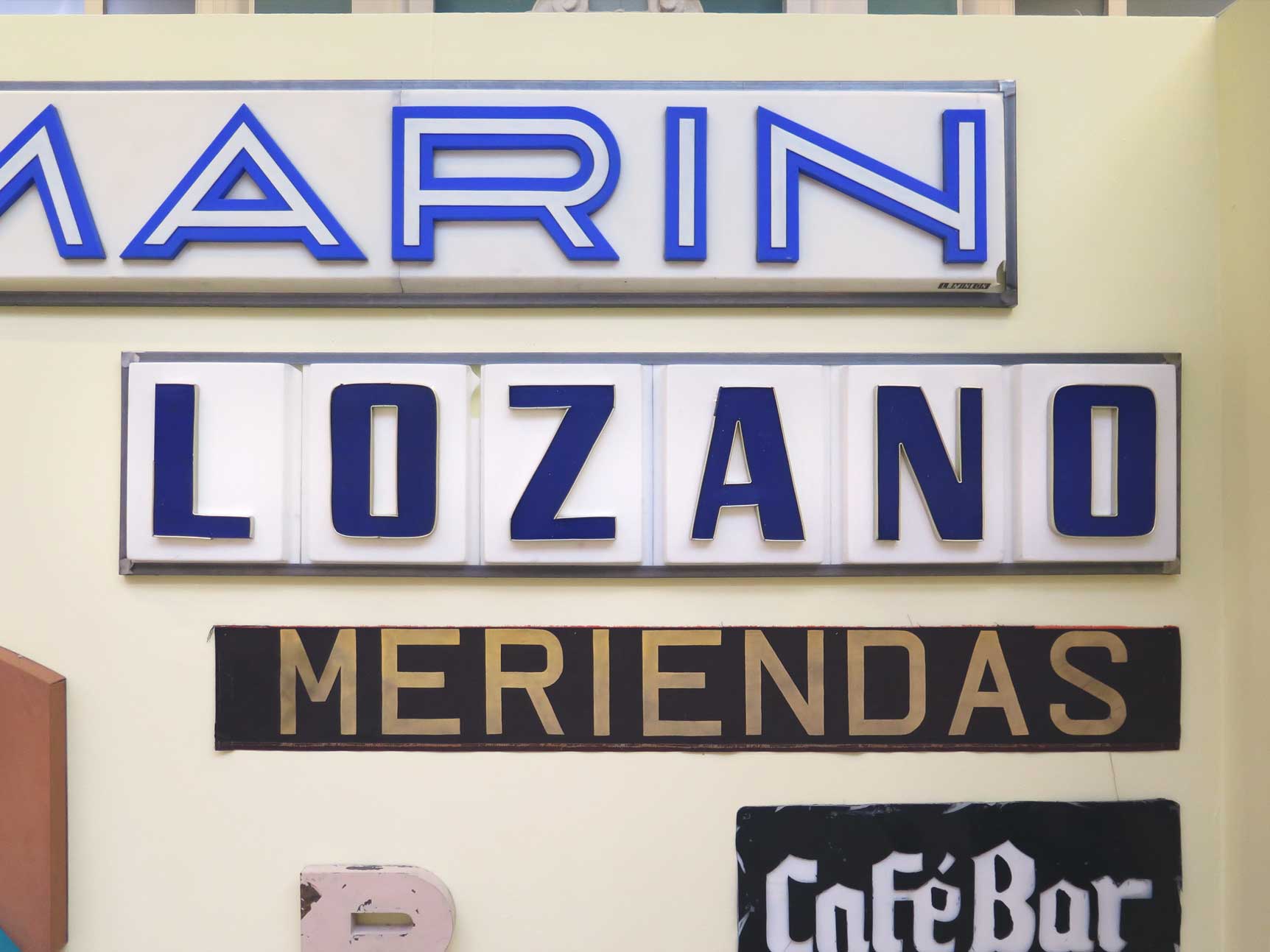 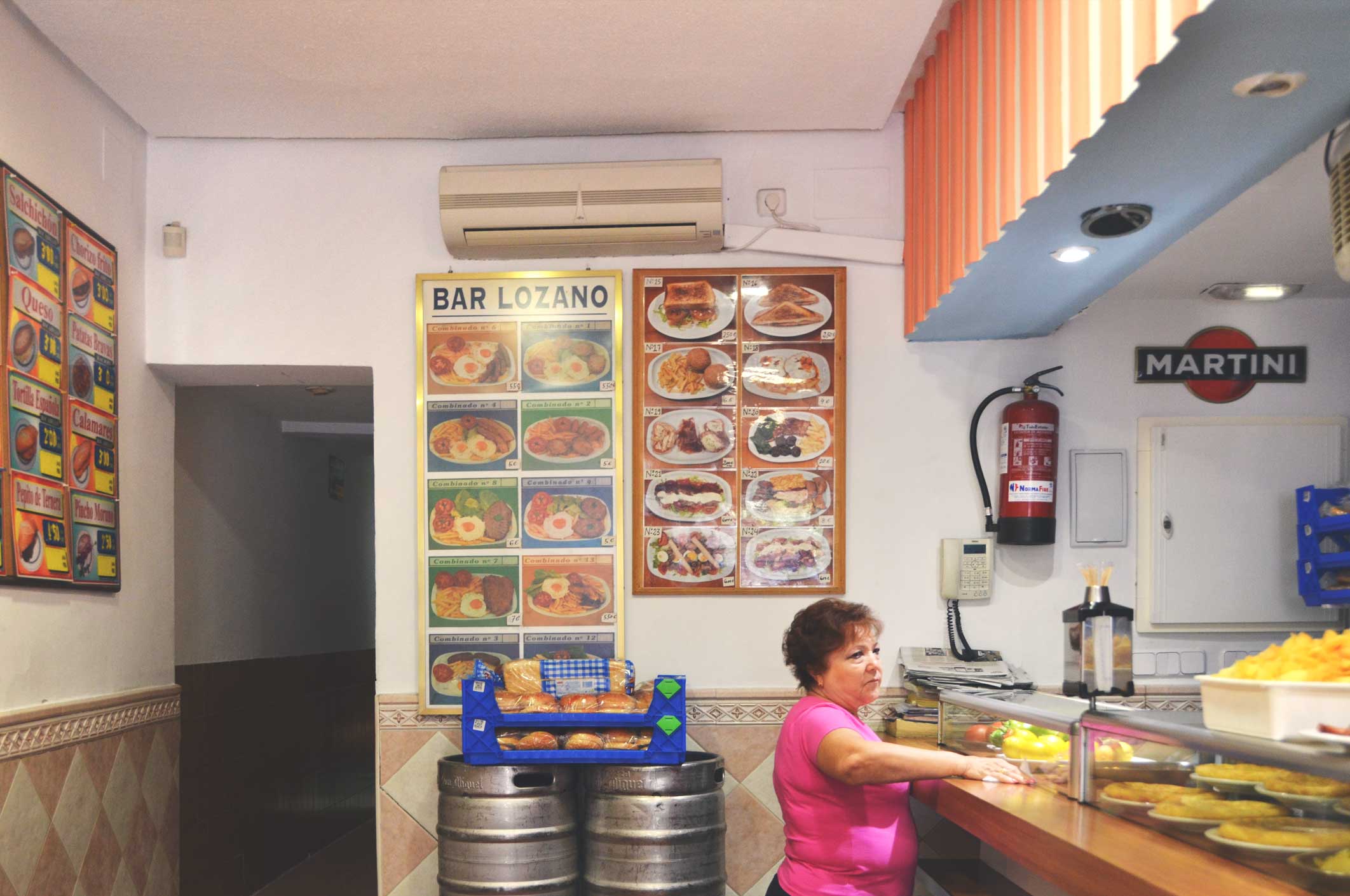 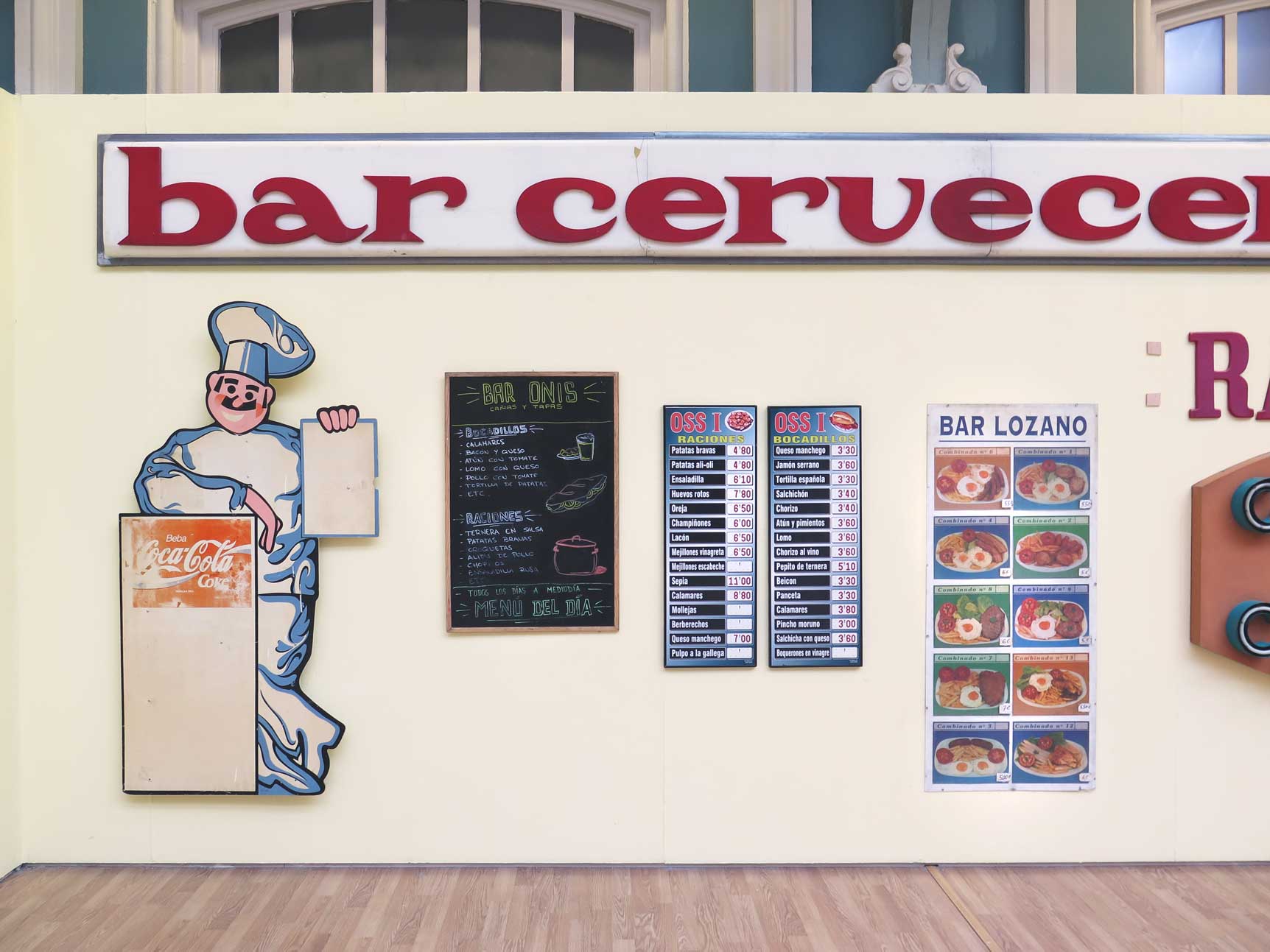 I was initially overcome with excitement to see these signs fixed up vertically again, proudly watching over Madrid once more. But, these signs haven’t really been resurrected. What we’re looking at is a beautifully laid-out collection of Madrid’s bones. 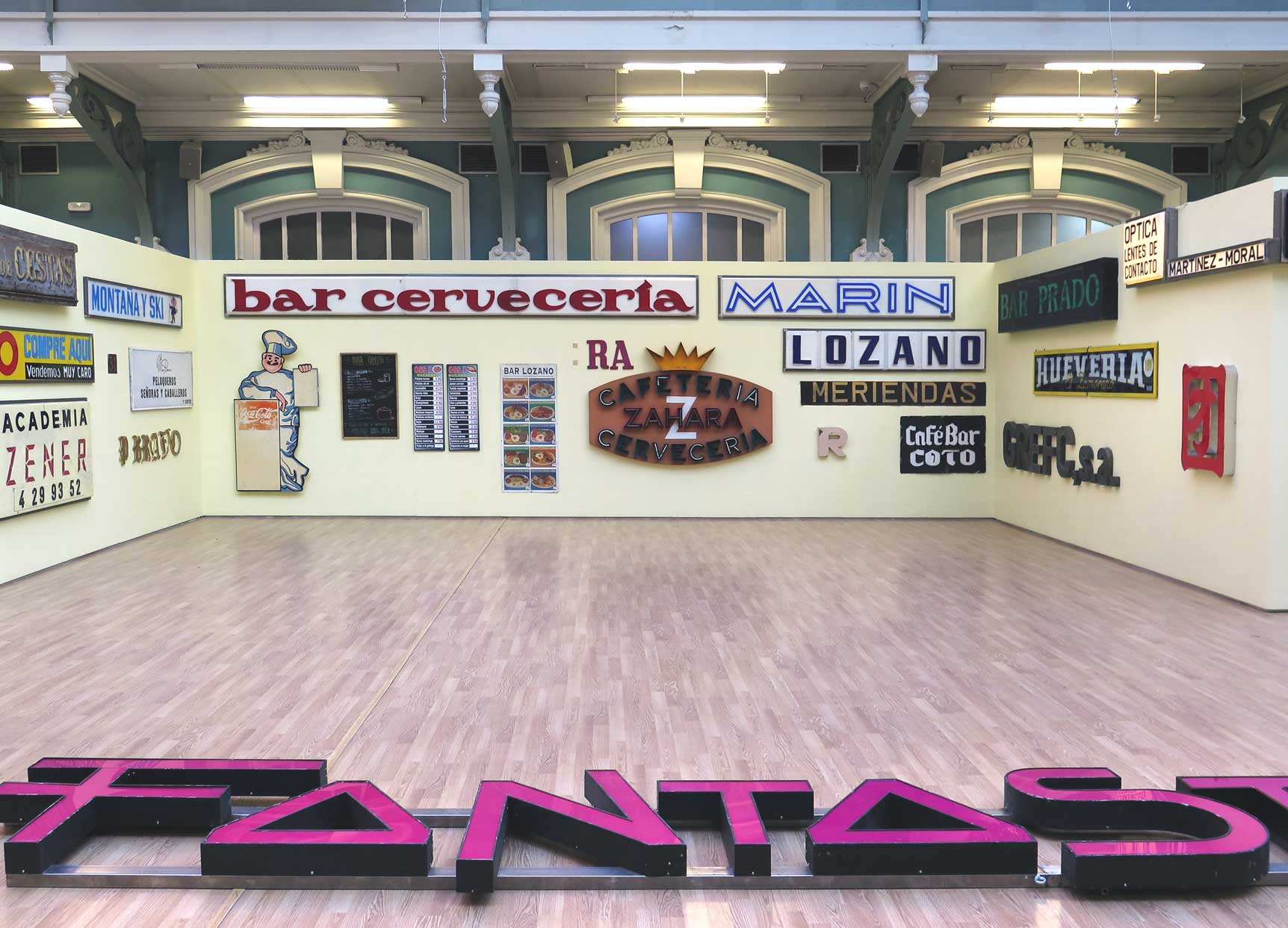 La Fantastica (the pink sign above) was a sex shop near Atocha station. Until I saw the sign on the floor, I hadn’t even realised they had closed. 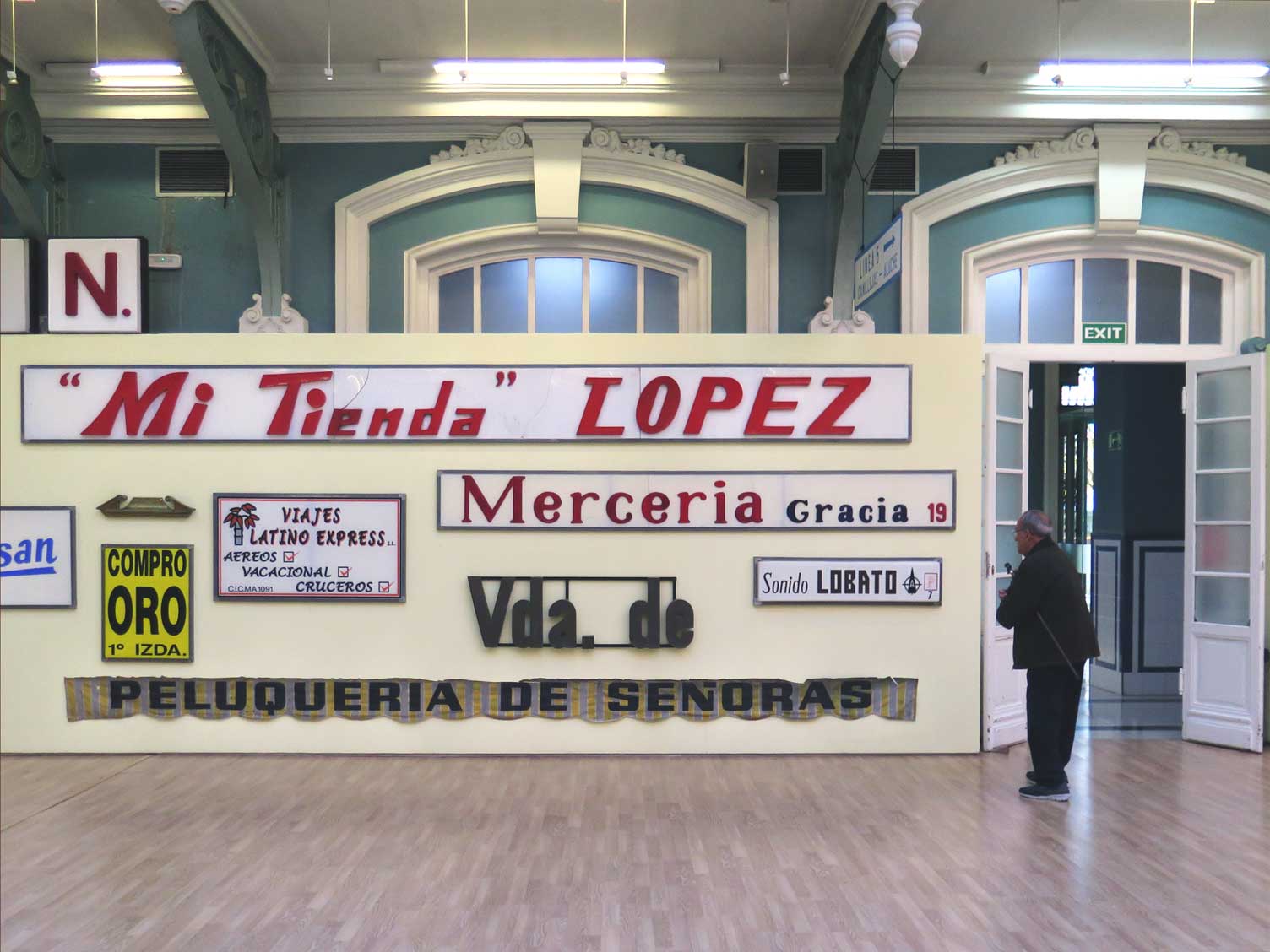 Mi Tienda Lopez, whose sign is displayed above, survived the demolition of its own building. It had been a long-standing clothes shop on Paseo Extremadura, but only the first-floor facade was remaining when I took this photo: 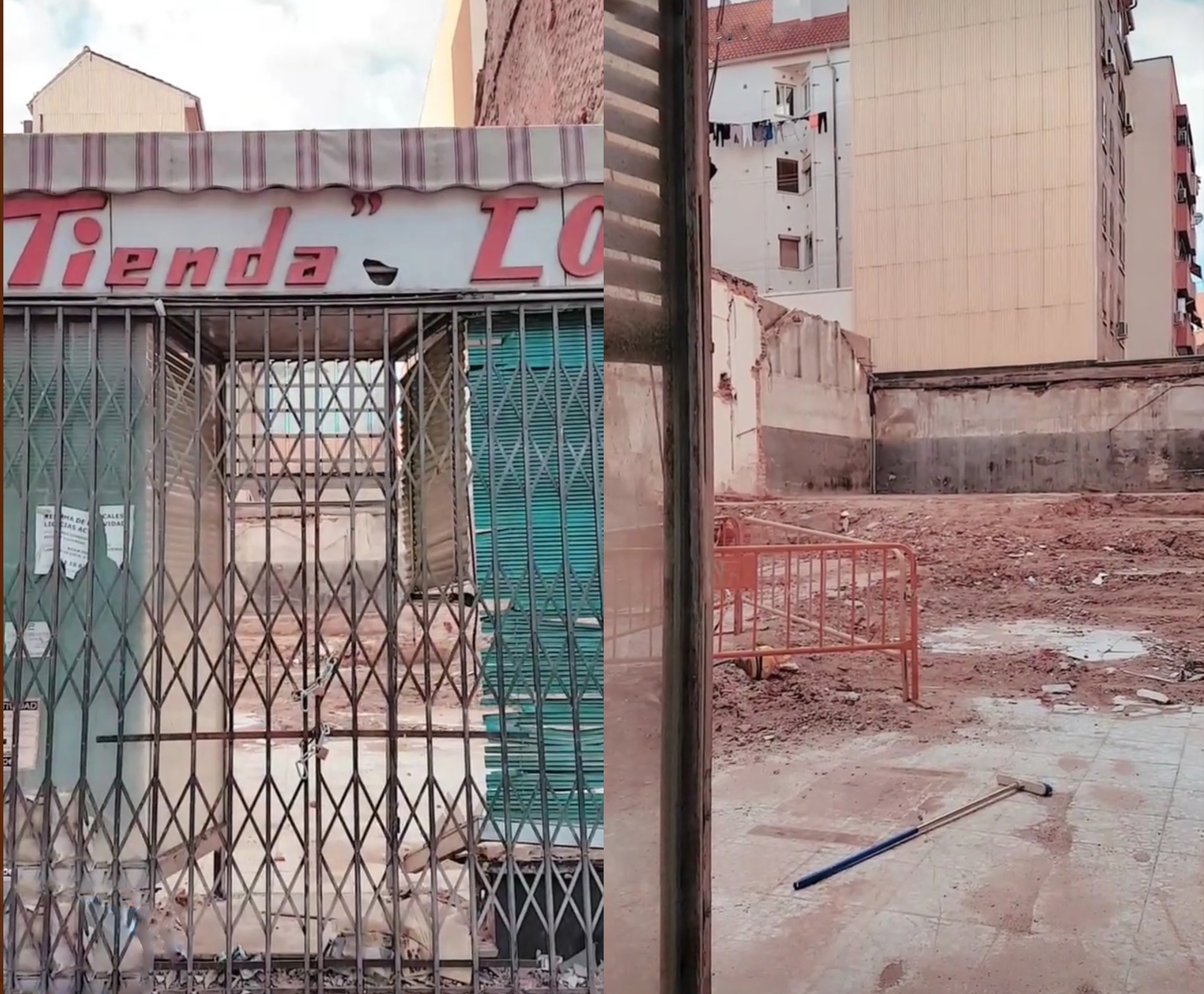 I walked around following an elderly couple. They must have recognised at least a dozen of these signs, and I wondered if they felt the same way as I did.

By no accident, Madrid No Frills is kind of like a doctor for places like these. I visit them when they’re close to giving up and prescribe them an article. Then, now hooked up to nostalgic souls like you, they receive an initial rush and then a constant trickle of clientele, bringing them back to life – even if just for a short while.

Sometimes, however, a dose of MNF isn’t enough, or maybe I didn’t get to them in time and they end up in MNF’s very own cemetery. Then, what happens next is the collector comes along. He rummages through the skip and salvages the old signage, like a mourner snatching the necklace from a loved one’s open casket giving them something physical to cherish, never letting them go. 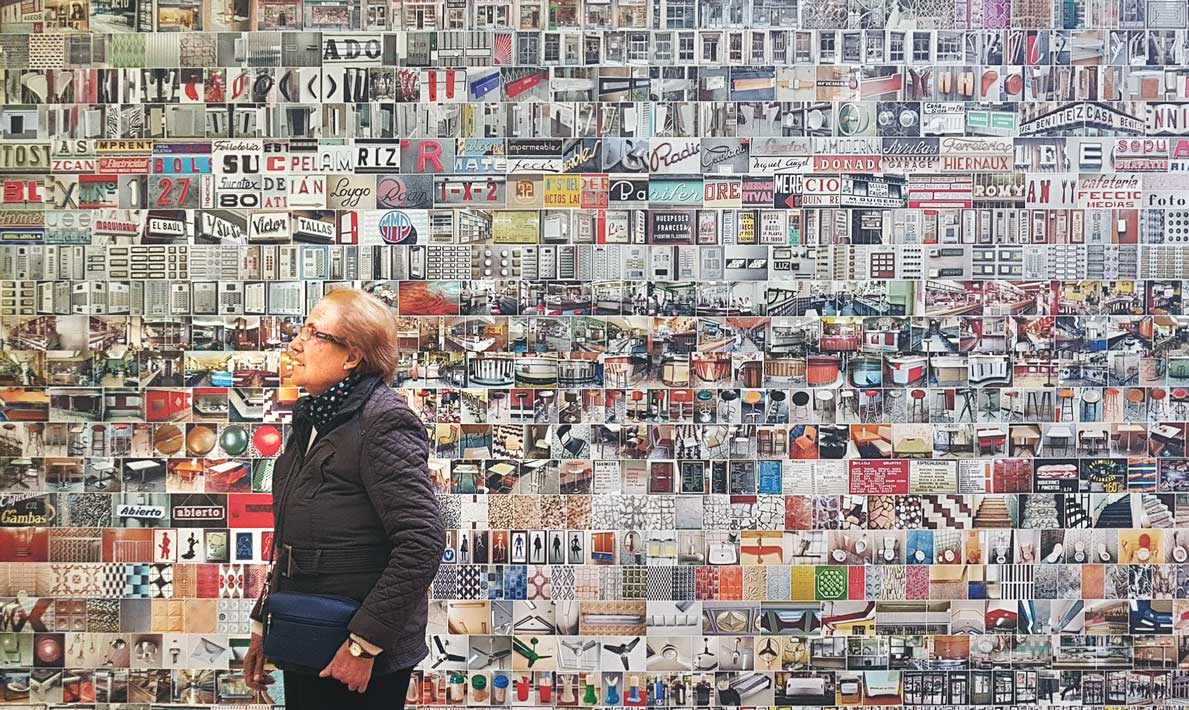 Below are some samples of branded wrapping paper once used by clothes shops and launderettes featured in the exhibition: 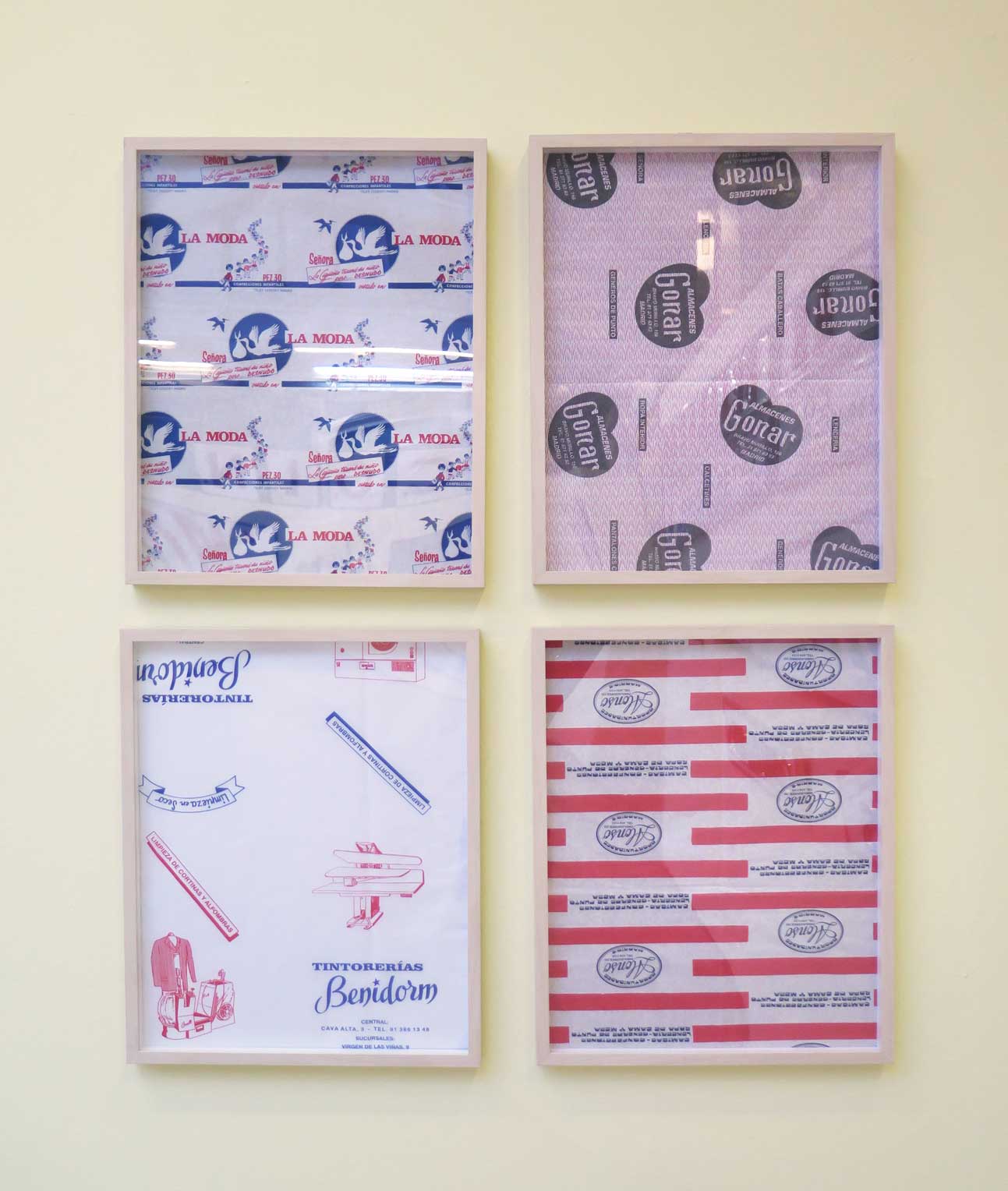 Maybe I shouldn’t have, but I touched some of the signs. I reached into the open casket and clasped the necklace for a brief moment and then let others behind me do the same. This wooden, steel and plastic ossuary isn’t just for me, it’s for the entire city of Madrid. If, like me, you treasure Madrid’s traditional world – that which is disappearing before our eyes – then this exhibition will mean a lot to you too.

Haunting exhibition of the places Madrid has lost was last modified: April 9th, 2019 by Madrid No Frills
Share:
Previous Post

Very interesting collection.
I meself know a bit about this world: Have been making signs since 1991, and not only the signs, but the methos, have changed a lot.
When I began at the age of 20, signs were hand drawn and then cut on plexiglas.
In these days everything is CNC and computer oriented, but I miss those wonderfully skilled craftmen I met in me youth… Specially the neon makers, you see very rarely a neon sign anymore – now all are LEDs -.
Thank you for your article and your blog. As a native from Madrid, It brings some bittersweet memories….