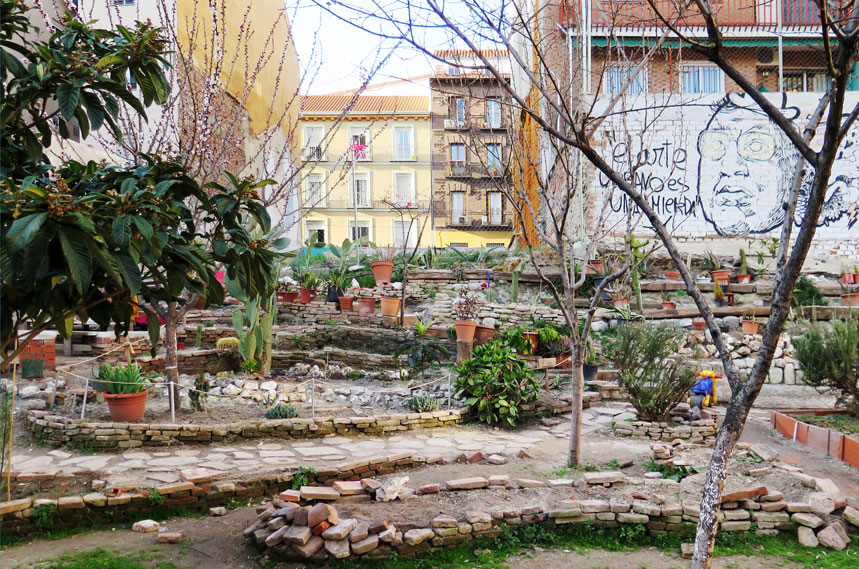 Guerilla gardens have been popping up all over Madrid since the recent crisis – people have been reclaiming disused land for use as public space by planting trees and vegetables. These formerly illegal gardens were and often still are met with strong disapproval, but the battle is slowly being won. With permission finally granted by the town hall, the concept is beginning to gain traction throughout the city.

During the boom years, older buildings all around Madrid were being demolished, but in 2008 the Spanish construction dream came crashing down, and these demolition sites were abandoned overnight, left as nothing more than a rectangular pile of rubble.

Those affected the most were the neighbours, witnessing their barrios turning into patches of wasteland. Many homeless people affected by the crisis would move in, and in extreme cases so would alcoholics and drug users, making the area unsafe for the local residents.

It came as a no-brainer to many that this land could be better used – and what better way in a city as densely populated city as Madrid than as a community garden that all the neighbours could enjoy.

The most sophisticated example of guerilla gardening in Madrid is Esta es una Plaza in Lavapiés. Since being granted permission by the town hall in 2008, it’s been growing steadily and is now enjoyed by a broad spectrum of locals, from small children playing in the sandpit and reading books in the open-air library to teenagers hanging out with their friends and families tucking into picnics and tinto de verano. 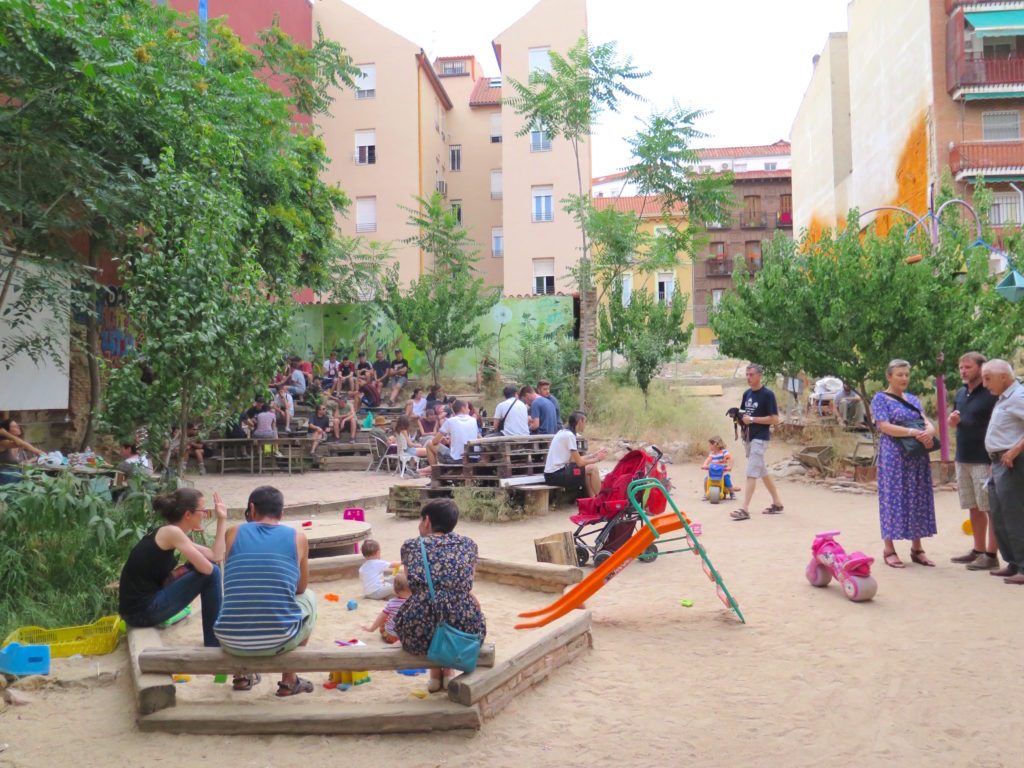 The vegetable patches and fruit trees are impressive. Every Wednesday and Sunday morning, residents are invited to join in with the gardening, and every now and then there’s a performance or workshop in the wooden-pallet amphitheatre. 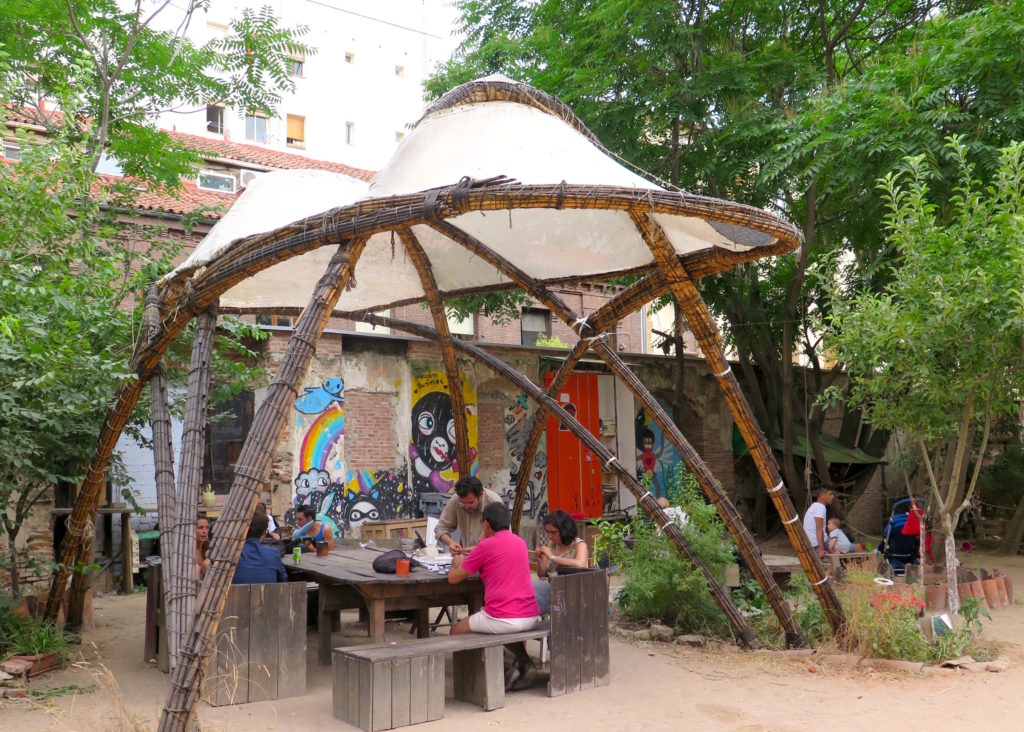 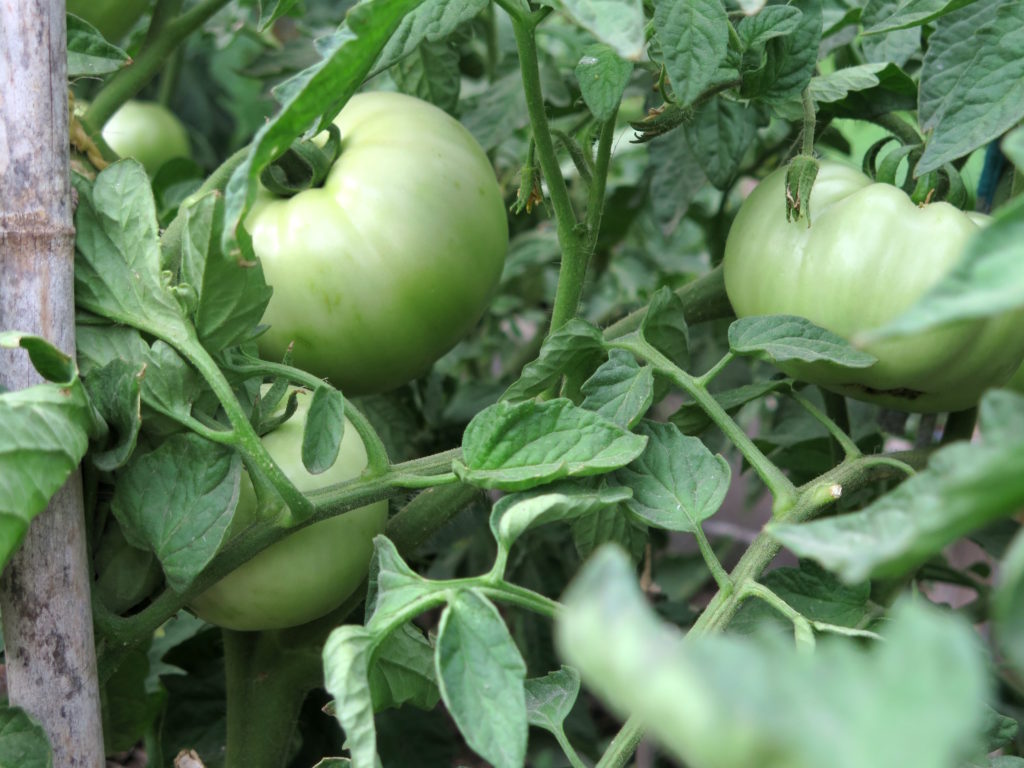 This relatively recent addition to Madrid’s guerilla garden network lies on the site of an old bungalow. Madrid’s previous (conservative) mayor thwarted initial attempts to create this garden by filling it in with concrete, ensuring nothing would grow, but the neighbours persisted and have now planted fruit trees and created raised vegetable patches and even a small dining area. Madrid’s current mayor, Manuela Carmena, visited this site last year and was proud of what she saw. 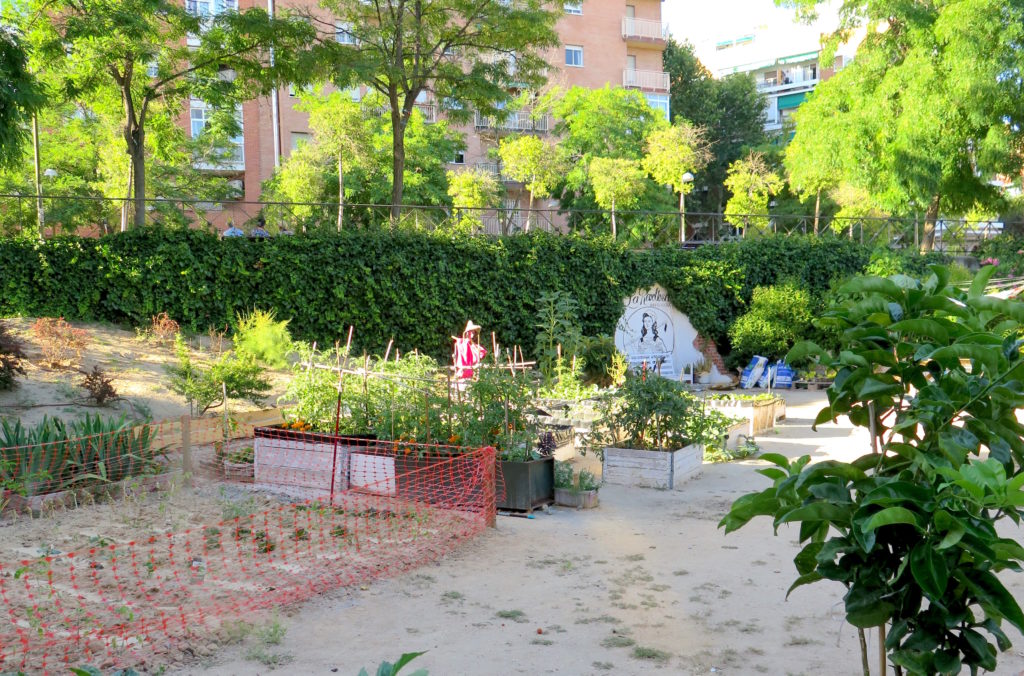 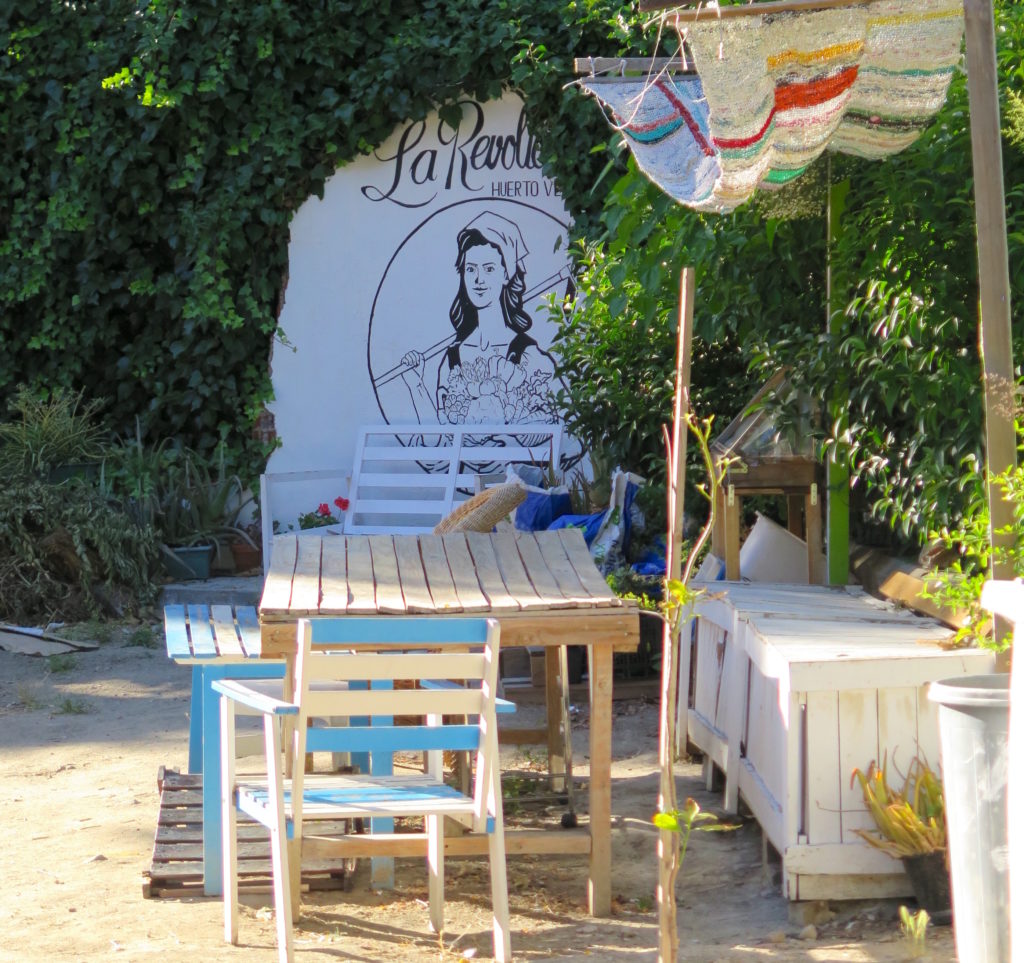 Perhaps you’ve already noticed them. The small patch of earth around some trees lining the streets of Lavapiés have been dug up and turned into miniature urban gardens with herbs, cacti and succulents. They can be found on c/ Embajadores, c/ Argumosa, c/ Miguel Servet and c/ Doctor Fourquet. 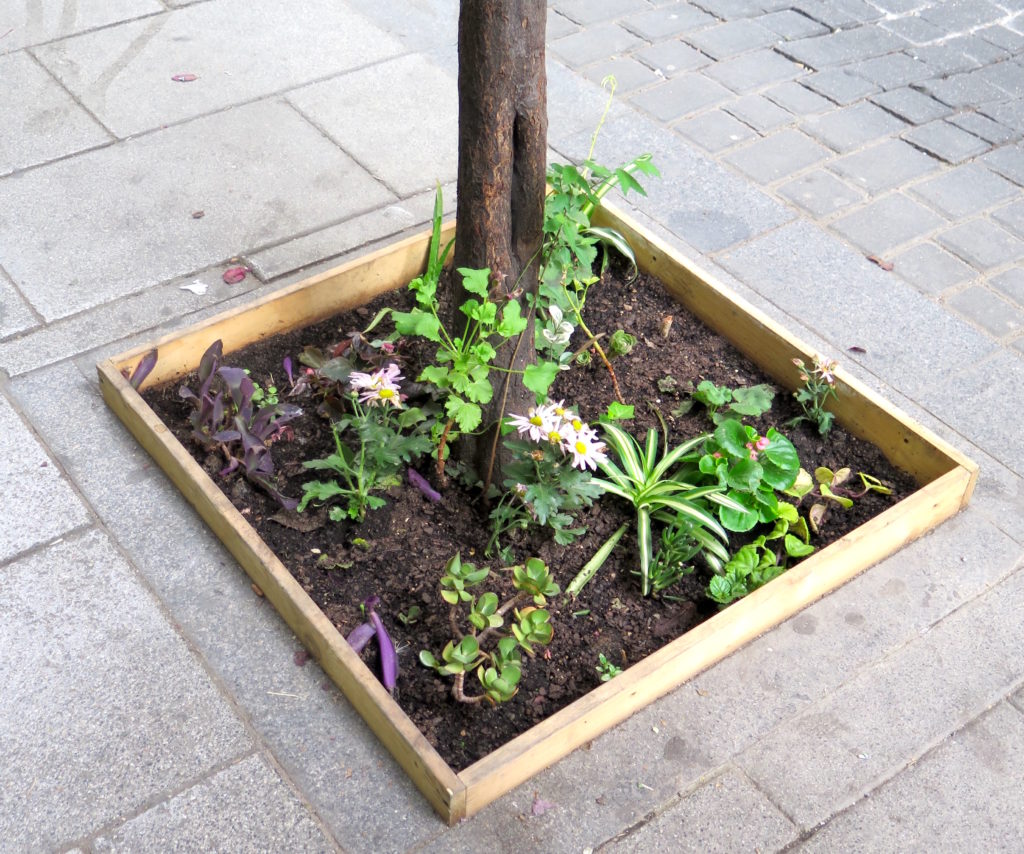 I LOVE Madrid…& I love this site!! I live in Philadelphia, Pennsylvania, but I was stunned by the gracious beauty of Madrid & its’ people during my first visit in 1968…& it was still “Franco Spain” then!…but I remember saying at that time, if this astonishing city & country was ever able to free itself from that hideous dictatorship, it would be the most amazing place in the world. And then, after Franco’s death, little-by-little, I watched that happen (how could I ever forget “La Movida”?!). I’ve now been to Spain 19 times, & have dear friends in Madrid. Of course, as an artist & an art lover, the capital has always special to me. And now that Madrid can fully & openly celebrate “Madrid Orgullo” in late June/early July, as an out & proud gay man, I can truly celebrate one of my most favorite cities in the world. My partner Tom was also stunned by Madrid when I brought him there 4 years ago. And when our world has freed itself from the current Covid-19 virus, I will be back again. But muchas MUCHAS gracias “Madrid No Frills” for being here, & reminding me (as if I ever needed reminding!), of why I have always adored this entirely remarkable city in the most exhilarating country in the world! BRAVO!!