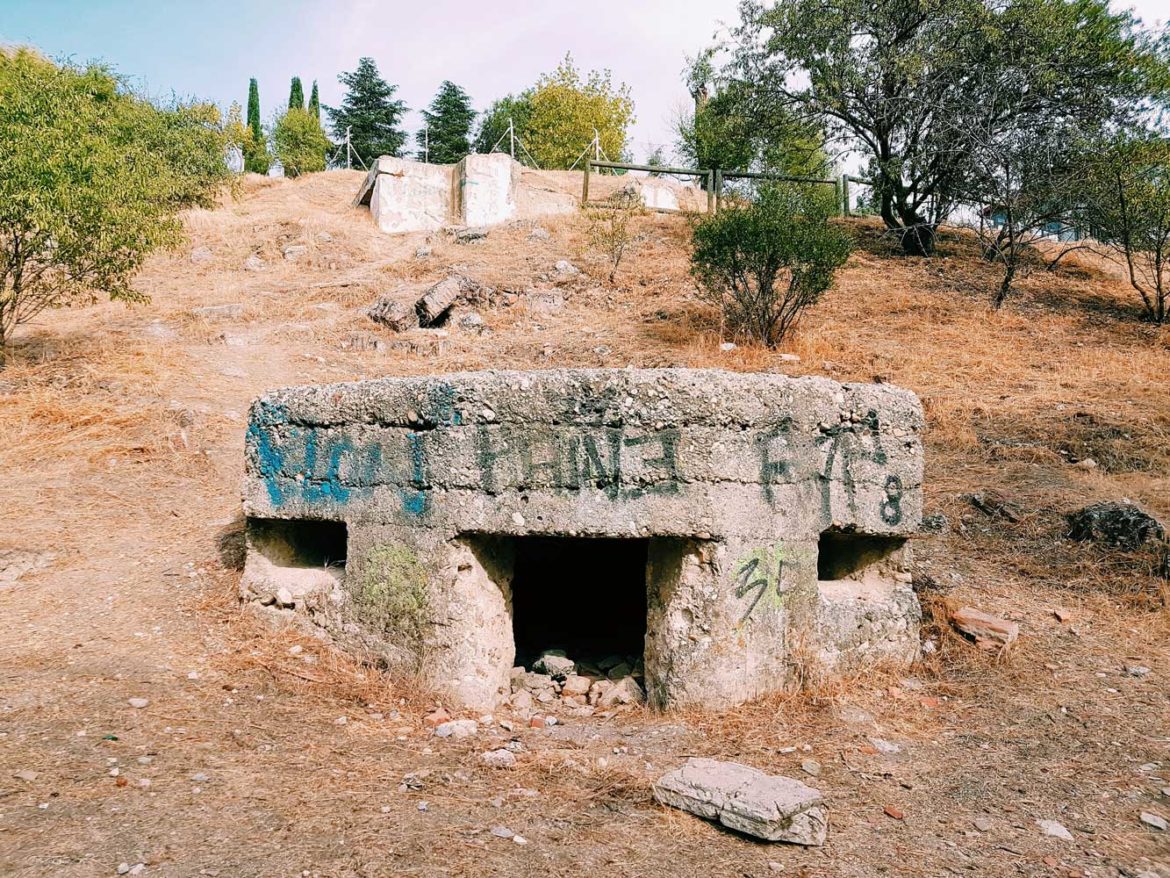 Edward Lawrence continues his offbeat adventures to the most surprisingly located no-frills bars in Madrid. This time, he explores two bus stations, a family-run service station and a shrine to Franco, and climbs a hill – passing a decaying bunker – to find serenity in the most peculiar place. But first, let’s join him inside a bustling local interchange and the busiest international bus terminal in Spain.

Spanish trains are great, partly because of Taberna del Tren, but they often bypass those small, curious towns that are truly unknown to tourists. That’s where the humble coach comes in. Before you embark on your bus journey to deepest darkest Spain, however, join me in making the no-frills station café your first stop.

This bustling bus station for local Madrid commuters is packed with little kiosks, shoe shops in a state of permanent liquidation, and a solid selection of no-frills bars. 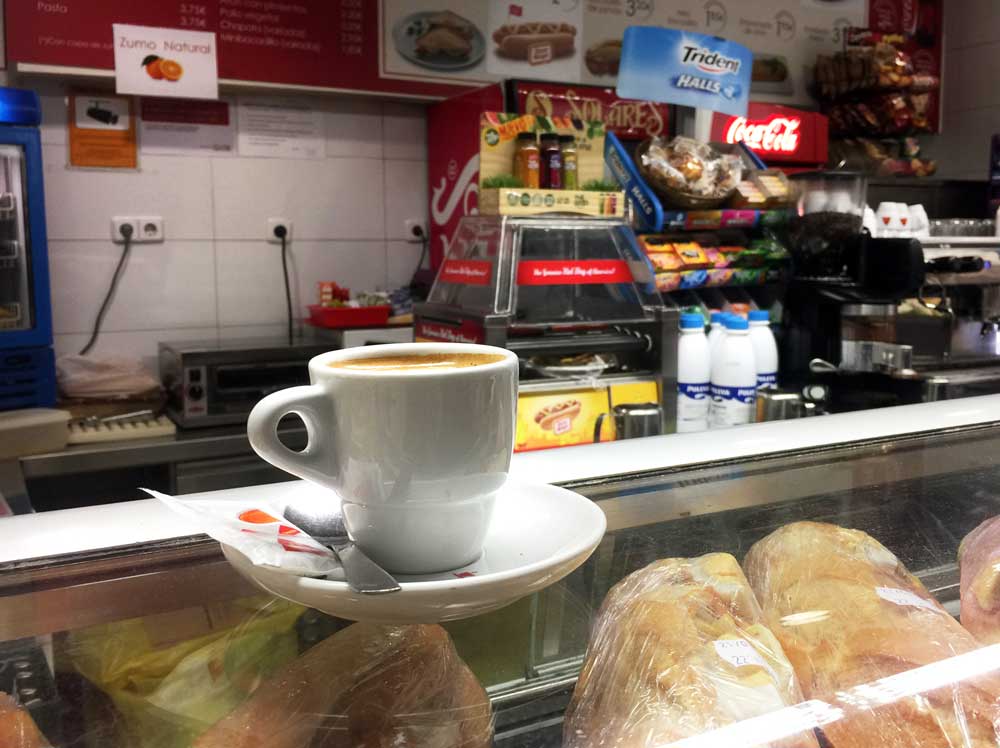 There’s a no-frills cafetería on every floor, and they all look unnervingly similar to school canteens until you’re reassured by the presence of bus drivers sat at the bar (post-shift, I hope). They’ve got cañas, bins that nobody uses, and a selection of fresh tortilla in the countertop display. If it doesn’t have at least one of these elements, you won’t see me there.

This colossal bus station is the busiest in Spain. It’s a pit stop for weary travellers from cities all over the country, but it’s also the departure lounge for anxious families preparing themselves for Biblical three-day journeys back home to the opposite side of Europe.

For that perfect pre-commute pick-me-up, or last menú before burning rubber to Romania, the no-frills cafeterías inside Méndez Álvaro bus station are a memorable last port of call. 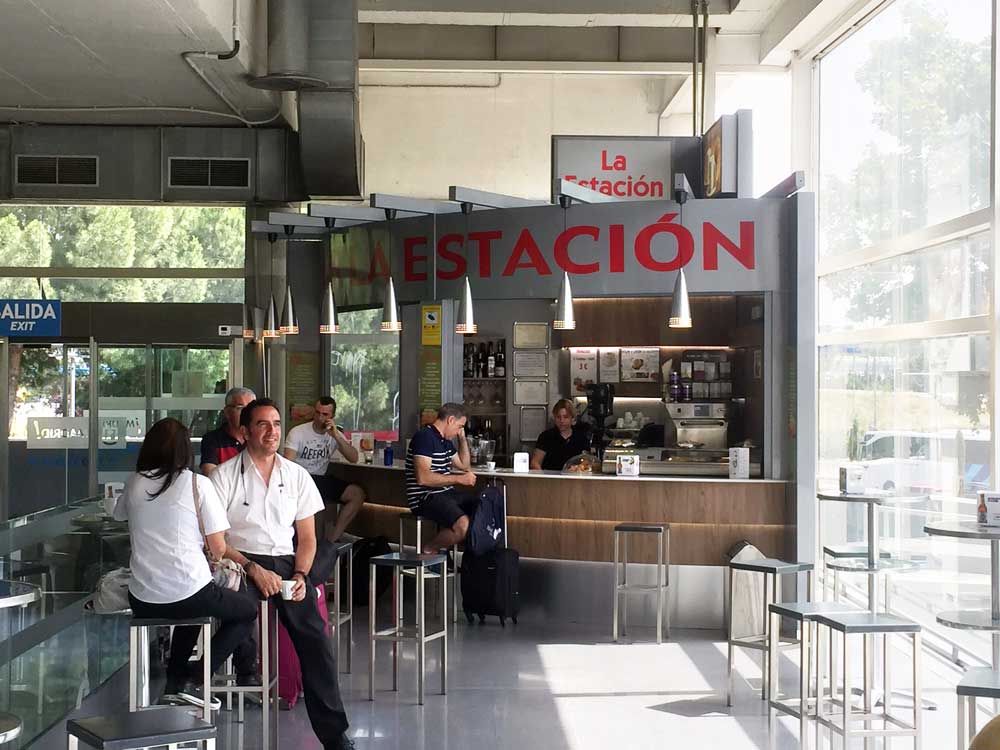 Now don’t be distracted by their newness. Although the station was recently renovated, no-frills soul was drawn into its blueprints. They’ve got backless stools up at the bar, napkins on the floor, and pictures of their food that look worse than their actual food.

If this is the last place you see in Madrid before heading off to your next destination, I can tell you now, you’ll be back.

Anyone who’s driven around Spain will remember the first time they went to a service station. I’m not talking about fast-food stops or vending machines in petrol stations: welcome to the roadside no-frills bar & restaurant. 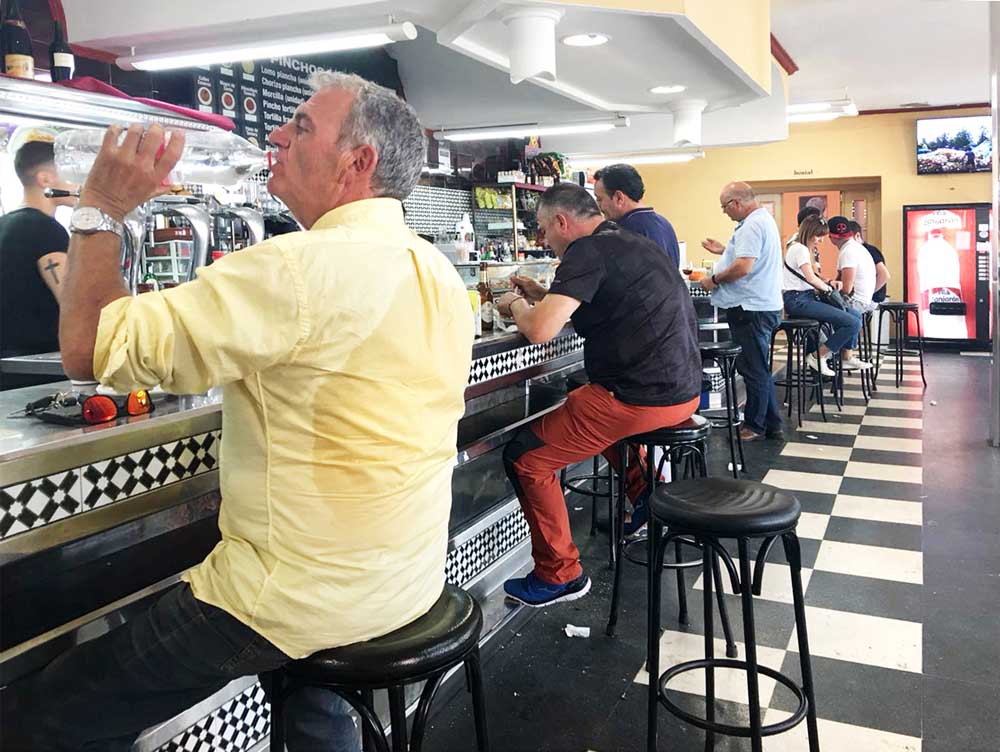 They’re family-run places that have stood the test of time and, despite the diversity of their clientele, they stick to local food provided by local farmers. They’ve got all the no-frills components and more, with their names being some of their least-frilly touches. My favourites include Area 42 and Km. 55: both based purely on where they’re located. 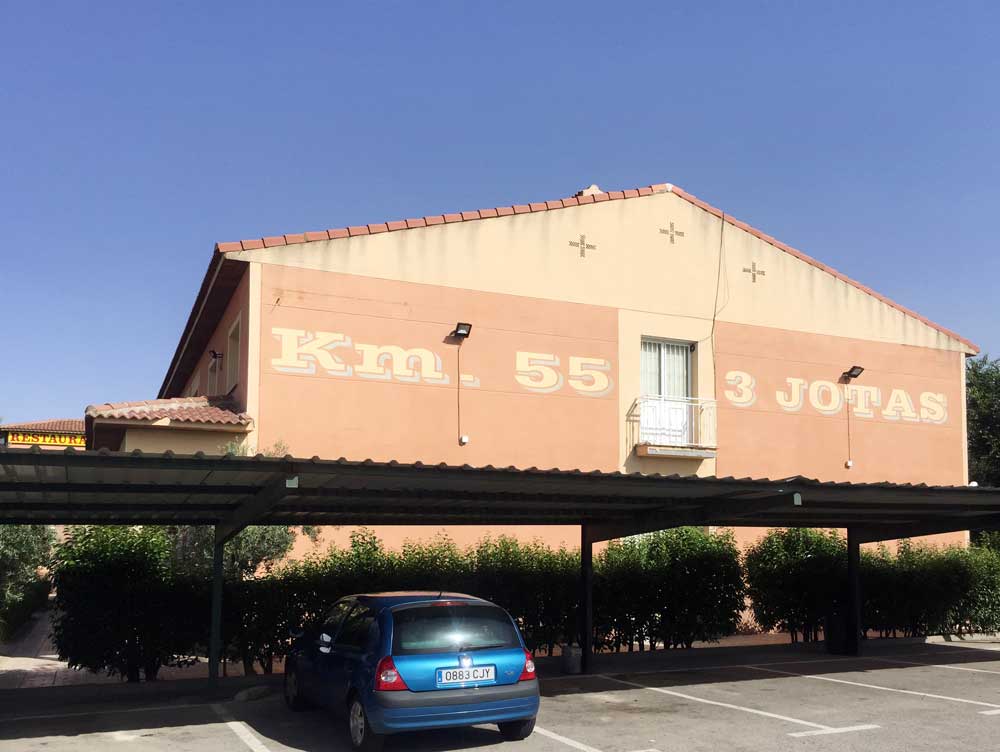 The no-frills service station restaurant always has a gift shop selling local produce. If you’re in Castilla-La Mancha, pick up some local cheese. On your way to Jaén? Check your service station for a bodega, and once you cross the Jaén border, purchase some olive oil made by a farmers’ cooperative. And you might as well browse the old sun-bleached flamenco CDs while you’re there – you never know what undiscovered local musicians you might stumble across. 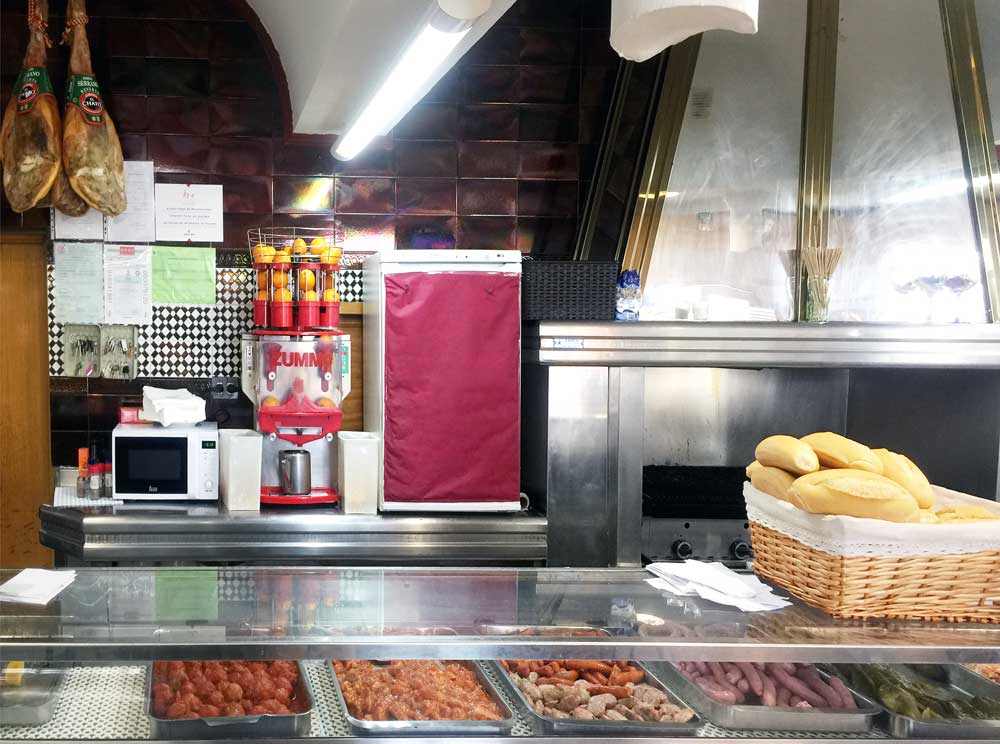 These sparse, roadside pit stops are an increasingly endangered species due to the invasion of chain petrol stations and mass-produced bars replacing them. So, the next time you need to break up your journey, choose the no-frills option and help support a local business.

Oh, and make no mistake: places labelled “pub” are not English or Irish pubs – they’re brothels.

Casa Pepe is another roadside no-frills bar, but this time it’s also a shrine to Franco. This small, crumbling building financed by far-right supporters is utterly shameless about harking back to Spain’s darkest days in living memory. 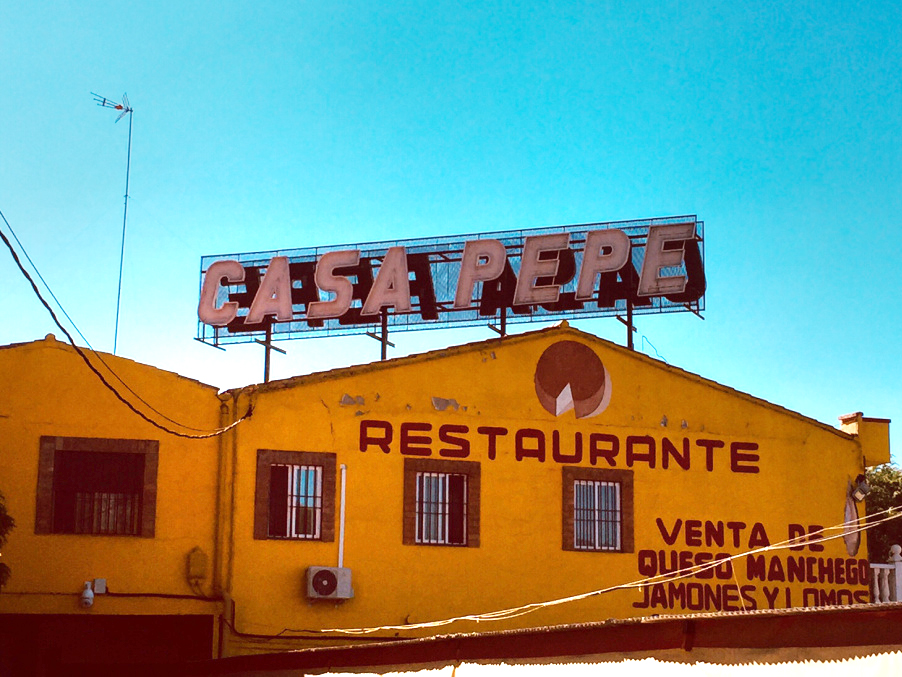 Pinned to the wall are bulls’ heads, uniforms from the dictatorship and framed photographs of Franco, and there are little Spanish flags adorning everything else you could imagine. 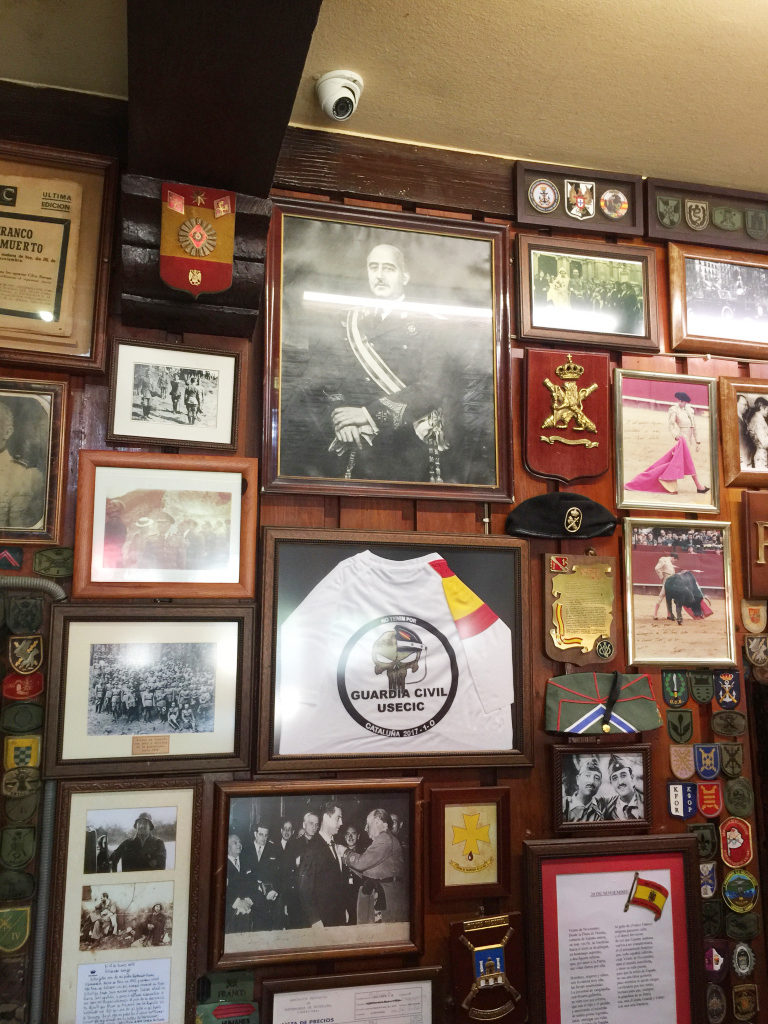 This is a living museum to Franco, which you’ve got about the length of a coffee to take in before getting weirded out and bolting it out of there.

THE BAR ON THE ‘HILL OF THE ANGELS’

My wife first brought me to the Cerro de los Ángeles (Hill of the Angels) for lunch, thinking I’d be impressed, but it turned out to be a forest. As she continued to lead me along an unmarked path through tall pine trees and stifling heat, I was starting to lose faith in her choice of where to eat.

All of a sudden, the path steepened and there was a decaying concrete bunker from the Spanish Civil War right there in front of us. 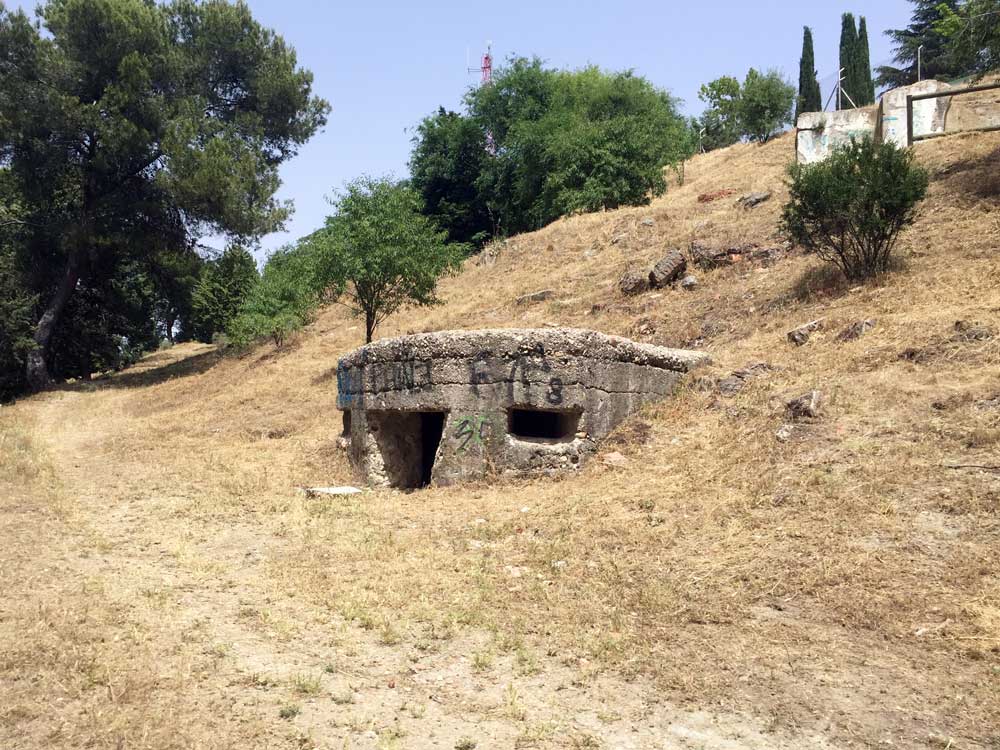 We walked on, past the bunker, until a large stone structure prowled into view, and there it was: the geographical centre of Spain, marked by a huge Rio de Janeiro-style statue of Jesus, reaching out into the vast, vacant square in front. 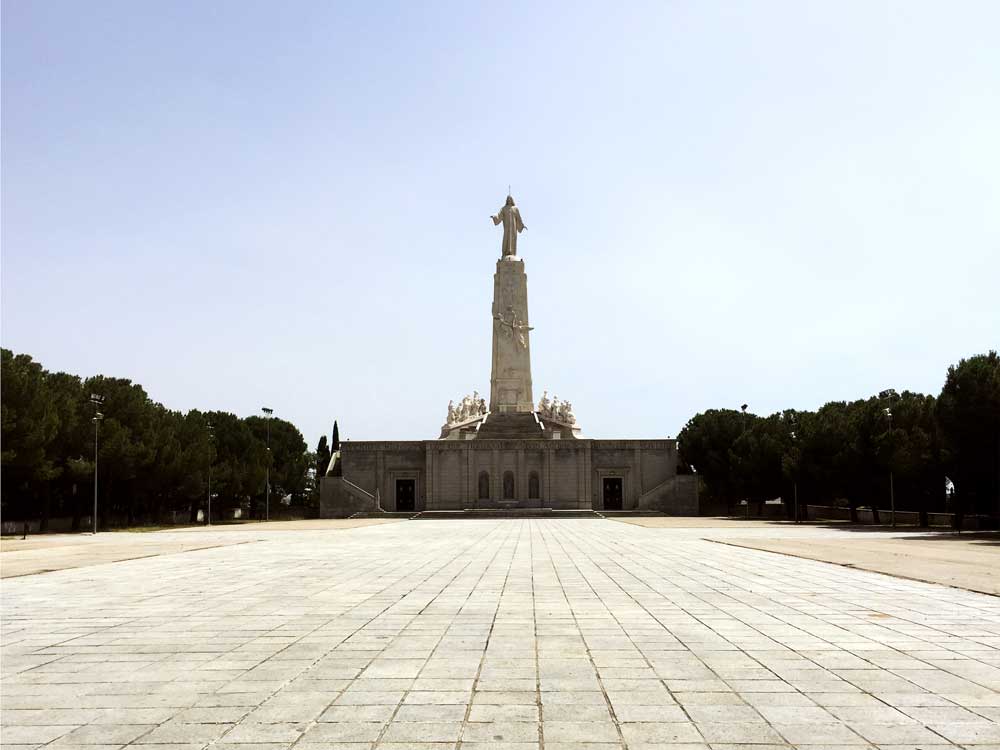 Inside this ostentatious monument built by Franco lives a church that still holds regular masses, with an entertaining Google review: “The priests weren’t motivated enough”.

If you turn around and look at what the statue of Jesus is pointing to, you’ll see the original statue from 1919 looking a little worse for wear. It was blasted by republican forces, with bullet marks still visible. There’s a convent nearby, whose door is also speckled with wounds from this ugly attack. 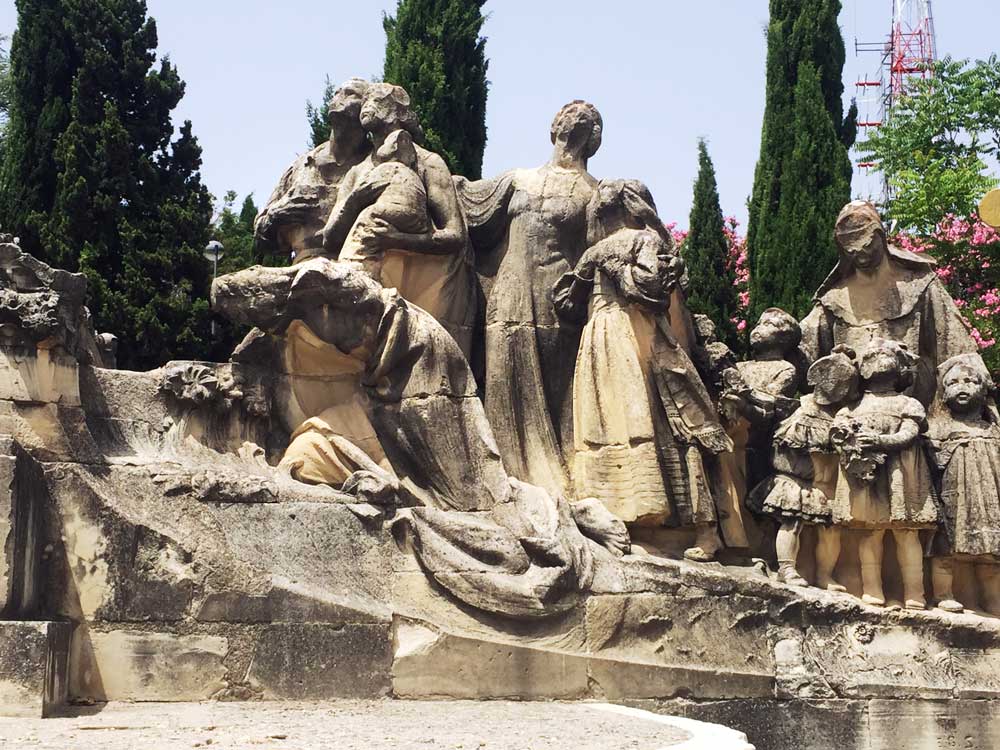 Opposite the convent is our trustworthy no frills bar, here to serve you after your epic climb towards the scorching sun. Once you have seen and admired the curiosities of the area, you can sit back and look out over the landscape, enjoying the open-air bar at the top of the hill. 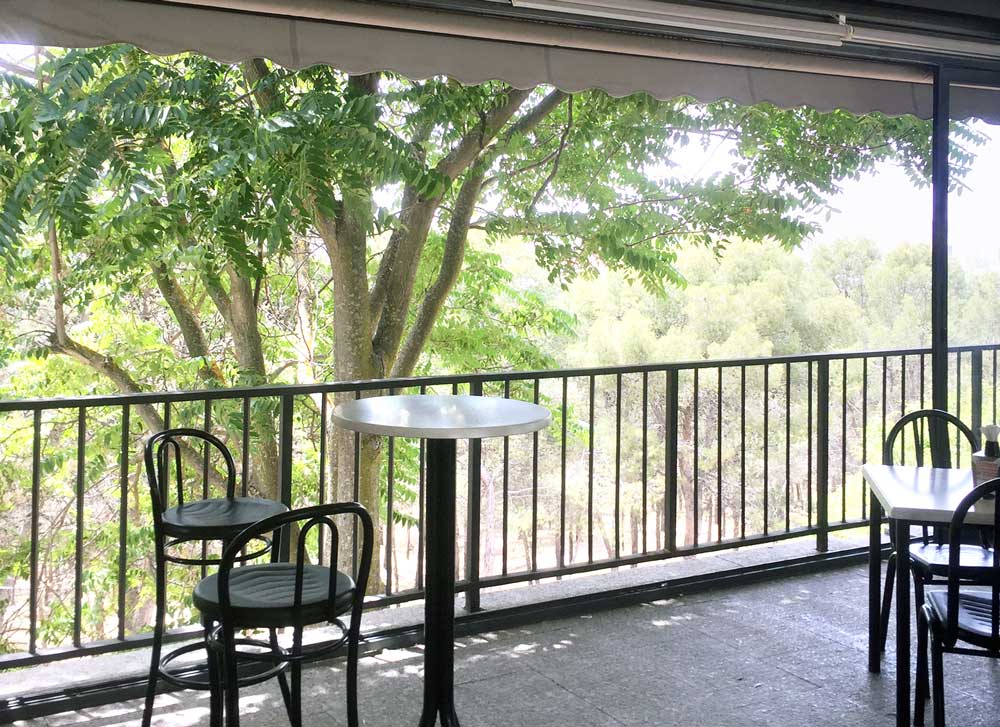 Cafetería Mirador Recuerdos, to use its full name, has all the usual no-frills charm I love: the lone waiter, the noisy coffee machine and the no-frills breakfast deals. After all the brutal conflict this spot once witnessed, the area is finally a place of tranquillity for all.

This article was written by Edward Lawrence. Read more about his love for the no-frills bar where it all began, in Volume I. 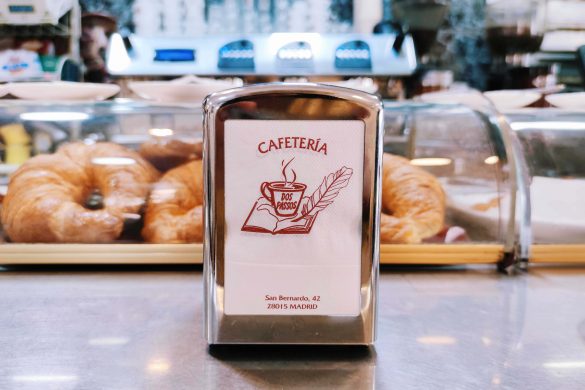 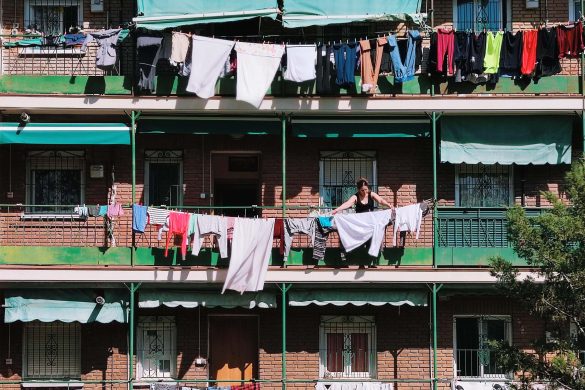