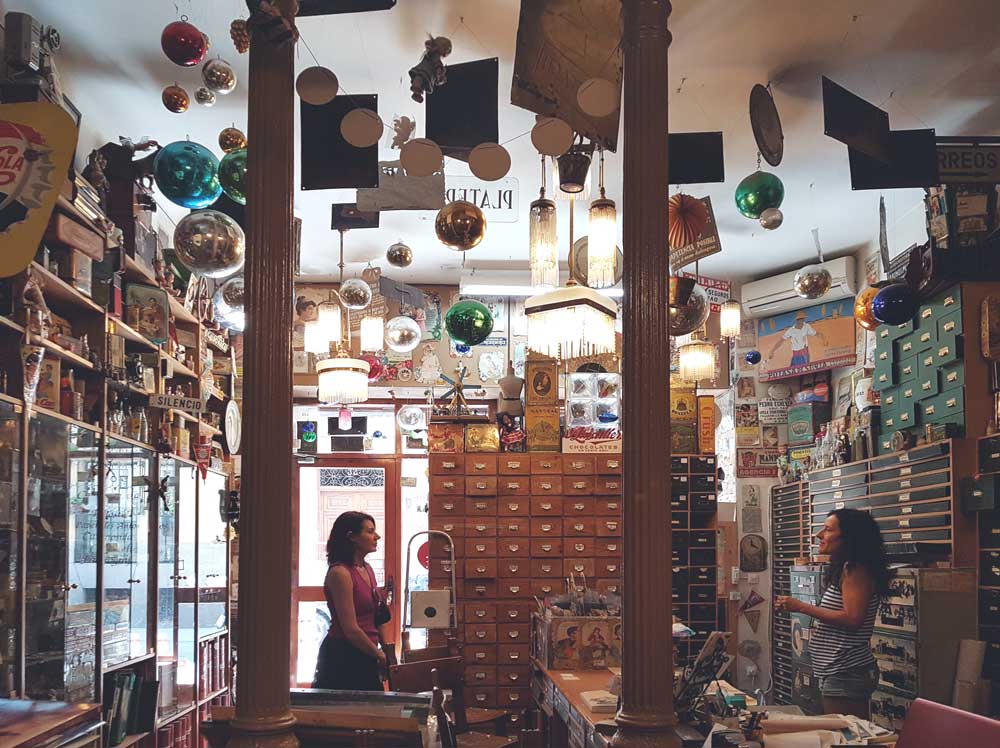 It was Friday morning last week, and Chueca was strangely quiet but for the hum of wheelie suitcases. Rainbow-clad bars and restaurants were gearing up for the party of the year, Gay Pride, which was about to descend upon the whole neighbourhood. Meanwhile, one little shop of odd collectables was winding down for the weekend, as it has done for the last 25 years.

This tiny shop, not far from Plaza Chueca, has around a quarter of a million objects, all of which once held a place in day-to-day life but were unexpectedly collected over the years. What makes this living museum so enchanting is how simple and humble the objects are. 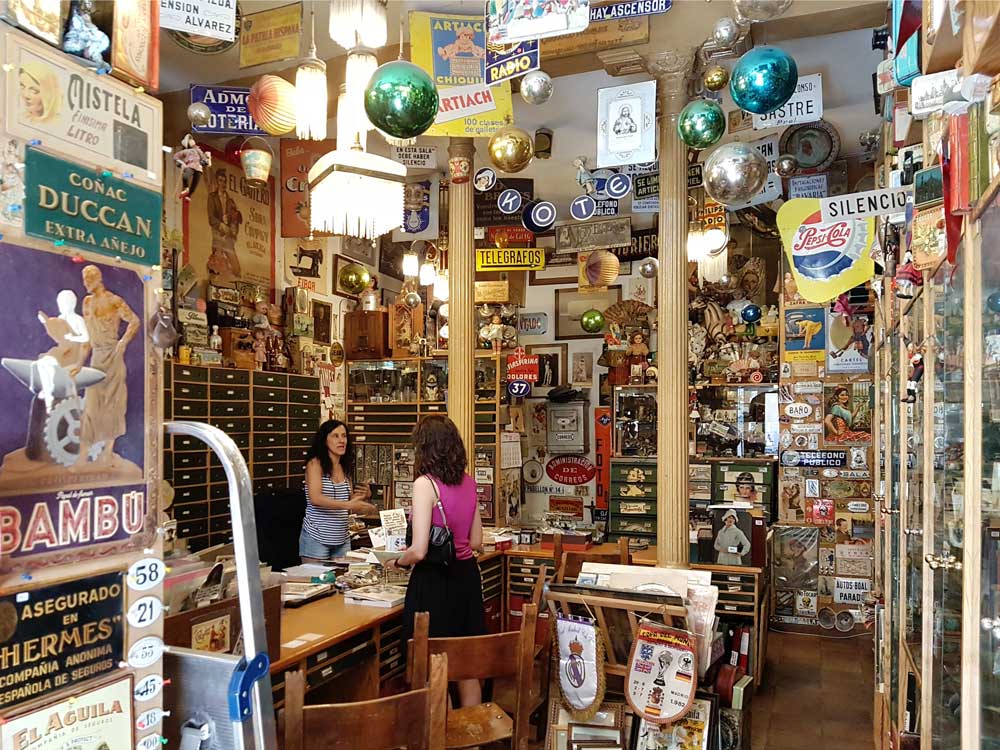 Take a very careful walk around the room, peering into each glass cabinet and pulling open a few drawers, and you’ll most likely spot something you once owned, or something that you recognise from your grandparents’ kitchen cupboards. 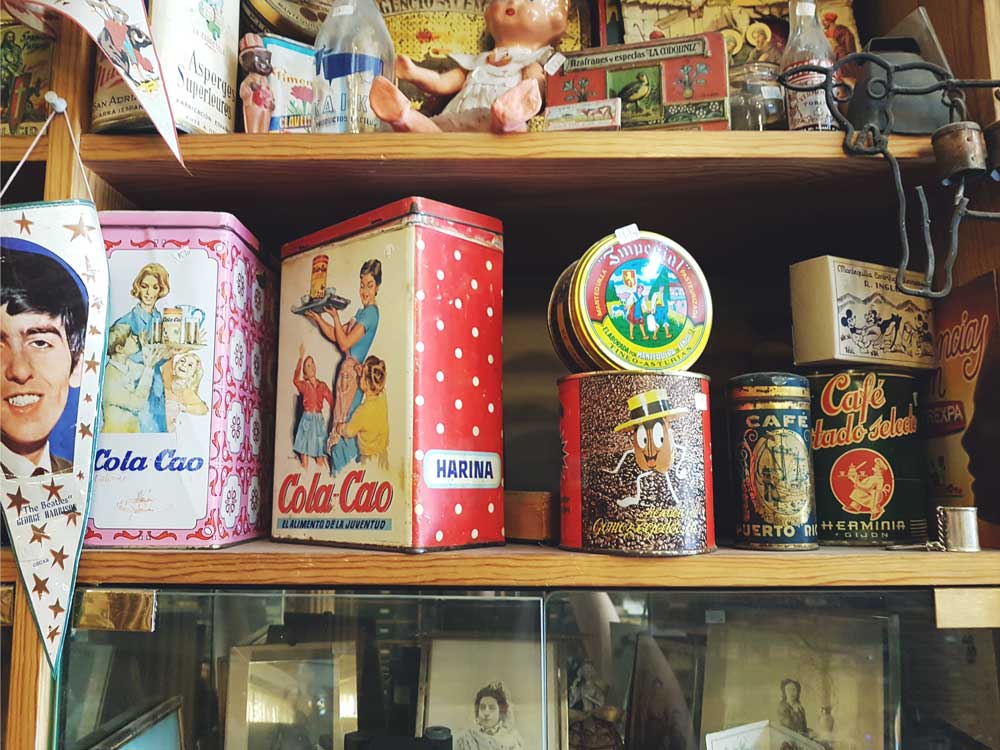 There are thousands of handwritten postcards from all around the world, plus hundreds of books, magazines and old maps. There are collections of miniature bottles and tins, Art Deco lamps, large baubles, vintage metal signs, ornate spoons and more. 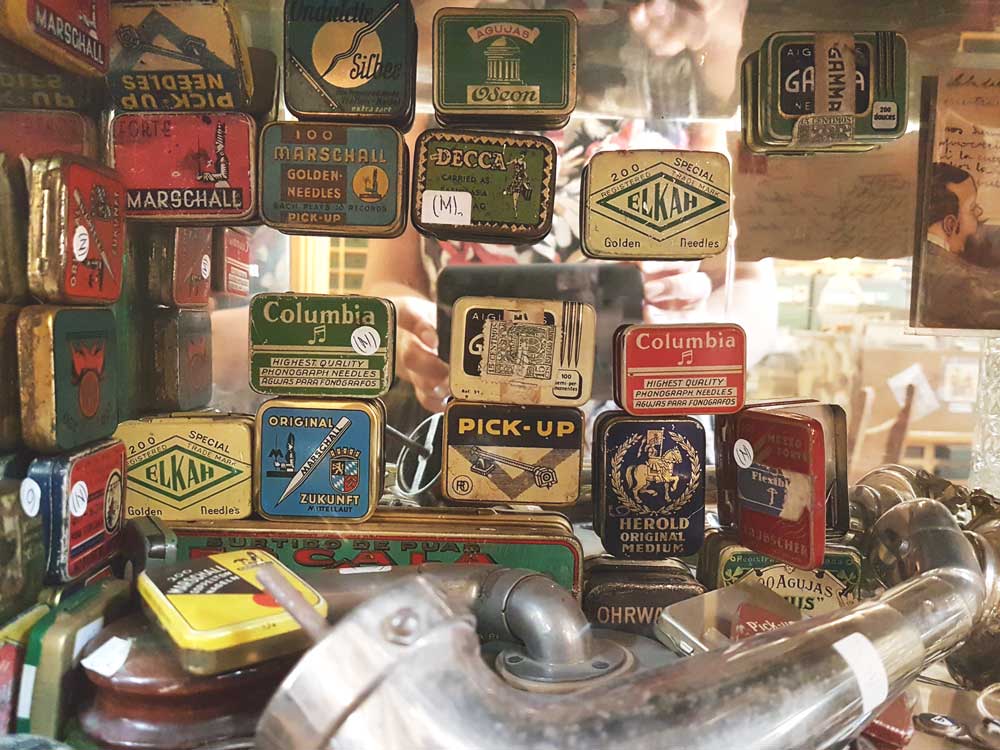 I asked Belén how she accumulated such a vast collection of these everyday objects, and she told me:

When an old person dies or moves into a nursing home and they don’t know what to do with the collections they’ve built up over the years – their children usually don’t want them, you know? – they give them to me! 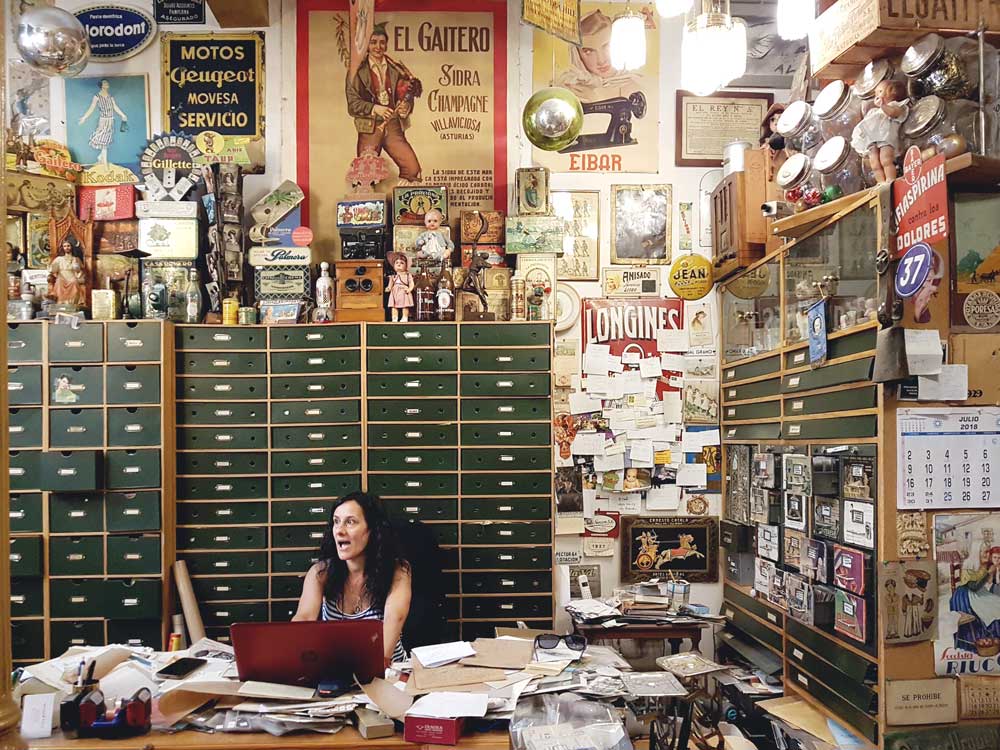 Belén’s father took over the centenarian collectables shop 25 years ago, eventually retiring and leaving it to her. She spent years working alongside her father, and so she knows this place like the back of her hand. Belén doesn’t necessarily look like someone who would keep such an eccentric, old shop like this; she’s young and fashionable, and yet she knows each and every object in the shop and can fetch it at lightning speed. 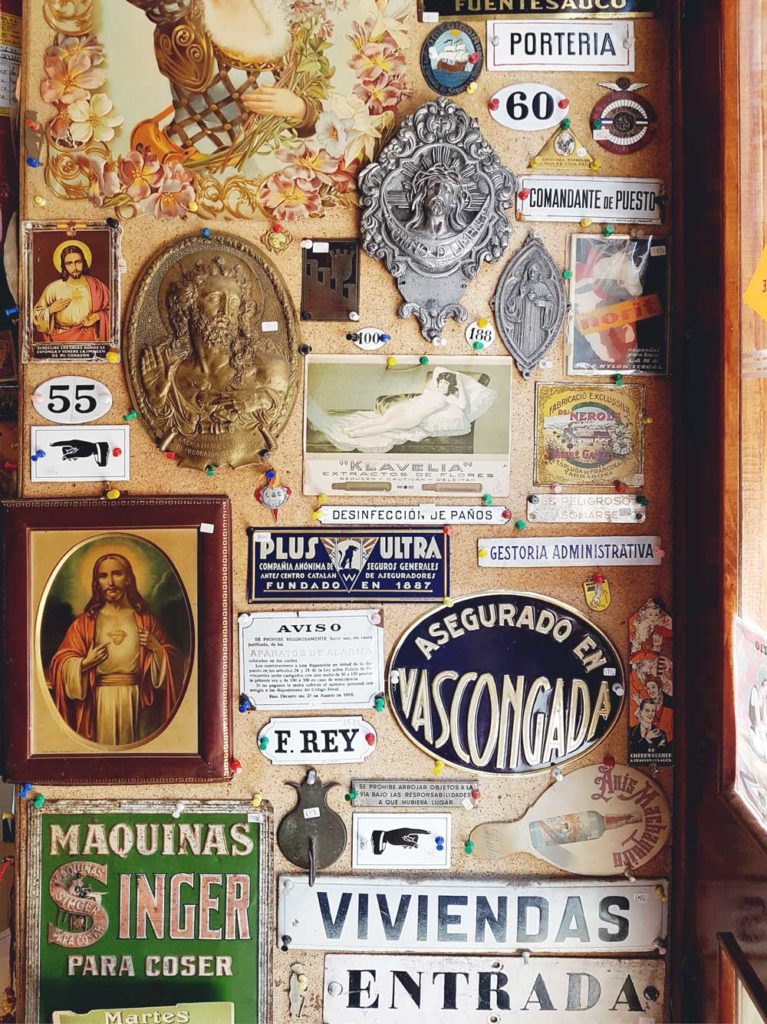 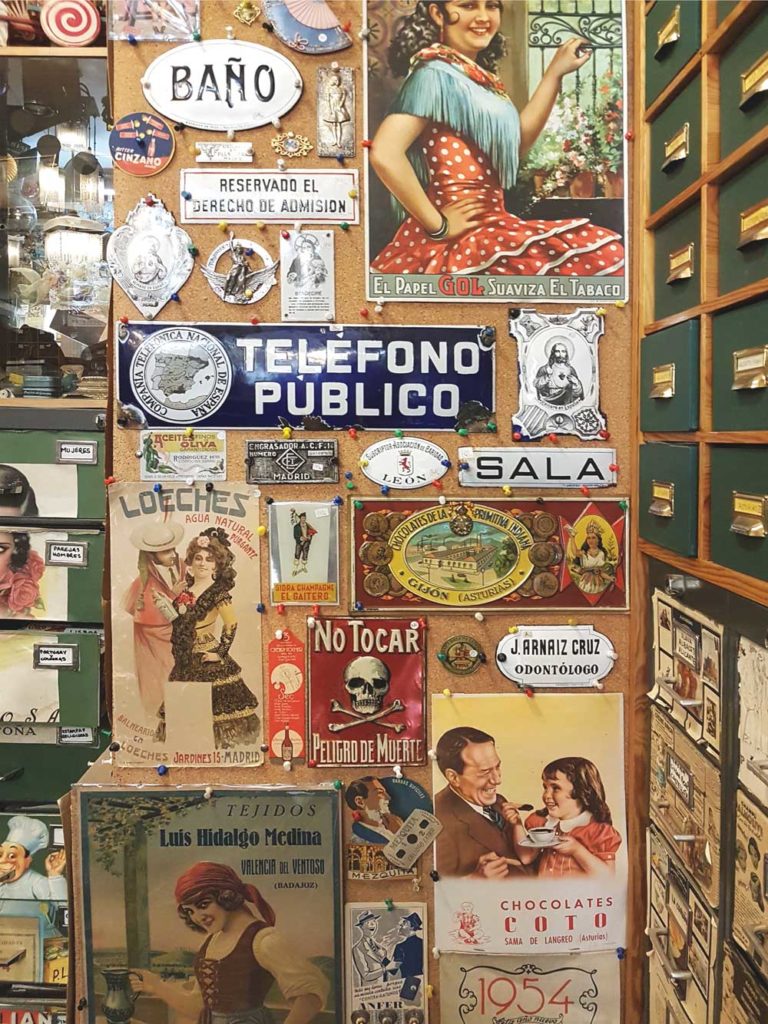 “What are you looking for?” she asks me. And I wonder: can I say absolutely anything? And will she know what I’m talking about?

I ask for English postcards from last century and, lo and behold, within less than a minute she’s shoved a pile of them into my hands… 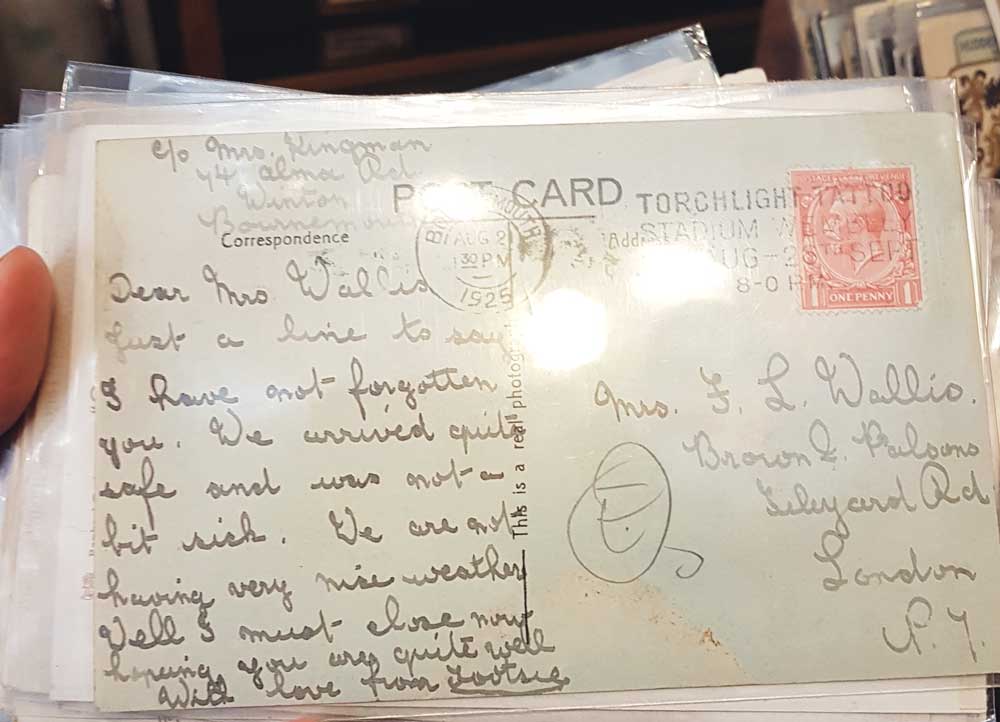 An elderly lady burst into the shop while we were there, with her husband trailing behind her. She began sifting through the objects in a panic, crying out “me encanta, oh me encanta!” (I love it!). The shop seemed to open the Pandora’s box of her childhood memories, and she stayed until the bitter end (as we did), until closing time at 2 pm, promising to come back very soon.

Belén is slowly photographing and uploading every object in Casa Postal onto a website supporting hundreds of stores just like hers. However, if you want to see the random objects that Madrileños once treasured dearly with your own eyes, then this living cabinet of nostalgic organised chaos might just give you an idea.

@isabeldiazayuso has just said one of the worst th