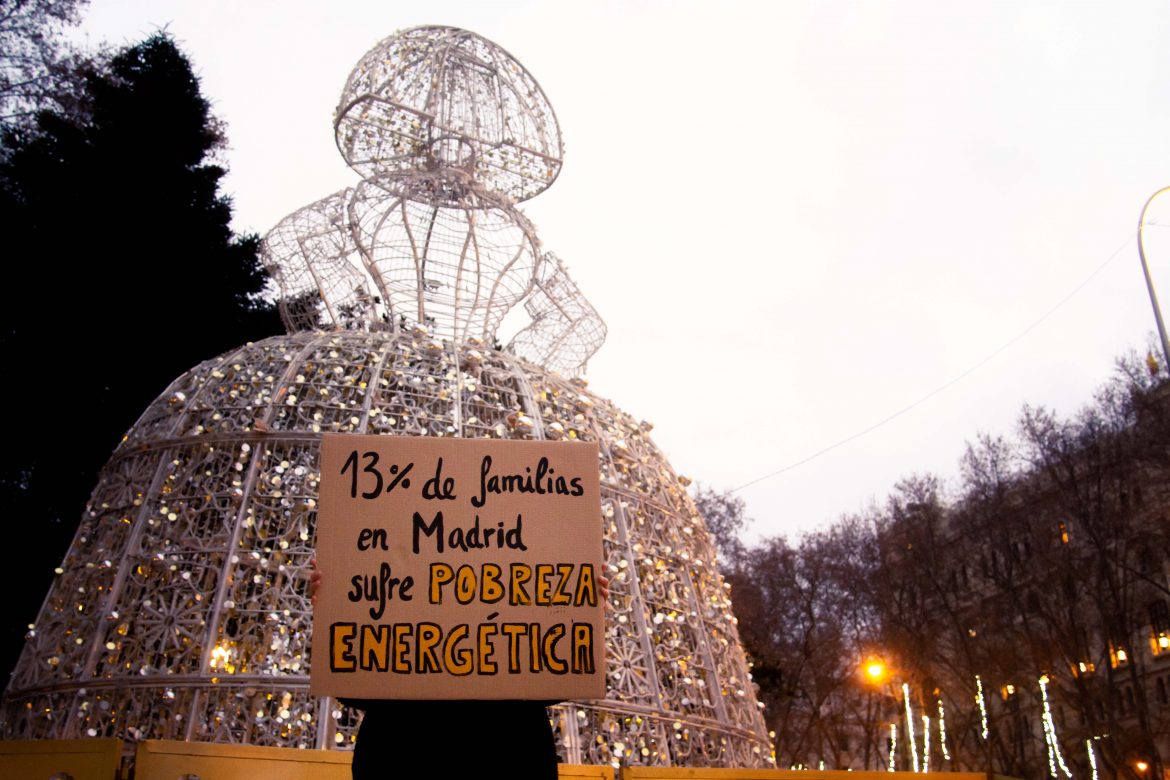 On Saturday night, a group of activists going under the name of Colectivo Corta Cables got in touch to tell me that they loved my work and that they had sabotaged numerous Christmas lights across Madrid. They asked me to share their video on Instagram, which has now been deleted by the platform, in protest against energy poverty in the city. I did, and it quickly became a trending topic.

“The Madrid City Council has spent 3.6 million euros on Christmas lights this year” the group quoted, “at a time when the price of electricity has reached its all-time high, and when 13% of Madrid households suffer from energy poverty. In addition, more than 4,000 people in the Cañada Real have been living without electricity since the Comunidad de Madrid and Naturgy cut the supply more than a year ago.”

Madrid is the richest comunidad in Spain with a GDP per capita of €35,913 euros per year (36% above the national average), but is also one of the most unequal regions in the country. In Spain, one in five citizens lives below the risk-of-poverty threshold (i.e. earning less than €9,009 euros per year. In 2018, there were 9.7 million people in this situation, according to the latest data from the INE. Of these, around one million are in Madrid.

In order to raise awareness of these issues and to demand that the local and regional government take action, Colectivo Corta Cables has sabotaged numerous decorative structures in the centre of Madrid by cutting off their electricity supply. A few nights ago, the group published a video showing how they did it: by climbing the trees, bridges and festive figures and simply cutting through a cable with secateurs, cutting out the lights of the entire structure.

We hope that having seen the lights turned off last night, citizens think of all the people who day after day cannot have theirs on at home.

The group says, “The City Council and the Community of Madrid clearly have enough money to cover the lighting and heating needs of the entire population, but they decide to waste it on decorations for the richest barrios instead of helping the families that need it most. We also condemn the electricity companies and the government of the Spanish state for not acting in the face of the criminal rise in electricity prices.”

Before the groups Instagram posts were deleted by the social media platform, there were dozens of comments disagreeing with the group’s method of activism. “It will cost even more to repair the lights” was a common comment, but what if the council simply doesn’t repair the lights, just like in the Cañada Real following a power cut 15 months ago?

The Christmas lights in Madrid this year are the most extravagant, expensive and blinding in the city’s history. They’re absurd and one can’t but feel that this lavish festive display is a middle finger to the thousands of families in the Cañada Real who will spend Christmas in complete darkness.

Colectivo Corta Cables warned that was just their first act of sabotage, implying that there are more to come. I look forward to seeing what’s next.

The Sabotage of Madrid’s Christmas lights redirects power to the people was last modified: December 22nd, 2021 by Madrid No Frills
Share:
Previous Post 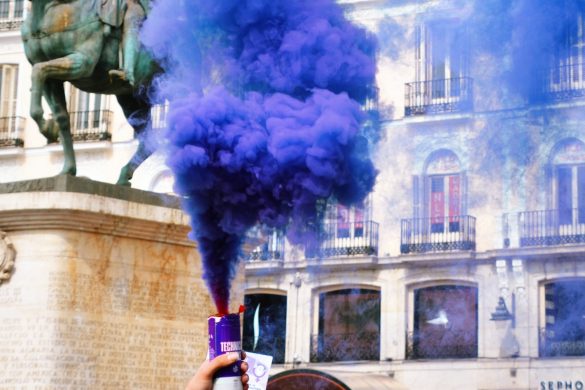