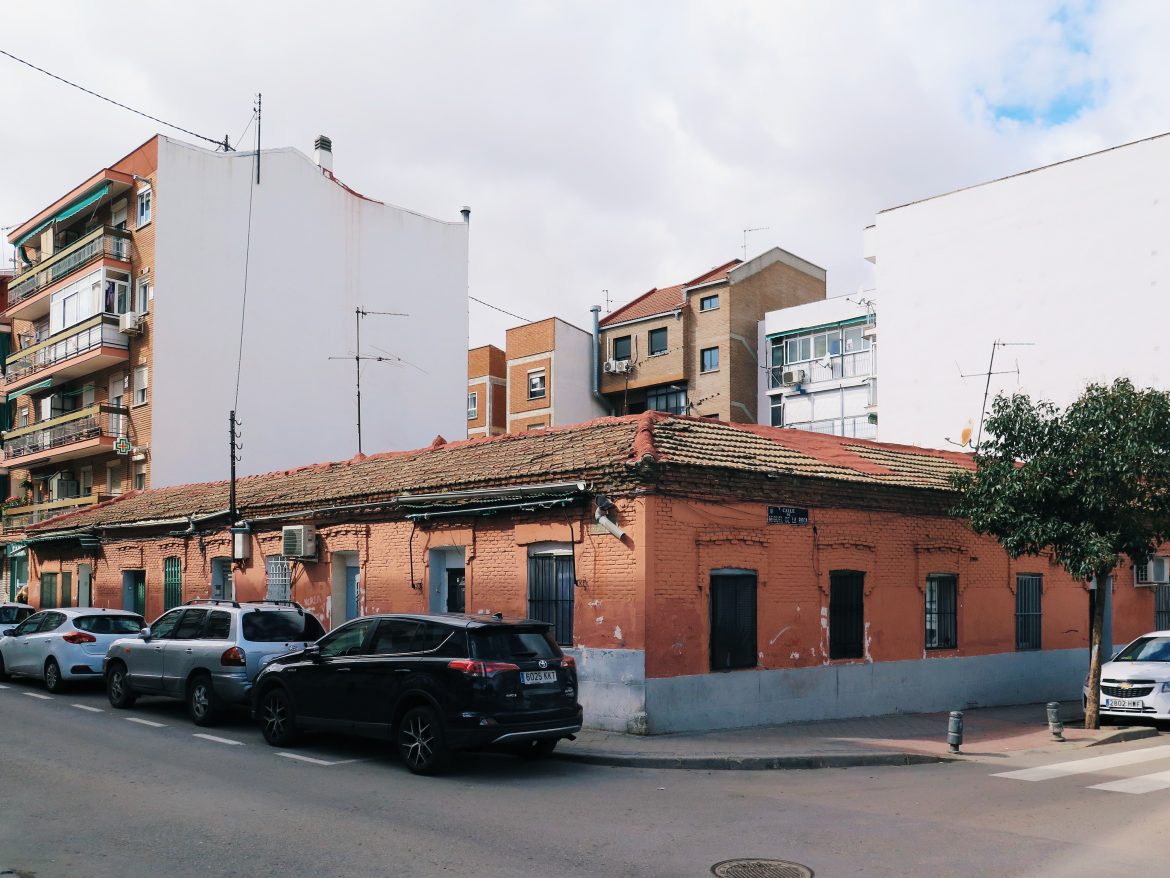 It is only by chance that a small bungalow in Madrid bearing the scars of Nazi shelling still survives. And it is only by pure coincidence that, just a decade ago, this fact came to light when photographer and archeologist Jose Latova stumbled across a photograph taken by the Hungarian war photographer Robert Capa. 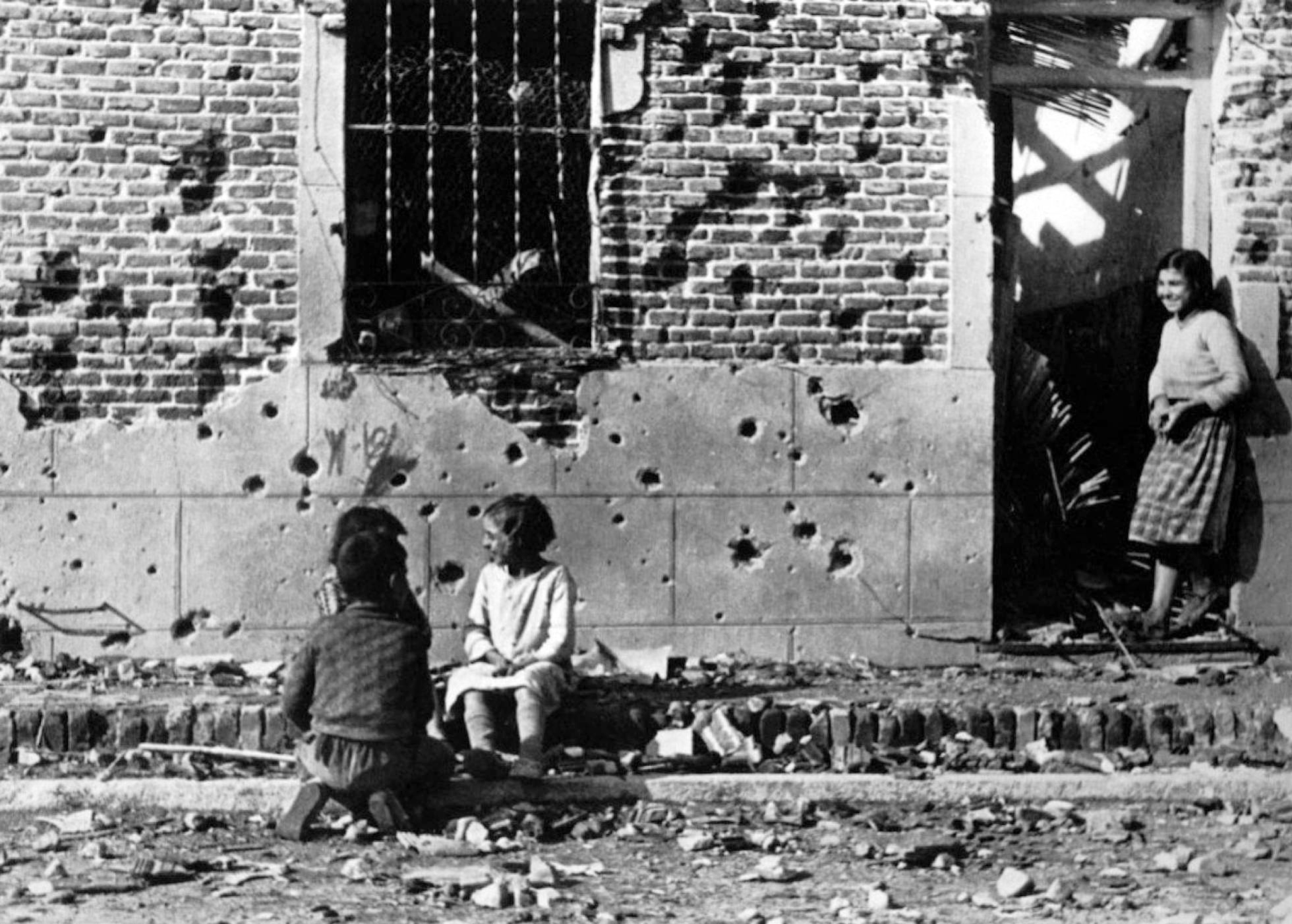 Continue reading my full reported story for Al Jazeera here, and continue scrolling for the rest…

It was in the winter of 1936, during the Spanish Civil War, that bombers sent by Hitler pummelled this little shrapnel-scarred building in Puente de Vallecas. Today, still scarred by shrapnel, 14 families live here. 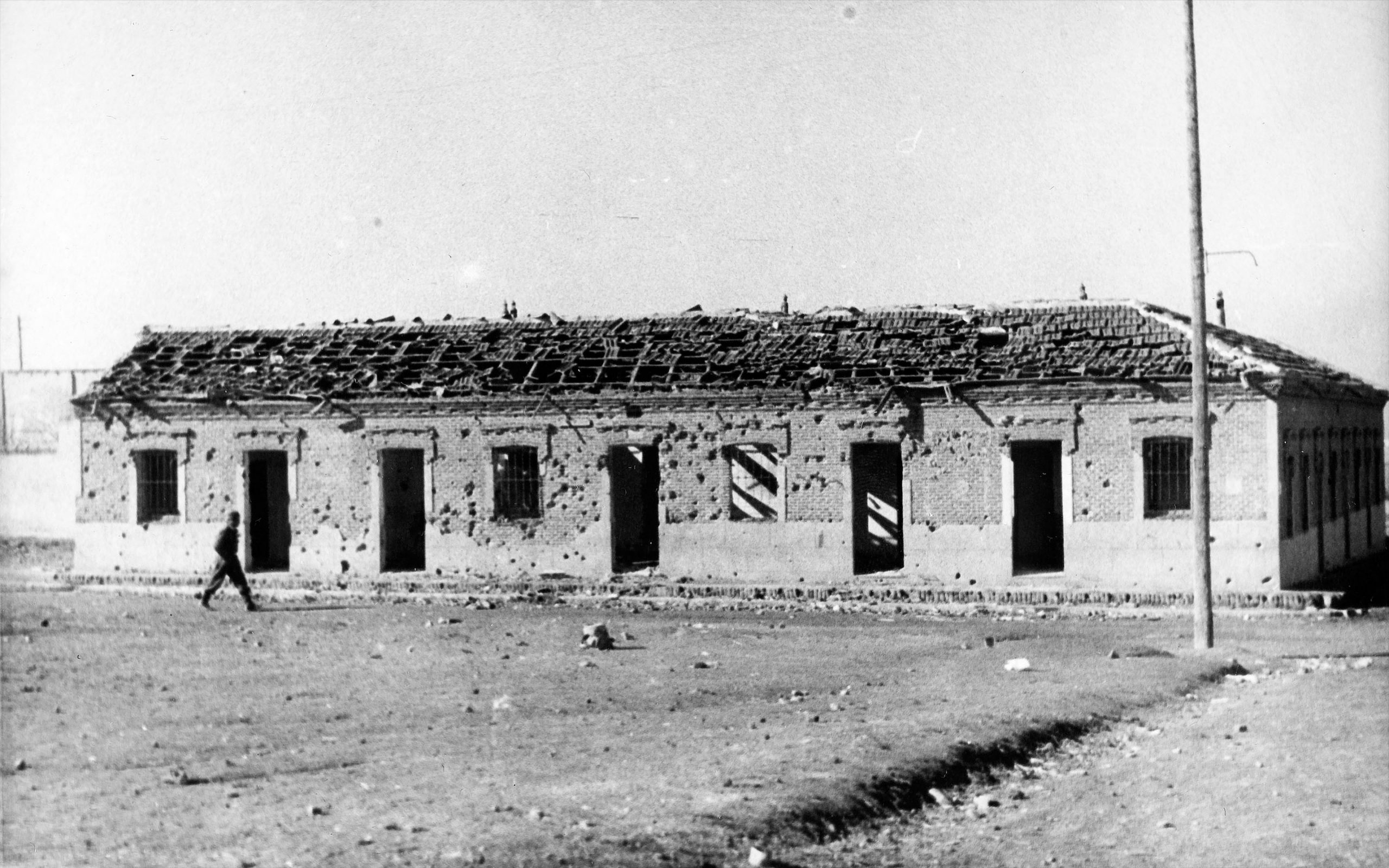 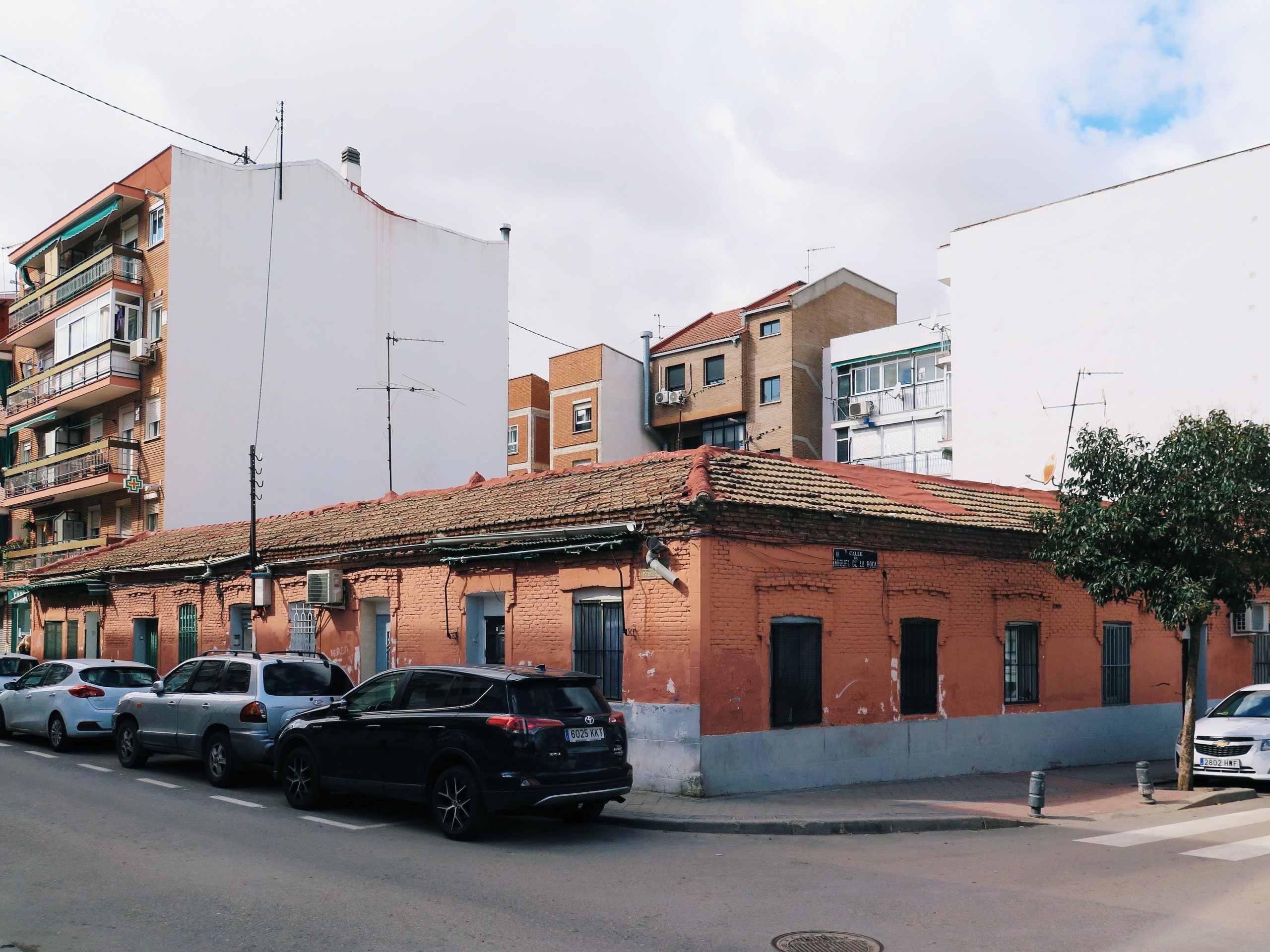 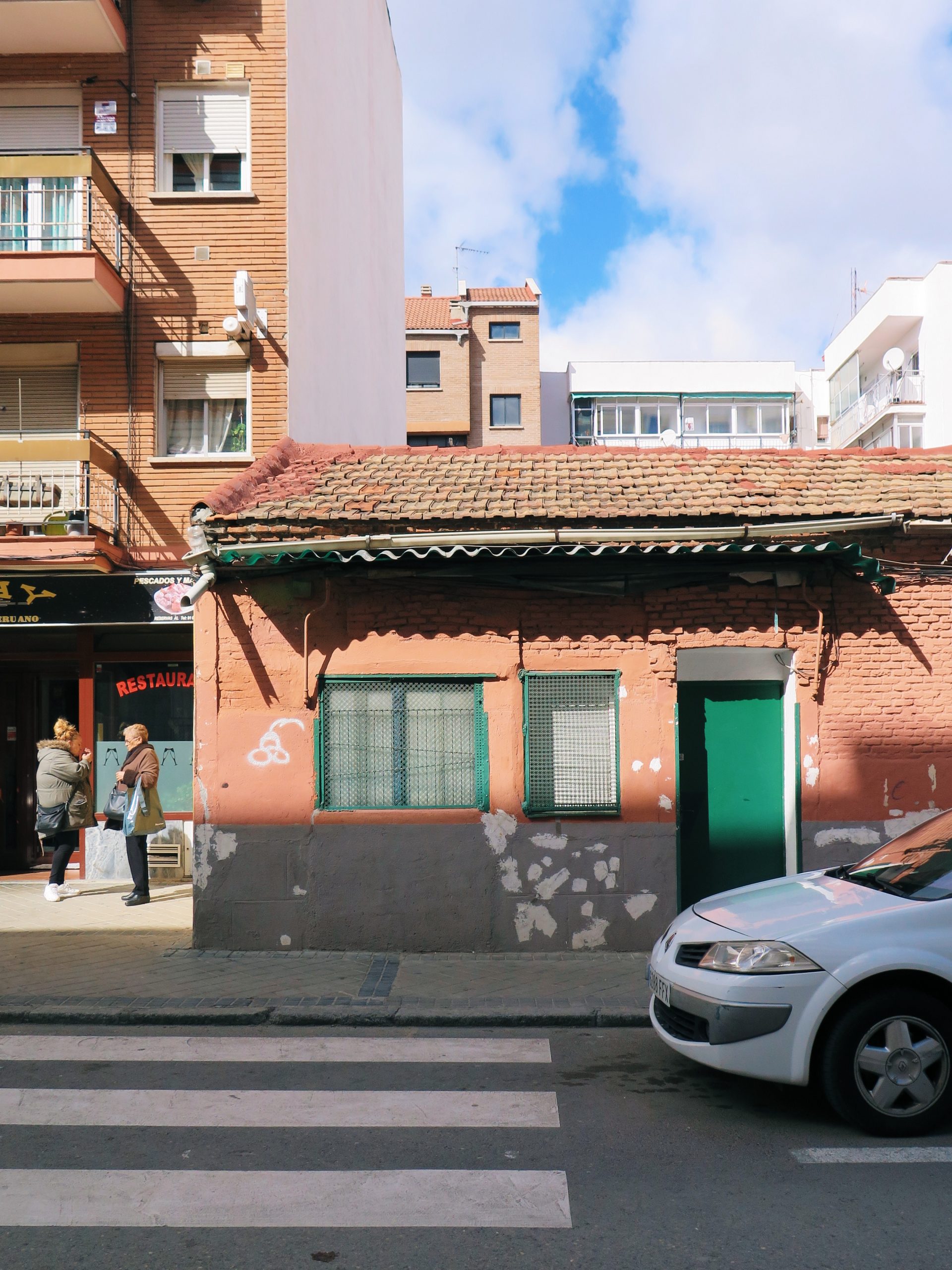 The little bullet-riddled building at Calle Peironcely 10 is about 100 years old and has many stories to tell. In fact, those stories are the reason it survives.

This building was set to be demolished but, at the last moment, its scars were identified as being from the war. With so few physical traces of the Spanish Civil War, the people behind the #salvapeironcely10 project began to fight for its preservation and won!

By summer, its 21 residents will be rehoused and this bungalow will be converted into a Spanish Civil War museum – the first of its kind.

It’s an honour to have seen this little house while it’s still a living museum, but I’m very glad that the residents will be moved into more modern housing because the condition of the building is unacceptable. 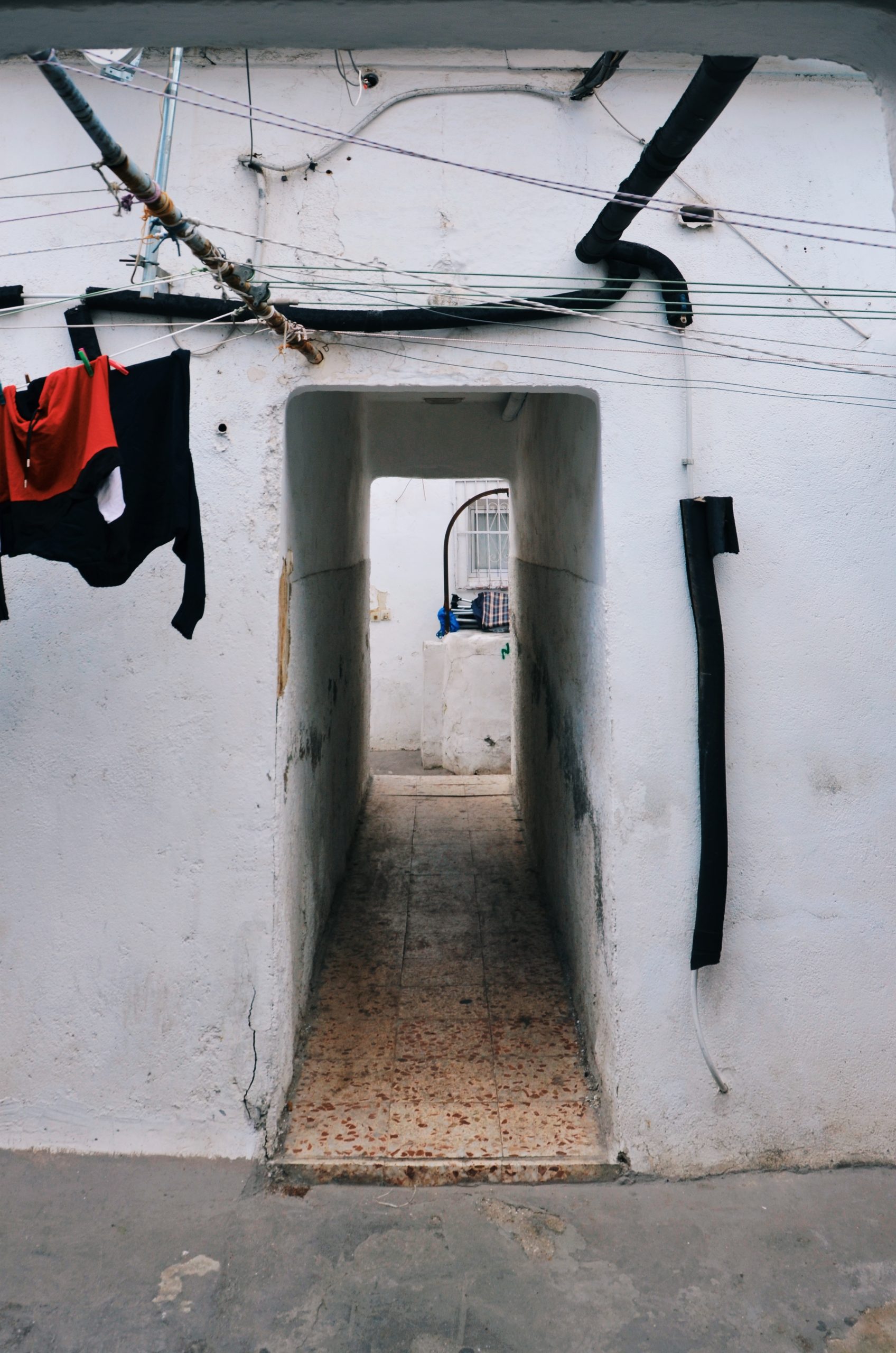 Just days before lockdown began, residents of the little shrapnel-scarred bungalow welcomed me into their homes and told me their stories. 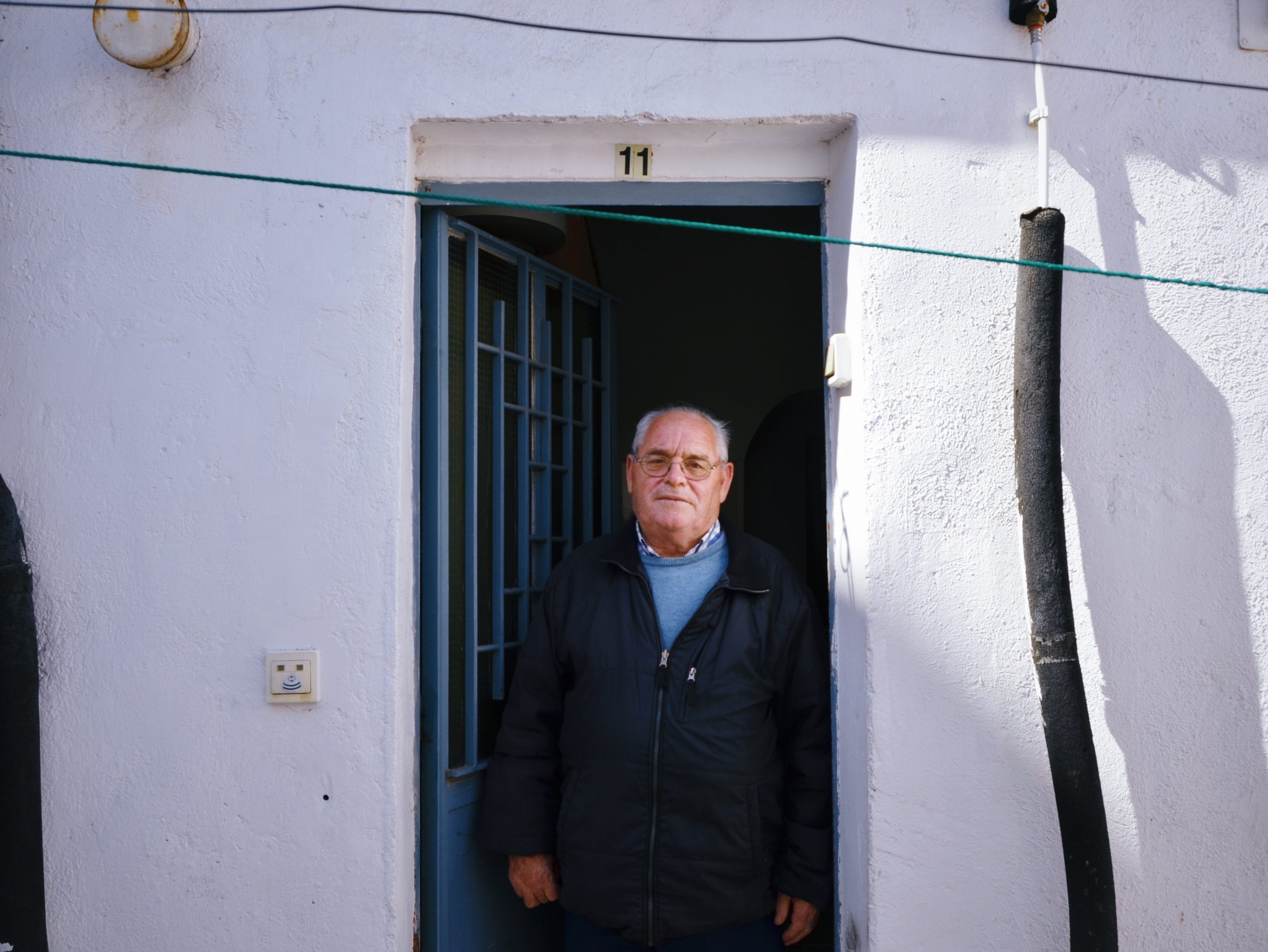 Juan has a thick Badajoz accent. He’s a retired construction worker who helped build some of Madrid’s skyscrapers. His father fought in the war that scarred his home, and his 12 grand children keep him busy.

Grillo’s front door is next to an old well – a luxury in the past. 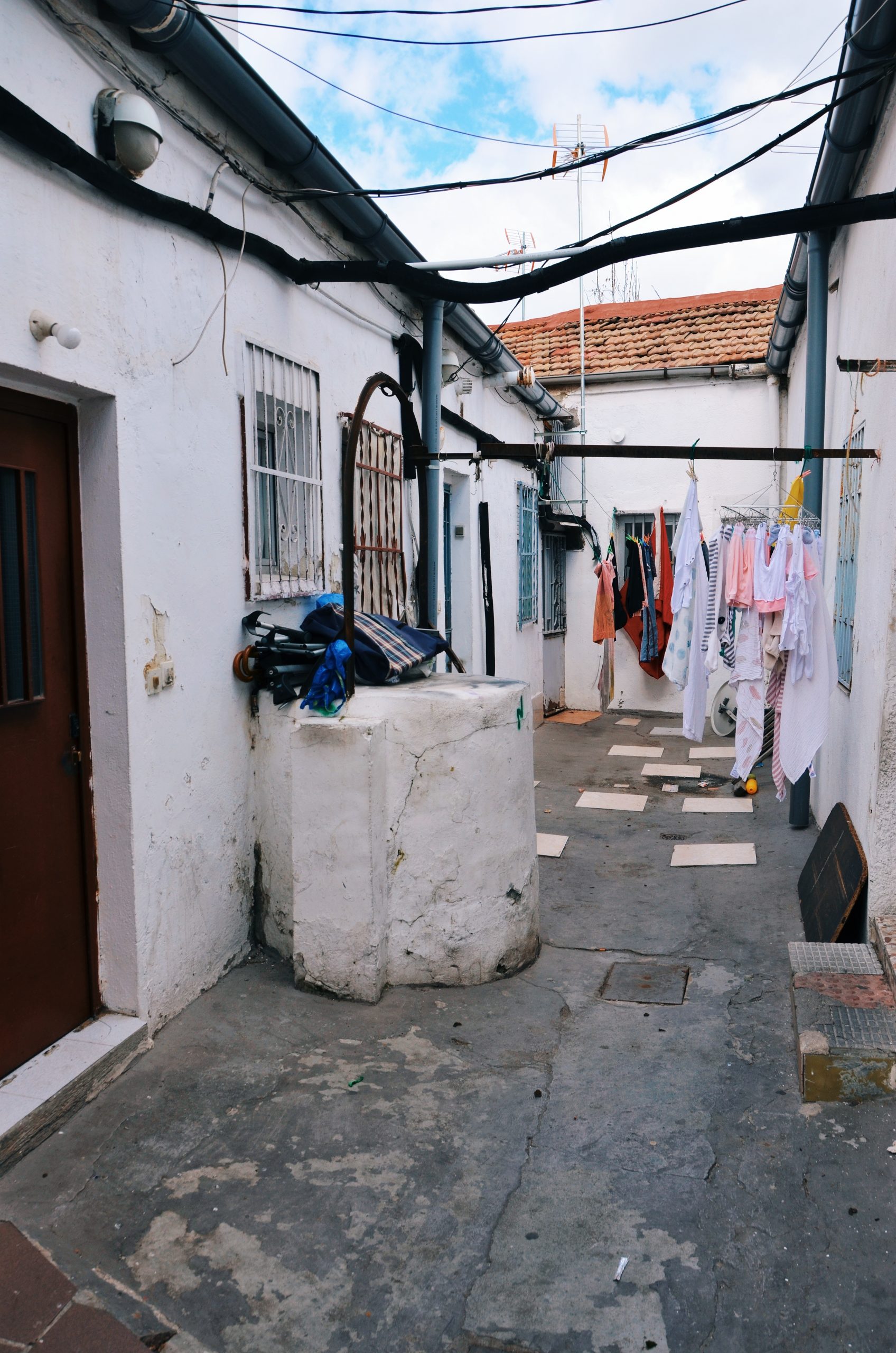 “The well is beautiful, but it brings damp into my house,” Grillo explains, unlocking his front door as he clutches a fresh baguette under his arm. Walking around his small home, he points to rising damp like an estate agent going through the motions, fully aware that he has already lost the sale.

Grillo, like his neighbours, endures quarantine in his cramped home for the duration of Spain’s state of emergency. 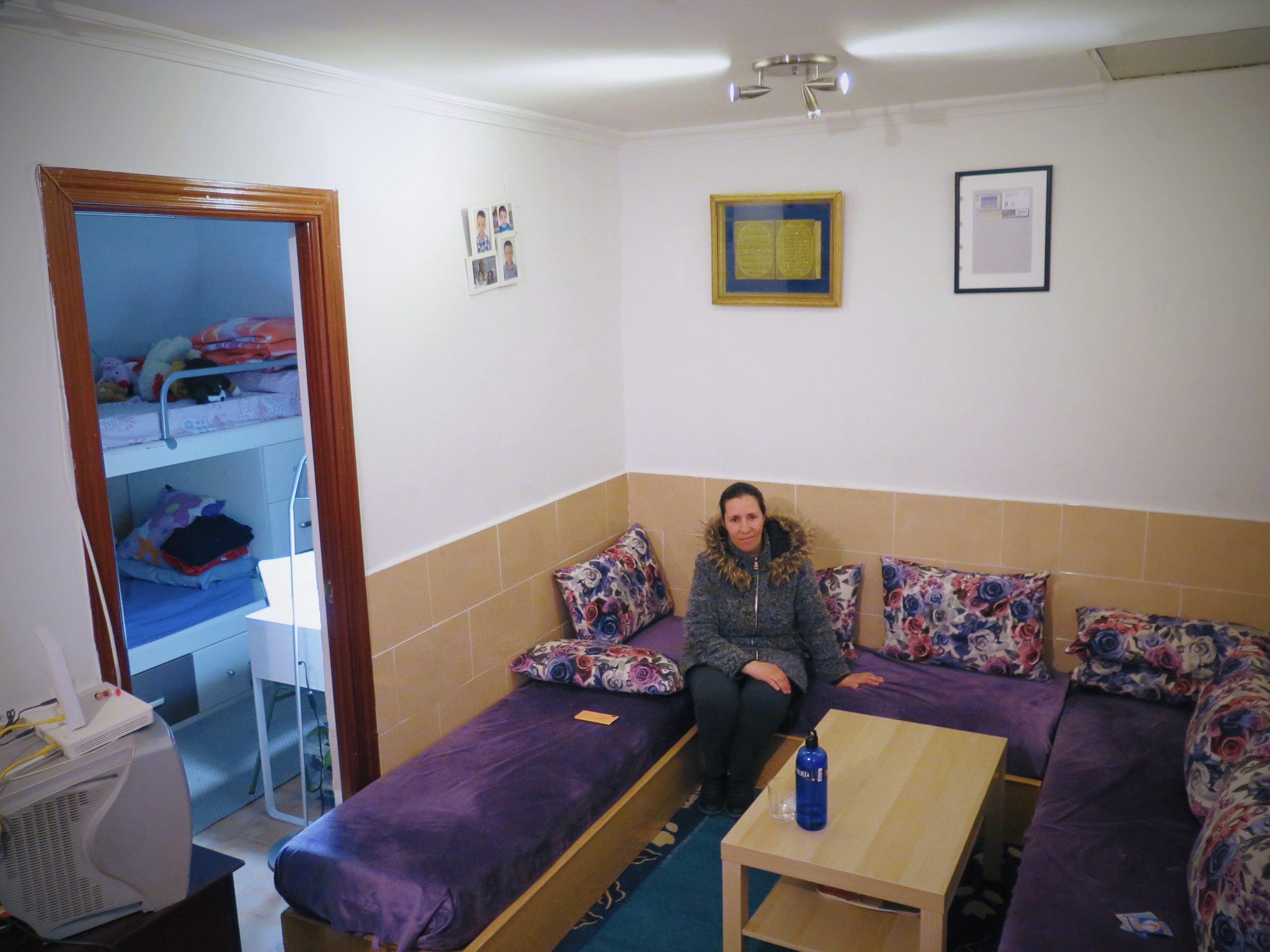 Loubna from Morocco is a singe mother of three young kids who go to the school opposite their house. They have never brought any of their friends home to play. 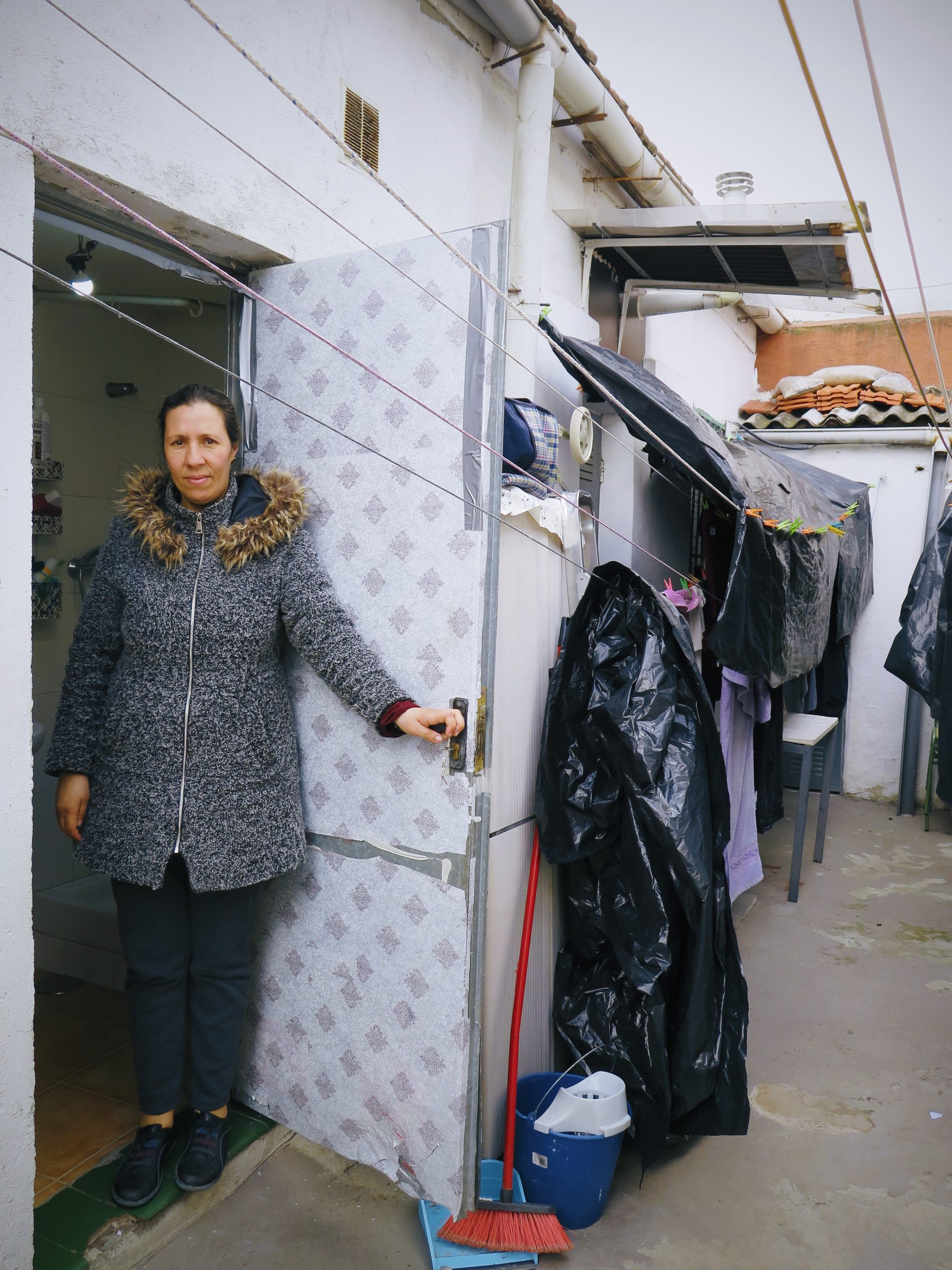 I use this old piece of wood for blocking the gap under my bathroom door to stop the rats coming in at night,” she explains. “The reality is, I feel like I’m living in a slum or even a third-world country at times.

The family share a bunk bed. She and her youngest child huddle together on the bottom bunk while the two oldest sleep top-to-toe above.

My eldest doesn’t understand why I choose for them to live here, especially when we visit my mother in Morocco and see her four-storey house. But despite where we live, they have better chances of receiving a good education here. 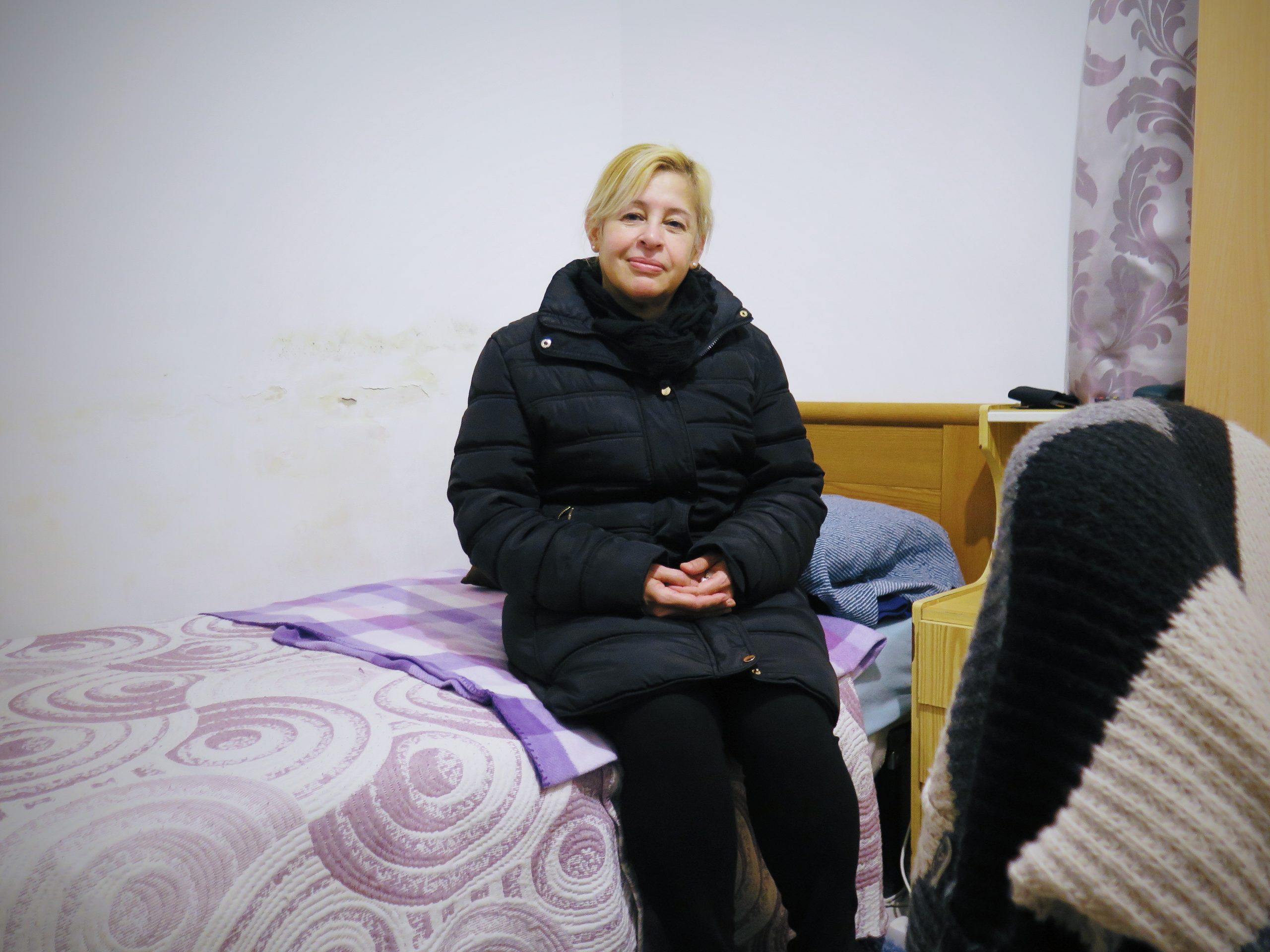 Ana from Colombia lives here with her son. She speaks fluent English – she loves languages – and is also studying to become a social worker. She’ll return to university when her arthritis gets better. She is slowly recovering from Covid-19.

Her bathroom ceiling is black and blistering with mould, and the damp has aggravated her arthritis to such an extent that she has had to postpone beginning her degree in social work.

I’ve tried many times to speak to the owner of this place about repairs, but it’s impossible because he only wants to receive our rent, and still doesn’t repair the house. The project to turn my house into a museum has helped a lot, because the government is finally listening to us. 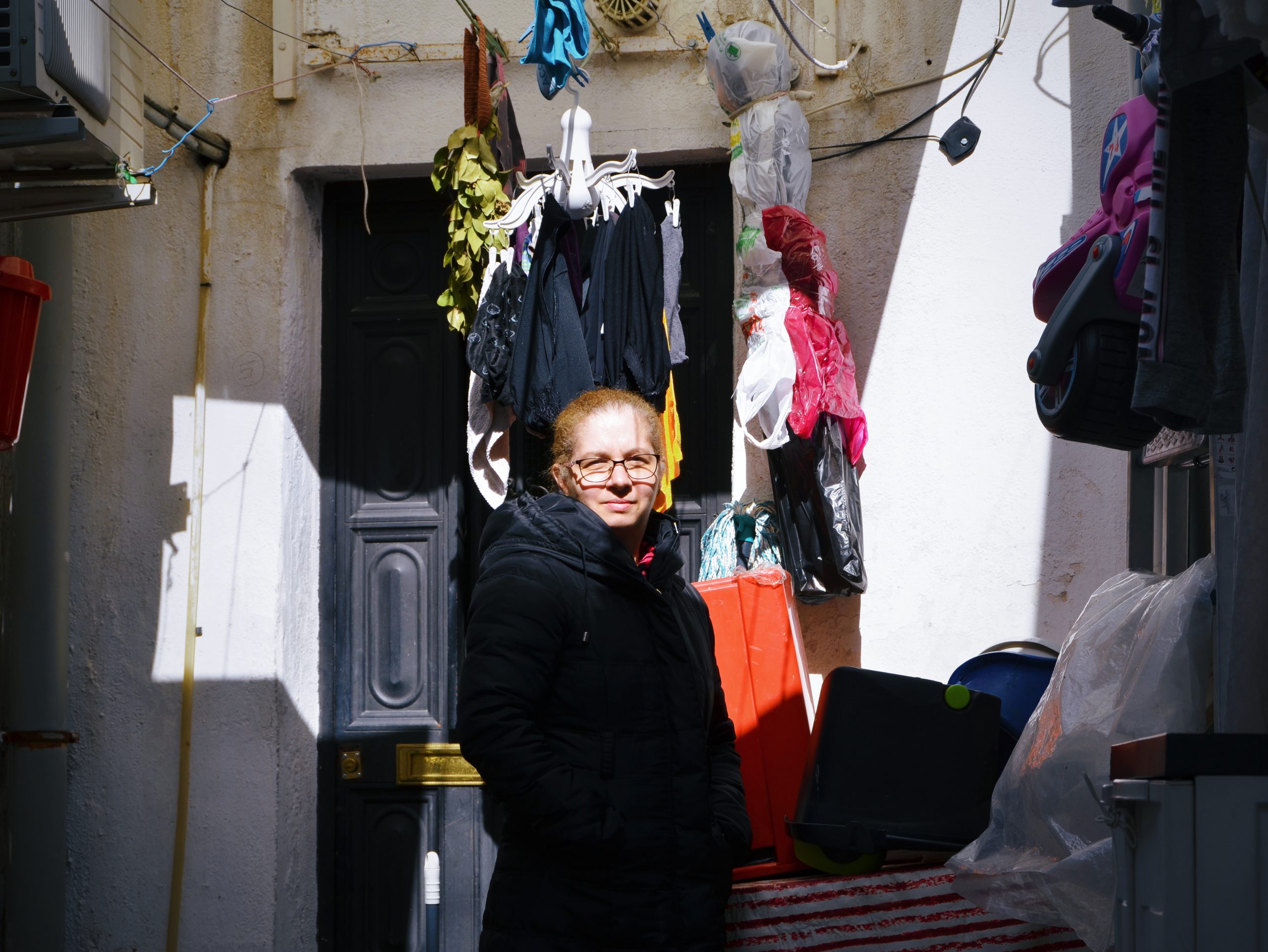 Mihaela, from Romania, is a mother of two very young kids. Her Bolivian husband, a construction worker, provides for the whole family as she has never found any reliable cleaning work.

My son is always asking me, ‘Mama, when are we going to move and have more space?’ The council is telling us we’ll move in June, but we’ve been waiting for years already and I’ve stopped believing anything they’re saying. It really gets me down.

Despite the substandard conditions in which Mihaela and her family are forced to live, she smiles and says:

To be honest, it’s an honour to be part of Spain’s history.

Each of these residents are quarantined inside their tiny homes with bullets buried in their walls. In June, they were set to move into new homes and for Pieroncely 10 to be converted into a Spanish Civil War museum. As Spain continues to unravel the events of the civil war, the expropriation of Peironcely 10 and its conversion into a museum are one step towards redressing the country’s wartime scars – perhaps helping them to finally heal. The coronavirus crisis has delayed this, but hopefully not for too long. 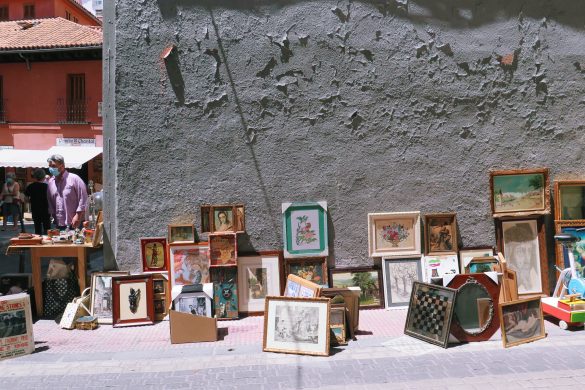 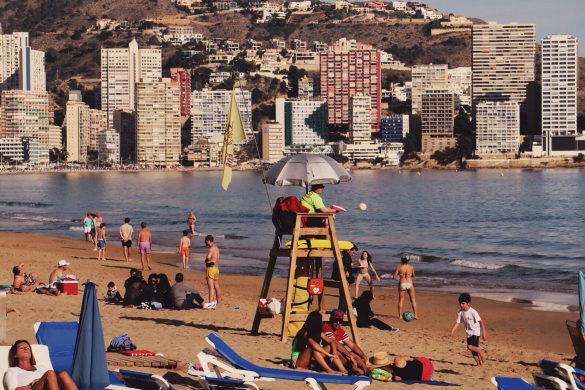