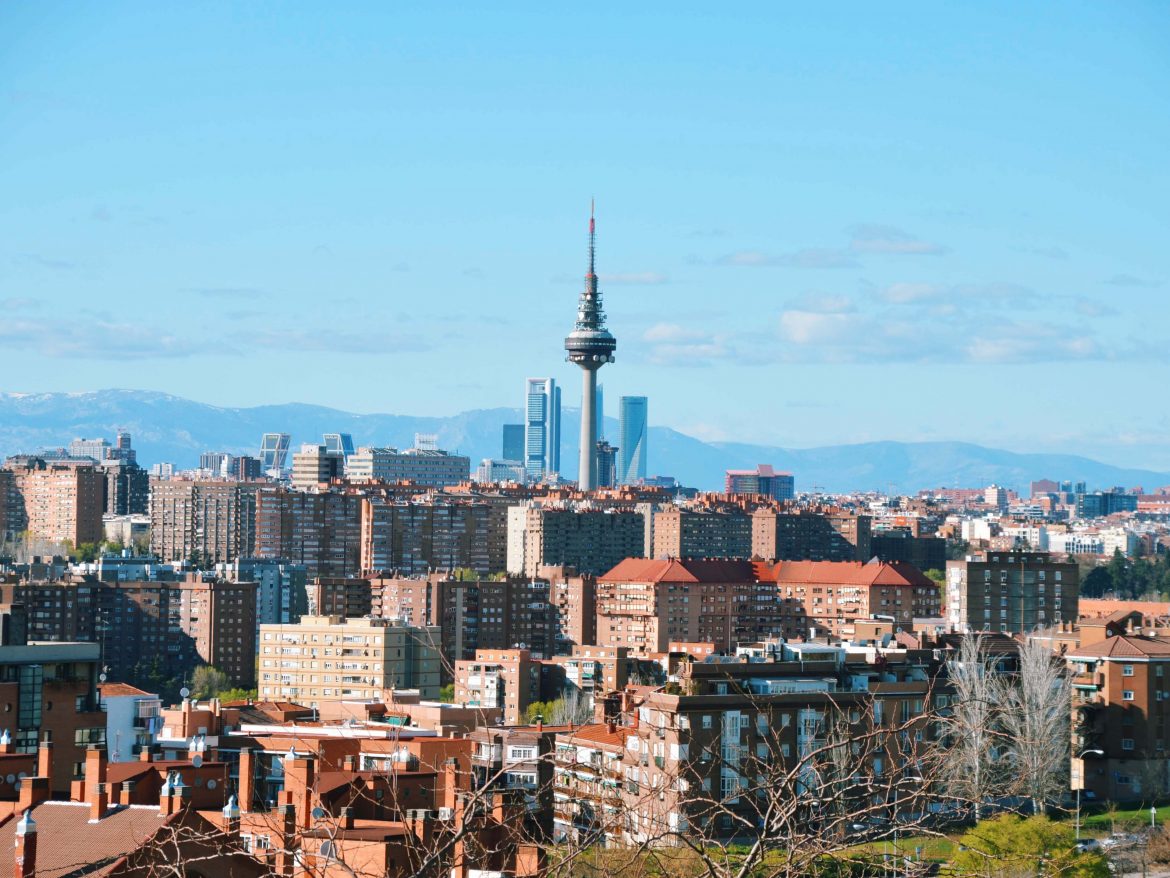 When it comes to environmental policies between the left and right in Madrid, the difference is a chasm. On the left, turning Madrid into a green capital and world leader in sustainability is one of the fundamental tenets of the campaign. On the other side, the views range from members of ultra-right Vox who deny climate change exists to the more mainstream – and arguably more dangerous – point of view of the PP, which is that climate change is happening, it just doesn’t really matter.

More people die from contamination in Madrid than any other European city.

A study published in January 2021 measured contamination levels in cities all across Europe. The Madrid metropolitan area ranked number one in two categories: highest concentrations of nitrogen dioxide and the highest number of preventable deaths from that same contamination (Barcelona was the next Spanish city on the list at number six). Nitrogen dioxide contamination primarily comes from car exhaust.

Left-wing policies restricting traffic in the Madrid region – such as Madrid Central – have lowered nitrogen dioxide levels for the first time in years. The PP not only denies the benefit, but they’ve brazenly and falsely claimed that restricting traffic has made contamination levels worse.

Up to 5,000 madrileños die every year from causes related to air pollution.

The estimates for annual deaths in Madrid attributed to contamination range from about 1,000– 5,000. It’s not easy pinpointing the exact number, but virtually every scientific organisation in Spain and Europe agrees that contamination does lead to deaths. Ayuso, however, refuses to believe it.

“It’s not like anyone has died from [air pollution],” she responded in an interview when questioned about Madrid’s contamination levels. “I don’t want to cause a public health alarm, because there isn’t one… cities are going to keep [getting greener], but people aren’t going to die, since what is broadcast often isn’t true.”

Her stark denial fits right in with PP policies, such as removing bicycle lanes and attempting to dismantle Madrid Central. “In the last two years [since Ayuso’s election], our city has gone from being an international reference point in transportation and the fight against contamination to complete inaction,” pointed out the spokesperson of left-wing Más Madrid.

Tonnes and tonnes of garbage is burned in Madrid, and those who live nearby deal with the consequences.

A rash decision from the regional PP government in 2008 led to ill-prepared municipalities taking care of their own garbage collection, many of which had to burn their rubbish instead of separating or recycling it. Over a decade later, the dump that belongs to the city of Madrid was on track to close down it’s incinerator by 2025 in favour of sustainable disposal, until a plan approved by Ayuso and Madrid’s PP mayor in 2019 brought in all of the neighbouring cities’ trash to Madrid as well.

The dump, which is located just outside of Vallecas, right next to Sector 6 of the Cañada Real, will now be burning more rubbish than ever while those who live nearby – many of whom are low-income and immigrants – have to deal with the noxious smells and toxic fumes (smell complaints shot up 42 percent in the eight months after the change). Because of the dramatic increase in volume of trash, which arrives unsorted and can’t be recycled, the plans to phase out the incinerator are now on hold.

Spain has been referred to European Court for “systematically” disregarding air pollution laws.

Providing clean air is a requirement for being in the EU, and Spain has been referred to the European Court for consistently failing on that front, specifically in Madrid, Barcelona, and the industrial area of Baix Llobregat in Cataluña. Being referred to court shows not only a failure to meet the EU air standards (since becoming legally binding in 2010, Madrid has never managed to achieve this), but also indifference to the problem and not adopting policies that tackle the problem.

The PP platform on sustainability for the Madrid elections primarily revolves around the “Incentive for Decarbonisation Plan,” which prioritises the freedom of businesses and vehicle-owners by giving them incentives to voluntarily cut back on polluting without requiring it. After 26 years of continuous PP government in the Spanish capital region, Madrid has lagged behind not just the rest of Spain but the rest of Europe when it comes to the environment.

All of the left-wing parties – PSOE, Podemos and Más Madrid – make clear that changing course from the current policies is a campaign priority. Instead of using language like “freedom” or “incentives,” as the PP are doing, they talk about turning Madrid into a world leader when it comes to sustainability. One of the most successful policies during the Ahora Madrid leadership (a left-wing platform backed by Podemos and Equo) was Madrid Central, and Podemos and Más Madrid want to bring that same strategy to the rest of the Comunidad in cities with over 50,000 residents. It’s just one part of the extensive list of Podemos and Más Madrid pledges, which point out that “in the face of the ecological crisis there is no plan B, there’s just one planet.” It sounds obvious, but looking back at the past 26 years of government in Madrid, that declaration is actually quite revolutionary.

Brian McMahon is a travel writer and editor originally from San Francisco. Even though Madrid will always be his home and favorite city, you can currently find him in Menorca where he’s learning about sustainable travel and eating a lewd amount of chopitos. Visit his website here and follow him on Instagram.

HELP US GROW MADRID NO FRILLS